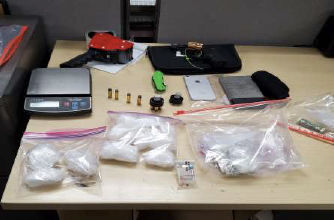 Drugs found in a vehicle search on Aug. 1 in Payson. 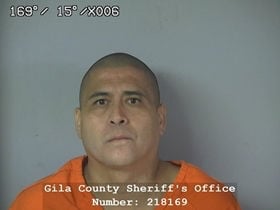 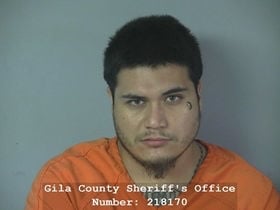 On Monday, the Payson Police Department announced it had arrested two alleged drug traffickers passing through town at the beginning of August.

A Payson officer pulled over a vehicle reportedly driving erratically through town at 10:45 p.m. on Aug. 1.

Gabriel Delgado and Andrew Delgado, both of Chandler, reportedly said they were headed to Nebraska, according to a press release.

The officer called for a Gila County Sheriff’s Office deputy and his K-9 Falco to respond to search for illegal drugs in the vehicle.

Falco alerted to the vehicle and officers found 12 bags of methamphetamine in the trunk with a total weight of approximately one pound.

During the investigation, officers determined both men were using cocaine while traveling through Payson, according to the release.

Because of COVID-related cancellations, the police department’s K-9 in-training Loki has had his certification delayed.

“However, Loki also responded to the stop and was deployed as an in-field training experience,” according to the release. “Loki showed his drug sniffing ‘chops’ and also alerted appropriately. Soon our K-9 recruit will be an officer.”