The PPD found more than 8 ounces of meth in a vehicle recently. 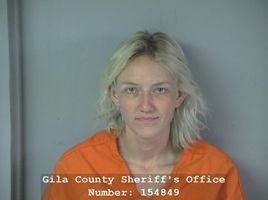 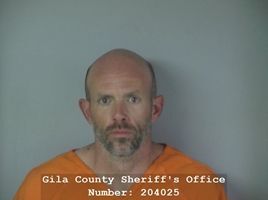 Police have arrested two people they believe are behind a string of burglaries in Payson.

But these weren’t the normal vehicle burglaries police have seen in years past where thieves would take items from unlocked vehicles, primarily at homes.

Surveillance footage gathered from several of the scenes showed what police believe is the same man smashing vehicle windows and then grabbing whatever items of value he could find. The break-ins happened at hotels, including Motel 6, Quality Inn, Budget Inn and twice at Majestic Mountain Inn, said Det. Ben Keith.

“In multiple surveillance videos, the male suspect was seen wearing the same clothing while smashing the windows of the victim’s vehicles,” Tischer said. “He would then grab what he could and depart the scene in the same vehicle each time.”

The thief used several of the credit cards at local businesses where police collected surveillance footage showing him using the cards, Keith said.

Police informed local law enforcement agencies about the vehicle they were looking for as well as the suspect.

On Dec. 4, PPD officer Gomez recognized the suspect’s vehicle while off duty and reported it.

Officers located the vehicle and arrested Kayla Cranford, of Star Valley, and Ryan Scovel, of Pinetop.

During the arrest, a sizable amount of stolen property worth more than $25,000 was discovered in the vehicle. Also in the vehicle was 8.3 ounces of methamphetamine with a current street value of $28,684, Tischer said.

Police found receipts on Scovel for goods he had reportedly bought using the stolen credit cards.

The investigation is ongoing to locate additional victims of these crimes.

The detectives say they believe there are other victims in New Mexico, California, Nevada and New Mexico.

Tischer said he is proud to see the case wrapped up so quickly.

“This really goes to show how dedicated the police officers are here. They all live in the community and even when they are off duty they are still working,” he said. “That doesn’t happen everywhere.”

Tischer reminded everyone to remove valuables from their vehicles and if you do have valuables in your vehicle, keep them out of sight.