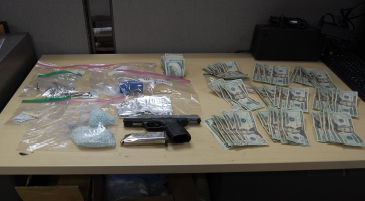 Drugs and cash seized during a traffic stop by the Payson Police Department. 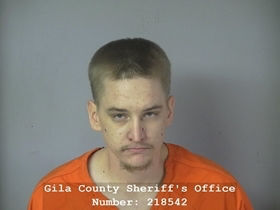 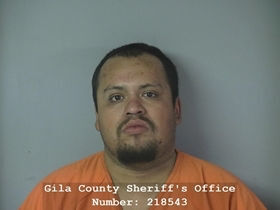 During the search, officers located approximately a half pound of fentanyl pills (estimated at 2,200 pills with a street value of $22,000) along with packaging materials for street sales.

Officers determined that the subjects were going to Nebraska.

Mathew Russell, of Glendale, and Michael Rivera, of Peoria, were arrested on various weapons misconduct and drug charges. Russell was also arrested for reportedly driving under the influence.