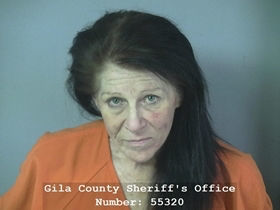 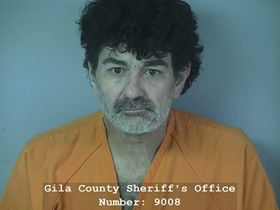 Five people were arrested on drug charges recently, the result of a lengthy heroin investigation, according to the Payson Police Department.

On the evening of July 5, undercover officers were tracking Patrick (Coty) Chester, of Payson, who they believed was selling heroin in the Payson area, according to a press release.

Officers stopped Chester on a felony warrant for narcotic drug related charges. They arrested Chester, along with his passenger, Mindy Shanks, of Phoenix, after reportedly finding methamphetamine and heroin in the vehicle. Both were reportedly armed with handguns, according to the release.

After the stop, officers got a search warrant and went to Chester’s home. During the search, officers found meth, heroin, firearms and a significant amount of drug paraphernalia.

Arrested at the home were Adam Boegeman, 53; Kathy Sain, 60; and Earl Cline, 49; all of Payson. Boegeman and Sain were arrested on charges of possession of dangerous drugs, possession of narcotic drugs and possession of drug paraphernalia.

“The incident was a continuation of a lengthy heroin sales investigation,” said Police Chief Don Engler.