Sign Up
Log In
Purchase a Subscription
You are the owner of this article.
Edit Article Add New Article
You have permission to edit this article.
Edit
Home
CIRCULATION OPTIONS
News
Schools
Opinion
Sports
Multimedia
Outdoors
Local Events
Classifieds
Legals
Obituaries
COVID-19
1 of 11 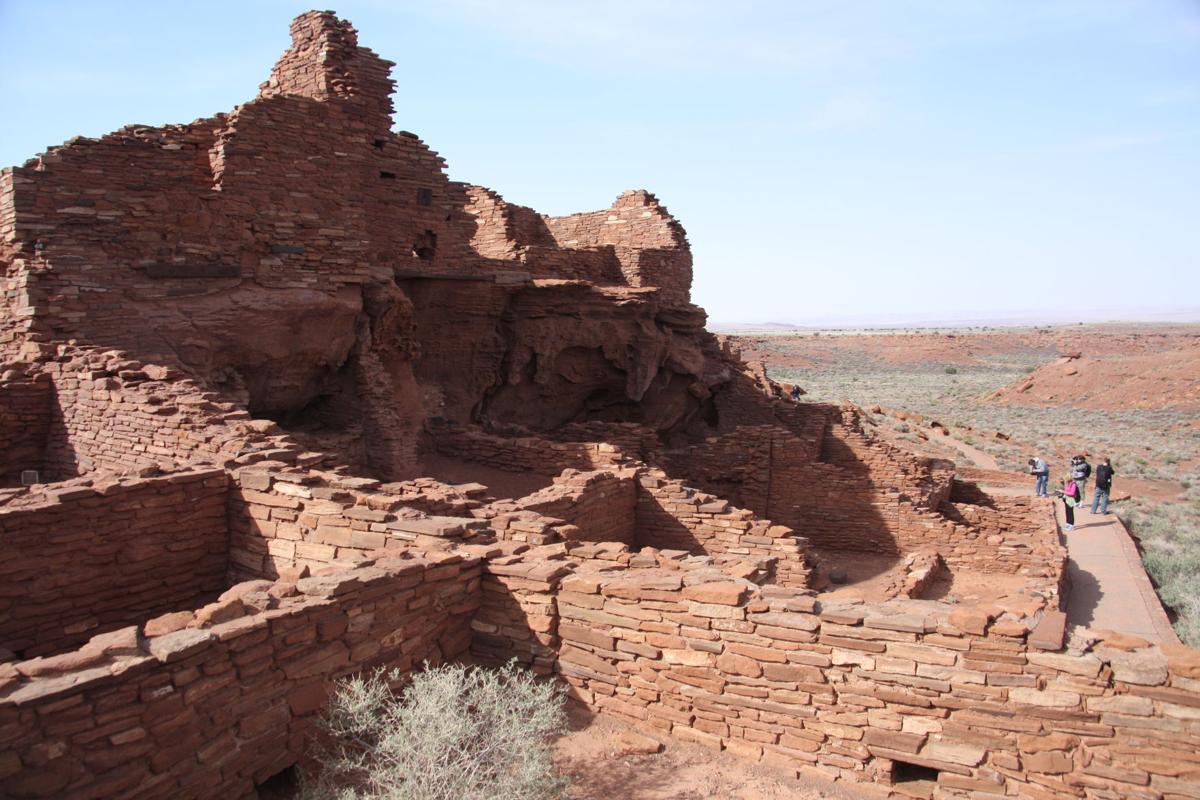 New research shows that climate shifts caused population crashes and spikes in the Southwest — including sites like Wupatki, near Flagstaff. 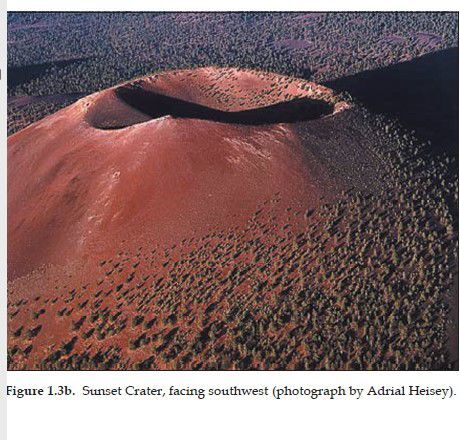 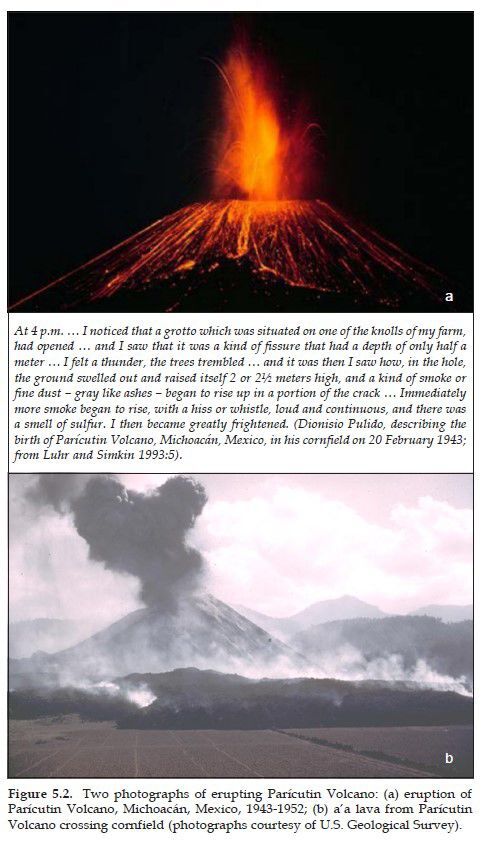 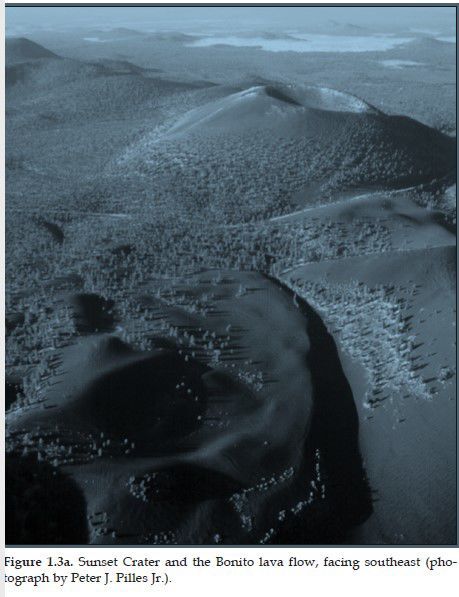 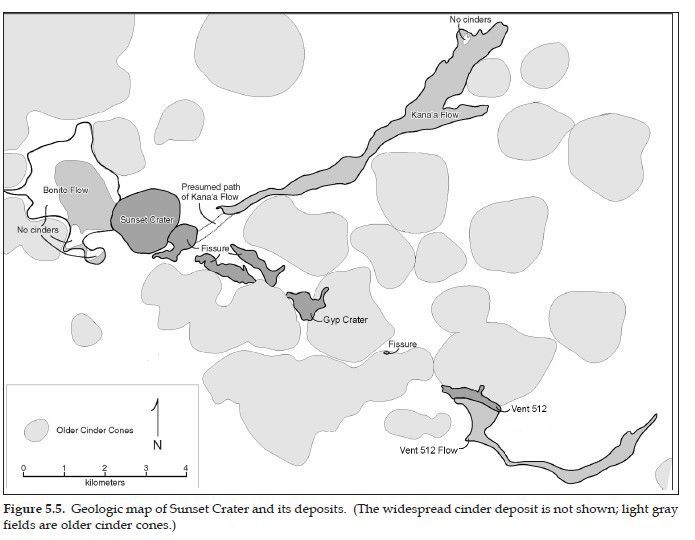 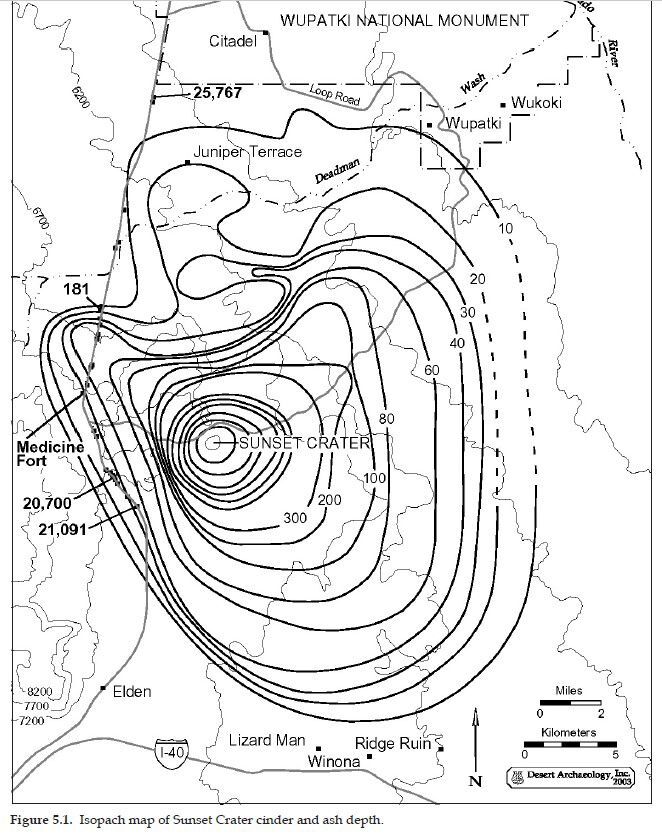 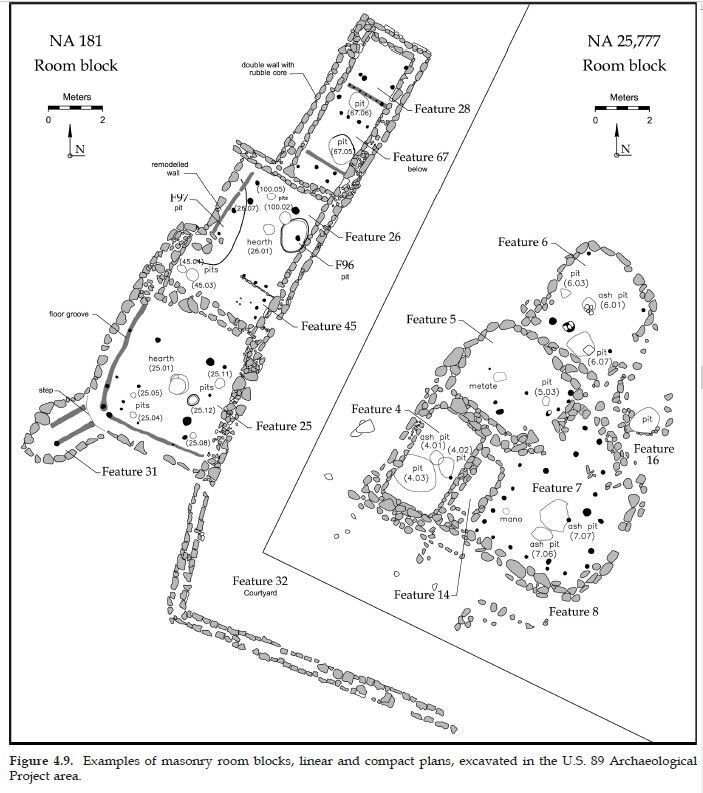 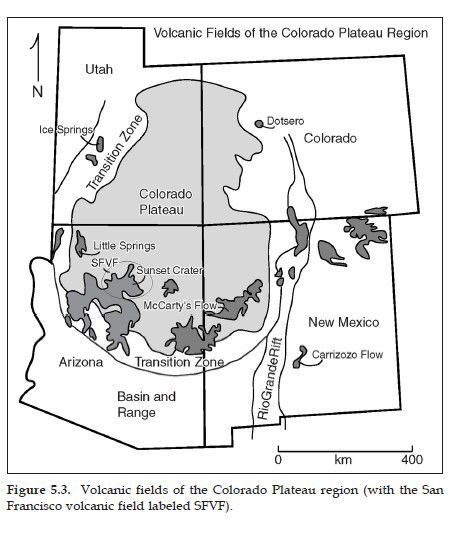 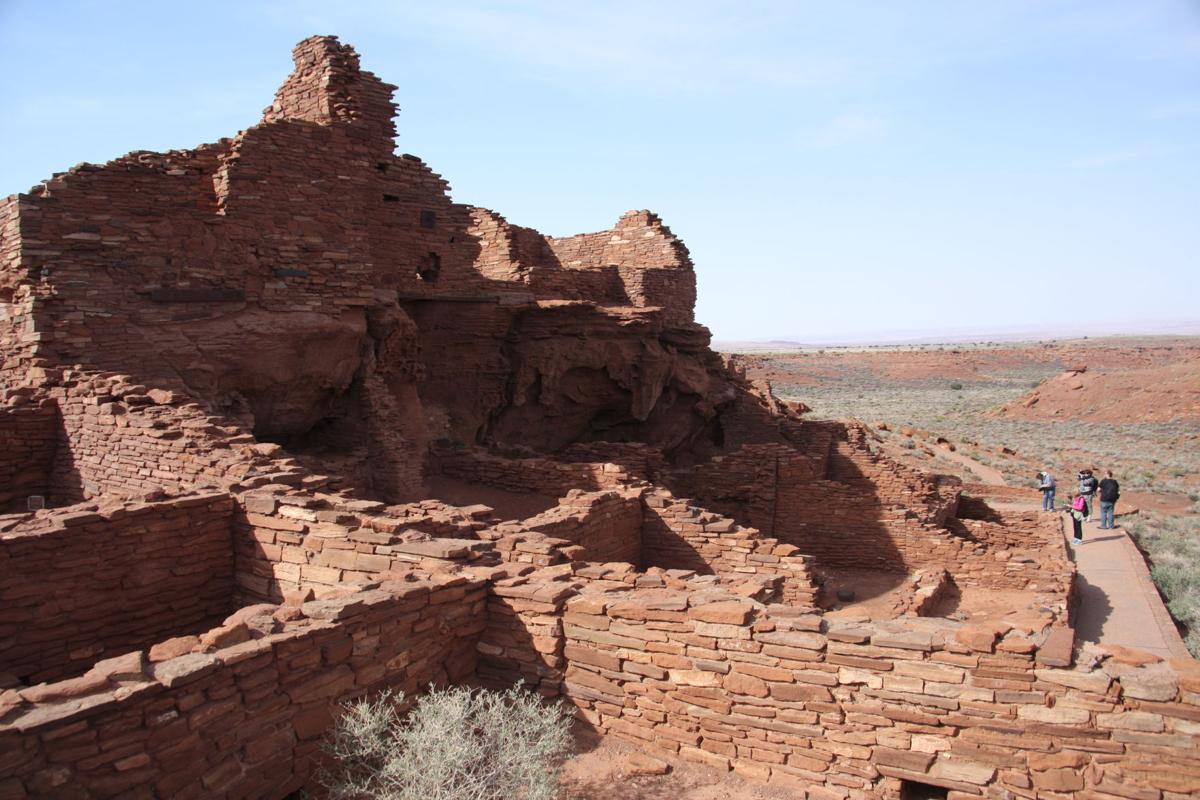 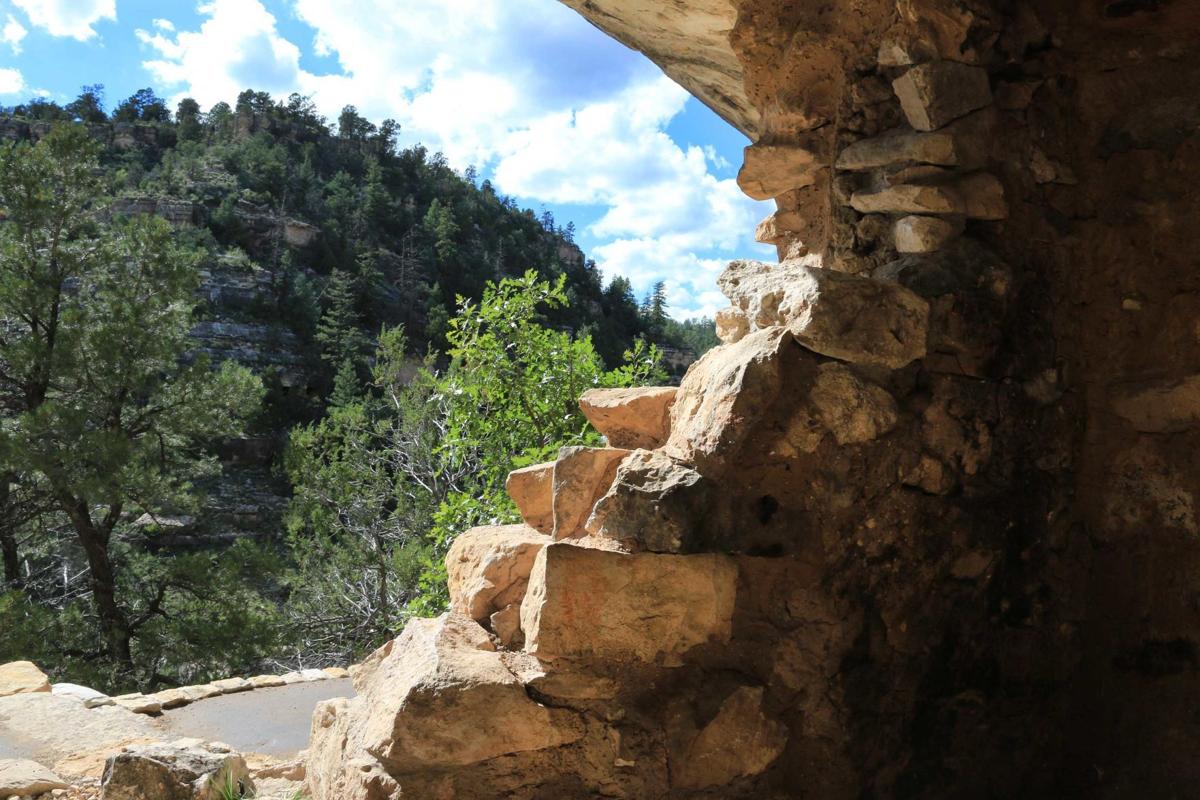 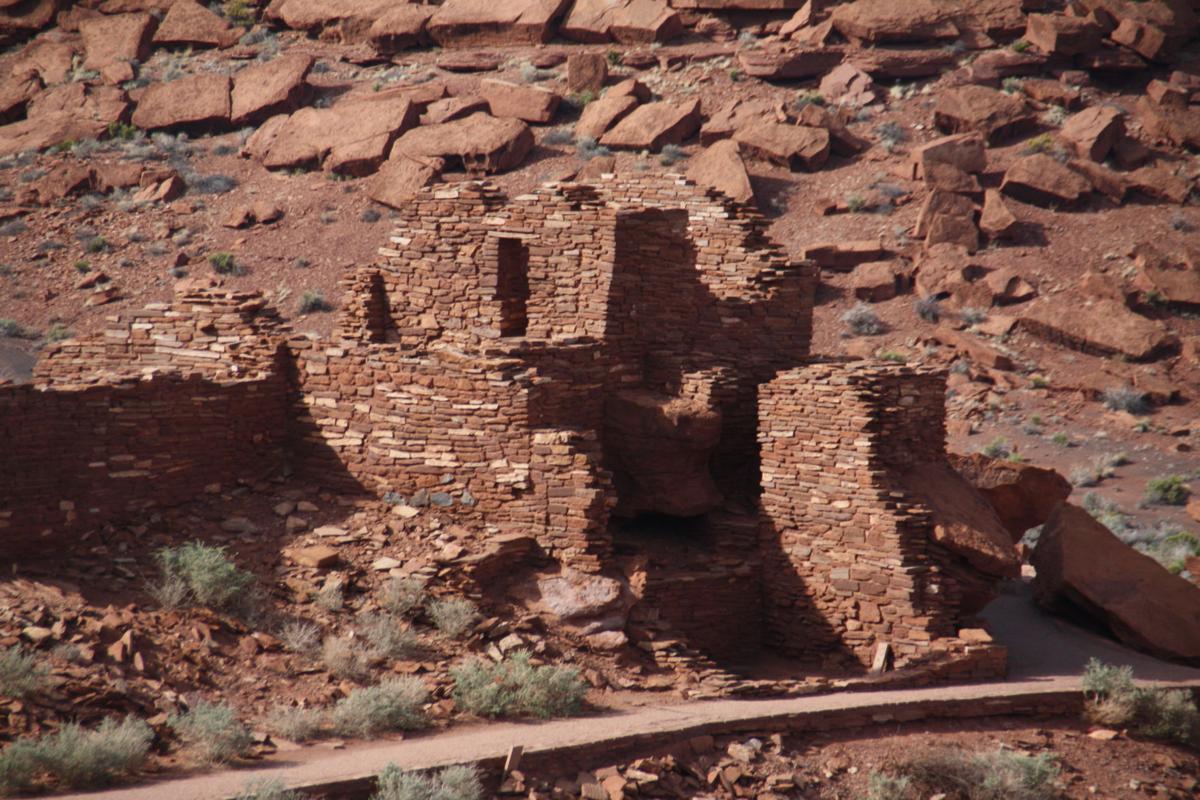 New research shows that climate shifts caused population crashes and spikes in the Southwest — including sites like Wupatki, near Flagstaff.

The cataclysmic explosion of the Sunset Crater volcano more than 840 years ago devastated nearby settlements with fury and fire, burying their homes and farms in a rain of ash and cinders. Thousands of people fled their destroyed homes in awe, terror and disarray.

But here’s the thing.

That same titanic eruption laid the groundwork for a population boom that led to the construction of the thriving complexes in Walnut Canyon and Wupatki that still draw visitors today.

And that’s a useful lesson for a new civilization, battered by drought and climate change and staggering through a global pandemic.

The Sinagua whisper — don’t despair — you never know how a disaster will play out if you keep your wits about you.

This half sobering, half hopeful conclusion emerges from the dense summary of the excavation of 41 archaeological sites before Arizona widened Highway 89, which runs through the edge of the area most affected by the eruption of Sunset Crater. The 250-page report was edited by Mark Elson and produced by Archaeology Southwest. The report summarizes research by others that the Archaeology Southwest researchers cite in interpreting what they found in the 41 newly excavated settlements.

The study adds layers of analysis and interpretation to a century-long effort by archaeologists and geologists to understand how the state’s most recent volcanic eruption affected the highly resourceful and adaptable people who lived on corn, squash and beans plus the wild resources of the high, cold plateau around Flagstaff. The area barely gets enough growing season rain to sustain the crops like corn. Nonetheless, people lived there for centuries — often on the edge of subsistence — even before the disaster.

The Hopi on their high plateaus to the north still tell vivid stories and myths that remember those eruptions.

The Archaeology Southwest study of the new sites concludes that although the eruptions turned 2,000 people into volcano refugees — it also paradoxically improved growing conditions at a certain distance from the volcano. These dryland farmers abandoned areas where the ashfall was too deep. However, in areas with a light covering of cinders no more than 4 inches thick growing conditions improved. The “cinder mulch” held onto water longer, extending the growing season for a population used to living on the edge.

“Despite the stress of the eruption, the prehistoric populations who inhabited this area not only thrived, they prospered, eventually building some of the largest village sites in the northern Southwest,” the researchers concluded.

The discovery of the post-eruption population boom’s not new: It has perplexed and intrigued archaeologists for decades. But the meticulous excavation of the great diversity of settlements along the widening highway has added new context and detail to the emerging picture of the Sinagua and the Cohonina who survived droughts and freezes and even volcanoes in their long occupation of this harsh landscape.

For starters, the researchers took issue with previous efforts to date the eruptions themselves. Previous work had suggested Sunset Crater first erupted in 1066 and continued off and on for perhaps 200 years. The eruptions built the still-spectacular cinder cone, two or three major lava flows and curtains of fire spewing from a miles-long fissure. The latest eruption from the volcanic field that built Mount Humphreys covered 800 square miles with ash and cinders.

However, the most recent research suggests the eruption may have taken place in the 1080s — and lasted for weeks or months — maybe a year or two at most. The report deconstructs the tree ring studies, rock dating, and archaeological work supporting the previous estimate of an earlier eruption that went on for 200 years. The new date of 1085 is now generally accepted, based on tree ring analysis of roof beams in buried settlements, patterns of settlement, pottery and tool finds beneath ash layers and new rock dating techniques.

The study paints a picture of a terrifying, catastrophic. The top of the water table in the area was thousands of feet beneath the surface, so residents may not have been alerted as the magma moved toward the surface, heralded by fumaroles, mass release of carbon dioxide and other portents produced by modern, well-studied cinder cones.

However, at some point a six-mile- long fissures in the earth opened up, releasing a curtain of fire. The eruptions would have created a continual, terrifying roar louder than any sound the people living there had ever heard. The eruptions built the 1,120-foot-tall cinder cone, now protected as a national park. Lava flows followed, including the 1.6-mile-long Bonito flow and the 6-mile-long Kana-a flow. Sunset Crater was protected as a national park following a public outcry about plans to blow up the side of the cinder cone to create an avalanche for a movie.

The highway excavations concluded that thousands fled from the eruptions. However, as the eruptions subsided, they moved back into the area. Previous studies had speculated that the area was re-settled by outsiders, but the more recent evidence suggest the adaptable Sinagua returned, shrewdly finding the areas where the layer of ash was just thick enough to retain moisture and support crops. They built the impressive ruins of Walnut Canyon and Wupatki in the new growing zones, as well as hundreds of other small settlements and family compounds scattered widely across the plateau.

“It is proposed that the inhabitants of the Sunset Crater were, in many ways, pre-adapted to deal with the eruption,” concluded the researchers, “1) the absence of a hierarchical social system that allowed for rapid, site-level decision making; 2) an already in-place risk-reduction agricultural strategy; 3) a flexible settlement system and 4) the ability to freely migrate, are seen as primary factors in this successful adaptation.”

The Sinagua had thrived in the area for centuries through an intimate knowledge of the land, so they would make the most of the precious rainfall and seasonal resources. The settlement patterns show great flexibility and autonomy, without a rigid class system or many signs of warfare or conflicts between groups for centuries at a time. People stored crop surpluses, shifted their fields as necessary and always prepared for the next drought or freeze.

So when the volcano inflicted massive change and disruption, they proved flexible and adaptable, the researchers concluded.

It’s a lesson worth remembering in our new era of megafires, drought, pandemics and predicted water shortages.

“The results of this investigation may be particularly significant today, given changing climatic conditions and increased population movement into potentially hazardous areas,” the researchers concluded.