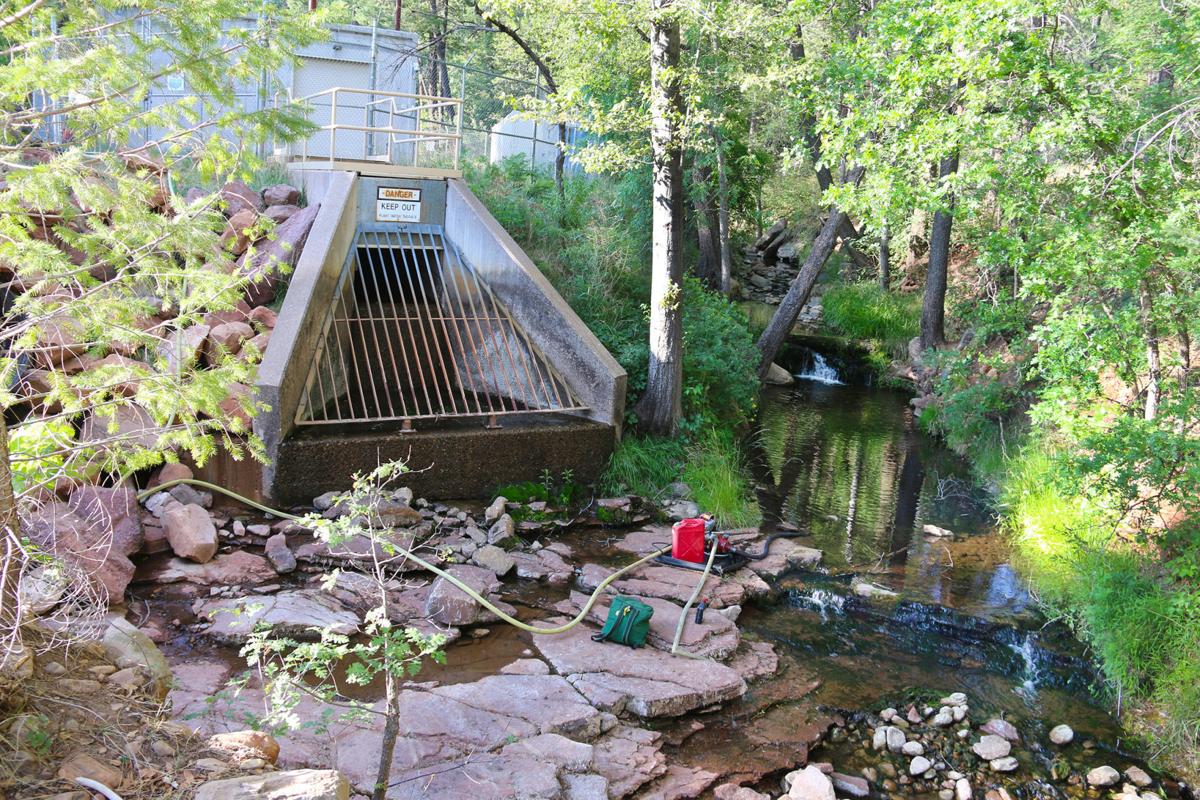 A Hotshot crew heads for their buggies after mopping up the .68-acre Shadow Fire near Washington Park. The firefighters got to the fire within 10 minutes after the first report of smoke. 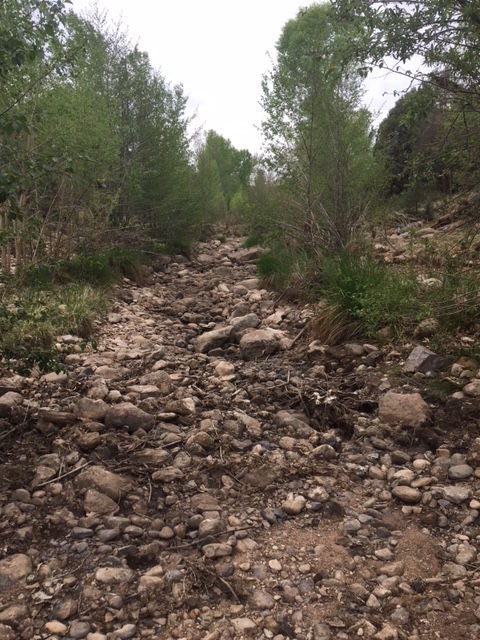 The lack of water in the C.C. Cragin Reservoir this year has stopped the pumps and nearly dried up what was a great trout stream last summer. Only a spring-fed stretch above Washington Park has water.

A Hotshot crew heads for their buggies after mopping up the .68-acre Shadow Fire near Washington Park. The firefighters got to the fire within 10 minutes after the first report of smoke.

The lack of water in the C.C. Cragin Reservoir this year has stopped the pumps and nearly dried up what was a great trout stream last summer. Only a spring-fed stretch above Washington Park has water.

The East Verde’s drying up.

But truth be told — we don’t have it so bad.

Most of the rest of Arizona’s now slipping into a dramatic water crisis — with no easy solution in sight.

Although the lack of a snowpack this winter left the C.C. Cragin Reservoir empty, long-range projections suggest the 3,000 acre-feet of water from the reservoir in normal years will make Payson one of the few places in the state with an assured, long-term water supply. Better yet, in most years much of the C.C. Cragin water will go into Payson’s underground water table — insurance against future droughts.

The rest of the state’s not so lucky.

Lake Powell and Lake Mead are close to record low levels — although not quite down to the 2011 low point. Projections put them at a combined 48 percent of capacity by September — even with good monsoon rains.

Without an above-average winter, the giant reservoirs could drop to 44 percent by next April — very close to water rationing.

Mind you, even if the river users resolve their differences and figure out how to ration water through the drought — Arizona still has a serious “drinking problem,” according to Arizona State University researcher John Sabo.

Sabo calculated that to manage its resources long-term in an era of deeper, longer droughts, we would have to use no more than 40 percent of the available surface and groundwater from the Colorado River Basin. Instead, we’re using 76 percent — which means we don’t have enough to nurture future growth or ride out a drought.

Sabo noted, “My take is we’re already beyond the point where we have enough insurance against the bad years, which is why a year and a half ago we started talking about rationing before it started raining in December.”

He noted that farming accounts for 77 percent of the water use by humans in Arizona. For instance, growers in Yuma produce almost all of the nation’s water-intensive crop of lettuce in the winter, although Yuma gets an average of about 2 inches of rain annually.

Sabo said the Southwest would have to cut its water use by 60 percent to make the water supply sustainable in the long-term. However, Maricopa County’s population grew by 24 percent from 2000 to 2010 — and projections envision a population of 7.8 million by 2030.

That makes the current dispute over the Colorado River reservoirs a high-stakes problem for Arizona.

The dispute started with the release of documents from the Central Arizona Project, which manages the federal, $5 billion pipeline from the river to Phoenix and Tucson. The documents revealed CAP’s efforts to move as much water as possible from Lake Powell — which stores water for the upper basin states — and Lake Mead, which holds water for the lower basin states.

Next, the Arizona Legislature failed to adopt a water conservation plan required by the federal Bureau of Reclamation, which paid for the CAP pipeline and manages the two giant reservoirs.

Under current policy, when Lake Mead falls to a certain level Arizona and Nevada could lose their share of water — since their rights have the lowest priority. California has the highest priority water rights.

However, California agreed to share in the rationing if all the other states developed water conservation plans. Arizona is the lone holdout. Efforts to develop a conservation plan in the Legislature floundered on the plight of central Arizona farmers — who could face a dire financial situation if the CAP cuts off water deliveries.

Meanwhile, Arizona lingers in extreme to exceptional drought — with the worst of the drought encompassing northern Gila County and much of Apache and Navajo counties.

The SRP reservoirs on the Salt and Verde rivers are just 54 percent full — compared to 71 percent at the same time last year. Roosevelt Lake has shrunk to 49 percent full — roughly 800,000 acre-feet. Tonto Creek has dried up before it reaches Roosevelt and the Salt River has 41 percent of its normal flow. The Verde River’s doing better, with 78 percent of its normal flow.

All of which demonstrates the vital role of the C.C. Cragin Reservoir in Rim Country’s future.

The reservoir holds about 15,000 acre-feet of water, but ended this winter at just 22 percent of its capacity. As a result, for the first time in years the Salt River Project never started the pumps up in the spring. This prompted the East Verde to dry up and prevented Payson from opening its nearly-completed water treatment plant and taking delivery of its first 3,000 acre-foot allotment.

Currently, Payson uses about 1,800 acre-feet annually from its network of wells. Those wells were dropping quickly before Payson imposed tough water conservation rules prior to the last recession in 2008. Since then, well levels have stabilized.

The delivery of 3,000 acre-feet annually from the pipeline would in the short term recharge the town’s water table and in the long term provide enough water for a town of 30,000 to 40,000.

So while most of the rest of Arizona is facing the prospect of water rationing and falling water tables, Payson will instead have to figure out what to do with a 160 percent increase in its long-term water supply.

And a wildfire doesn’t sear the watershed and fill the reservoir with mud.

In that case, we’ll be back in the same beached boat with everybody else.