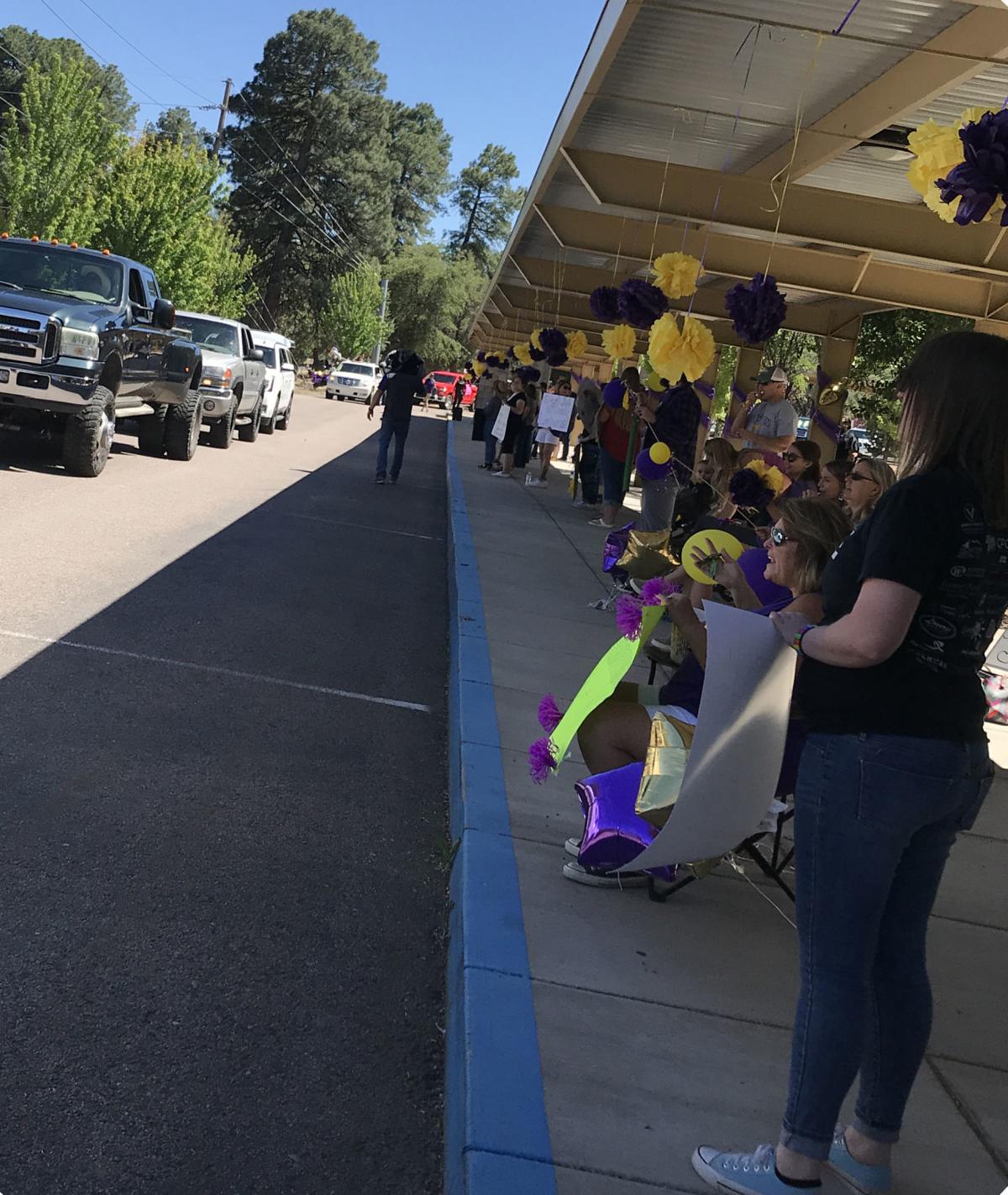 RCMS staff cheer May 21 during an end-of-year celebration. 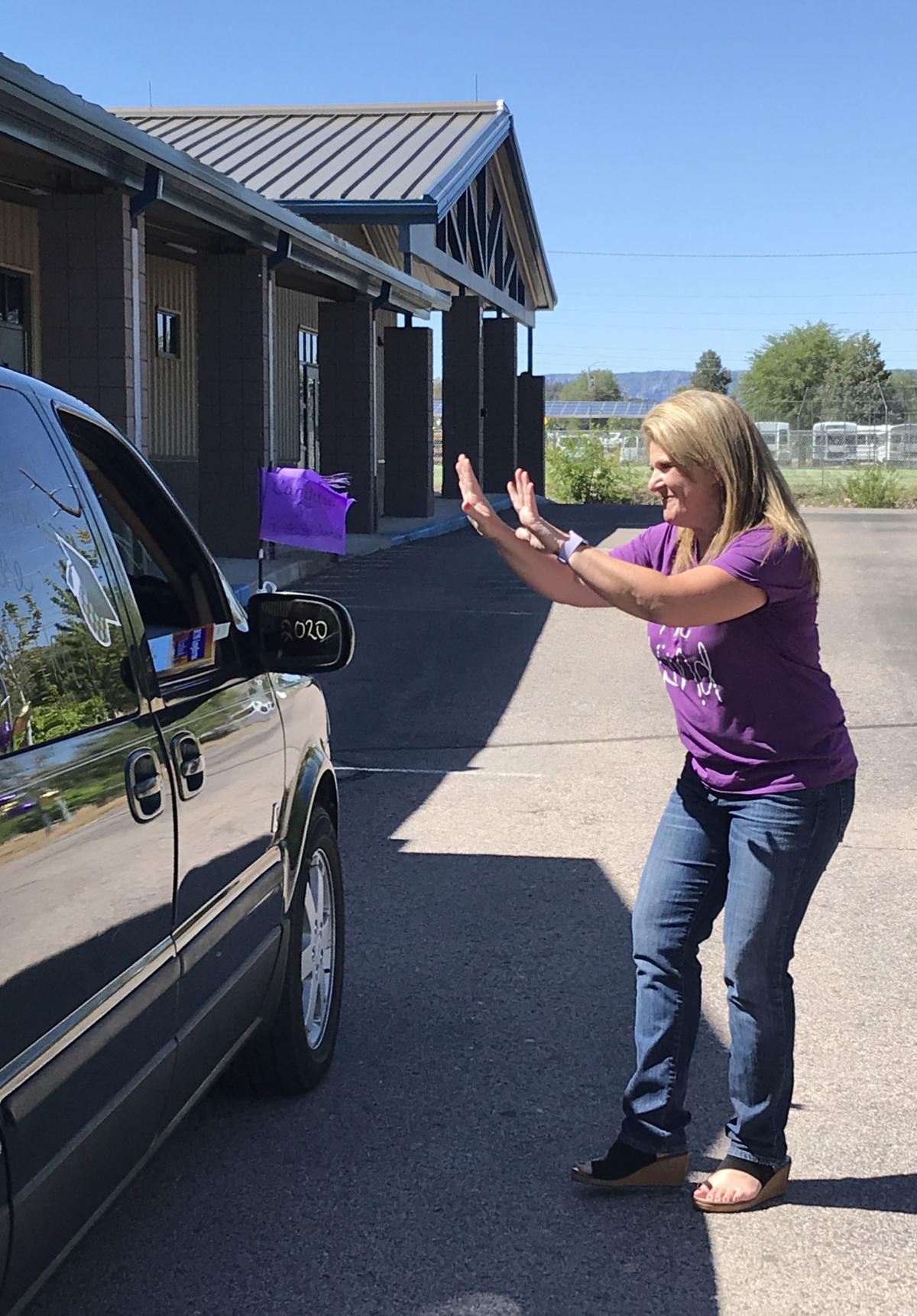 RCMS Principal Jennifer White waves to students May 21 during a drive-thru graduation ceremony.

RCMS staff cheer May 21 during an end-of-year celebration.

RCMS Principal Jennifer White waves to students May 21 during a drive-thru graduation ceremony.

“Faced with the prospect of no promotion ceremony for the eighth graders this year, a small committee of teachers and Principal Jennifer White met early this week and brainstormed a solution,” said Lisa Tan, choir teacher.

Some 150 eighth grade students collected the diplomas on May 21 as staff cheered from a safe distance. Staff had decorated the student pickup and drop-off area with streamers, balloons, posters and tissue paper flowers.

“By 2:15 a long line of cars had already formed down Meadow Street and Wade Lane, and staff members buzzed with excitement at the thought of seeing their students one last time,” Tan said. “Right on time, Ms. White and her administrative staff, stationed at intervals along the lane, began welcoming the occupants of each car individually as it moved slowly past those on the sidewalk. At the beginning of the lane, music blared, each student’s name came clearly through a makeshift PA system, and teachers called out their congratulations.”

It was a final send off for principal Jennifer White, who is leaving the district.

White handed out certificates of promotion and yearbooks at the end of the lane “as many students waved and reached with outstretched arms toward Mrs. White for an “air hug” saying, ‘We’ll miss you Ms. White!’” said Kathy Siler, Payson High School theater director, who took photographs of the event.

“The RCMS staff is enthusiastic in everything they do,” Siler said. “The high-spirited curbside celebration was colorful and inspiring.”

Siler said it was also nice to see many vehicles had been decorated with signs, balloons, paint, and streamers honoring their eighth grader.

“Celebrating student success is the most rewarding aspect of being a teacher. Promotion Day is the ultimate celebration,” Siler said.