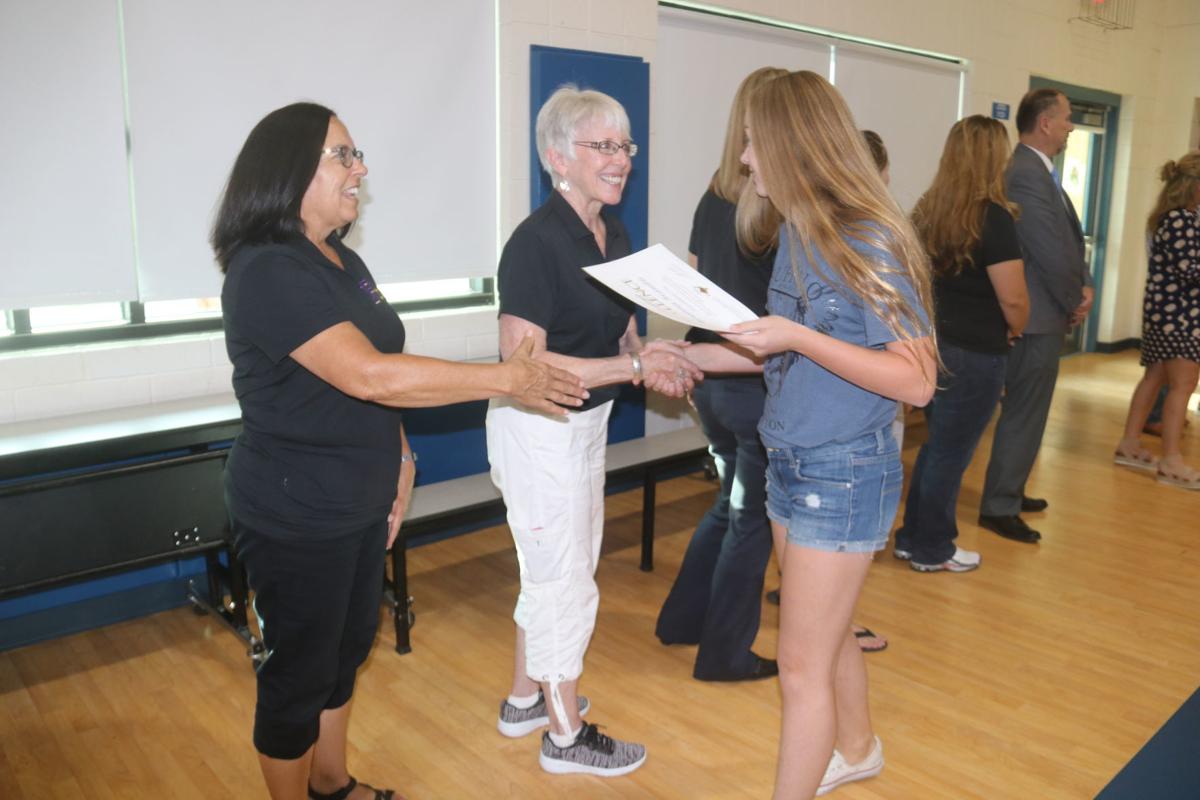 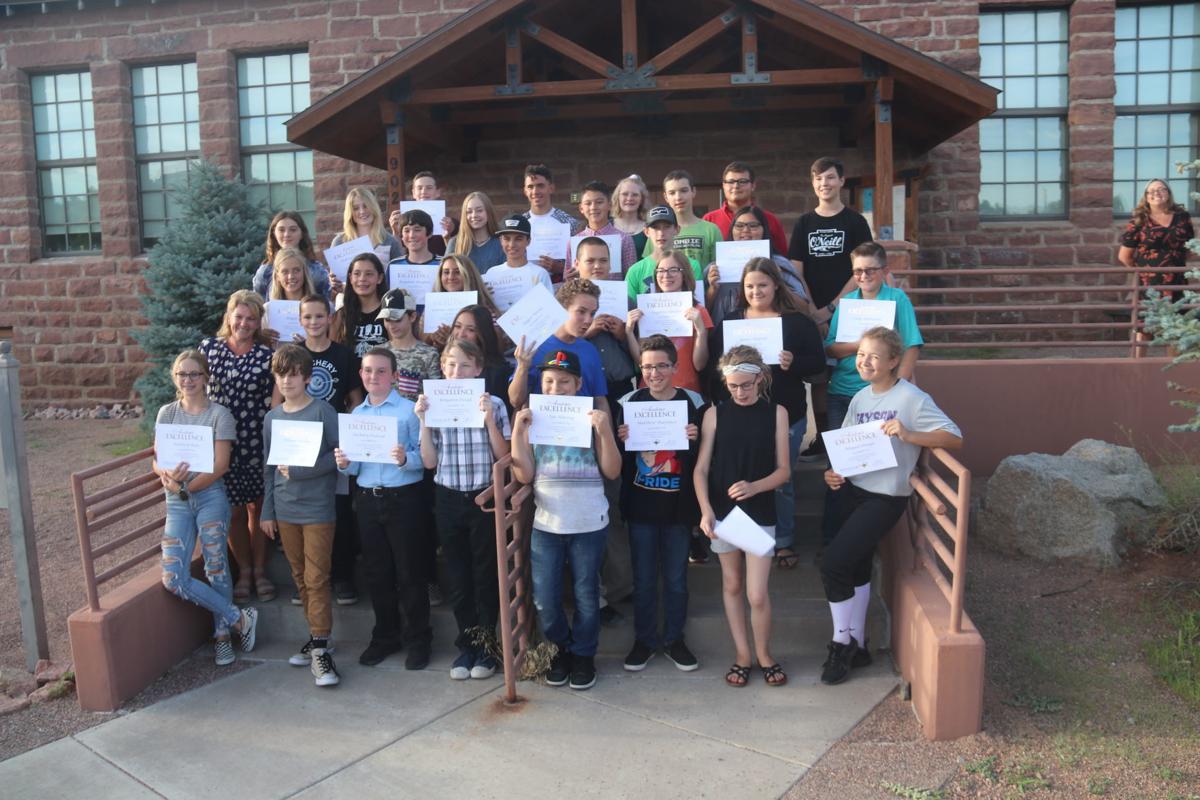 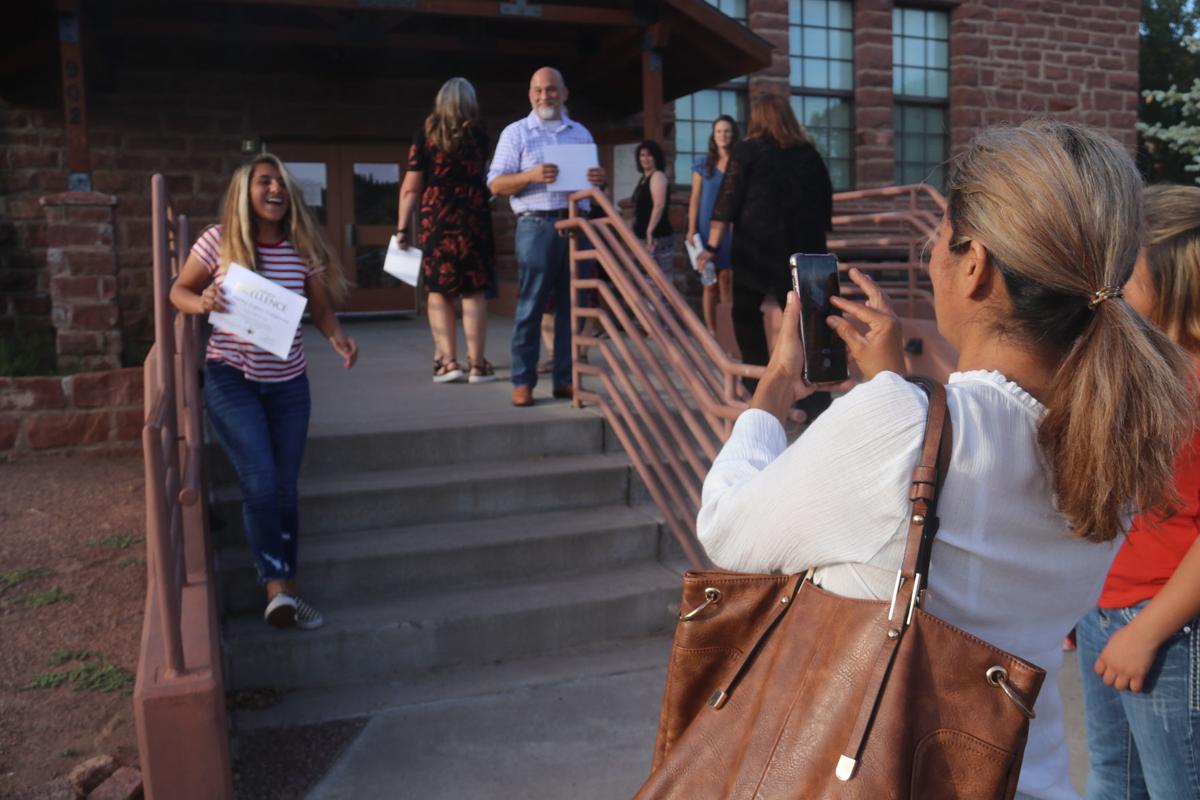 A proud parent takes a photo after the school board recognized their child.

A proud parent takes a photo after the school board recognized their child.

The top-scoring 6th, 7th and 8th grade students crowded into the JRE gym to get their certificate as proud parents looked on. As their names were called, each student walked along the handshake line, which included Principal Jennifer White, the five school board members and Superintendent Stan Rentz.

The students will all get their names inscribed on plaques along with the top students from years past, to hang in the district offices and at school sites.

Afterwards, the students posed on the steps of the district office building outside the board meeting room so excited parents could snap pictures of students who have excelled on the standardized test critical to the districts state school report card.

More importantly, the high scores mean students are much more likely to graduate near the top of their class and acquire the skills for college or careers.

Many of the students earned top scores in both English and math.

Rim Country Middle School has improved its scores in the past several years, under the leadership of White. Some years ago, the school had a “C” rating, bordering on a “D.” Last year, the school earned a strong “B” rating, with a shot at an “A” in upcoming years, thanks largely to an improvement in student test scores.

The 2018 AzMERIT tests demonstrated that while the district’s scores have improved, most students still perform below grade level on the nationally benchmarked test.

In math, 10 percent scored as highly proficient and 26 percent as proficient.

In science, 30 percent scored as highly proficient and 32 percent as proficient.

Perhaps more alarming, only 75 percent of students in the district graduate with a diploma within four years of starting high school, according to the district’s school report card posted on the state department of education’s website.

So that makes the celebration of the district’s top students all the more critical.

The following students scored as “highly proficient” on the 2019 AzMERIT standardized test: