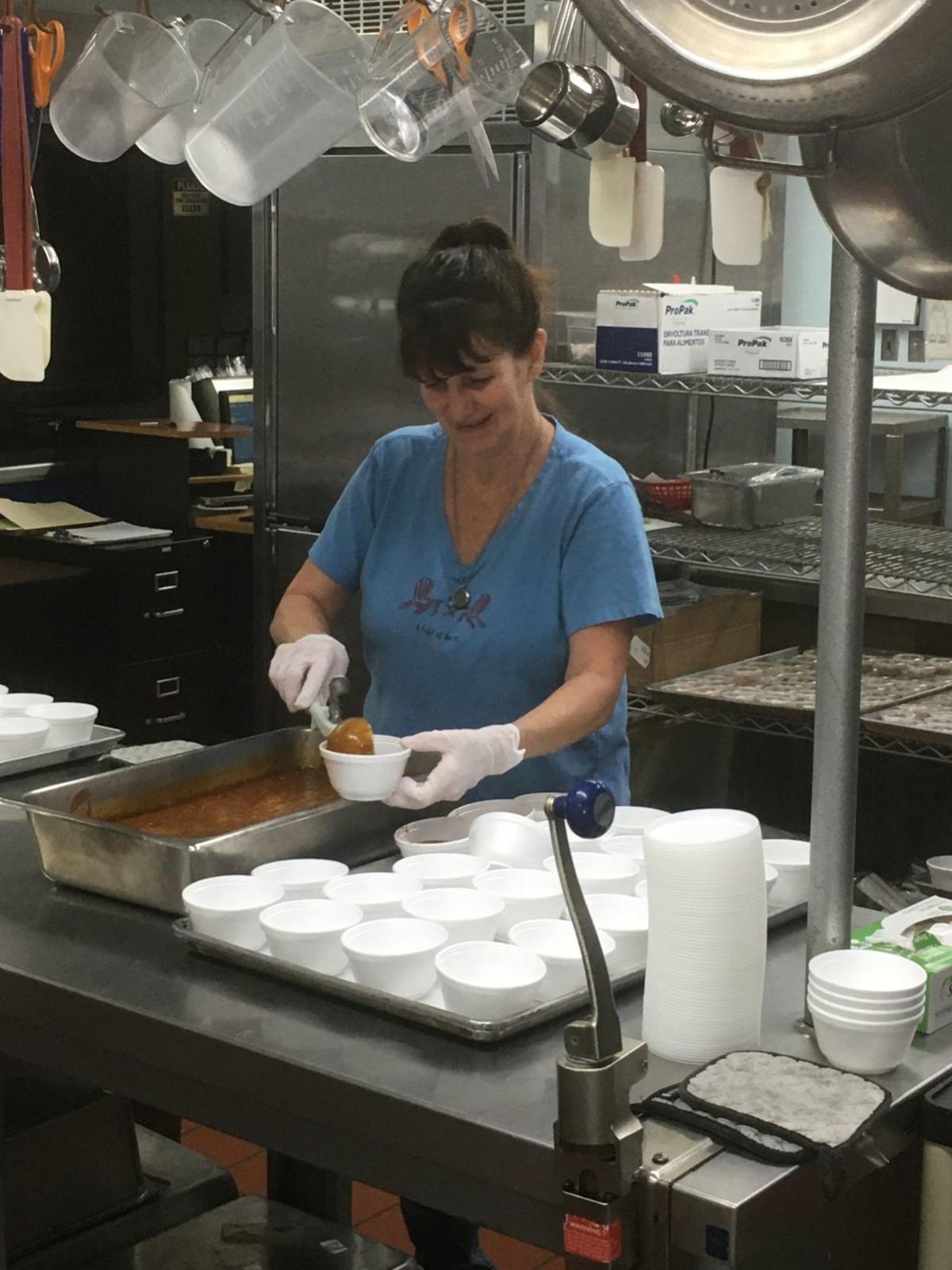 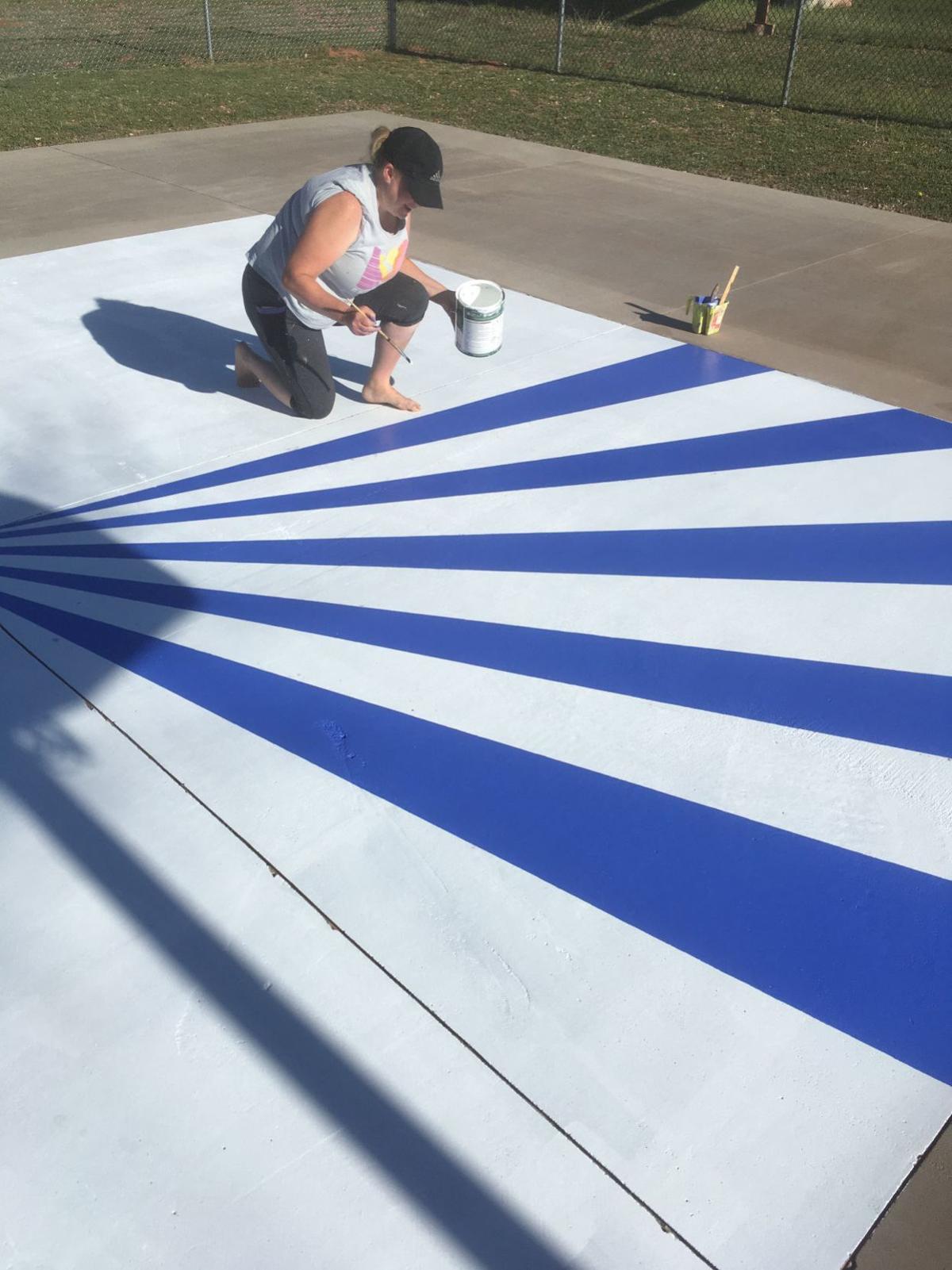 Pine-Strawberry children are being well looked after as staff and teachers learn alternative ways of teaching and reaching out, according to Kathleen Thompson, P-S Elementary superintendent/principal.

About 100 school lunches go out every weekday thanks to the cafeteria staff, made up of Erin and Mike Roggenstein, Cheryl Piazza and Andy Ward.

“It’s mostly our students within our district,” said Thompson. “We’ve had a few home-schooled come in too.”

The district will feed children up to age 18, even if they are home-schooled. Roughly 60% of P-S elementary students are on a free or reduced meal plan.

Piazza and a staff of three are making breakfast and lunch for about 100 students every weekday, starting at 6 a.m. They will continue cooking through June 30.

“We are assured they get a healthy and balanced meal once a day,” she said.

Remote learning is working fairly well for the 125 children who usually romp about the campus in Pine attending pre-school through eighth grade.

“Several staff are using Zoom and Google Classroom,” said Thompson. “A couple of the teachers are reading with their students daily (via online).”

But about 10% of students don’t have access to the internet at home. Thompson said those students are being provided home packets prepared by their teachers.

“Several K-2 still receive work packets and those are also handed out by the teachers,” she said.

Thompson said that students are performing much as they would have had they been in the classroom, some are excelling, some are falling behind and the majority are hitting the mark.

“Most of our parents have been extremely supportive of what we have been doing online,” said Thompson. “Teachers are required to reach out to parents once a week to see what the needs are, it’s all been very positive.”

Kids are eager to socialize again, Thompson said. With 11 eighth grade students preparing to promote to Payson High School this fall, she is hoping to have a “medium size” gathering for those students in the next month.

“When we are allowed to do it, we will have a celebration of the school year,” said Thompson. “The kids are really excited to see each other again, but we are kind of in limbo in what we can do.”

Technology instructor Don Lambert tossed an idea to the middle school kids via a Zoom math class recently that got students excited. He suggested they hold a ‘virtual talent show’ for middle school students, in replacement of the annual spring talent show that was canceled.

“I want to give the kids a reason to see each other online,” said Lambert. “I have had the kids produce music and we’ve worked on video a little bit.”

Students get to demonstrate any skill they want to share on a Zoom conference call. Since they are all in unfamiliar territory as long as it is socially acceptable, anything goes.

“It’s up to the kids,” said Lambert. “They can do it live or they can record it. I have no idea what to expect, to be honest. Just have fun with it, that is the whole message. I am just trying to keep them engaged with technology.”

Due on May 15, Lambert hopes, with parental permission that some of these talents will be posted to the school’s Facebook page.

Even in quarantine, our rural school has always and continues to serve as a recreational site for children and adults alike.

“We do have a lot of community members who use the track to get exercise (and) we are letting it happen, letting people make that their own decision about that,” said Thompson. She has seen a few kids here and there but never in sizable groups and mostly after school hours.

The official last day of school for this unusual year is May 22, but expect to hear from them over the summer as the quarantine lifts.