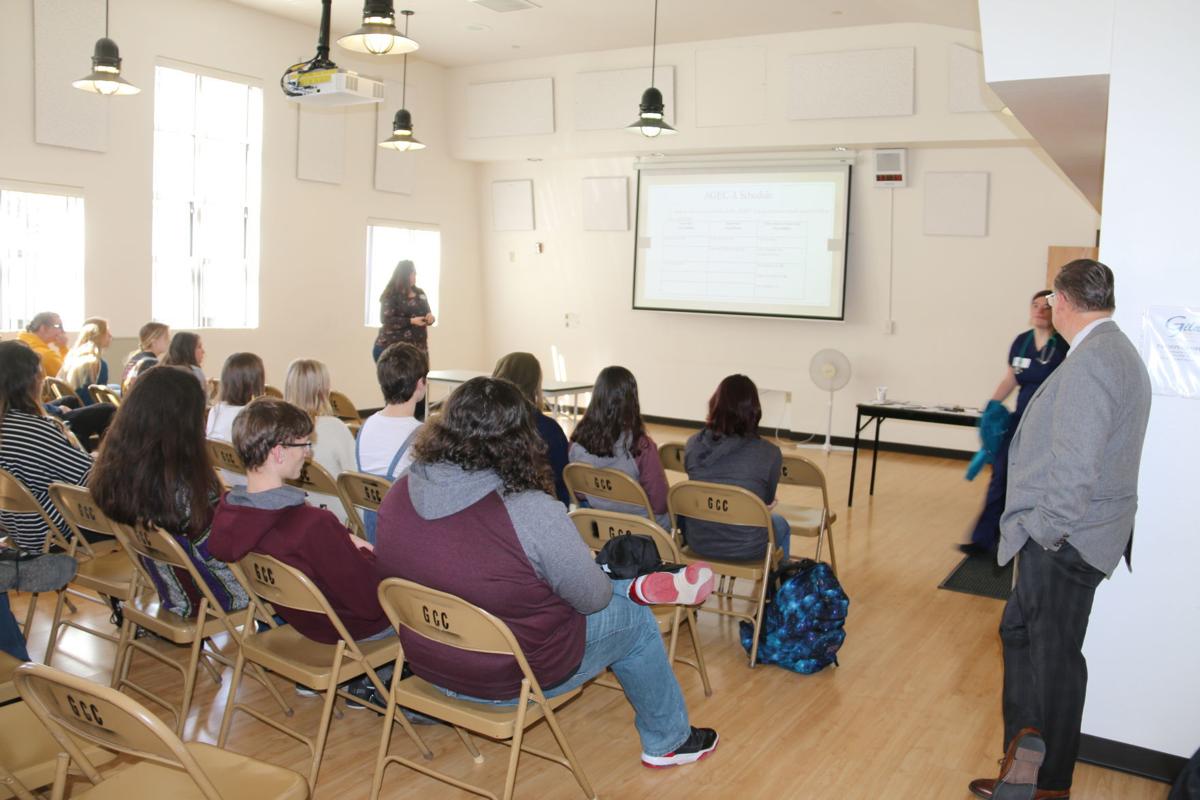 Payson High School Juniors and sophomore spent a morning at Gila Community College, learning about the free, college-level classes they can take while still in high school. 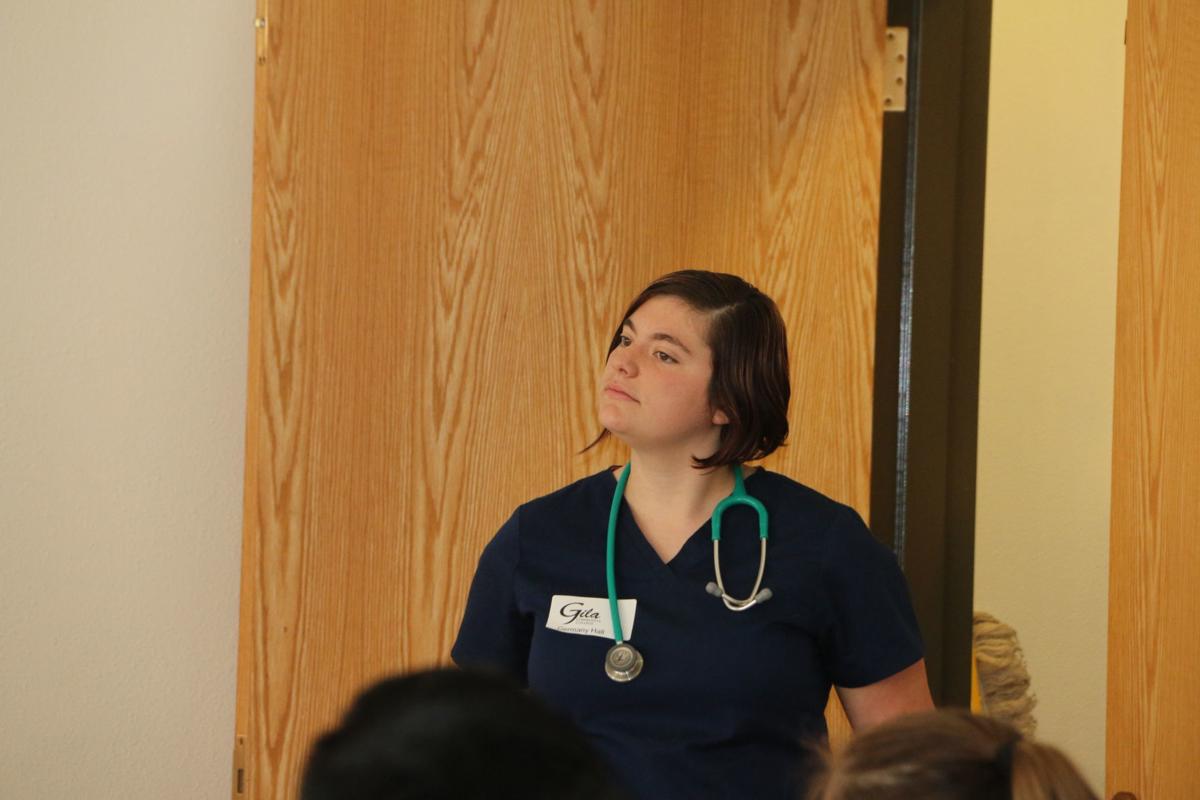 Payson High School Juniors and sophomore spent a morning at Gila Community College, learning about the free, college-level classes they can take while still in high school.

Hundreds of Payson students recently tromped through a morning of presentations at Gila Community College designed to stoke their interest in college and vocational classes — at cut-rate prices.

Like many rural schools, Payson has a relatively low rate of college attendance.

Only about half of the state’s students attend community college or a university — and only about 27 percent end up with a two- or four-year degree within six years.

A recent Arizona Board of Regents’ report on college attendance estimates only 17 percent of today’s ninth-graders will end up with a university degree.

The picture is much worse for students from rural schools and minority students, since high schools in mostly wealthy, white neighborhoods in urban areas contribute a far larger share of graduates.

To combat the trend, Payson High School juniors and sophomores attended four lectures on the GCC campus recently to make sure they know the district can give them a jump-start on their careers.

The district offers vocational classes in business, fire science, cosmetology, becoming a medical assistant and other fields at no cost to students through the Northern Arizona Vocational Institute of Technology — a vocational district serving the region.

The state cut funding for NAVIT during the recession, but has been slowly restoring support in the past two years. The state still won’t pay for classes for freshmen.

However, Payson hasn’t had enough students to take full advantage of the NAVIT programs, according to a recent presentation before the school board. For instance, Payson doesn’t have enough students to offer engineering classes, one of the most popular, career-connected programs in many other districts.

The sessions at GCC aimed to get students interested in an unusual partnership between the college and the district that could save Payson families $50,000 when it comes to getting a college degree.

The Aspire Arizona Foundation (AAF) will pay for up to three dual-credit, Gila Community College classes per semester for a Payson student.

Last year, more than 100 of the high school’s roughly 800 students received credit for at least one college class through the program, when AAF would only foot the bill for one class per semester.

Now, students might end up with one or two year’s worth of college credits by the time they graduate high school. It costs about an estimated $24,000 annually to attend Arizona State University.

The half-day session at GCC sought to interest students in both NAVIT and dual-credit classes, as well as prepare them for testing and other key moves to get into college.

“I don’t have to worry about what I’m going to do after high school. I plan to travel to third world countries to where health care is often not provided. Once you start this, you can go anywhere,” she said.

Students can take most of the college-credit courses on the high school campus.

The sessions at GCC stressed the value of accumulating college credits while still in high school through the dual-credit program.

Aspire Arizona is currently in the midst of a fundraising campaign to pay for the program. GCC offers a special rate for the dual-credit classes, charging $720 for nine units for a single student. AAF pays that cost, making the classes free for the students and their families.

The classes offered give students a chance to get a lot of their general education classes completed for free, leaving them to concentrate on the more specialized classes in their majors once they get to college. AAF-supported classes include English 101 and 102, calculus, history, computer programming and others.

Aspire Arizona hopes the program will dramatically change the educational trajectory for many Payson High School students. The college graduation rate has slipped in the past two years to about 81 percent, just below the state average. The decline contributed to the high school’s overall rating dropping to a C this year.

State statistics show college attendance closely matches family income. However, nearly half of families with children in the Payson school qualify as low-income under federal guidelines. The biggest single factor in whether a child will end up in college remains whether one or both of his or her parents went to college. However, many Payson students would be first-generation college students.

The Board of Regent’s study showed an Arizona resident with a four-year degree earns an average of $53,000, compared to $28,000 for those with just a high school diploma.

Key findings of the 2018 College Enrollment and Completion survey include:

•At the current rate, just 17 percent of today’s ninth-graders will graduate from a four-year college by 2028.

• The overall college enrollment rate has stalled, standing at 52.6 percent compared to 53.5 percent in 2012.

• Women account for 51 percent of high school graduates and 56 percent of college students.