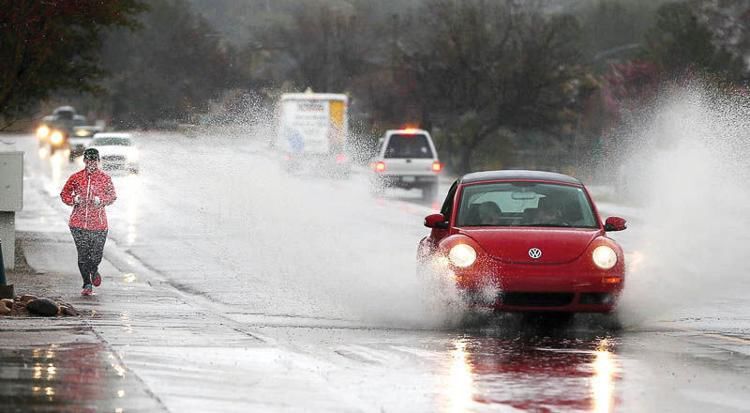 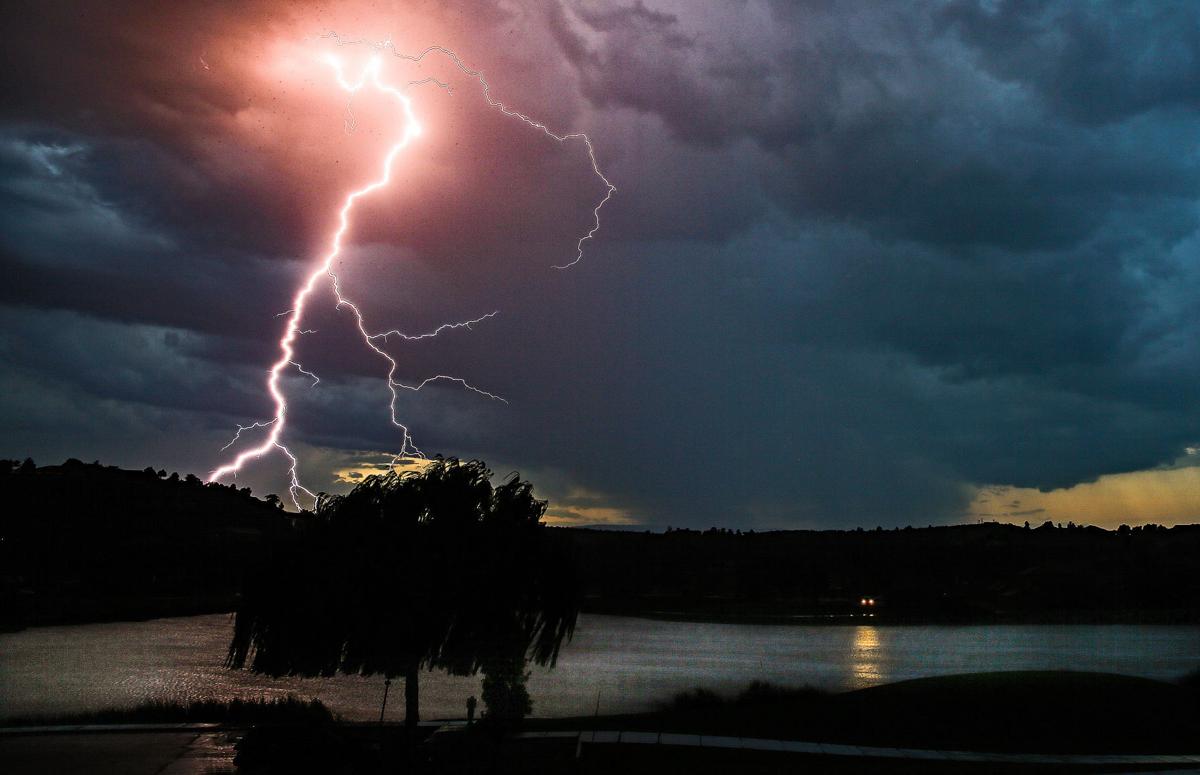 Before the monsoon arrives, Rim Country grapples with lightning. 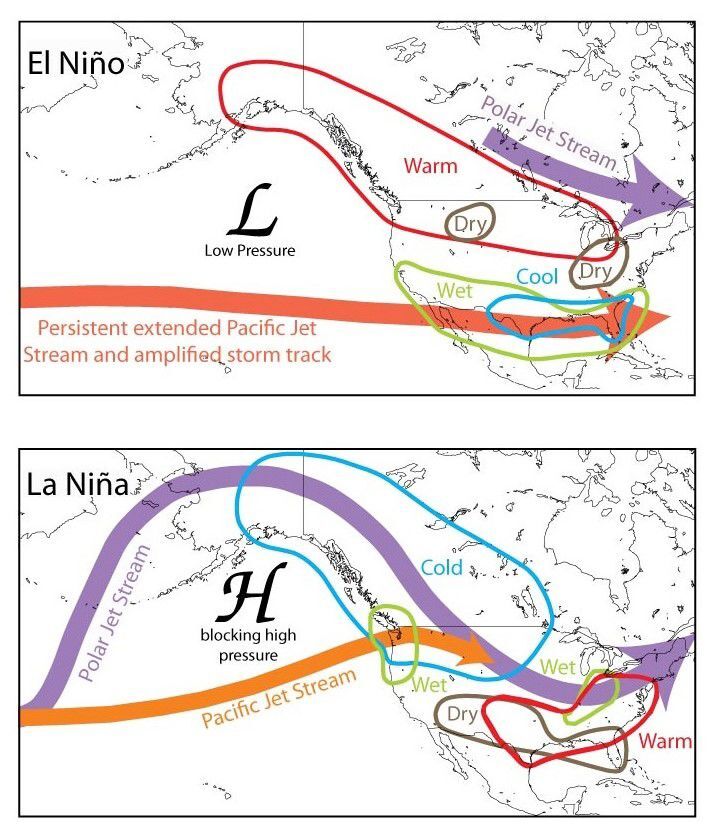 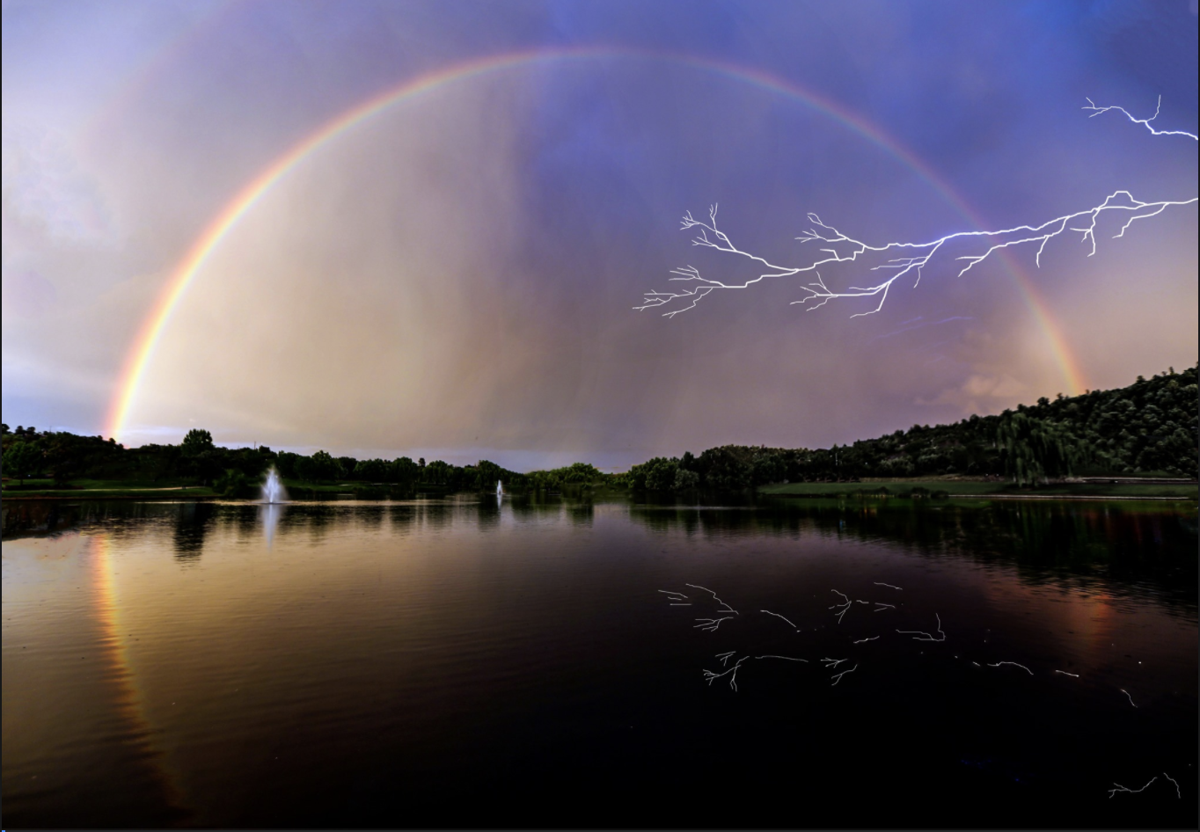 DJ Craig captured a stunning image of a rainbow over Green Valley Lake. A gift from the departing monsoon storm.

Before the monsoon arrives, Rim Country grapples with lightning.

But the news isn’t getting any better.

The National Weather Service says the odds have now tilted in favor of a drier than normal monsoon in eastern Arizona. As for the rest of the state — who knows?

“There are equal chances of above, near or below average rainfall across western and central Arizona. Above normal temperatures are favored during monsoon season,” says the latest NWS monsoon forecast.

In fact, the state’s headed into a heat wave this week, with temperatures close to 114 in Phoenix, above 100 in Rim Country and in the upper 90s in the White Mountains.

Officially, the monsoon starts on June 15. But we won’t actually start getting rain until a rise in humidity caused by the inrush of moist air from the Gulf of California creates great billows of afternoon thunderheads. Even then, we usually have to run the gauntlet of a week or two of gusty storms that produce more lightning than rain — supercharging the fire danger.

Still, we’re unlikely to have another summer like last year — the hottest Arizona summer in recorded memory. Not only did summer temperatures set records, but most of the state got less than 30% of its normal monsoon rainfall. Flagstaff set an all-time record low with just 1.78 inches — compared to the 8 inches it normally gets. Payson normally gets about 3 inches in July and Show Low usually gets about 2 inches.

Meanwhile, the whole state will likely see temperatures a couple of degrees above normal — no matter how much rain we get.

So it’s like Navajo County Board of Supervisors Chairman Daryl Seymore said last week, “Let’s all just pray for rain.”

But don’t blame the National Weather Service for being vague.

Turns out, the monsoon is notoriously difficult to forecast — especially when a decades long warming trend linked to the buildup of heat-trapping pollutants in the atmosphere has the climate modelers flummoxed.

Some models predict the Arizona monsoon will weaken and maybe go away in coming decades.

Other models predict the winter and spring rains may dwindle and the monsoon may strengthen — becoming both less reliable and more violent.

And if that’s not enough, according to some recent studies we’re still just mostly guessing when we predict the course of long-term droughts — like the record-breaking, 20-year, “exceptional drought” now baking most of Arizona.

That’s because the El Niño and La Niña cycles of surface water heating and cooling in the Pacific actually account for a lot less of the normal variability in rainfall in the Southwest than we thought, according to a study published in Science Advances by researchers from Northern Arizona University, the University of Columbia, the University of Washington, and the University of Southern California.

Many forecasters associate El Niño warming in the Pacific with wet winters and wetter than normal monsoons in Arizona. By contrast, they association cooler, La Niña events with dry winters in Arizona. That pattern played out this year, with a bone dry winter linked to La Niña cooling of the sea surface in the eastern Pacific. The La Niña conditions have largely faded away, contributing to the 50/50 prediction for the monsoon.

However, the new study found that the El Niño cycles only account for about 13% of the odds a drought will set in across the Southwest, according to a summary of the research on the Science Daily website.

They found megadroughts scattered across the past 1,000 years, including one linked to the collapse of civilizations across the Southwest in the 1300s – including people living in Rim Country and the White Mountains.

“Our study suggests that the atmosphere will continue to add a strongly unpredictable element to moisture conditions in the southwestern United States, on top of drying induced by global warming,” said one study author Julian Emile-Geay, now at USC. “That is, the Southwest is headed for a drier future overall, but with the atmosphere adding a wildcard that may, at times, make things better or worse for the people and the ecosystems that depend on water.”

So rising (and dropping) temperature cycles occur naturally over time in spite of mankind. It would seem, then, that spending billions of dollars globally to combat global warning and further the authority of the United Nations is a major waste of resources. Especially when "developing" countries like China, India, and Brazil do not participate in the global income redistribution.