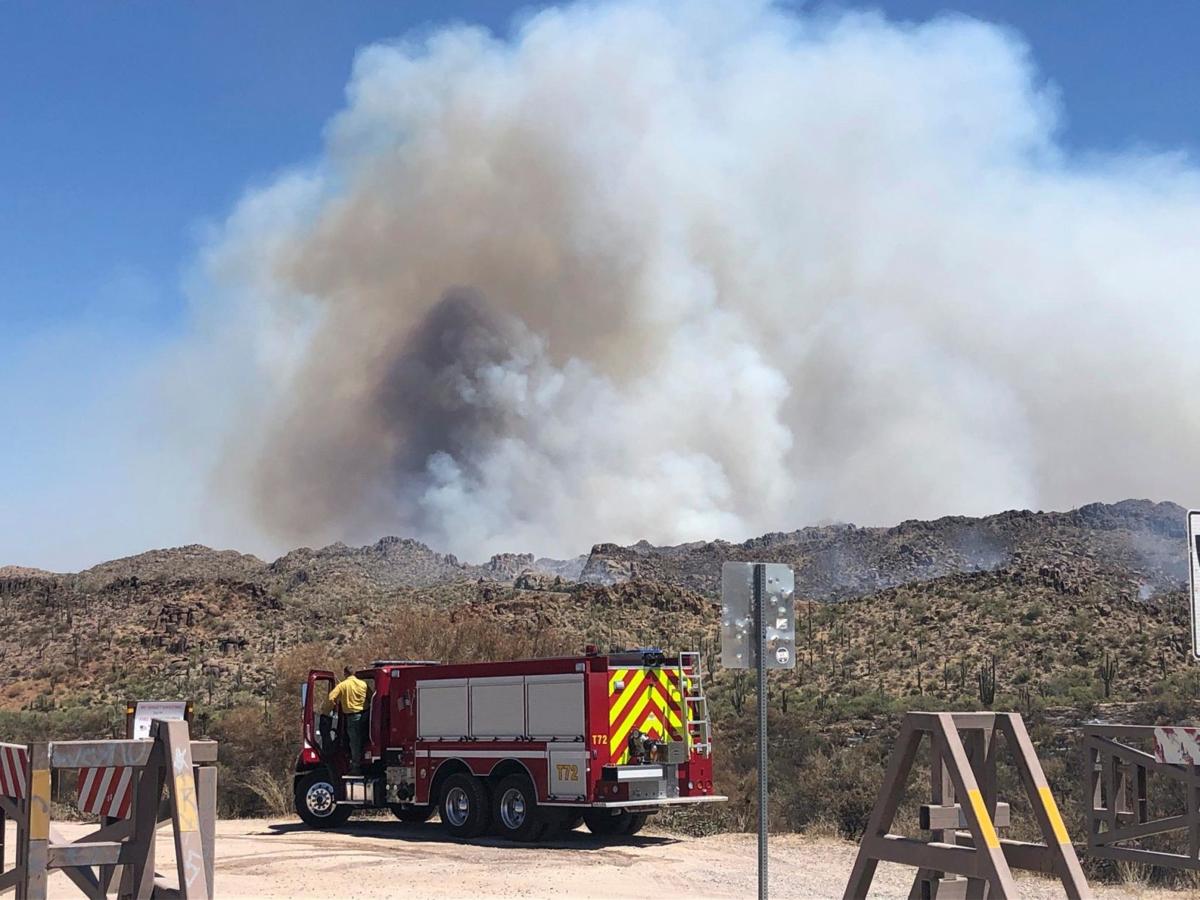 More than a dozen fire engines are assigned to the Bush Fire as of June 14. 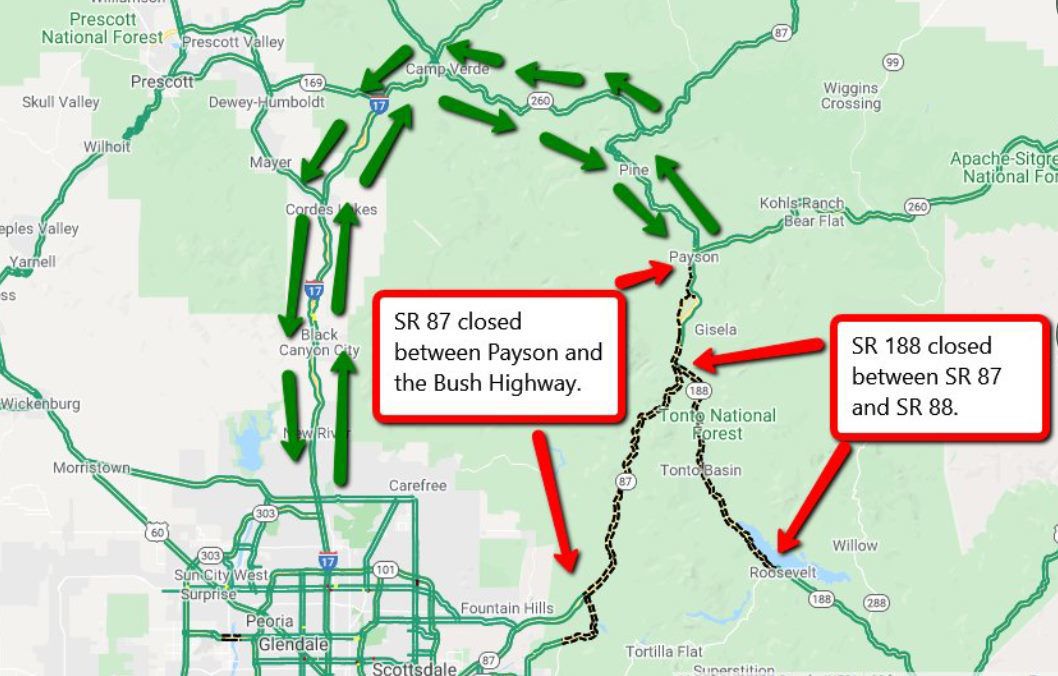 The Bush Fire grew 26,600 acres overnight Monday, according to numbers released Tuesday morning by the District of Forestry and Fire Management.

As a result of winds from the southwest pushing the fire towards Tonto Basin, county officials Monday morning told Tonto Basin and Punkin Center residents to evacuate. The communities of Jakes Corner and Sunflower have been told to be prepared to evacuate and are in the "Set" stage of Ready, Set, Go.

Highway 87 south from Payson to the Bush Highway remains closed.