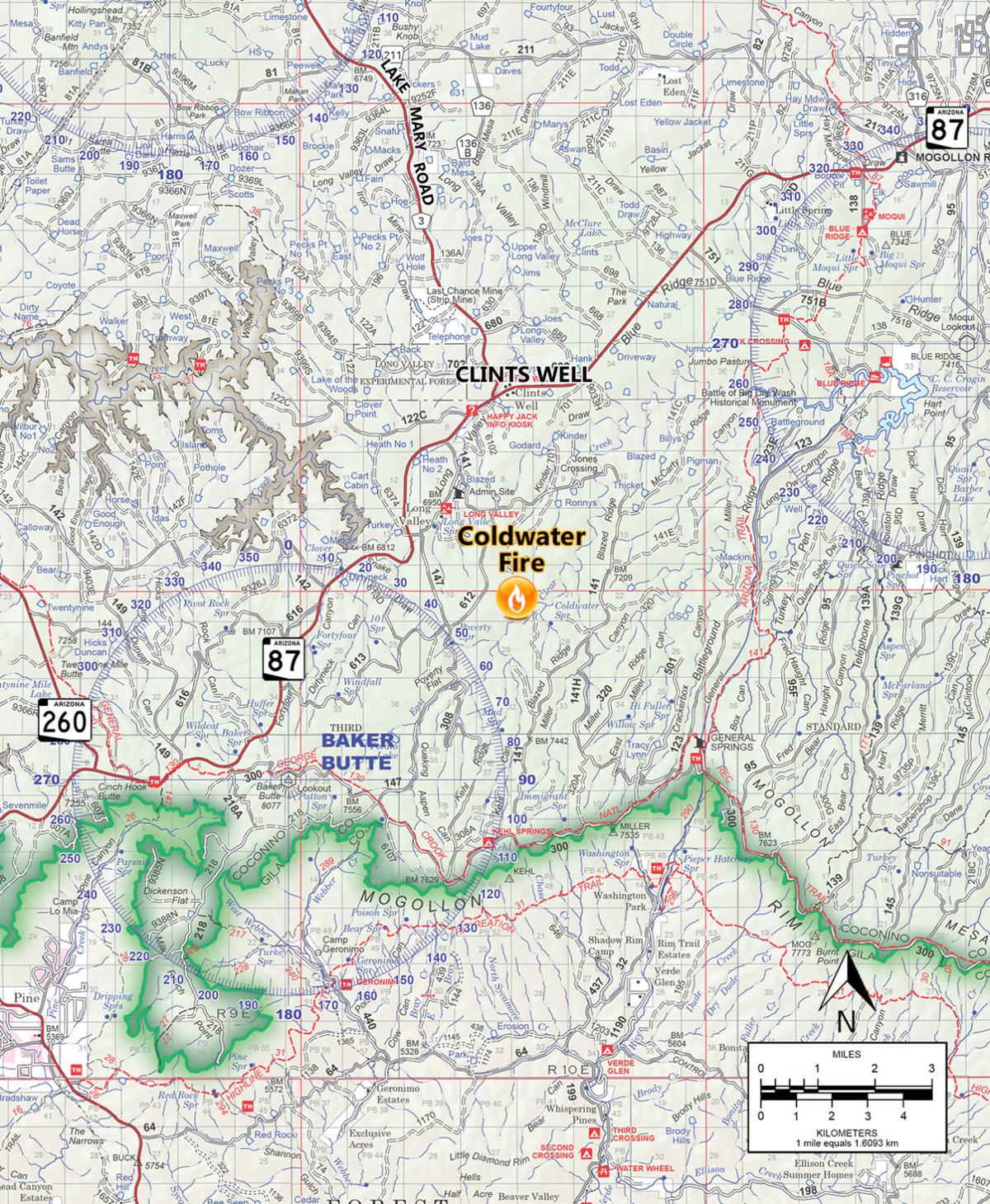 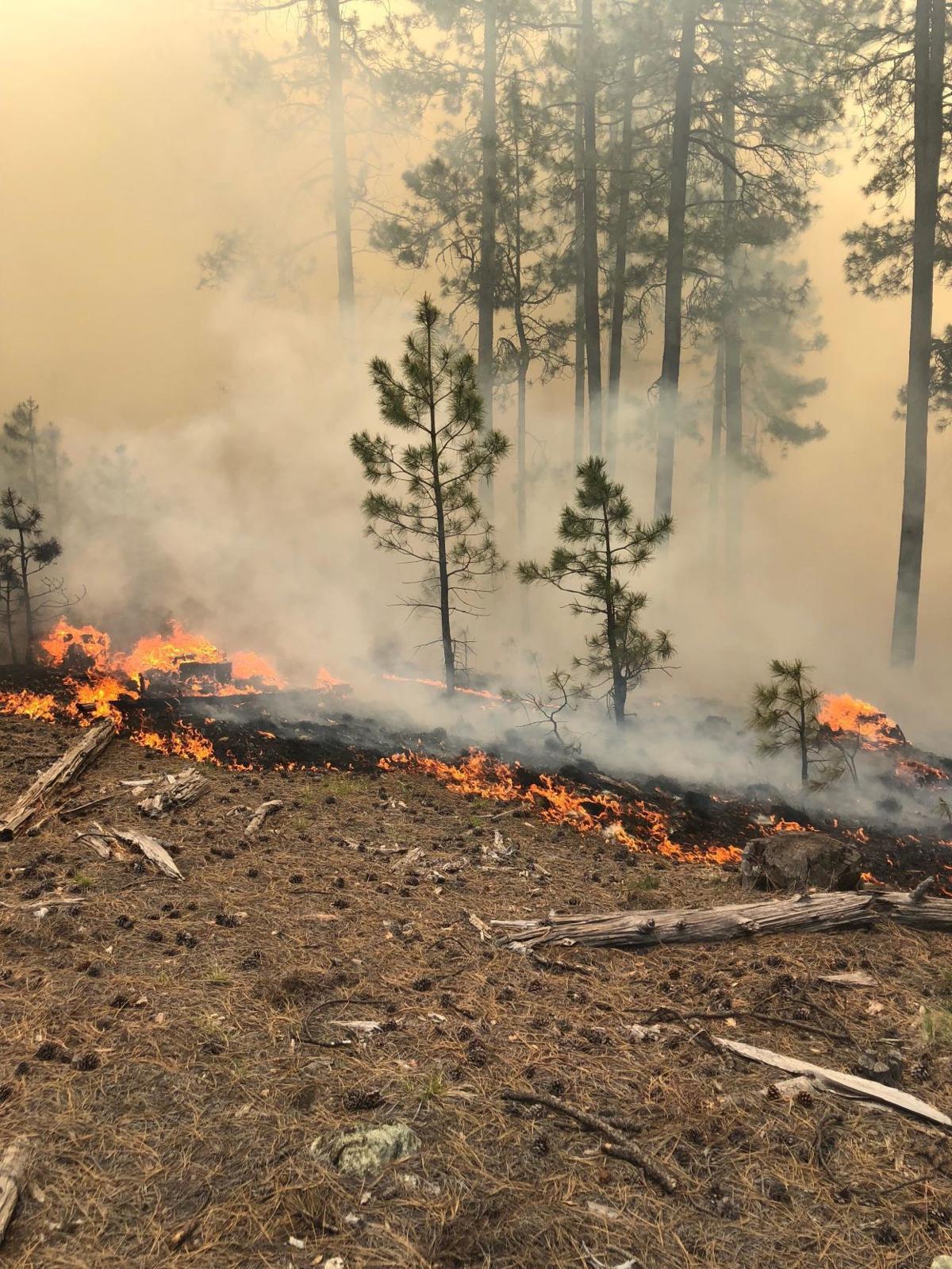 Fire managers are letting the Coldwater Fire burn on the Mogollon Rim. They have set a 15,000-acre planning area. It is currently at 6,100 acres. 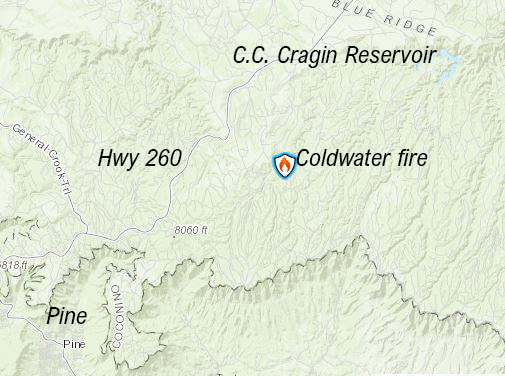 The Coldwater Fire is burning east of State Route 260. 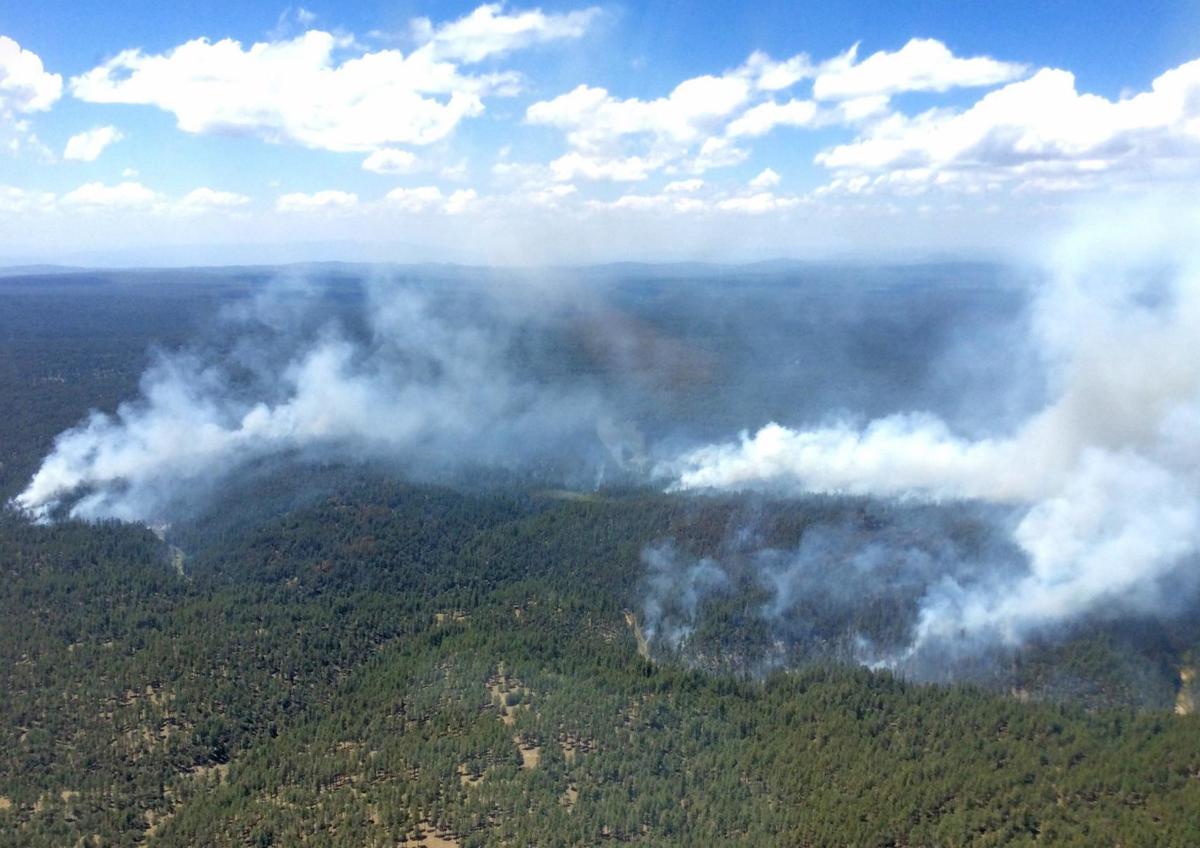 Fire managers are letting the Coldwater Fire burn on the Mogollon Rim. They have set a 15,000-acre planning area. It is currently at 6,100 acres.

The Coldwater Fire is burning east of State Route 260.

What a difference a year makes.

Last year, as smoke drifted through the Rim Country at the end of April, the 16,000-acre Tinder Fire rampaged through a quiet neighborhood just 1.5 miles northeast of the C.C. Cragin Reservoir. Racing through a closed national forest on a Red Flag fire day, the blaze grew 8,000 acres in one day. Started by an illegal campfire, the Tinder Fire consumed 33 homes, despite the best efforts of 500 firefighters. The fire came after a bone dry winter in the midst of a decade of drought.

This week, smoke once again drifted through Rim Country — this time from the 2,300-acre Coldwater Fire four miles south of Clints Well. Lightning sparked the blaze, which is burning along the drainages of East Clear Creek, moving north toward the C.C. Cragin Reservoir — Payson’s shiny new water supply.

Fire crews are restricting it to a 17,400-acre boundary area — thinning the forest in the process.

About 100 firefighters are creating a perimeter to limit the spread of the well-behaved little fire. An air-attack helicopter is supporting the two Hotshot crews. Crews are setting backfires to keep the fire contained to the “planning area.”

An ADOT pace car is escorting people along Highway 87 through the thick smoke, which during the cool evenings moves off the Rim and through Rim Country and down into the Verde Valley. The nearest communities to the fire are in Happy Jack and Blue Ridge.

So far, fire managers are happy with the blaze, which continues to amble through grasses, brush, samplings and downed wood on the ground, without rising up into the branches of the trees. The area above the Rim received about 130 percent of the normal rainfall this winter, so the trees and even debris on the ground are still full of moisture. The fire’s behaving more like the low-intensity, frequent wildfires to which the region’s forests have long adapted than the high-intensity, soil-searing crown fires that have grown increasingly common.

Moreover, the National Weather Service has just issued its latest fire season outlook, saying there’s a good chance the unusually cool, wet conditions will continue right on through June — thanks to the effects of El Niño in the eastern Pacific, with sea surface temperatures a degree or two above normal.

The cool spring has offered a temporary respite from the increasingly dangerous fire conditions facing the West.

The effort to thin 2 million acres of overgrown forest has faltered, which means that for now the only hope the Forest Service has of preventing devastating ground fires is the management of these natural wildfires during cool, wet months. This year, May qualifies as a manageable fire month — although June now looms.

In May, the Forest Service managed two other fires atop the Rim. That contrasts with last year when the Forest Service closed the forest in April and confronted the ravenous Tinder Fire in May. Several months later, the catastrophe shifted to a parched California, where fires killed 88 people and inflicted billions in damage.

This year, crews actually set a Rim Country fire in May — an 800-acre prescribed burn northeast of Payson near Clay Springs. Mostly they were burning debris piles created during a previous mechanical thinning project intended to help create a 50,000-acre network of buffer zones around Rim Country communities. Some of the piles are still smoldering, but the fire’s mostly out.

Early May also spawned the 500-acre, lightning caused Hoyle Fire, just off Highway 260 near Heber. The fire crews mostly monitored that fire, which burned along through dead and downed fuels on the ground — dampened by several May storms.

The Weather Service remains cautiously optimistic the risk of major wildfires will remain below-normal in June — normally the peak of the fire season in Arizona. Mostly, that’s because the winter banished the drought throughout the state.

That’s reflected in the moisture now stashed in the potential fuels. Fire managers calculate the energy stored in fuels based largely on moisture, the so called Energy Release Component (ERC). For the past three years, the ERC at this time of the year has stood at about 97 percent — meaning the smallest spark can start a fire. This year, the ERC stands at about 55 percent, according to the Weather Service.

The major complication remains the lush grasses that have grown across the state as a result of the wet winter and spring. The grasses will dry out in June — especially at lower elevations. This provides plenty of fuel to carry a wildfire.

Once we get into July, the forecast map shows above normal fire danger in southern Arizona, normal danger in the mid-highlands including Rim Country and below-normal in the northern third of the state.

Even so, June remains a white-knuckle month for fire managers. The Rodeo-Chediski, Schultz, Wallow, Gladiator, Yarnell Hill, Slide, Goodwin and Tinder fires all came at this time of year — although all started in drought conditions.