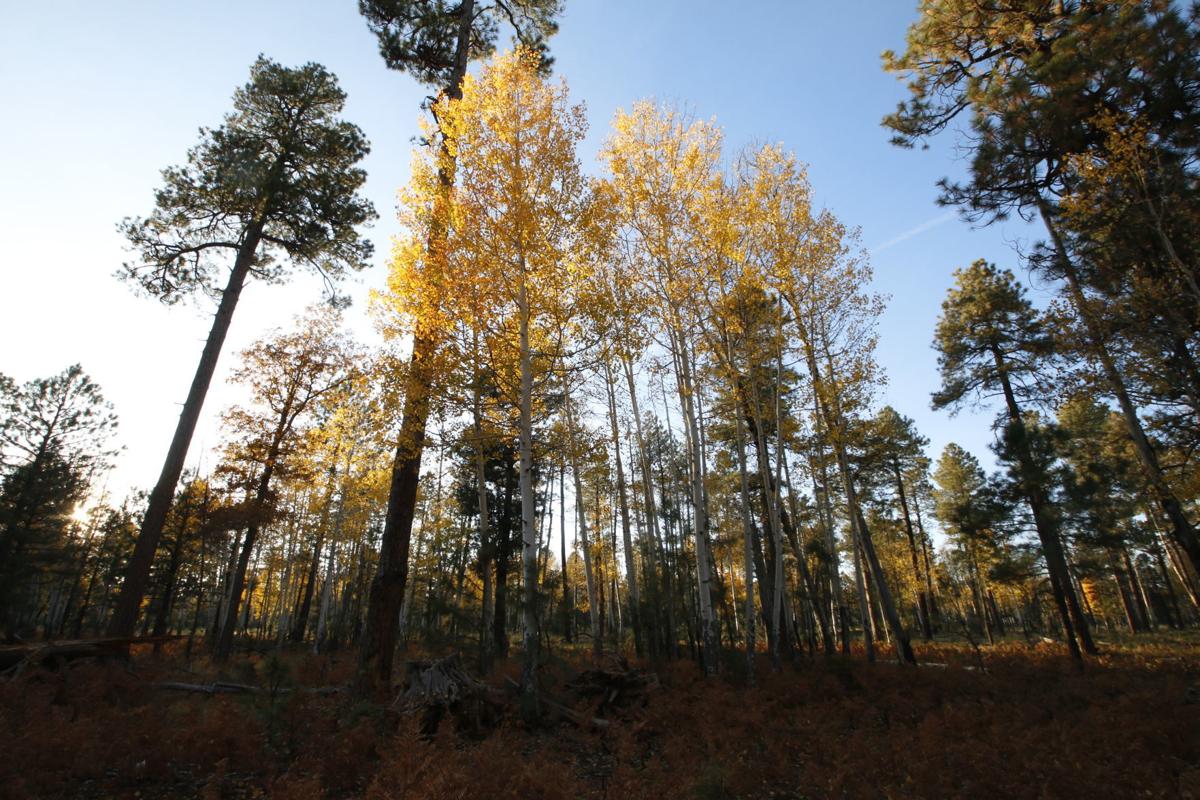 According to the environmental impact statement on the Rim Country and White Mountains Four Forest Restoration Initiative, almost the entire forest is vulnerable to crown fires. 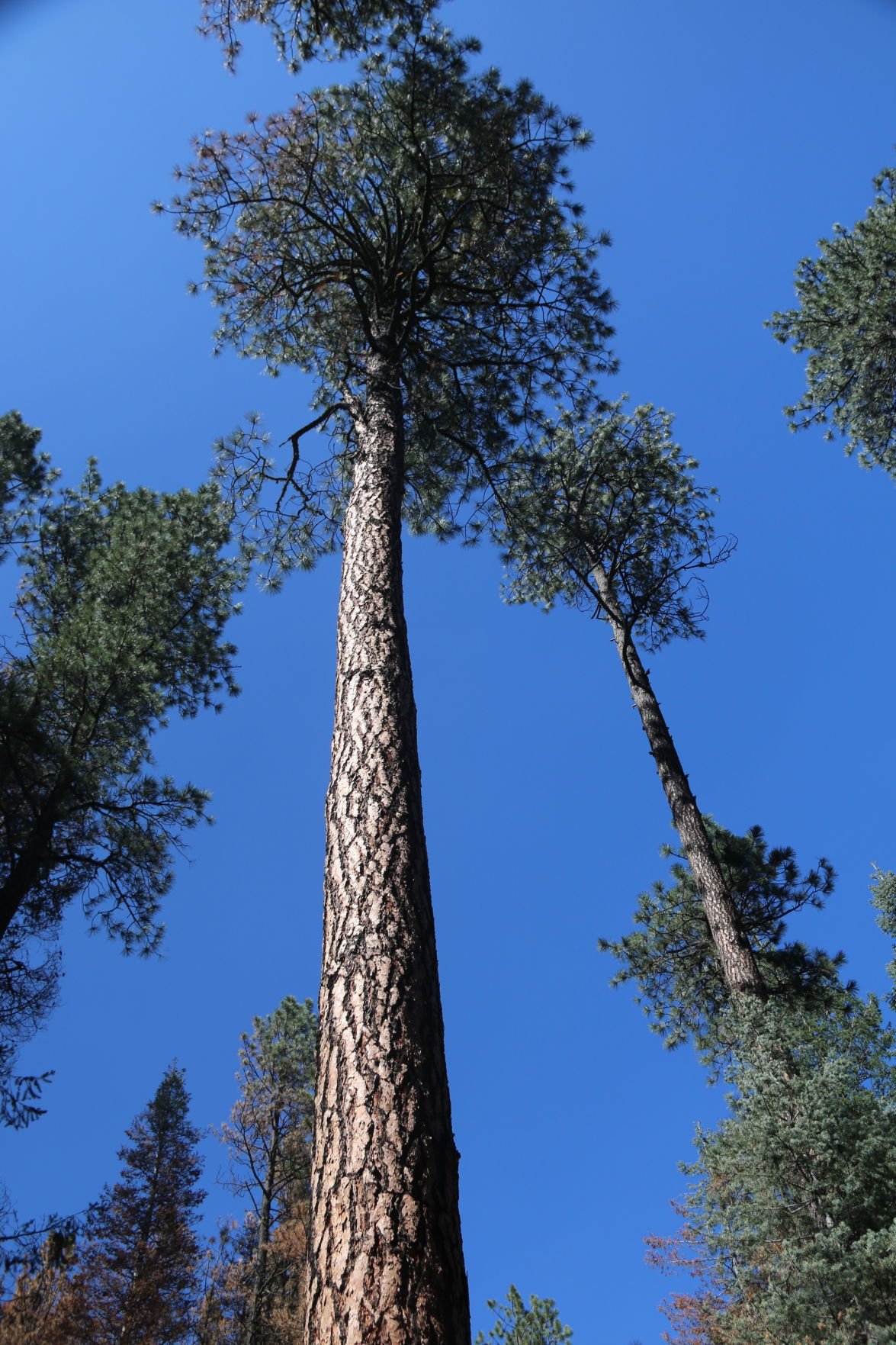 According to the environmental impact statement on the Rim Country and White Mountains Four Forest Restoration Initiative, almost the entire forest is vulnerable to crown fires.

And what a challenge.

That’s what jumps out from the Forest Service’s study of the environmental impacts of a proposal to thin and burn 1.4 million acres in Rim Country and the White Mountains.

Across that vast landscape, the trees are stunted; crown fires and mistletoe infestations threaten 75 percent of the forest; streams, springs and meadows have dried up; species face extinction; aspen are vanishing and forested towns face catastrophe, according to the just-released environmental impact statement on the forests surrounding Rim Country and White Mountains.

The analysis focuses on the plan to log and thin 900,000 acres and reintroduce low-intensity, managed burns on about 1 million acres, with some of those categories overlapping. The Forest Service hopes to play God across a vast area, restoring the wildly out-of-balance ecosystems of a once stately, fire-adapted forest. The release of the EIS starts a 90-day comment period, with the hope that the Forest Service can award thinning contracts in the spring.

It’s the second phase of the massive Four Forest Restoration Initiative (4FRI), which completed its first million-acre analysis five years ago — mostly focused on the forests around Flagstaff and the Grand Canyon.

The 4FRI approach represents the best chance of keeping the forest from burning to the ground, destroying forested communities like Payson, Pine and Strawberry. The massive assessment streamlines the process without waiving or gutting environmental protections. As a result, it offers a model for saving sickly, overgrown, drought-plagued, fire-prone forests across the West.

Alas, despite the streamlining, 4FRI’s not going well.

The Forest Service has previously awarded contracts to thin 300,000 acres to a succession of contractors. Those logging companies come gusting in with big plans — like making jet fuel from wood chips. But their business models have splintered on the roughly 30 tons of wood scrap, saplings and brush the plan requires them to remove on almost every acre. Loggers can make money on small trees — but not on the biomass. As a result, they’ve only thinned about 15,000 acres so far.

The Forest Service hopes a more flexible and realistic approach on the latest installment of 1.4 million acres will attract industry. The Forest Service has already convened a conference for logging companies interested in bidding on the 900,000 acres worth of thinning projects cleared for sale in the EIS.

So the economics of thinning remain problematic.

However completing a 1.4-million-acre environmental analysis represents a huge change for the Forest Service. The old system could require a year of study for a single thousand-acre timber sale. The new system can clear a million acres for bids all at once and guarantee a steady, 20-year wood supply for industry willing to invest in new mills and wood processing operations.

As the EIS shows: That had better work because the forest’s in rough shape after a century of fire suppression, grazing and big-tree logging that has converted a fire-adapted forest into a thicket of matchsticks.

Almost the entire forest is vulnerable to crown fires, with flames leaping from tree to tree as fast as a man can run. About 20 to 50 percent of the forest could generate an “active crown fire” — a continuous wall of flame so hot it generates its own weather. Such a fire swallowed up Paradise, Calif. last year, killing 85 people before they could flee.

The project aims to dramatically reduce the risk of crown fires and nearly eliminate the threat of active crown fires by creating a forest dominated by widely spaced, old-growth trees.

Currently, the forest has about 1,000 trees per acre, compared to the target of 10 to 250. Worse yet, about 90 percent of the trees now are less than 12 inches in diameter — saplings that spread a ground fire into the lower branches of the big trees. Historically, the forest was dominated by giant trees that could easily survive frequent ground fires. Now, trees greater than 24 inches in diameter account for just three trees per acre — they should average about eight.

In addition to thinning those dangerous thickets, the project hopes to restore streams, springs, meadows and wildlife habitat.

Only about a quarter of the 900 miles of streams are healthy. Most have dried up, silted up or eroded. However, about 90 percent of the wildlife in the forest depends critically on the survival of those streams and springs.

So the project hopes to restore 13,000 acres of riparian areas, 184 springs, 36,000 acres of grassland, 6,400 acres of wet meadows and 777 miles of streams. Some of that will follow naturally from dramatically reducing tree densities. Some of it will require extra restoration projects.

4FRI represents not only the best hope to reduce crown fires and restore forest health, but a sweeping effort to reinvent the logging industry and bolster the economy of local communities. The environmental analysis lays the groundwork for a new kind of logging and a new relationship to fire. It also demonstrates the enormous challenges of playing God with an ecosystem.

Granted, it’s complicated and full of pitfalls — but the long-term survival of every community in Rim Country depends on how it all works out.

This special series will dive into the findings of the EIS for Rim Country when it comes to fire danger, watersheds, wildlife, recreation and economics.

To read the plan yourself and provide comments, go to https://www.fs.usda.gov/detail/4fri/planning/?cid=stelprd3837085. To submit comments go to: https://cara.ecosystem-management.org/Public/CommentInput?project=48210

A forest in peril

The just-released Rim Country EIS – which includes the White Mountains – documented the condition of an unhealthy, fire-prone forest on 1.4 million acres, including:

• The situation’s even worse in the dry mixed conifer forests in the higher elevation areas where half the forest could produce an active crown fire.

• A daunting 74 percent of the forest has a high risk of bark beetle infestation – nearly four times the desired condition.

• Most of the forest consists of dense clusters of trees, with little space between them. A healthy forest would have clumps of trees separated by meadows and grasslands and openings.

• The forest averages 974 trees per acre. A healthy forest would range from about 10 to 250 trees per acre, featuring a wide range of densities.

• The timber has an average basal area measurement of 129 square feet per acre, compared to a desired condition of 90 square feet. That measures the amount of timber with all the trunks measured at about chest height.

• About 132,000 acres – nearly 10 percent – has already suffered from high-severity fire effects like the Wallow and Rodeo-Chedeski.

• The study area has 876 miles of streams. Only about a quarter of those streams are “properly functioning (257 miles),” in terms of vegetation, erosion, wildlife and siltation. A dismaying 144 miles of stream are considered “non-functioning.”

• The area includes 23 rare plants – almost all in decline.

• The area includes critical habitat for 14 rare, endangered and sensitive fish and stream-dependent reptiles, like the narrow-headed garter snake and the Northern Mexican garter snake. Almost all are in serious decline.