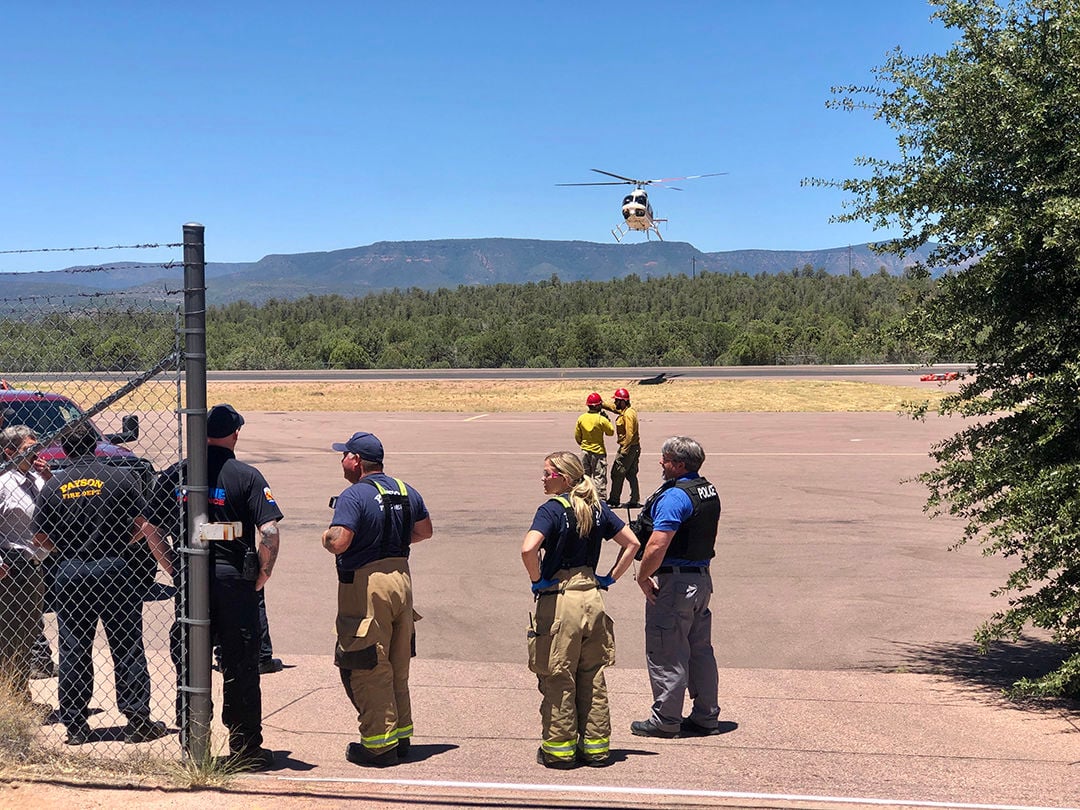 Emergency crews standing by at the Payson Airport Tuesday afternoon after a helicopter reportedly crashed in the forest near the Polles Fire. 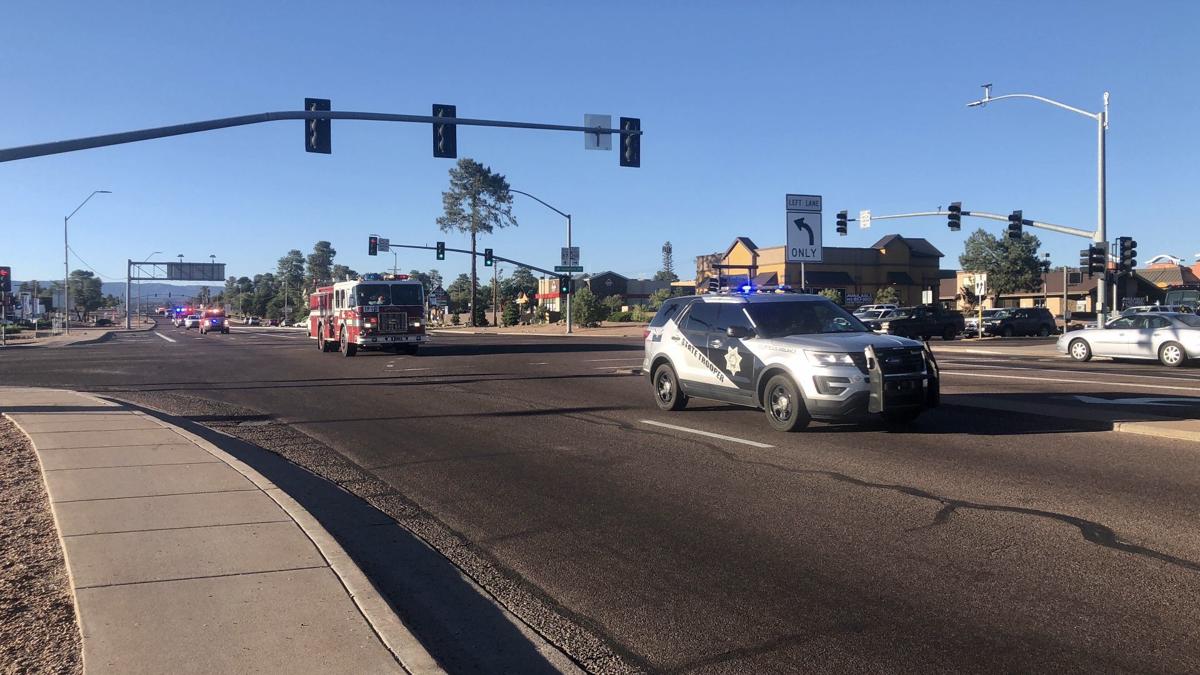 Emergency crews standing by at the Payson Airport Tuesday afternoon after a helicopter reportedly crashed in the forest near the Polles Fire.

A helicopter working on the Polles Fire reportedly crashed in the forest Tuesday afternoon, killing the pilot.

The helicopter, which only had a pilot on board, crashed north of the burn area around 12:20 p.m., said Sgt. Dennis Newman with the Gila County Sheriff’s Office.

He leaves behind a wife and 8-year-old child.

“His family has already arrived in Payson. S.O. (sheriff’s office) & DPS is helping in the measures of retrieving him from the scene. He was not local. He does come from a family of firefighters, his father is retired from a Valley dept.,” according to a post on Facebook from Stacy Figueroa with the PSFD.

“The tragic incident is currently under investigation and additional information will be released as it becomes available,” according to a release from the Forest Service.

When dispatchers initially toned out that a helicopter had crashed there was confusion on where the accident had occurred. Payson fire, police and paramedics converged on the airport only to find the crash was in the forest.

Fire Chief David Staub said they were standing by to provide medical, but the incident was being handled by the Forest Service.

God Bless Bryan, he made the ultimate sacrifice for us.