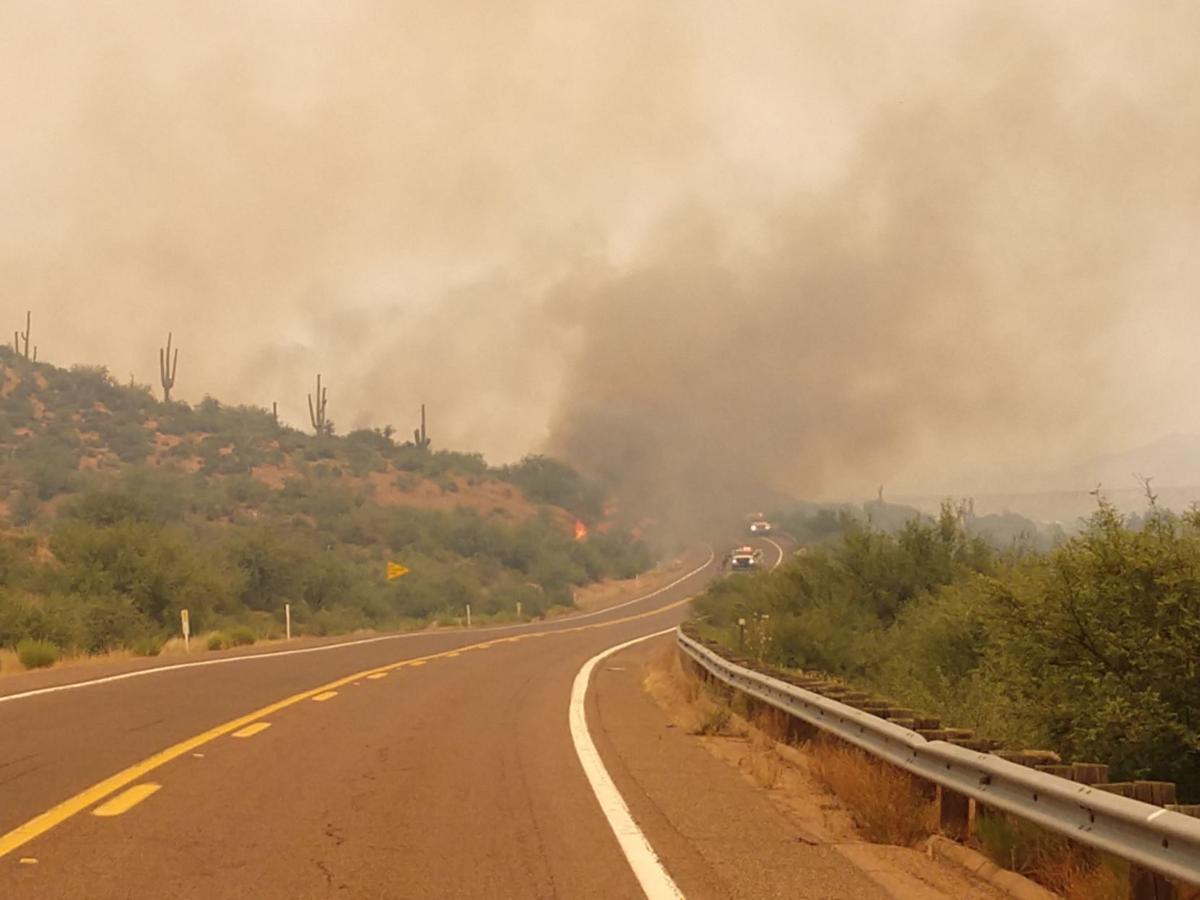 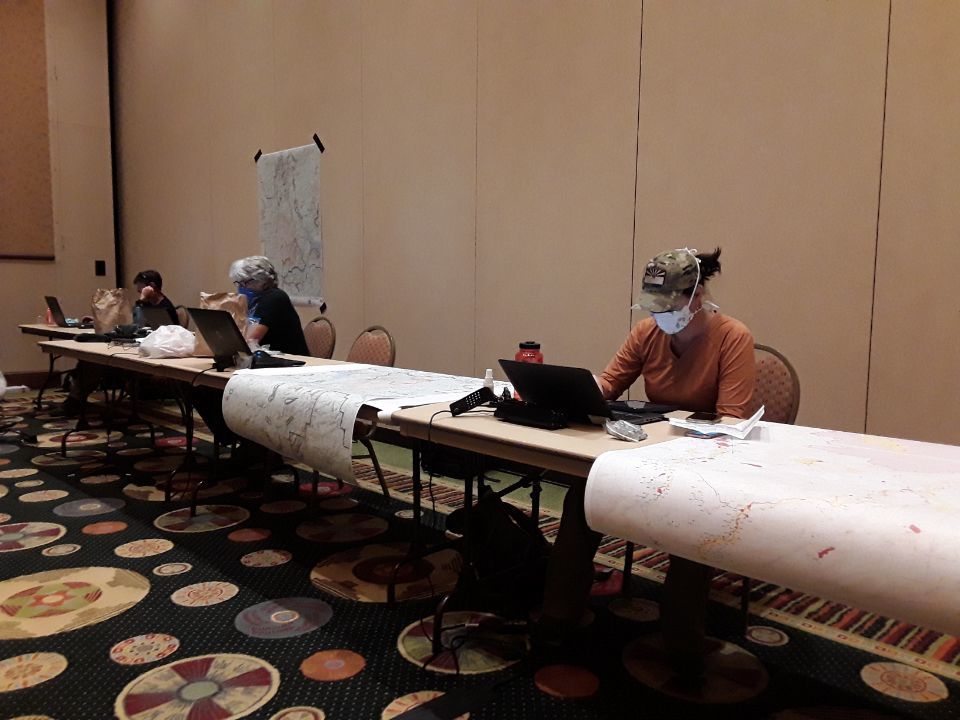 You won’t find fire officials huddled in a tent a few miles from the fire front working out an attack plan on the Bush Fire. And you won’t see firefighters eating together at the end of a long day in a mess tent at camp.

No, crews are managing the Bush Fire virtually.

They have thrown traditional methods of wildfire management out in the days of the coronavirus.

Gone are the days of a large central incident command post in the forest.

“There isn’t the command post you might be familiar with,” said Dee Hines, a public information officer with the Bush Fire team.

A few members of the Incident Management Team are working out of the Fort McDowell Hotel and Casino. Most support staff is miles away.

Hines is fielding calls from Fort McDowell. That is also where the operations section chiefs are working and where they post daily video updates.

“It is definitely different,” Hines said of the setup.

Firefighters are also not maintaining close contact with other crews.

At mealtime, a representative from a Hotshot team will collect the food for the rest of the team. Crews then eat in their trucks or outside. But there is no food tent set up with tables and chairs.

Not everything has gone smoothly in this digital set-up.

On Wednesday, the fire team tried to hold their first video update on Facebook live. Traditionally, fire officials hold town hall style meetings in gymnasiums where evacuees can attend to get more information firsthand from managers.

As the video went live, more than 1,000 people had tuned in to watch. Unfortunately, because of technical issues, no one could make out what the speakers were saying. Residents commented they were desperate to hear the information.

Unable to rectify the issue, they canceled the meeting.

They said they would try a video update another day.

Hines has been working on wildfires for the past eight years.

Compared with other fires, he said the Bush Fire is very dangerous given its irregular behavior.

“It is a wind-driven event,” he said.

Winds as high as 30 miles per hour have pushed the fire farther north.

Coupled with single digit humidity and very rough, rugged terrain, the fire is burning quickly through the canyons, which are generally oriented in the same direction the wind is blowing.

He said given the fire’s irregular behavior it is very dangerous to send crews in who could easily get flanked by flames.

“With that kind of wind it gets these runs where it is down in a canyon moving very quickly and it produces a finger,” he said. “And then the next ridge over it may be doing the same thing.”

He said crews are working hard to reinforce lines and protect structures and other resources, but it is too early to tell when they will have the fire under control.

In a video briefing Wednesday, Gabe Holgeen, operations section chief, reported that on the southwest end of the fire along Highway 87, lines were holding steady.

It is the only part of the fire that showed signs of containment.

In the Sunflower area, crews were doing back-burns to keep the fire in check and take “some of the punch out of it as it heads towards Highway 87.”

Heading further north, toward the 188 and 87 intersection, Holgeen said they were developing plans and prepping the highway so when the time comes they can keep the fire from jumping the roadway.

In Jakes Corner and Tonto Basin, crews are doing “point protection” and using dozers to connect roads to act as fuel breaks.

There are more than 500 personnel working the fire.