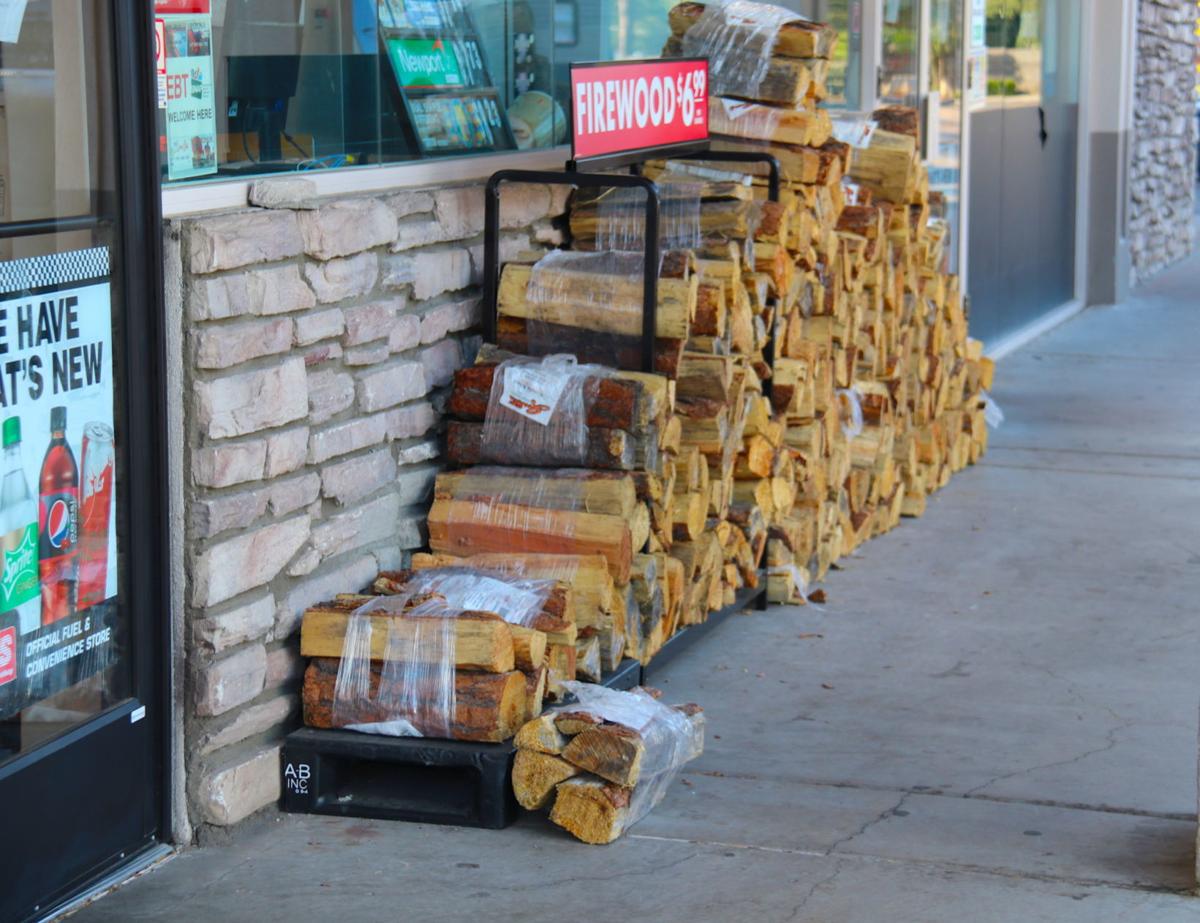 Firewood for sale at a Payson gas station. 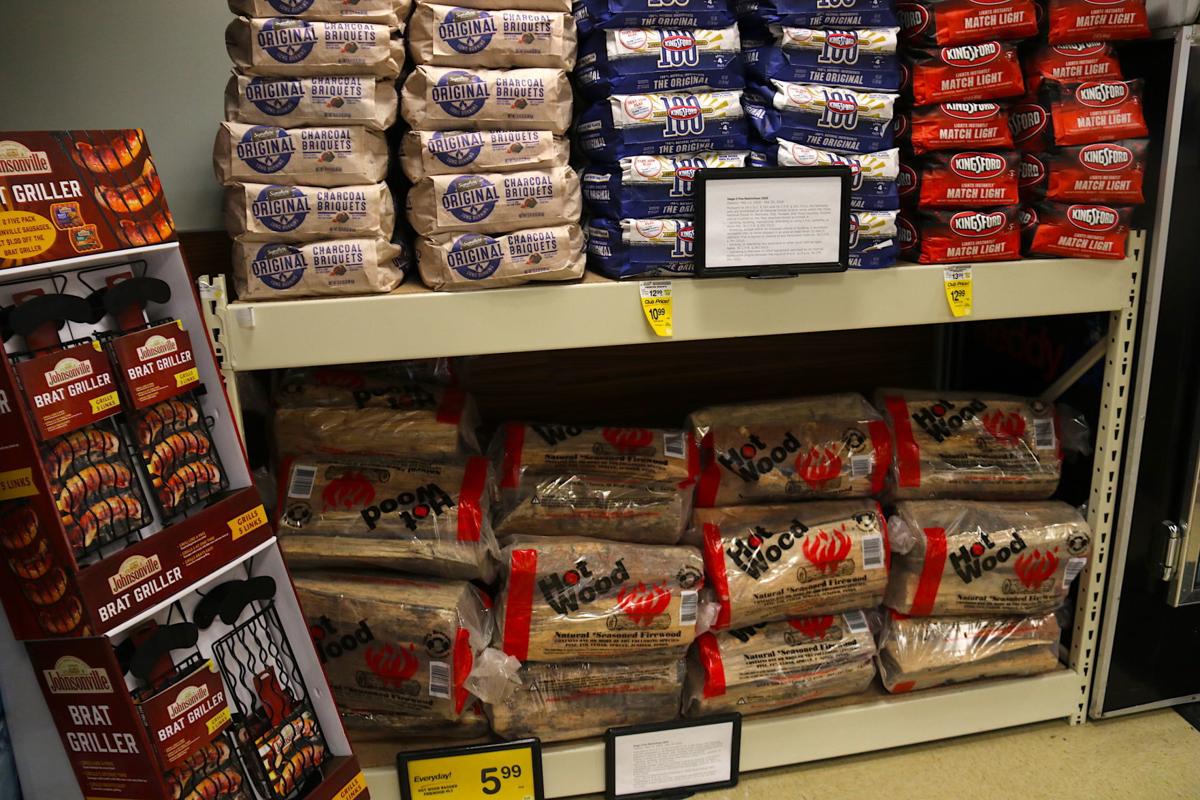 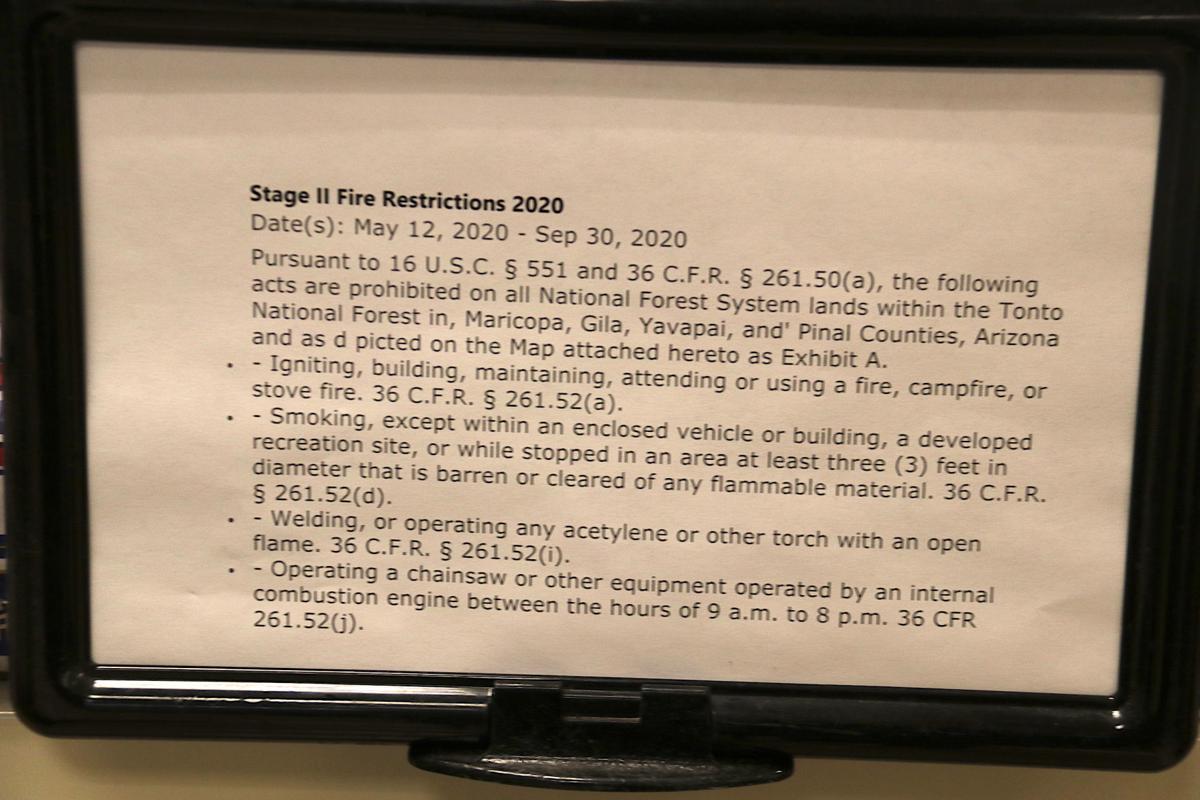 The Stage 2 sign on the fuel display at Safeway.

Firewood for sale at a Payson gas station.

The Stage 2 sign on the fuel display at Safeway.

Don’t be surprised if the Payson Fire Department not only makes you douse that roaring fire pit in your backyard, but cites you for violating fire restrictions — thanks to a May 14 council vote.

However, despite an all-out ban on fires in the forest to protect firefighters from the pandemic, stores and gas stations throughout Payson continue to sell wood — citing the Payson loophole that allows wood burning in fireplaces, while grills and smokers may use charcoal.

Payson Fire Chief David Staub explained the Payson council’s decision allows the town to adopt Forest Service restrictions, but “if we implement or not is up to staff,” he said.

Right now, the Payson rules ban backyard fire pits, but not charcoal and gas grills or wood fires in the fireplace.

“If there is a report of an illegal fire, a fire engine will be dispatched and respond to determine what is occurring,” said Staub. “Often an officer is dispatched with our engine.”

The first responders will “attempt to educate” the homeowner about the fire restrictions then ask them to “act in a way that is within the rules.”

If the officers decide “that enforcement is the appropriate action,” they will cite the violator who could “potentially face a fine or jail time.”

Confrontations between homeowners and the fire department prompted the council to add the power to cite to the town code.

Meanwhile, many stores in town continue to sell firewood — undercutting the Forest Service’s ban on campfires. Due to the risk of fighting fires during a pandemic, this year the Forest Service and local fire departments have taken an aggressive approach to controlling the start of fires. Agencies fear if COVID-19 infects the ranks of firefighters, not enough will remain to fight a wildfire.

The dry April and May have turned the abundant grasses watered by March rains to a crisp brown.

Already, a wildfire shut down the Beeline Highway between Payson and Phoenix on May 17. Later that same weekend, an abandoned campfire started a 1-acre fire in the Granite Dells area.

Yet stores such as the gas stations that line Highways 87 and 260 have stacks of wood at their front door with large signs that say, “Firewood.”

The Roundup reached out to Circle K and Speedway to ask those stores about fire restrictions and fuel sales, but did not hear back as of press time.

Safeway has both charcoal and firewood for sale, but they are tucked away in a corner of the store with a sign warning customers of the Stage 2 restrictions in the forest.

“We will continue to sell the firewood for those residents who depend on it to warm their homes and use in-home fireplaces,” said Nancy Keane, public affairs and government relations for Safeway and Albertsons.

Across the street, Bashas’ took a different view.

“We are working with our stores in these critical areas and have sent communication to pull all firewood available for sale, effective immediately,” said Ashley Shick, media relations for Bashas’.

Both media representatives said they stay in touch with fire officials to keep on top of changing conditions during the fire season to support the communities they serve.

Call the Payson Fire Department, however, and they will tell residents it’s acceptable to use outdoor barbecues and smokers that use charcoal. Payson also allows homes with fireplaces to use wood under its Stage 1 guidelines.

Staub has a better answer to the threat of wildfire — firewise homes, by clearing brush and weeds near the home and tree limbs overhanging the roof.

“It’s better to protect against a fire,” he said. “Our approach has been and will continue to be education before enforcement.”

The fire department’s fuels manager will work with homeowners to assess their risk and explain what it would take to firewise their home. The department can also help homeowners qualify for grants to offset the cost. Fuels manager Kevin McCully will walk the property and point out the highest priority problems — like plants that can catch the eaves on fire, open porches drifting embers can set on fire from below, pine needles piled on the roof, overhanging branches and other issues.

Firewise efforts not only protect a house from the fire next door, it can prevent embers from even a distant wildfire from setting scores of houses on fire all at once, overwhelming the fire department. Studies show that wildfires can burn down whole communities if embers set even a handful of houses on fire at once. One burning house can then set the whole block on fire in a poorly firewised neighborhood if firefighters can’t get there fast enough because buildings are on fire all over town.