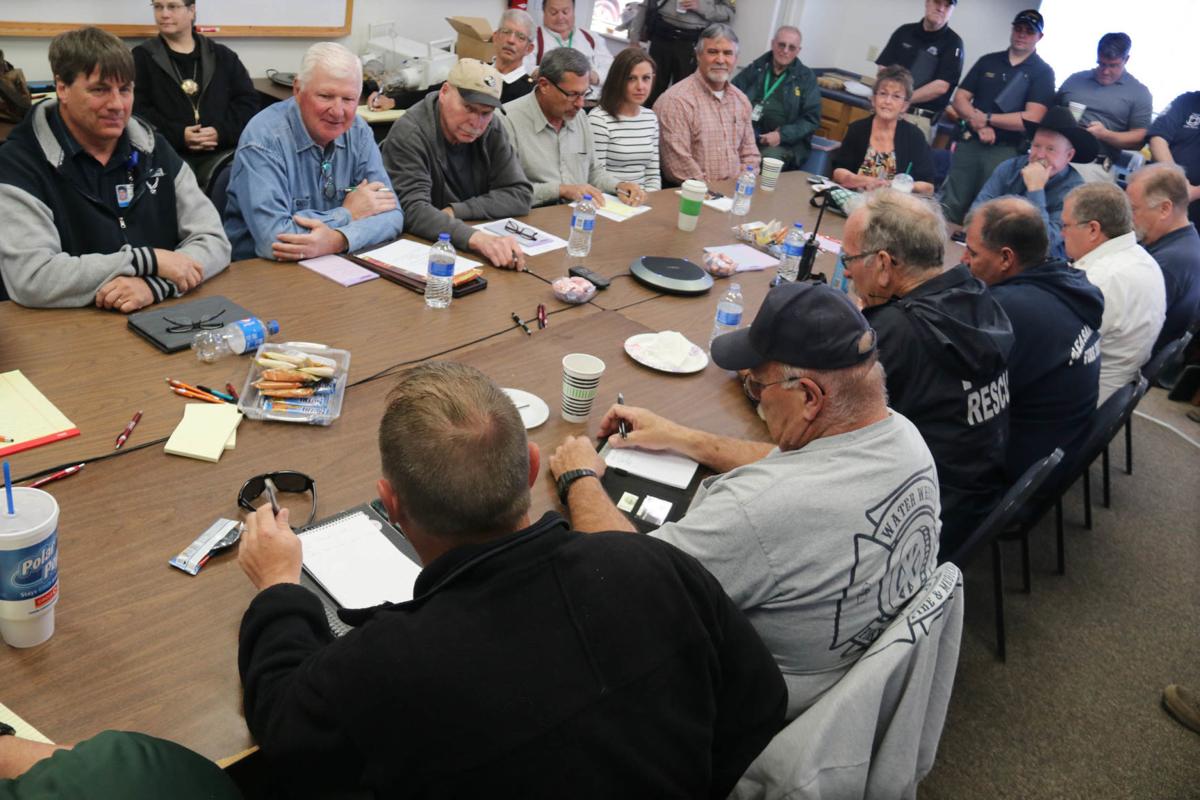 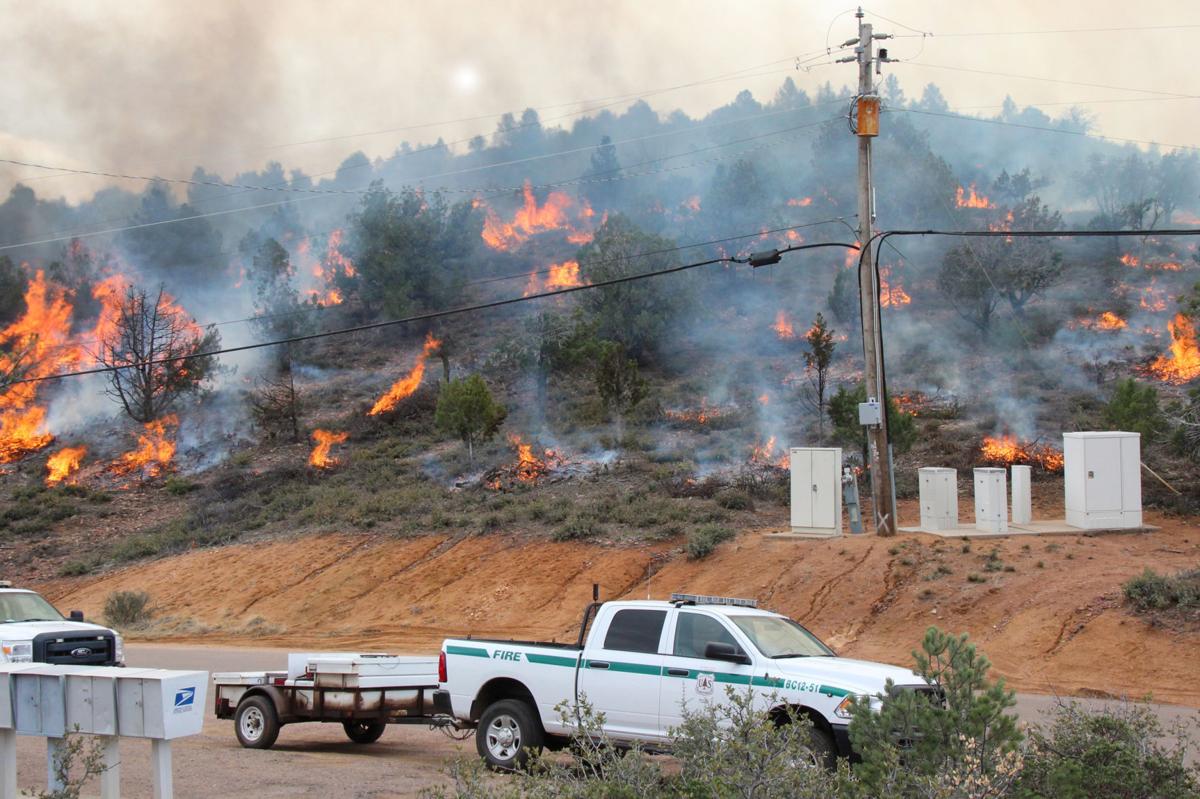 Weather and COVID-19 will drive the 2020 Rim Country fire season.

Key players in the fire season recently met digitally to discuss these challenges at the invitation of Gila County Supervisor Tommie Martin on March 26. For the past decade, the meeting has drawn firefighters, Forest Service officials, county and town officials, plus others to a fire season ritual.

“In the Southwest you can hang your hat on a fire season,” said Jeremy Plain, fire management officer for the Payson Ranger District in the Tonto National Forest.

But this year he had to admit, “we are coming into a very interesting year.”

Normally, the Payson Ranger District receives severity money, which allows the station to bring in firefighters to help.

“There are meetings daily at all levels to figure out how to move forward with resource movement and keep firefighters healthy,” said Plain.

With the threat of COVID-19 depleting the ranks, the Forest Service has relied on an “aggressive initial attack” to lessen firefighter and the public’s exposure to smoke, “plus eliminate long duration fires with lots of firefighters,” said Plain.

In recent years, the Forest Service has been more willing to let fires burn within a defined area in the cool, wet months hoping to thin the forest and reduce the risk of a mega-fire at the peak of the season.

However, this year’s aggressive attack policy will reduce the Payson Ranger District’s ability to thin the forest using fire.

“We are not looking for opportunities to manage fire for resource benefit this year and will be using good, risk-based decisions focused on the exposure of firefighters to COVID-19 in response to fires,” said Plain.

This past winter provided “a pretty decent” amount of precipitation, but not much snow, said Plain.

That means a lot of fine grasses have popped up, especially in the lower elevations.

“The potential for (fire in) the desert is high again,” he said.

Two years ago, in the middle of a historic drought, Rim Country faced the threat of fires starting south of town and moving upslope into town. This year Payson faces the same threat.

Fortunately, the National Weather Service predicts the weather will cooperate.

“We’re on track for a normal monsoon,” with “normal and timely monsoon moisture,” said Plain.

As fall arrives, La Niña conditions appear likely, based on sea surface cooling in the eastern Pacific. La Niña brings drought, versus the wetter conditions of El Niño. The two weather patterns have to do with the temperature in the Pacific Ocean. That has consequences.

“We could have two fire seasons, pre-monsoon and dry out for another post-monsoon fire season,” said Plain.

Fire bladder crisisMuch of Martin’s pre-fire season meetings focus on remote water sources scattered throughout the forest to provide water in a hurry for firefighters. For years, the county has used military surplus “bladders” that hold hundreds of gallons of water. Helicopters and water tenders can fill up from the bladders, enabling them to douse a small fire quickly.

As these bladders age, seams crack, rendering the bladders useless.

“We’ve had awfully good luck with this the last 14 years,” said Martin, “But ... this infrastructure is aging and we’re having trouble replacing some of it and we’re going to have to get creative in what we do next.”

Already, some areas along the Rim have replaced failed bladders with fiberglass or metal tanks, but these are “far more expensive,” said Martin.

Hellsgate Fire Chief John Wisner asked for an updated map on all the water sites and locations. The county and Forest Service will work to update and provide that map.

APSAPS division manager Neal Traver outlined the policies the company uses to reduce the possibility of a fire starting from its miles of electric wires that crisscross the forest.

For years, APS has created defensible space around its poles by, “clearing a 10-foot radius around equipment and poles,” said Traver.

other control measuresBecause of the added threats to staffing from COVID-19, “there have been discussions of earlier fire regulations than normal,” said Plain.

He indicated the Forest Service is open to negotiating with the county and towns on relaxing the need to follow fire restrictions.

“My ask would be if we do go into Stage 1, I’m not sure the county or Town of Payson have to follow suit,” said Plain.

That would allow residents to continue enjoying a fire in a fire pit or a smoker on their property, said Plain.

The details on this policy still need to be hammered out.

Keeping in touchCarl Medford of Gila County Health and Emergency Management reminded everyone that Everbridge remains the best way to sign up the public for alerts once a wildfire — or any other crisis, hits.

The alert system helps by announcing evacuation orders and updates on flooding or wildfire threats.

The office has also stepped up efforts to communicate with radio and TV.

To sign up for Everbridge visit www.readygila.com or call 928-402-8789. Sign ups require as little as a name, address and phone number.

An analysis of the weather, fuel moisture content and wildfire predictions for the Southwest by the National Weather Service, April 2020.

"We are coming into a very interesting year." Jeremy Plain, fire management officer for the Payson Ranger District in the Tonto Forest.