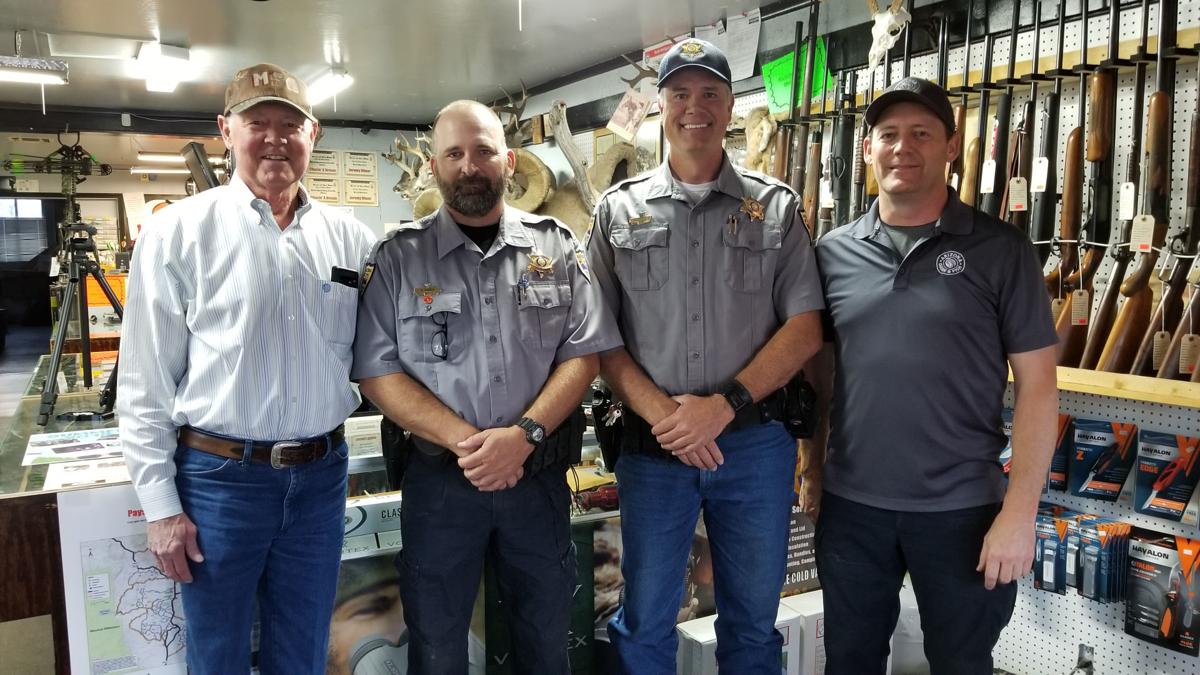 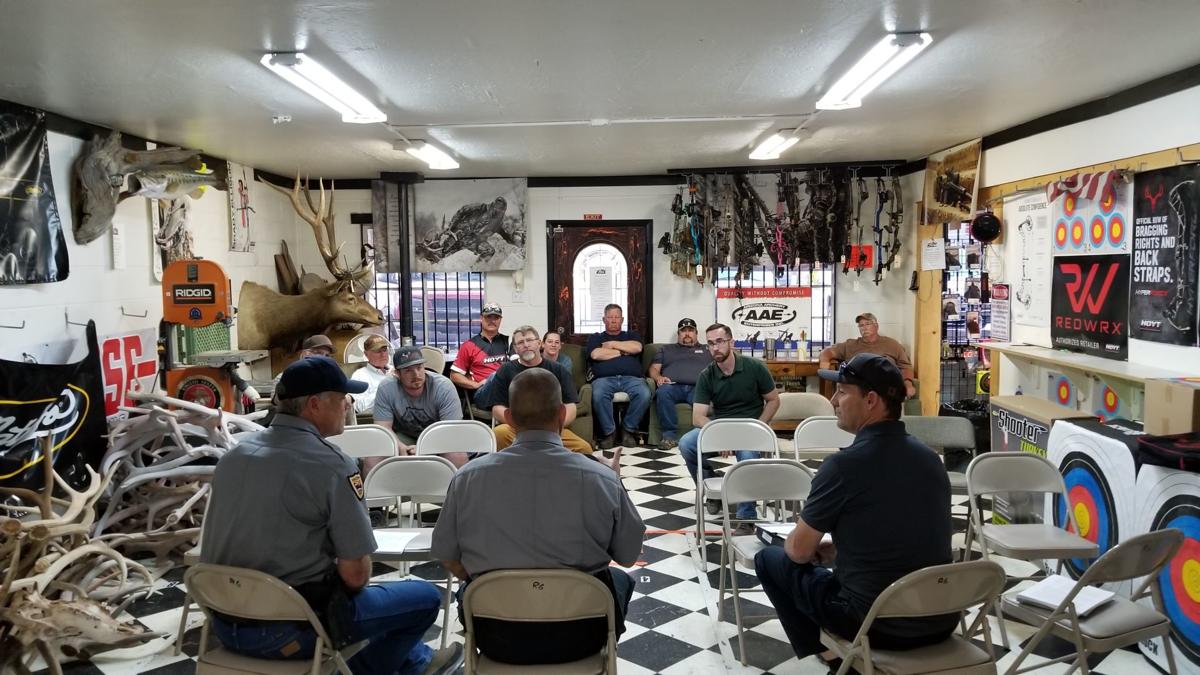 The Arizona Game & Fish Department held a question and answer session for area residents at Chasin’ A Dream Outfitters in Payson on Tuesday, April 9.

The Arizona Game & Fish Department held a question and answer session for area residents at Chasin’ A Dream Outfitters in Payson on Tuesday, April 9.

The question prompted chuckles from several of the Arizona Game & Fish Department personnel and audience members.

Getting drawn for a tag can be a lengthy and frustrating process for hunters, but one officials don’t have much control over individually.

That question was among many discussed during a AZGFD-sponsored public meeting on game management in the Tonto National Forest at Chasin’ A Dream Outfitters April 9.

Eight area residents attended and all got a chance to ask AZGFD employees questions.

Payson’s James Goughnour, who recently started his term as an AZGFD commissioner, attended as well.

Among the topics: hunt recommendations; the change from two- to five-year hunt guidelines; hunting elk in Pine and a new rule that prohibits archery hunting within a quarter-mile of a structure. That law goes into effect in June.

Chasin’ A Dream Outfitters owner Jeremy Ulmer expressed concern about how a new law approved by Gov. Doug Ducey prohibits archery hunting within a quarter-mile of a structure, especially in Pine, an area overrun with elk that could hurt his bow and arrow sales.

“You can still hunt with permission of the land owner,” one AZGFD official said.

“That’s a pipe dream with more and more people moving in from California,” one resident said. “I invite you to try and get permission in Pine.”

But Daniels said hunters need to respect the feelings of others in this matter.

“It seems like there are going to be some ill effects,” Ulmer said. “I own an archery shop and that puts a damper on archery.”

One resident asked why it’s not illegal to feed wild animals like elk, which is part of the reason herds are so abundant in Pine.

“Some residents like to see deer and elk in their yards,” Daniels said. “I’ve seen bull elk eating out of kids’ hands. We talked to residents in one neighborhood and explained how feeding them is not a good idea and they stopped feeding them and within a couple of weeks the elk were out of there. They moved on.”

One hunter asked about the possibility of adding an urban hunting season to a place like Pine.

Darveau said they’ve talked to other officials where an urban hunting season was added.

“Public input plays a big role,” said Darveau. “Sometimes we make changes based on one or two recommendations.”

One resident said money is the reason behind many AZGFD rules and recommendations. Darveau disagreed.

“It’s not all about the money,” he said. “We always try and do the right thing for wildlife.”

Goughnour pointed out that no state tax money goes to fund the AZGFD. The money all comes from hunting and fishing fees.

Darveau said instituting new hunt guidelines every five years instead of two should be good for AZGFD personnel.

“It saves us a lot of time for changes that weren’t happening during the two-year cycle,” he said.

It’s an efficiency effort. We’re only one and a half years in this new method, so time will tell.”

Officials use helicopters, fixed wing planes and perform ground surveys to determine the number of animals in each unit. The ratio of males and juveniles to females, habitat conditions, and other information are also gathered during surveys.

One hunter asked why the state does not require hunters to report their hunt results to AZGFD, which could lead to more hunting tags issued.

One resident asked about what could be done with wild horses eating vegetation.

“I don’t want to kill horses, but something has to be done,” said one resident.

Another brought up the Canada geese problem in California.

“I lived in California and we had a Canada geese problem that took five years of studying,” he said. “We have got to get the general public to understand that if wildlife have food, they’re going to breed. It’s going to lead to trouble eventually.”

Some residents said they are concerned about the travel management plan that will lead to a reduction in the number of motorized trails. Some worry they won’t be able to retrieve animals they’ve harvested.

“Tonto National Forest is pretty good at listening to our comments,” Darveau said. “They’ve been very receptive and very good to work with when it comes to the department’s expertise on managing wildlife for all recreational users.