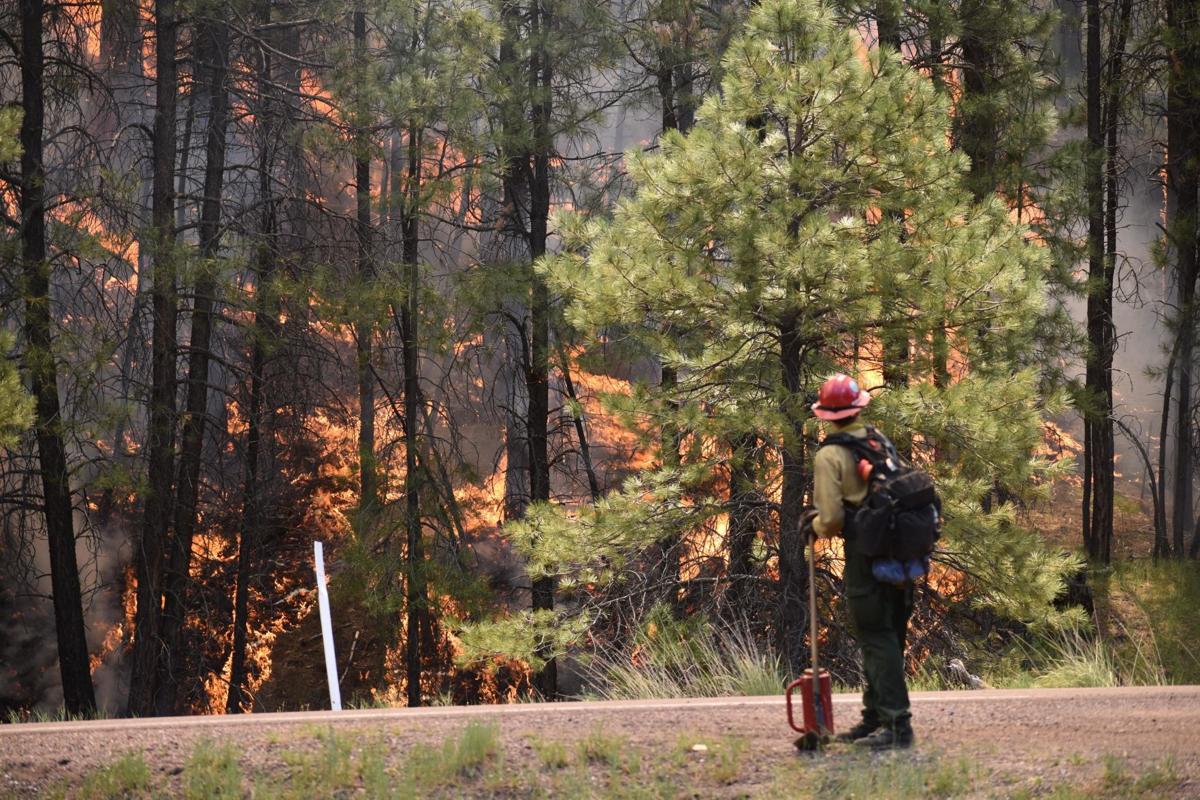 The Coldwater Fire burned some 17,000 acres on the edge of the C.C. Cragin watershed. 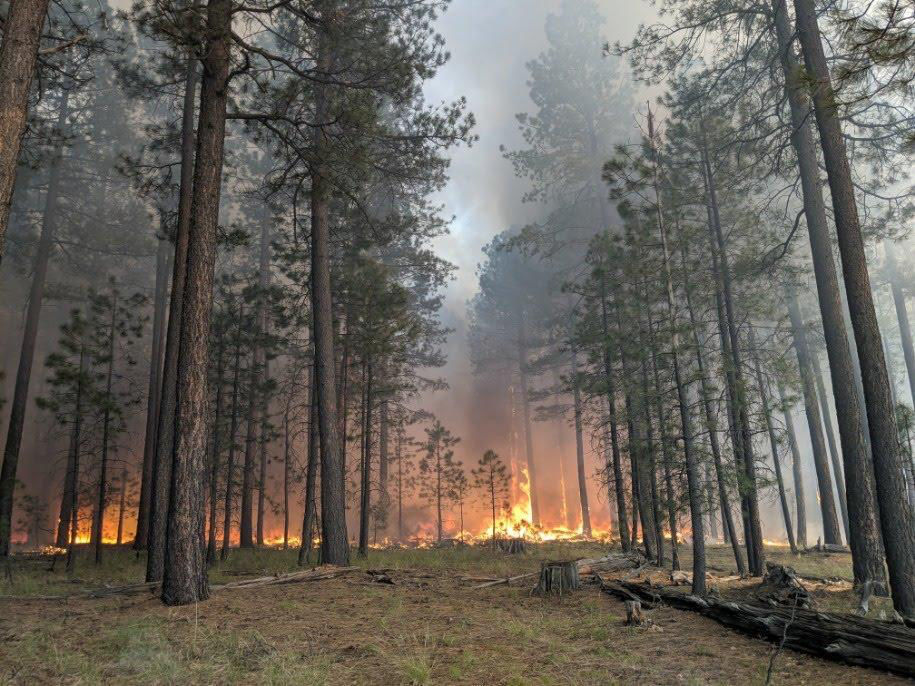 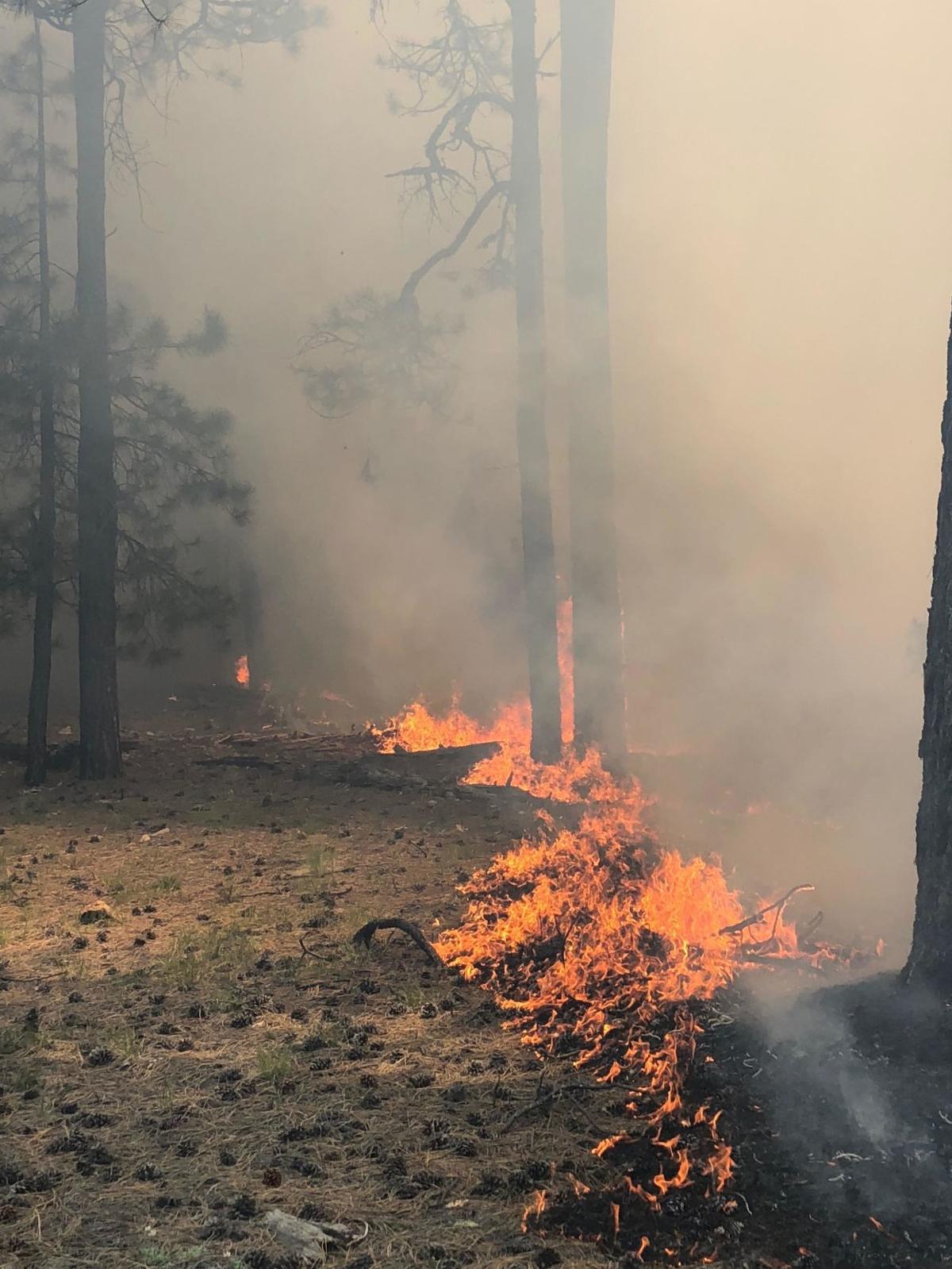 The Coldwater Fire burned some 17,000 acres on the edge of the C.C. Cragin watershed.

Policymakers have refused to create a market for biomass to promote forest thinning.

That leaves the Forest Service with a choice: Fight fire with fire.

The dilemma is no where more evident than on the watershed for the C.C Cragin Reservoir — a key water supply for both Payson and Phoenix.

The Forest Service last year offered a 3,500-acre timber sale on the watershed, hoping logging companies would actually pay to reduce tree densities from about 800 per acre to about 100 per acre.

Not a single company put in a bid — partly because the Forest Service specifications would have required them to haul away low-value biomass composed of saplings, branches and debris.

The decision recently by the Arizona Corporation Commission made things much worse, dashing hopes that the state regulatory agency would require the utilities it oversees to buy 60 megawatts of electricity annually generated from such biomass. Backers hoped non-regulated utilities like the Salt River Project would buy another 30 megawatts.

Now, the Forest Service has regrouped on the C.C. Cragin watershed, contracting with the Wild Turkey Federation to manage the 3,500-acre General Springs timber sale. Officials hope the group can raise money from outside sources to subsidize the thinning project. The Forest Service has already partnered with both Payson, the National Forest Foundation and SRP in an effort to accelerate the thinning of the vulnerable watershed.

In the meantime, the Forest Service remains reliant on a risky alternative to thinning projects — managed wildfires.

The wet winter this year allowed the Forest Service to manage fires across Arizona it would have otherwise put out quickly. Fires burning right now include lightning-caused Castle fire 11 miles north of Jacob Lake, which crew are monitoring within a managed fire planning area of 12,000 acres, the lightning-cased Newman Fire south of Upper Lake Mary near Flagstaff burning in a 22,000-acre planning area.

The 64,000-acre C.C. Cragin watershed offers a perfect illustration of the challenges facing the Forest Service in trying to integrate fire into its plan to restore millions of acres of forest now subject to devastating, town-destroying crown fires.

Forest managers say that a high-intensity crown fire on the dense thickets of trees on the slopes above the reservoir would cause flooding that could fill the long, narrow reservoir with mud. Such a fire could also destroy the infrastructure of the $54 million pipeline serving Payson as well as moving water to the Verde River where it supplies Phoenix.

So far, several low-intensity fires during the cooler months have burned through portions of the watershed without climbing into the treetops.

In June of 2018, the Bear Fire burned on top of the Mogollon Rim in the burn scar left by the Dude Fire. The fire ambled through dead and downed wood and burned off pine duff without jumping up into the bigger trees. It effectively created a buffer zone on the edge of the C.C. Cragin watershed — and just in time.

Weeks later, in more dangerous conditions, a presumably human-caused fire started at the base of the Mogollon Rim. The Highline Fire roared up the face of the Rim. Some 450 firefighters supported by air tankers made a stand along Control Road 300 to keep it from spreading into the forest beyond. The fire burned into the still smoldering scar of the Bear Fire.

Most recently, the Coldwater Fire burned some 17,000 acres on the edge of the watershed, some four miles from Clints Well. The fire proved a blessing, remaining on the ground and eating through pine duff, downed wood and saplings. The fire burned close to Highway 87. This allowed crews to actually set backfires along the highway, which moved towards the main body of the fire – creating a needed buffer zone along the highway.

“The fire started from a lightning strike in one tree that was about midway up a slope — not a very steep slope.”

The Coldwater Fire did a lot of the work that thinning crews would have done.

“In some areas, it removed a lot of the smaller trees — we call them doghair,” said Wadleigh. “It was a mixed severity fire, which is really good. That’s what we’re after, we don’t want to have the whole forest in one condition,” whether you’re talking about the behavior of wildfire or the needs of wildlife,” she said.

The fire managers got a break when the fire burned into an area where they’d already planned a controlled burn. That means they had already worked out where to create buffer zones and containment lines to keep the fire confined to the area that could most benefit.

So the Forest Service has shifted decisively from its 100-year effort to put out almost all wildfires as quickly as possible. That policy actually helped create the current danger, by changing natural fire cycles and allowing tree densities to increase tenfold or 100-fold across millions of acres.

But the Forest Service has tried to shift to a reliance on managed fire before, as retired Arizona State University fire ecologist Stephen Pyne detailed in his book, “The Southwest, A Fire Survey.”

Forest ecologists have warned for decades that relying entirely on fire suppression will inevitably end in catastrophe, when a megafire finally gets loose on a landscape piled high with fuel. The Forest Service has periodically shifted to taking the risk of allowing some fires to burn when conditions seem right. Inevitably, one of those managed fires eventually gets out of control and consumes homes or causes fatalities. That always causes a political backlash. The Forest Service has then repeatedly backed away from managing fire, returning to an emphasis on suppression.

“We have to come up with another way to do this,” said Wadleigh. “We’ve got a whole suite of tools and we don’t want to abandon any of those ideas. We’ve got to look at what we’re trying to do — and that’s remove the smaller fuels that are going to create a crown fire. That’s the most important thing we do, is remove the smaller stuff.”

And that’s what makes the recent ACC decision to not create a market for biomass such a body blow to those efforts — not only to save the C.C. Cragin watershed, but to prevent the next Rodeo-Chediski or Wallow Fire from burning straight through vulnerable forest communities like Show Low and Springerville.

“It’s important what we do as a state as a whole. Finding a market for the biomass is incredibly important,” concluded Wadleigh.

Next: Can the Wild Turkey Federation save the C.C. Cragin watershed — and maybe forested communities as well?