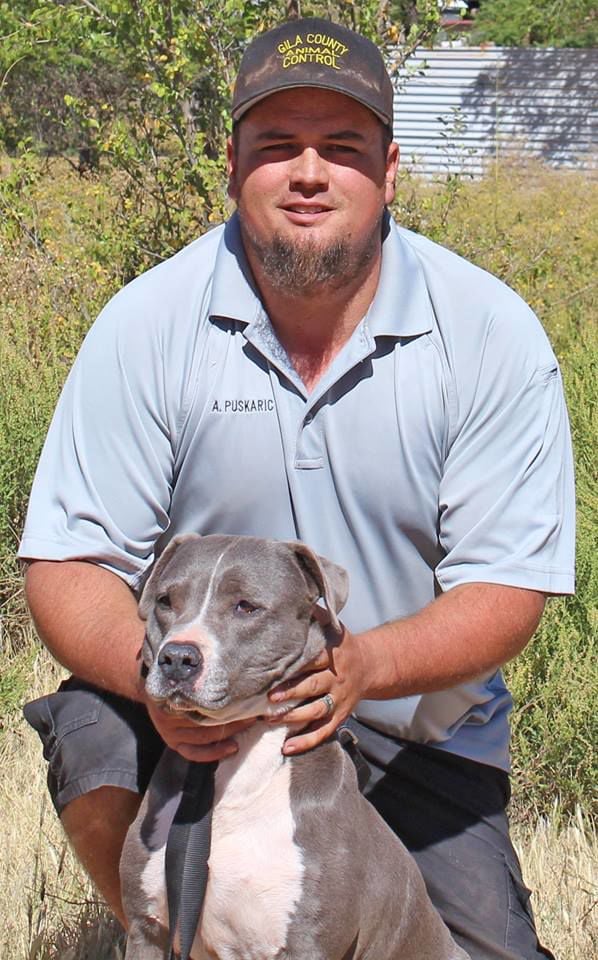 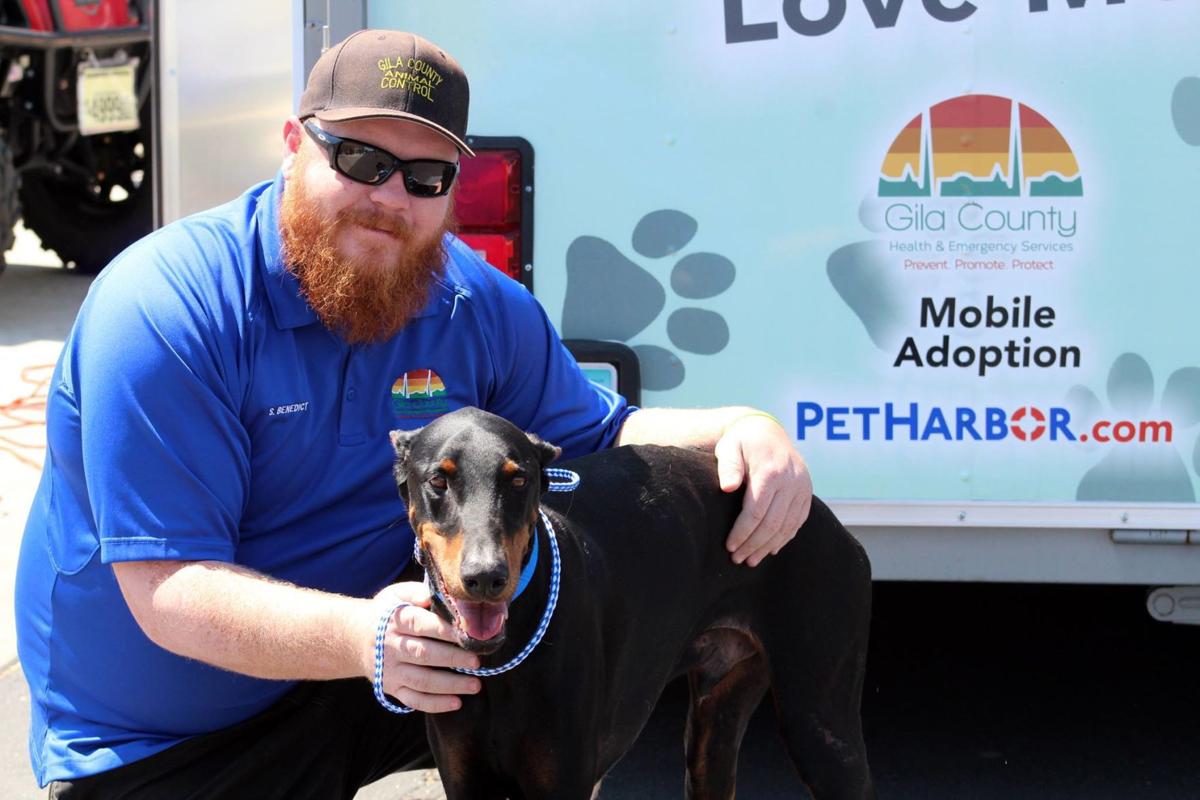 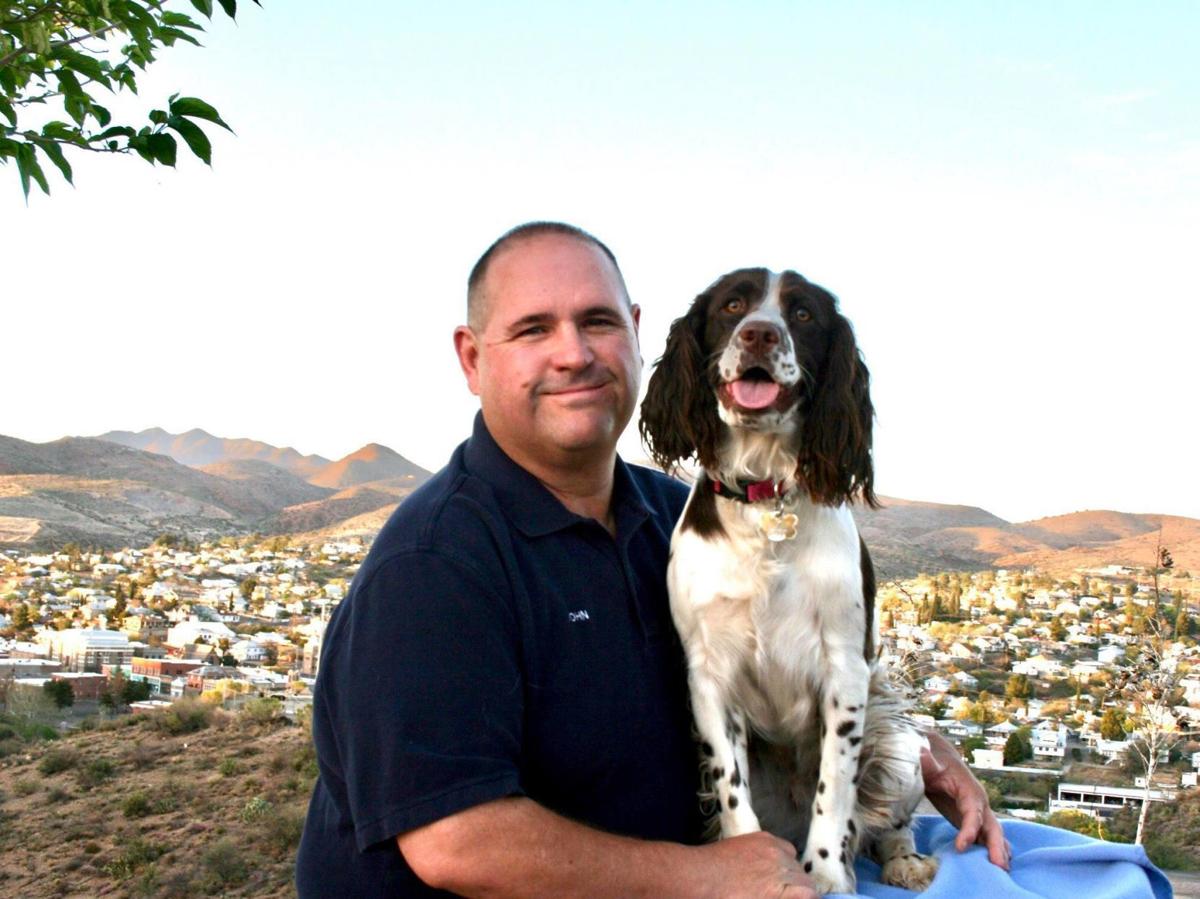 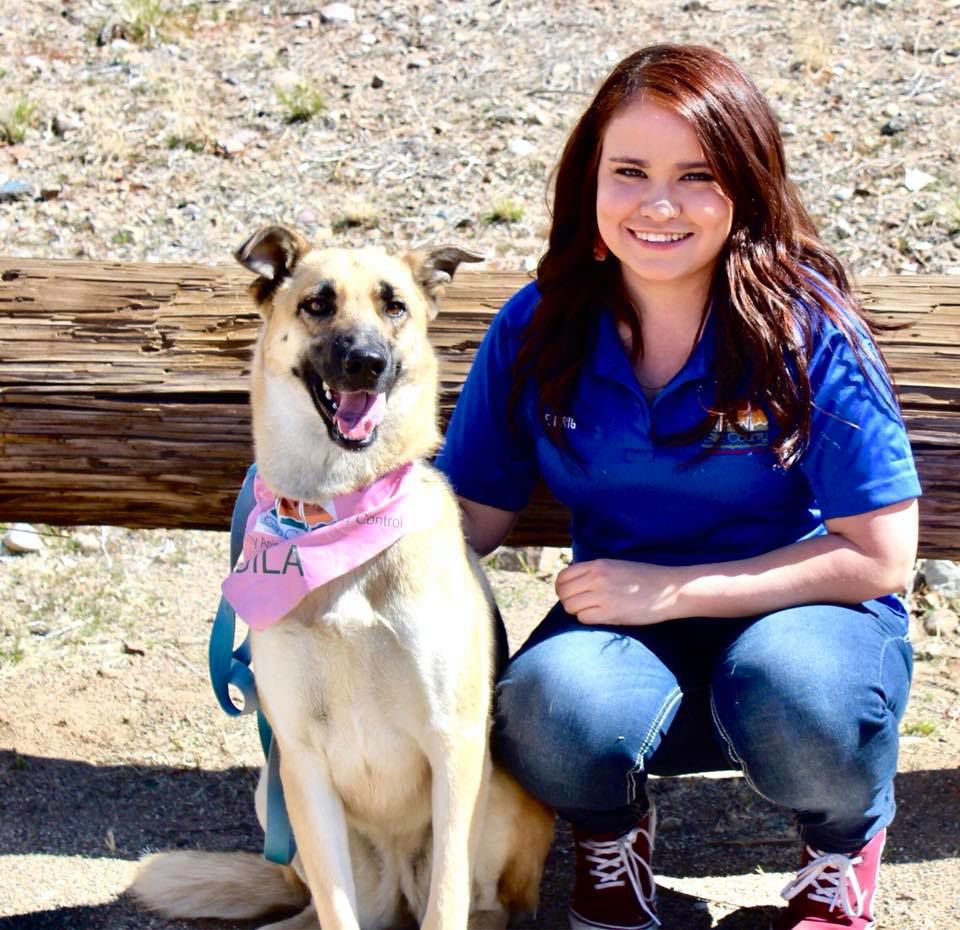 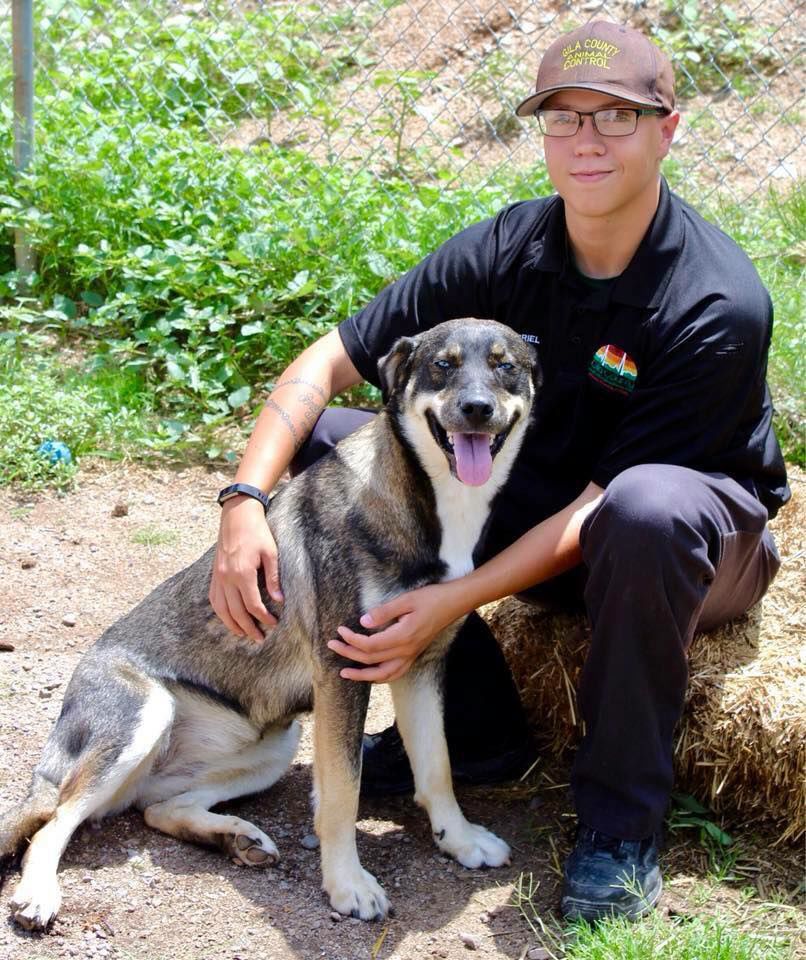 Catching frightened strays, investigating abusive owners — and occasionally having to euthanize severely injured animals are among things that can make Animal Care and Control one of those “thankless” jobs. Gila County is blessed with a dedicated staff at the Animal Care & Control Department, led by John Castaneda, who has 26 years service, and includes Animal Control officers Anthony Puskaric and Sheldon Benedict in Payson, and Gabriel Arrellin, Felicia Ihrig and Kris Tower in Globe. National Animal Control Officer Appreciation Week, and brief introductions below, are a chance to get acquainted with these staffers and their work. Post a friendly compliment online this week at facebook.com/GilaCountyAnimalCare, or say thanks in person with a visit to the Humane Society of Central Arizona. Even better, call ahead and arrange a visit 928-474-5590 and plan to bring home a new four-footed friend. Finding homes for shelter dogs and cats is the happiest moment of an animal control officer’s day — a sentiment echoed repeatedly below.

Payson residents who meet Sheldon Benedict through this profile can salute him twice: once for his work here as an animal control officer, and also for his military service.

“I’ve seen some of the most scenic places in the U.S. after living 21 years in California, four years in Alaska, and five years in Arizona,” said Sheldon.

“I served in the Army for four years — stationed in Alaska and serving as a combat engineer, and also deployed to Afghanistan for a tour.” Always interested in a career working with animals, Sheldon and his wife moved to Payson in 2015, settling down with three dogs and a cat — and his new job as animal control officer.

After a dozen years with Gila County Animal Care & Control, Anthony Puskaric is well-known around Payson. Boyhood dreams of becoming a veterinarian fueled a lifelong love for animals — and meeting an animal control officer nudged him onto the path of protecting animals as a law enforcement officer and rescuer.

“Definitely my favorite element of this work is saving animals from bad situations, and also seeing the faces of people when they are reunited with a lost pet,” Puskaric said.

Anthony Puskaric’s wife and 10 kids were proud in 2016 when he was recognized and awarded as a Gila County Employee of the Year; friends in Payson appreciate these loving foster parents — and their boisterous property and extended animal family of three dogs, six cats, two pigs, 120 ducks — and 300 chickens!

John Castaneda, program manager at Animal Care & Control, began his 26-year career as a temporary officer — but was quickly promoted to permanent status, and in 2010 became manager. “Without a doubt, my favorite part of the job is when lost animals are reunited with their owners, and when the efforts of our staff are successful and stray dogs find new homes,” said Castaneda.

A lifelong Globe resident and avid outdoorsman, John and his wife raised their two children (and grandkids, now) hiking, camping, hunting and fishing in the Pinals, Mazatzals and enjoying the Tonto National Forest, and time afield with their two English springer spaniels.

Gabriel Arrellin celebrated his third year on the Animal Control staff in Globe, and takes pride in the positive elements of his job. “I wanted a job that helps our community be a better place, in part by improving the lives of animals. Becoming an officer allows me daily opportunities to fulfill that — it’s interesting work, too — there’s never a dull moment on a job where you interact with both animals and people every day.” Gabe has seen much of Arizona after living in Morenci, Sierra Vista and Mesa before settling in Globe. “I enjoy hunting, fishing, being outdoors — spending time with my family and my rescue dog, Nala. She’s one of three dogs and one cat at home; that doesn’t leave much off-time, but I watch football, basketball, baseball, boxing, and UFC when I can.”

Felicia Ihrig may be the most familiar staffer: the shelter’s popular Facebook community of more than 1,700 (facebook.com/GilaCountyAnimalCare) often succeeds with reuniting pets and their people thanks to Felicia’s creative posts spotlighting lost or stray dogs. Now in her fourth year on the job, Felicia was raised caring for family pets and gravitated toward animal care as a career — moving from the Valley to accept a new job at Gila County Animal Care & Control. “I love being able to meet residents of Globe-Miami and get to know them, and their animals — and witness firsthand how thankful they are for our help when we’re successful.” Her household includes three dogs and a cat; a hard-working young lady, she also works weekends at Tractor Supply — and makes it a priority to play with her toddler niece and help her bother, Trevor.

Kris Tower says education is part of his Animal Control mission — and he takes his show on the road visiting local schools to teach kids about animals, animal care — and how to stay safe around unfamiliar dogs, cats and wildlife. On staff for almost four years, his interest in law enforcement lured him to work in Animal Control. “Getting to meet new people and see their love for animals is my favorite part of the daily routine, and I’m proud of our outreach effort to bring our well-trained shelter mascot, a friendly German shepherd named Gila, into local schools. Kids love animals — and when one appears in the classroom it focuses their attention — and they’re ready to listen and learn.”

Kris was born in Globe, then lived in New Mexico and Show Low before returning to his roots with his fiancee and their twins, Charles and Braxton — two lucky sons likely to enjoy go-karts, firearms and sports with their dad.