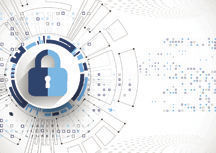 Gila County hopes to turn broadband into a utility. The county has asked both Star Valley and Payson to join them for talks.

Gila County hopes to turn broadband into a utility. The county has asked both Star Valley and Payson to join them for talks.

Gila County officials believe they can bring internet service to residents for as little as $10 a month.

County Supervisor Tommie Martin lights up when she talks about providing a safe, reliable, inexpensive alternative to providers such as Suddenlink and CenturyLink.

“It turns it all on its head,” she said of the plan for the county to provide the network so end users can choose a provider that’s cost effective.

Better yet: Rim Country will no longer face frequent outages, which have resulted in lost business and medical emergencies.

For the past few years, residents have sought a fix for the outages.

The county would treat broadband like it does roads, the infrastructure that connects businesses and residents. So the county would regularly maintain the infrastructure, as it does the roads. Competitive providers like Suddenlink, CenturyLink and Cable One could then use those lines to provide services — with competition keeping prices lower. But should the county get into the broadband business?

A company named EntryPoint made a presentation to the county recently, officials saying:

• Local governments should own and control broadband infrastructure.

• The private sector should provide services on that infrastructure.

Topping it all — their No. 1 rule — “whoever controls the infrastructure has control.”

EntryPoint has a Harvard study to back it up.

Back in 2010, Harvard researchers found that lower prices and better service resulted from “open access broadband networks,” a central network on which multiple internet service providers compete for business.

EntryPoint estimated Gila County could pay for that infrastructure by collecting about $9 million a year — which works out to about $70 a month for each of the 11,000 households in Gila County. The presentation didn’t say whether that $70 per month would include the charge for programming from someone like Suddenlink or CenturyLink.

However, federal policies have generally favored granting large companies quasi-monopolies, which have driven up internet costs — especially in rural areas.

The city built its own broadband “final mile” network.

Customers pay a base rate of $30 to $50 a month. Customers can then choose programming from Comcast, Verizon, CenturyLink, AT&T, Google Fiber and others. Users can shift from one to another seeking the best price and programming using “software defined infrastructure.”

Martin said users would have an app to allow them to pick from a menu of providers, based on price and program selection.

“I’ve heard of people only paying $10 per month for internet service,” she said.

That internet service charge does not include the monthly charge to maintain the cables that bring the signal to the home.

However, that’s where Martin said a plan by Arizona Public Service to string a high-speed fiber line on its transmission towers passing close to Payson could make a difference.

The key to providing reliable internet service lies in creating a looped cable system. If someone cuts the cable, the signal will instantly change course and come down from the other end of the loop — preventing outages.

Currently, a single cable from Phoenix through Camp Verde runs along Fossil Creek to reach Pine and then Payson. That’s where the line ends. So a cut anywhere along that line cuts off all internet service. Backhoes, washouts and even squirrels have cut that line in the past several years.

APS plans to install a fiber optic broadband line along its transmission lines between its Phoenix office and the Preacher Canyon substation in Payson.

“We replace the top wire called the static or shield wire because it shields the power line from lightning,” said Dominic Pagliuca, senior manager of strategic fiber for APS. “We replace that with fiber optic wire. For this particular project, it improves resiliency for grid operations and supports rural broadband.”

This fiber line, once completed, will create a loop to guarantee reliability to northern Arizona.

The loop will go from Phoenix to Sedona, then over to the Cholla Power Plant, down to Heber and Payson before finally connecting to the company’s substation at 68th Street and Scottsdale Road.

Providers can connect to that line at many places along the way.

“There are a lot of fiber companies in metro Phoenix that can support internet service providers,” said Pagliuca.

He and his team have made presentations to the counties along the APS route, which will allow internet service providers to leverage unused capacity on the company’s broadband line.

“We are trying to make it as flexible as we can (to connect),” he said.

That includes bringing a line into Payson at the Longhorn substation — or meeting a provider out at Preacher Canyon.

“We are providing the broadband super highway from Payson to Phoenix and the offramp(s) are up to the partners,” he said.

But APS is “not a telecom provider,” said Pagliuca, so the cost of connecting to the new line remains unclear.

“It is still early in the process (but) we’re trying to make it easy with a fixed price,” said Pagliuca.

Martin believes the APS project could make it possible for the county to connect within the next year.

The plan faces lots of financial hurdles, according to Nick Robinson, a broadband consultant who has worked for years with the local Broadband Consortium.

“It’s like buying your own express lane,” he said.

Robinson agrees with APS, Gila County would have to find an on-ramp and then “build its own infrastructure.”

Robinson said Ammon, Idaho “started with a base piece,” of broadband infrastructure the town laid itself.

He praised the county for setting aside $2 million for the possible project. “That’s a good down payment, but there’s huge amounts of infrastructure to build.”

Robinson still believes Sparklight (Cable One) could also offer a viable option — and perhaps an extra line all the way to Phoenix to complement the APS line. He said two different companies could provide that middle mile connection.

“It’s like buying a house versus renting a house,” he said, “If a company leases a broadband line at $10,000 a month, costs will add up into perpetuity. If they build their own line, they could pay it off in X number of years.”

It comes down to money, said Robinson. “When somebody else owns that long haul (middle mile) you are not master of your destiny,” he said.

And that brings us back to EntryPoint’s No. 1 Rule: Whoever controls the infrastructure has control.

-- Speeds went from 30 megabites per second (Mbps) download and 5 Mpbs upload with shared connection, to 100/100 Mbps with a dedicated connection.

EntryPoint’s #1 Rule: Whoever controls the infrastructure has control.