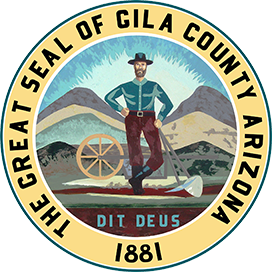 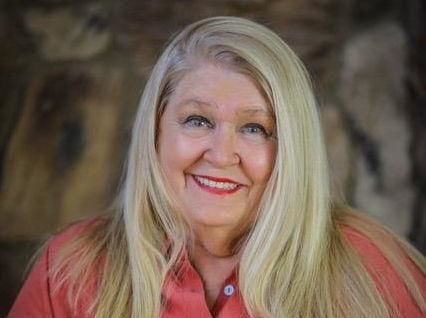 Overman-Jackman has criticized Martin for spending on travel, handing out money to community groups without full documentation and not doing anything about the county’s years-long failure to complete state-required audit reports.

“The county supervisors are the people who are responsible ... they can’t put it off on the county manager,” said Overman-Jackman.

But management makes a difference and so does politics, said Martin.

The missing audits occurred during the tenure of former county manager Don McDaniel.

“Part of him not being a good manager is he didn’t put good process in place,” she said.

Now, the county is making progress on solving the backlog of problems with the election of two mid-county supervisors. “Until Woody (Cline) and Tim (Humphrey) were on the supervisors, the two Globe supervisors simply ran the show,” Martin said.

Martin blamed the north-south county split in interest between Payson and Globe for the decision to hire McDaniel.

“I didn’t have a second vote” to keep him from getting the job, said Martin.

Overman-Jackman doesn’t agree with that explanation.

“Their answers are a runaround,” she said. “It’s time for a change.”

Most of Overman-Jackman’s criticisms connect to the revelation that in 2017 Gila County had fallen seven years behind in the state-mandated, annual financial audits.

County officials say they’ve completed about half of the missing audits and will get caught up by 2021. The county has also implemented the new financial policies recommended by the auditor general, according to County Manager James Menlove. He was county finance director between 2016 and 2017.

However, the last time Gila County filed an audit on time was way back in 2011, the county concedes. The county didn’t issue an audit report at all in 2013, 2014, 2015 or 2016. The county has since filed several years’ worth of audits but remains about three years behind.

Once the current supervisors took their seats, the county took action on the problem starting in January 2017, said Menlove. At that point, the supervisors decided the finance department did not have the education, knowledge, experience or expertise to compile financial statements or complete audits.

“Under the direction of the current Board of Supervisors, changes were made to several high-level leadership positions in Gila County,” said Menlove, without offering the details Martin provided.

In the last three years, the county has completed five years of missing audits. The county has still not provided an audited statement for 2017, 2018 or 2019, however.

The most recent audit — 2016-17 fiscal year found a lengthy list of problems:

• The supervisors awarded $205,788 to various organizations without proper documentation such as an intergovernmental agreement, memorandum of understanding, or contract.

• The county spent $30,741 on travel “on behalf of one of its supervisors” without expense reports, receipts or other documentation.

• Since the county filed audits so late, misclassification of millions of dollars could have affected government grants, contracts and long-term debt covenants.

• The county has not done a physical inventory of its machinery and equipment since 2009.

• The county did not have policies and procedures to record and classify capital assets including construction in progress and depreciation.

• The county did not have adequate cyber security in place for either external or internal protection of digital data.

• The county did not comply with its conflict of interest policies. The OAC found this in the prior year’s audit as well.

• County staff transferred more than the legally allowed limit between budget line items without board of supervisors’ knowledge. The staff member did not have the proper understanding of state laws.

• The county did not ensure all public funds deposited in a bank were FDIC insured.

• The lack of adequate recordkeeping for federal grants caused the county to overstate its expenditures and not comply with grant requirements. The county receives federal funds for housing vouchers, forest fees for schools and roads, disaster preparedness and child support enforcement.

The audit ends with Gila County’s plan to address the issues, including catching up on the still overdue audits from the past three years, said Menlove.

In addition, the county has launched a strategic five-year plan focused on county finances, including better staff training and performance evaluations.

The plan will “help ensure there is no fraud, waste or abuse of county financial resources,” said Menlove.

The strategic plan, passed by the supervisors focused on “diligence in stewardship of assets” in order to create economic growth, community safety and educational opportunities for residents, said Menlove.

“The necessity of adequate and proper financial policies, and their contents and scope, were discussed by the BOS on Sept. 26, 2017,” said Menlove.

The board of supervisors implemented many of the recommendations in the audit and now relies on the Arizona Office of the Auditor General for key functions. The auditor general review found some sloppy accounting practices in the past audits such as a lack of receipts, particularly for travel and proper documentation when the county gives money to nonprofits, the county has already started to clean up.