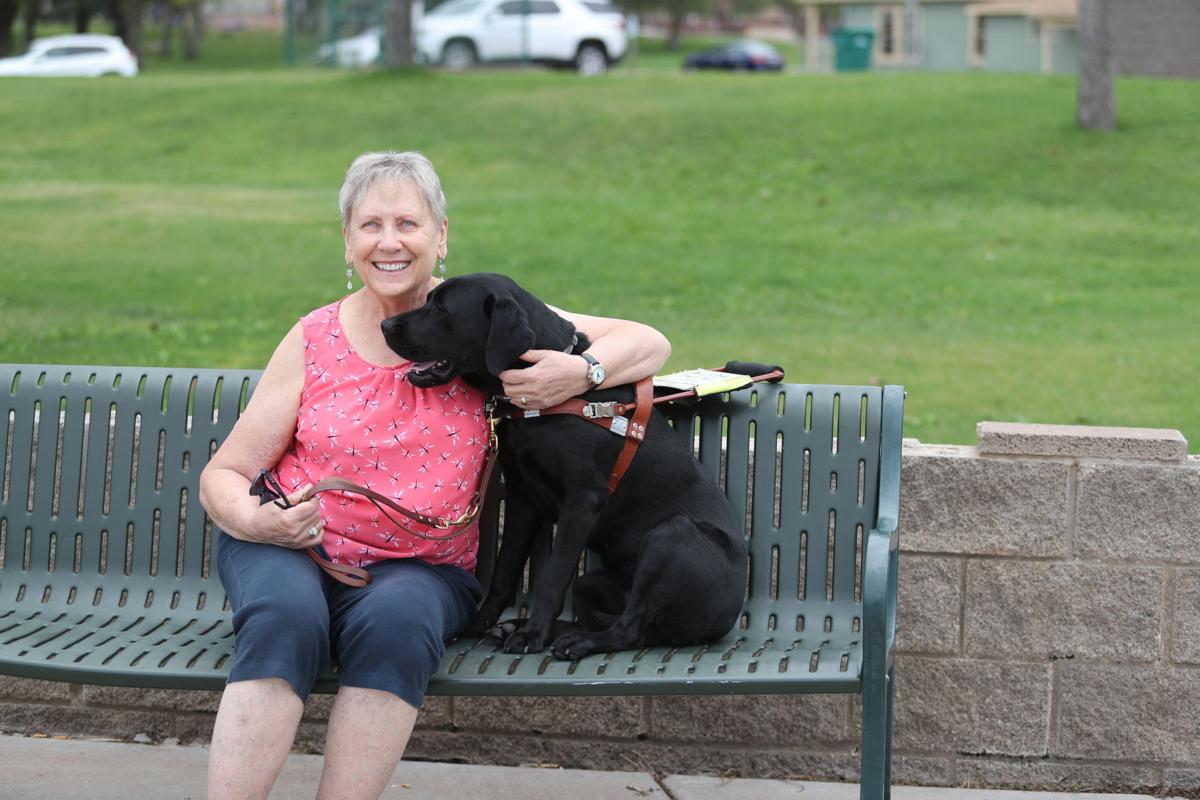 Jacque Olsen and her guide dog take a break at Green Valley Park. 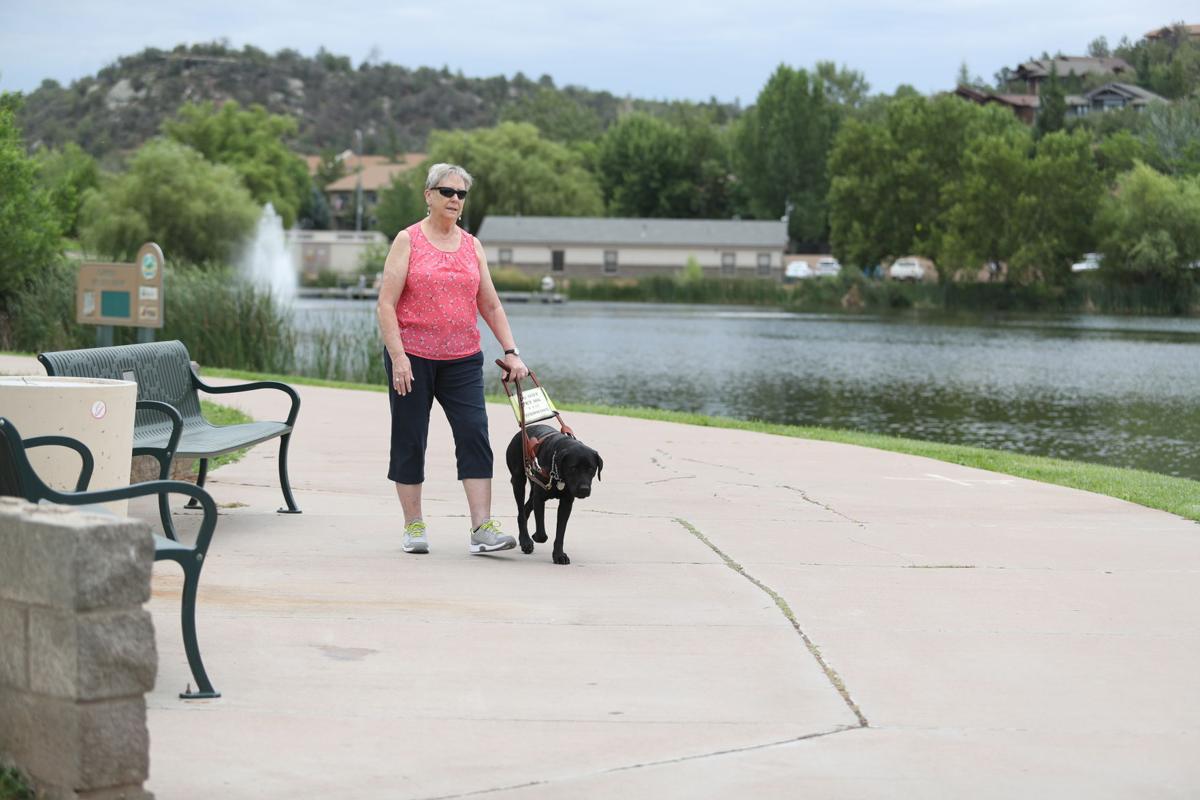 Jacque Olsen and her guide dog take a break at Green Valley Park.

Jacque Olsen sometimes wishes she had a different dog.

Make no mistake, the Payson resident loves her young black Labrador retriever. This is the fourth guide dog she’s had in 21 years — all labs.

And that’s led to issues when she deals with people in public.

“Labs are so cute that many people pet her, talk to her or offer her treats,” Olsen said.

Those are all no-nos for guide and other service dogs.

“Sometimes I think I should have gotten a German shepherd,” Olsen said. “My friends with German shepherds typically don’t have this problem. They’re great, but they don’t give you that warm cuddly feeling that Labs do. It’s the Labs and people sold on Labs that have to deal with this.”

But she keeps getting Labs for a reason.

Jacque and her husband, Dan, bought a second home in Payson “six or seven” years ago when he retired. Last year, they sold their house in Tempe and moved to Payson full time.

Olsen was born with retinitis pigmentosa, a hereditary eye disease that limited her sight over the years, leaving her with very little these days.

Her first two guide dogs were males. The last two have been females. Her yellow Lab, Gracie, died a month shy of her seventh birthday last year from cancer.

“My first two dogs retired,” she said. “They just age out. You can keep them when they retire or give them back so the school can find someone to adopt them. I kept my dogs.

“Last year, right in the middle of the COVID nonsense, Gracie died. Gracie was great. She was still working very well.

“Because of COVID, all the guide dog schools were shut down, so I had to go a year without a guide dog.”

So, now she has Henrietta. That’s not her real name. She doesn’t want to give out her actual name because that could only exacerbate the problem. So, she gives her dogs’ public names that they won’t respond to, rather than go through all the details of why she can’t give out her name whenever someone asks.

There are so many issues, she wants to get the word out about what isn’t acceptable.

“I just received a new guide dog, and it was already apparent while we were still training a few weeks ago that people just don’t get it,” Olsen said. “I am experiencing issues with some people interfering or distracting my new guide dog when we’re in public.

“It’s important that people adhere to the proper guide dog etiquette. I think I’m the only guide dog user in Payson, but I’ve heard from several others who use service dogs here who have the same complaints.”

Olsen just wants to get the message out to as many people as she can.

“I would really like for people to understand the rules,” she said. “We’ve only been into this a couple of weeks now with this new dog and every time I go out there is at least one situation. Henrietta wears a sign saying ‘Do not pet me, I am working.’

“People ask ‘What’s her work,’ because I don’t look blind and I tell people I’m blind and she’s my guide dog. So, I don’t mind.

“But people try to engage with her and that’s just as dangerous. They talk to dogs like they’re talking to a 1-year-old child and that can be a big distraction for a guide dog.

“I think it’s important people know that person is relying on that dog to remain focused and do it’s work and when the public does something that distracts the dog, that puts me in danger and that’s really why this is important to me.”

She said it’s pretty simple: when you are near someone with a service dog — never touch, talk to, offer food or treats or otherwise interact with a working dog.

“All people really need to know is when a dog is guiding it needs to remain focused and not be distracted by other people,” she said.

Another issue, as it is for anyone out walking, is dogs roaming off leash. It’s even worse when someone like Olsen can’t see what’s happening around her.

“We’ve had an encounter already on a walk,” she said. “You don’t know if you’re going to end up with a dog fight and for someone that can’t see, they don’t know what’s going on and can get turned around. There have been guide dogs that have been killed by loose attacking dogs. It’s a serious thing.”

She said Arizona recently passed a law allowing for lawsuits against any dog owner, or anyone, whose dog interferes with a guide dog team while they’re walking/working.

Olsen said she’d be in trouble without her guide dog and her husband.

“We make a pretty good team,” she said.