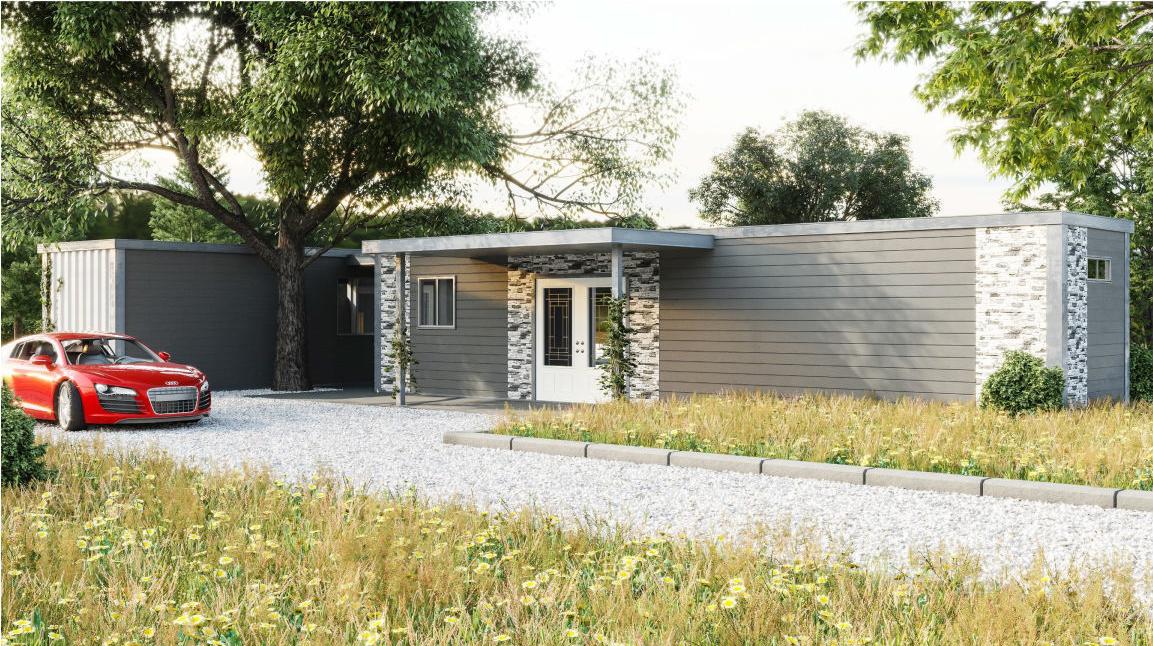 The MHA Foundation says it will install Payson’s first container residence off Ponderosa Street giving doctors a place to live while they train in Payson. 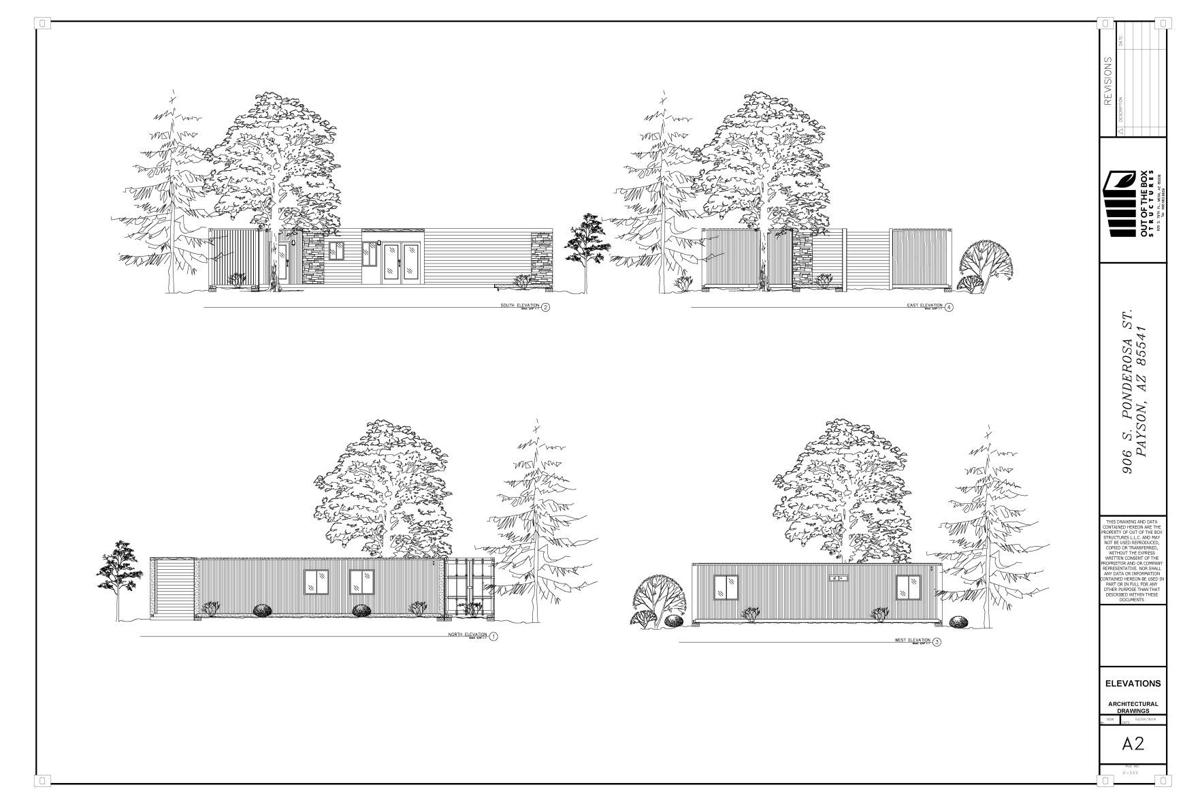 The MHA Foundation says it will install Payson’s first container residence off Ponderosa Street giving doctors a place to live while they train in Payson.

A “visionary” program to train doctors in Payson may offer a way to solve the dangerous shortage of doctors in rural communities throughout the nation.

The University of Arizona medical school in Phoenix with the support of the MHA Foundation next year will provide hands-on clinical training for six to nine primary care medical students working with Payson doctors. The MHA Foundation has invested millions to establish the program and hopes to help students who serve rural areas wind up debt-free, although the typical medical student winds up about $250,000 in debt.

Not only will the program produce rural doctors, the training will make them experts in new technologies like telemedicine.

“It’s groundbreaking,” said UA College of Medicine – Phoenix Director of Communications Beth Smith. “It’s not just the MHA Foundation’s financial support — it’s their vision. They really did champion the need for this and they did leverage their relationships in the community to bring people together who could make it work.”

The program will “address multiple challenges in medical education, including how to resolve critical workforce shortages in rural communities; how to provide medical education grounded in current scientific understanding and learning; how to prevent ethical erosion among students and prevent student and faculty burnout; and finally how to grow the next generation of physicians suitably trained for the unique practice challenges that characterize rural patient care,” according to a release on the Longitudinal Integrated Clerkship curriculum in Payson.

A “clerkship” involves the third year of medical school focused on hands-on work with patients.

“We’ve tried stipends and other ways of incentivizing them without success,” said Evans. “What triggered this was our enthusiasm for telehealth and telemedicine — we’ve got to find a way to deliver quality health care in a rural setting — we can’t just keep trying to shove this square peg into a round hole. So how do we do that? We allow a rural doctor to become an expert in the eyes of his patient.”

The students will work with UofA faculty, as well as with scores of local doctors. Dr. Alan Michels, a local doctor who started out as an emergency room nurse, will spearhead the program. Dr. Judith Hunt, who directs the Payson Christian Clinic, will also serve as supervising faculty.

Evans gave much of the credit to Michels and Hunt.

The first three students will work with the Christian Clinic and follow 40 patients throughout their clerkship year.

An estimated 20 of Payson’s 60 physicians will end up mentoring the medical students, who will rotate through practices.

The presence of Banner Payson was also critical. Statewide, Banner operates the teaching hospital for the University of Arizona medical school in Tucson. The Banner system has also invested heavily in telemedicine approaches, connecting primary care doctors to specialists throughout their system.

“This is an outstanding opportunity for our students to learn the rewards of practicing in a rural setting. It’s an important part of the solution to the shortage of physicians in rural communities,” said Dr. Steve Lieberman, the senior associate dean of academic affairs.

Dr. Jonathan Cartsonis, director of the college’s Rural Health Professions Program, said, “This is a true partnership between the college and a rural community.” He credited Dr. Michels and Dr. Hunt with helping to develop the curriculum. “It’s a unique opportunity for patients to have a health advocate. I think that’s been missing in medical education.”

The Payson program offers a model for a solving a shortage of doctors in rural areas.

“The shortage of physicians is a national problem, but it disproportionately affects us in Arizona, said Dr. Guy Reed, dean of the UofA College of Medicine in Phoenix. “We currently need 563 primary care physicians. In 10 years, we’ll need 1,941 more. Citizens in rural Arizona already acutely feel this need.”

An estimated 18 percent of Arizona residents have two or more chronic diseases but 35 percent of those say they have delayed or skipped needed care because of transportation or inability to find a doctor.

The Arizona Primary Care Physician Workforce report concluded many rural towns have one provider per 10,000 population, while the standard is more like one primary care doctor for every 2,000 population.

As a result, many people living in rural areas must make trips to nearby urban centers. This not only costs lives, it can blight the economic prospects of rural communities – especially in places like Payson with a lot of retired residents.

The problem has gotten worse instead of better in recent years.

One national survey found only 1 percent of medical students in their final year say they want to live in communities with fewer than 10,000 people.

The UofA’s rural medical training program represents an effort to confront those trends.

“Basically, what we’re doing now is sending students to a large urban center to learn to be a rural doctor,” said Evans. “That’s like sending (a student) down to Phoenix to learn to be a rodeo bronc rider. What began to evolve as we talked to UofA and to the students is that one of the things that’s missing in the whole experience was the actual experience of being in rural Arizona.”

“Our numbers are going in the wrong direction,” said UofA College of Medicine Phoenix Communications Director Beth Smith. The UofA Tucson program has about 400 or 500 students and the Phoenix campus about 100.

“We find that students aren’t exposed to rural communities and rural medicine when they’re making decisions about their careers,” she said. “They didn’t have exposure to doing primary care in a rural environment, so they didn’t have any perspective on how they could build a career in a rural area. Giving them that experience is very helpful in opening their eyes to where they could best serve.”

However, the program also had to meet national standards for medical school accreditation.

That’s one big reason MHA Foundation invested $2 million in redundant, high-speed internet. In addition to the benefits to the community, the upgraded connection will allow Payson medical students to attend teleconference lectures given by teachers in Phoenix or Tucson — or anywhere else in the world.

The program also will have the same access to medical research and training materials as the library at the University of Arizona. The students will have a lounge where they can study, connect with professors and classes and access research results from all over the world.

Most importantly, the students will work directly with local doctors.

Evans said MHA Foundation is supporting the development of whole new specialties through both the medical school program and a dramatic increase in slots to train nurses and medical technicians at the Eastern Arizona College Payson campus.

The key lies in turning the primary care doctor into the manager of care for the patient — including an effort to head off problems through lifestyle and prevention.

Smith said, “We are trying to create more of a strong relationship between the primary care physician and the patient, so they don’t have people waiting until the condition has advanced so that the first time they request care it leads them straight to the specialist.”

New technology provides a way to continually monitor things like blood pressure and blood sugar, either with remote monitoring or a visit from a home care medical technician or nurse. But that will require evaluating data and determining the need for more tests or a specialist.

“We can overwhelm a doctor with data right now,” said Evans. “The doctor has to have a way to filter data down to a manageable number.”

The UofA’s rural medicine program focuses on both recruiting people who will stick with rural communities and making sure they have the high-tech tools and training to manage patient care.

The UofA wants to interview students for the program in January, hoping to start the first students in April.

That means the MHA Foundation has a lot of work to do.

The MHA Foundation has already leased a building near the Banner Payson Medical Center for classrooms, a library, a study area and other facilities. It’s also building a small dorm complex nearby. The MHA Foundation opted to build the facilities next to the hospital, the Christian Clinic and Dr. Michels’ practice so students can mostly walk from one assignment or class to another.

“We’re building student housing on the MHA property. We don’t yet have the facility we need — it’ll be several thousand square feet. We want the students to have a lounge, internet cafe, a place to crash, a library. They want to make sure this is an immersion experience for future doctors,” said Evans.

The UofA remains in charge of picking the students, but MHA Foundation hopes more Payson students will consider careers in medicine – especially if they can come home for their training and then set up practice near family and friends.

“The University of Arizona envisions this as being scalable — so Payson can become a model for the Flagstaffs and Kingmans and Prescotts of the world,” said Evans. “We are facing big challenges and we’re realizing that doing more of the same isn’t going to solve the problem. It really requires literally thinking outside the box.”

Cartsonis said that the support of the MHA Foundation was critical. “There is buy-in everywhere you look. It’s the kind of model I’d like to repeat in other communities across the state.”

“They were a good advocate for the community — even though it hadn’t been done before,” said Smith. “That’s part of being a visionary.”