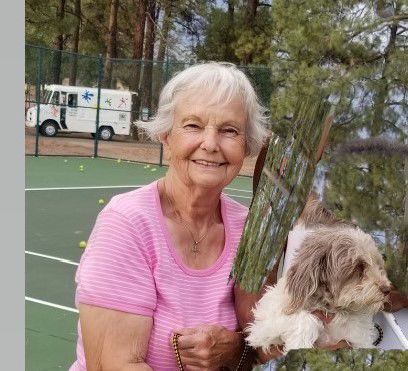 June is one of the Heart, Artery & Vein Institute’s former patients who expressed her satisfaction with Dr. Mir Ali’s treatment for her varicose veins.

Steve C. lost his left leg due to an unexpected infection. He was told to “get friendly with a cardiologist.” So, he went to see Dr. Mir Ali, who started educating and coaching him about how important exercise and diet was for him to regain a healthy lifestyle.

June is one of the Heart, Artery & Vein Institute’s former patients who expressed her satisfaction with Dr. Mir Ali’s treatment for her varicose veins.

Steve C. lost his left leg due to an unexpected infection. He was told to “get friendly with a cardiologist.” So, he went to see Dr. Mir Ali, who started educating and coaching him about how important exercise and diet was for him to regain a healthy lifestyle.

The most enjoyable part of understanding the type of physician Dr. Mir Ali is comes from meeting and talking with his patients. There’s nothing better than a testimonial from an actual patient who has had a test, procedure or treatment (or all three).

Each of the following three people has given permission to share their very personal journeys and success stories.

This documentation begins with a scholarly gentleman named Steve C.

Steve is a senior dean at Gila Community College serving both Globe and Payson. He’s 69 years young and had a wake up call back in 2012. Steve lost his left leg ... “due to an unexpected infection and I probably didn’t take care of myself as I should have.” He was told by his physician to “get friendly with a cardiologist.”

Three years later, while under the care of Dr. Ali and his team, he can recount each of the tests and procedures from the stress test, to the ultrasound, to unblocking the carotid artery. Having these tests and procedure made him think about how many of his friends have also experienced illness due to a cardiac episode.

Upon meeting Dr. Ali he felt right off that, “Dr. Ali understands how important it is to educate and coach his patients. He talked about how important exercise and diet was for me to regain a healthy lifestyle.”

Having a limb amputated is a long healing process. It takes 98% more energy to walk with a prosthetic. Now Steve feels he’s “back on course.”

That’s, the golf course, of course ... from starting to play four holes to now playing 18 holes. “I can do 9 more easily now with no fatigue.”

When asked what he’d like to share about Dr. Ali, Steve said, “He’s great! I’m the lucky one.”

Steve has made several recommendations to friends to “absolutely get (the testing) done to attain a healthy lifestyle.”

“With (the treatment and encouragement from) my prosthodontist and Dr. Ali, I now work every day and do the things I enjoy.”

Technology also plays a role in getting your body moving again.

In August of 2017, John met Dr. Ali and his team at a time when he had some trouble walking — “both legs hurt” — and, his wife noticed he just wasn’t himself.

He had the tests: an ultrasound, “the dye,” and learned about the pulses in his legs. During his office visit, the EECP (Enhanced External Counter Pulsation) was also explained to John as a recommended therapy.

EECP is non-invasive and can be done as an outpatient. The process augments the body’s natural circulatory process with pressure that directs the blood back to the heart. Ultimately, restoring sufficient blood flow to parts of the heart lacking in oxygen. Therapy is given five days a week, one hour each day for a total of 35 sessions.

“The staff made me feel at ease. I was so comfortable that I could go to sleep every time.”

“Many times the nurse would walk in and say, ‘I didn’t want to wake you up,’” John recalled.

John drove to and from his treatments by himself.

John has a long driveway and he, and his wife both noticed that he is walking faster and straighter; and, (his wife noticed) “even his color is better.”

If needed, John would do the procedure again. “I’d recommend this, for sure. I loved it and it felt great.”

Approximately 1 in 5 adult Americans suffer from superficial venous insufficiency, otherwise known as varicose veins. Many times, this type of pain is first discussed with a primary care physician.

Meet June, an active, local senior, who visited with her PCP who suggested she make an appointment to get her questions answered. She did just that.

“When I met Dr. Ali my legs hurt and I often thought about my mom who passed away from a stroke. I thought that was (not) what I should be looking forward to ...”

June also mentioned that she’s the type of person who reads about health issues and read an article on the type of procedure Heart, Artery & Vein Institute does for varicose veins in Consumer Health Report.

“(Dr. Ali) is a wonderful guy and knows what he’s doing.”

June described her experience as “it’s a big nothing.”

Her exact words: No. Big. Deal. The length of time for the procedure was approximately a total of 30 minutes, that’s it.

“My leg was then wrapped to prevent clotting. I walked around for about 30 minutes at Bashas’ and then went home to rest. The next day the wrap was removed and there was just one small bandage over where the needle went in.” When asked the level of pain she felt that day, on a scale from 1 to 10, June said, “2 or 3, and I tolerated it well.”

When friends ask, she tells them, “Go there, it doesn’t hurt.”