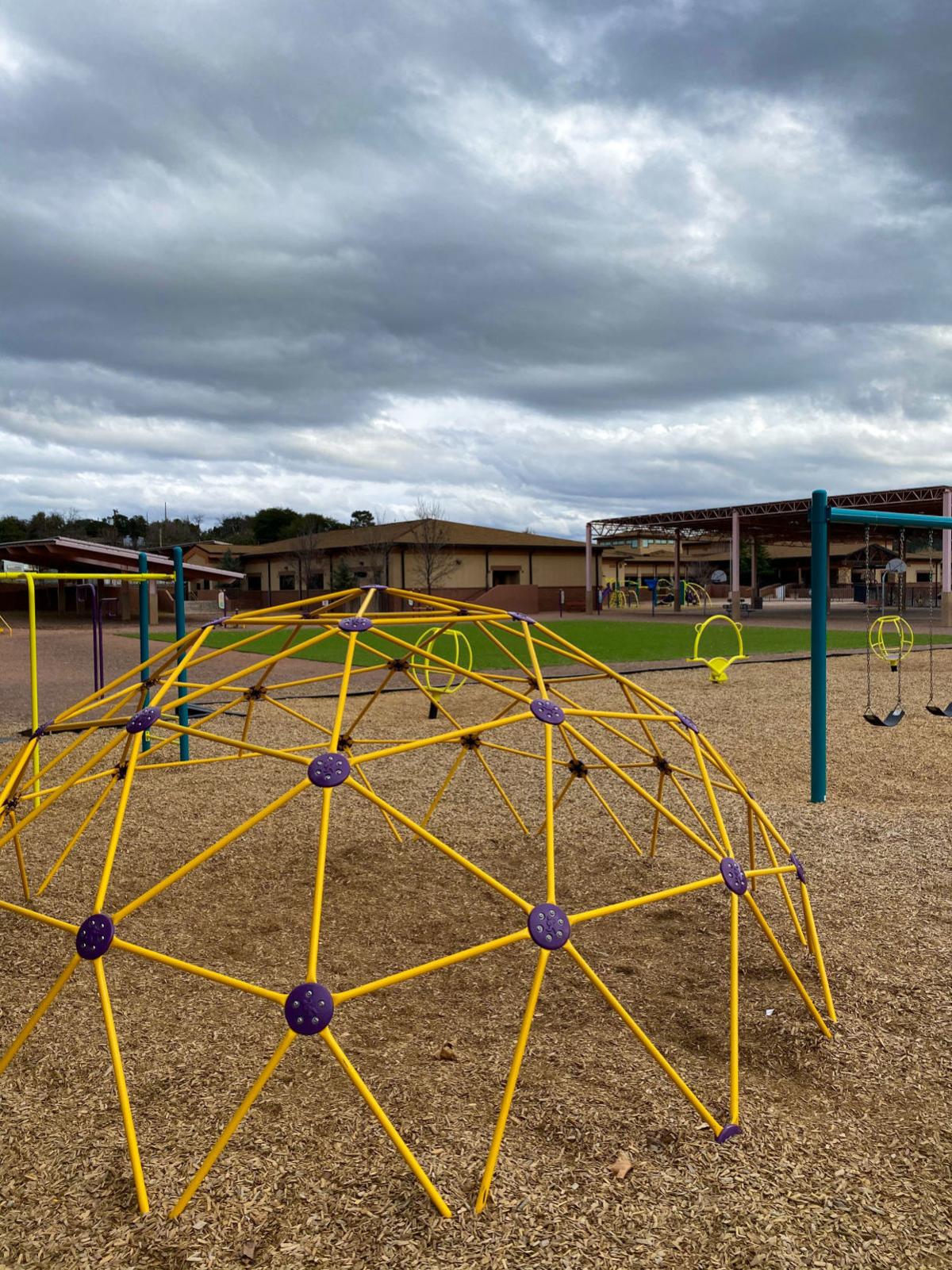 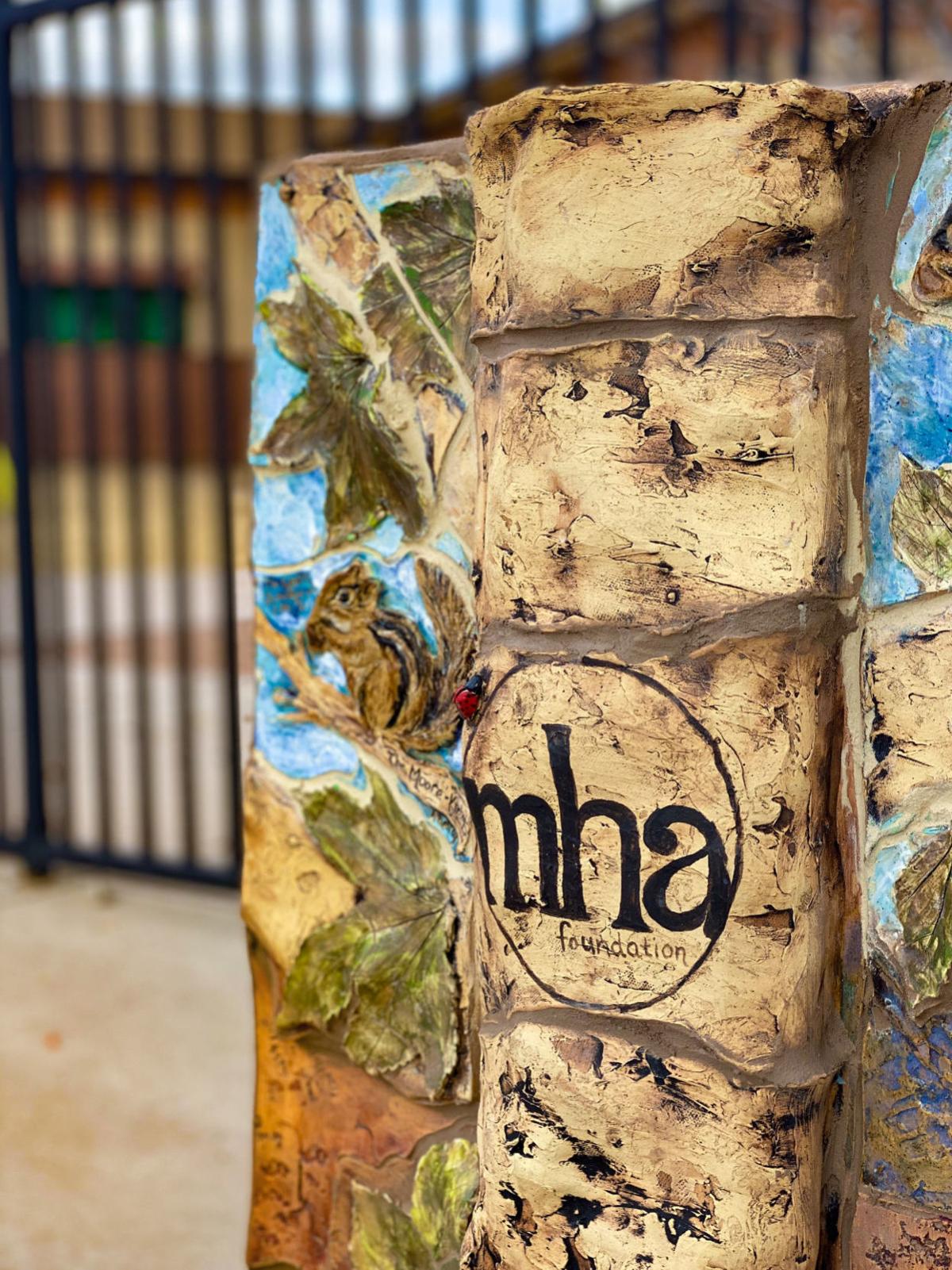 A custom tile-art wall adorns the new playground at JRE and helped raise $30,000.

A custom tile-art wall adorns the new playground at JRE and helped raise $30,000.

Schinstock, a mother of five, describes the state of the playground before the renovation as a “huge dust bowl.” This caused concerns for parents with children predisposed to respiratory ailments like asthma and allergies. She notes parents wanted “something fun to do” for their kids. The equipment existing at the time had become antiquated and safety standards had evolved. The seed was planted for the upgrade.

There were several projects to raise money. The success provided momentum and they started making modest plans. As the balance grew they realized a more significant project might not be so far out of reach.

They brought in engineers, local excavators, and the school maintenance staff to help plan and execute the project. Schinstock credits the vision and leadership of the JRE principal at the time, Linda Scoville, and then Payson Unified School District Superintendent, Dr. Greg Wyman, in furthering the project.

They began to hope for an ideal end result: the perfect playground and began approaching larger donors. One such partner was the Mogollon Sporting Association. The MSA gave turf for the ground covering and also introduced Schinstock and Hogue to another potential donor: the MHA Foundation. It was felt the JRE playground project was a good fit for the MHA Foundation’s mission.

Meeting with MHA Foundation’s representatives, Kenny Evans and Sanja Long, Schinstock and Hogue presented the project vision and cost estimate — around $175,000 for equipment and installation. It was hoped the MHA Foundation would find favor with the project because they had not come empty-handed; they had raised more money than they were asking the MHA Foundation to provide. Schinstock explains, “Instead of asking for a handout, we were looking for a partnership.”

The MHA Foundation and Gracie Lee Haught (GLH) Children’s Memorial Fund teamed together to grant the requested $50,000 for the playground. From the MHA Foundation’s standpoint, Smith said, “Our whole mission is health and education, so this was a perfect fit for us. We were thrilled that we were able to do this.”

The project funding was especially sweet given growing documented evidence emphasizing the importance of unstructured play and its direct links to childhood development on numerous levels. An added benefit — the new playground could also be incorporated into the school’s physical education program.

Local artist and fellow parent, Sarah Linkey, joined the project to create a custom mural tile wall as a further fundraising effort. The tiles would vary in size based on the donation. It helped raise an additional $30,000.

The new playground has eight swings, a 3-in-1 slide, merry-go-round, and modern-day monkey bars. The most popular pieces of equipment are called comets, where students sit inside and are spun around.

Looking back on the process of getting funding from the MHA Foundation, Schinstock said, “What really impressed me was they did it so quietly and they didn’t want to toot their own horn, but none of this would have happened without them.”

Smith offers this on the reason so little has been done to illuminate all the good MHA Foundation has done in the community, “It isn’t about us, it’s about the kids.”

Schinstock agrees and concludes with this invitation, “Seriously, drive by and see those kids out there. Your heart will be full.”