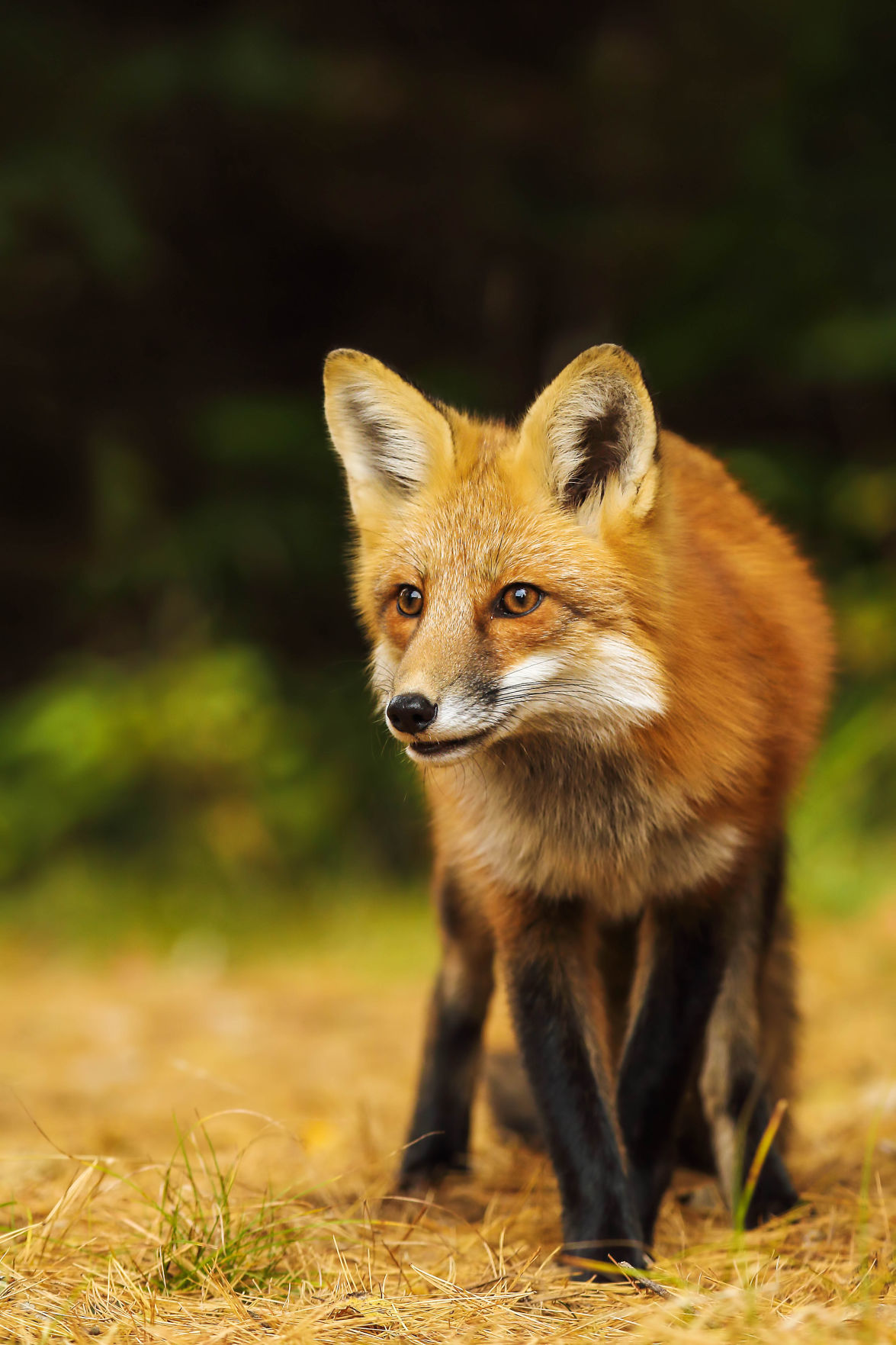 Foxes are among the most recently documented carriers of rabies in Gila County. Any wild animal who shows no fear of humans should be considered a hazard. 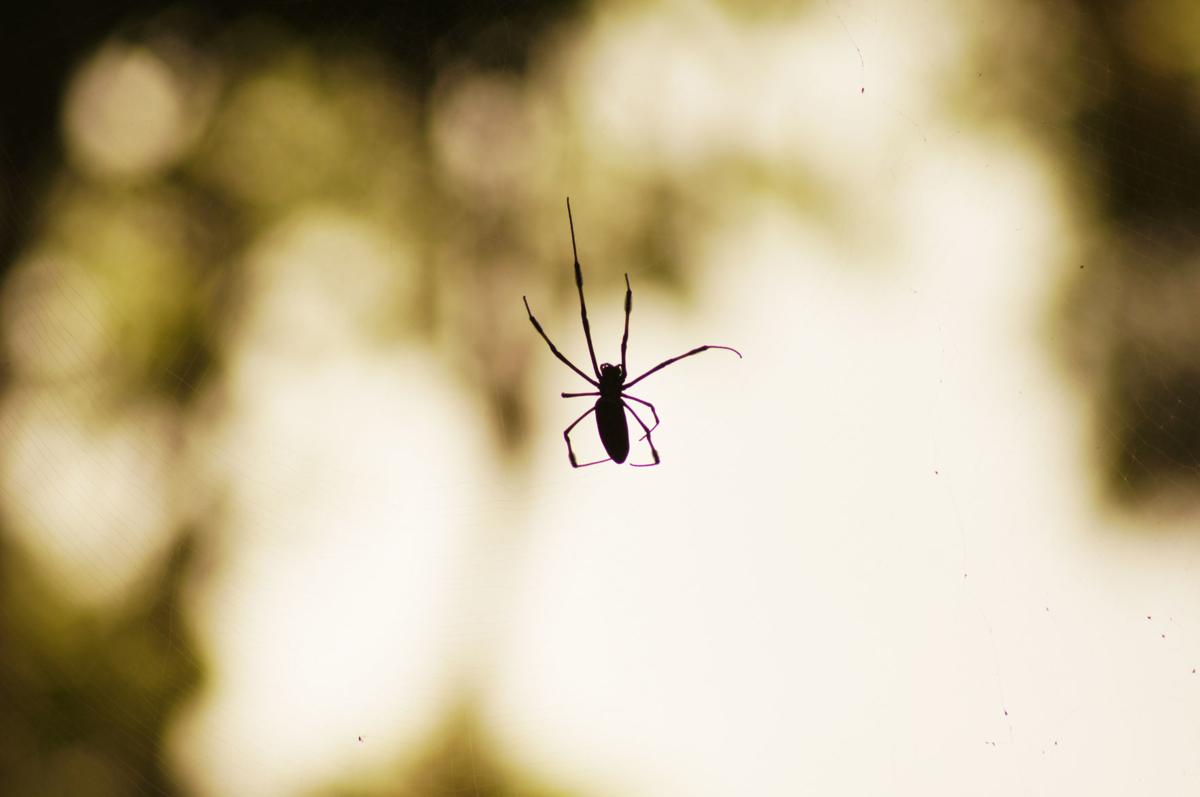 Two types of spiders can cause harm to humans, the Black Widow, which can be recognized by the red hourglass shape on its lower body and the Brown Recluse, that can be identified by a fiddle pattern on the upper body. The bite of a Black Widow is not too serious for healthy adults, but can be dangerous for children. A Brown Recluse bite can cause skin break down over weeks/months but rarely causes systemic toxicity.

Foxes are among the most recently documented carriers of rabies in Gila County. Any wild animal who shows no fear of humans should be considered a hazard.

Two types of spiders can cause harm to humans, the Black Widow, which can be recognized by the red hourglass shape on its lower body and the Brown Recluse, that can be identified by a fiddle pattern on the upper body. The bite of a Black Widow is not too serious for healthy adults, but can be dangerous for children. A Brown Recluse bite can cause skin break down over weeks/months but rarely causes systemic toxicity.

As loving as our pets might be, on occasion they get frisky and a little snippy, sometimes biting the hand that feeds them or that of a visitor. People in Arizona are also at risk of bites and stings from snakes, spiders, bugs, and more. Dr. Alex Vlahopoulos, D.O., TeamHealth Emergency Medicine, Banner Payson Medical Center Emergency Medicine Director, recently shared tips about pet bite care and more with the members of Banner High Country Seniors in a Doc Talk.

Animal and Pet Bites: While your pet may be up to date on its vaccinations, there are precautions needed to keep a pet bite from becoming infected. Cat bites are more likely to get infected than dog bites. If bitten by a cat or dog, clean the wound for five minutes under running water. If you do not have a current tetanus shot (within the last five years), ask your medical provider about getting one. Stitches and antibiotics are only necessary in certain situations, and any concerns should be directed to your medical provider. Most of these injuries can be handled by a primary care provider or in an urgent care setting and do not require a trip to the emergency department.

Although rabies is rare (especially in well cared for pets), if contracted, it is usually fatal. Every case is unique, but rabies treatment is usually recommended if someone has experienced a bite or salivary exposure from bat or mammalian carnivore. It is not usually needed in the case of non-salivary exposure or if the bite is by a bird, reptile, or rodent.

“The best thing we can do is to capture the animal, if it is possible to do so safely, so a rabies diagnosis can be confirmed or denied. Treatment can be stopped if the animal tested shows no rabies. We are generally not in a high-risk area,” Vlahopoulos said.

Spider Bites: There are two types of spider bites in Arizona that cause concern — those of a Black Widow and the Brown Recluse. Each type of spider can be identified by markings. The Black Widow has a red hourglass shape on its lower body. The Brown Recluse can be identified by a fiddle pattern on the upper body. A Black Widow bite is generally not too serious for most adults, causing muscle cramps/spasms and systemic effects that usually disappear over two to three days. It can be more serious in children, pregnant women, and seniors.

At home, clean the wound five minutes under running water and be sure tetanus vaccine has been updated in last five years. In the more severe cases, extreme effects (such as seizures, elevated blood pressure, or respiratory failure) may require a trip to the emergency room and possibly antivenin.

Dr. Vlahopoulos reminds people, “Do not bring the spider into the ER.”

The venom of a Brown Recluse can cause skin break down over weeks/months but rarely causes systemic toxicity, Vlahopoulos explained. As with a Black Widow bite, clean the wound for five minutes under running water and be sure tetanus vaccine is updated (in last five years). If the skin wound worsens over time, it may require medical treatment and possible skin grafting.

“While Tarantulas are frightening, they are the gentle giants of the spider world,” Vlahopoulos said. The hairs located on the tarantula’s abdomen act to discourage predators. If there is skin exposure to the hairs, manage by removing the hairs with tape and washing the area with soap and water.

Stings: Bees have barbed stingers and the stinger remains in the victim (one sting per bee). Wasps have non-barbed stingers, so they can sting multiple times. Fire ant stings contain unique venom.

A victim can have a local reaction or an allergic reaction. In the case of a local reaction there is irritation, itching, and redness that may last for two to three days. Remove the stinger as quickly as possible to reduce venom exposure by scraping over it with your fingernail, wash the area well with soap and water, and make sure tetanus vaccine is up to date (received within previous five years). An oral antihistamine (such a Benadryl/diphenhydramine) may be taken. An allergic reaction can range from itching and hives to anaphylaxis within 30 minutes. An anaphylactic reaction may include trouble breathing and is a medical emergency, requiring an EpiPen injection and/or a trip to the emergency room.

The Bark Scorpion is the only one of the 30 species of scorpions found in Arizona that is considered to have a life-threatening sting. It can cause systemic toxicity, and small children are at highest risk of severe reactions. “In children under 6, it is difficult to confirm if it was a scorpion sting, but unusual eye movements are a strong indication,” Vlahopoulos said. The majority of scorpion stings occurring in healthy young adults may be managed at home with basic first aid measures and follow-up (current tetanus vaccine, etc.). Symptoms that may require medical attention include blurred vision or roving eye movements, muscle spasms or weakness, hyperthermia, anxiety, nausea/vomiting, respiratory distress with excessive secretions, and cardiopulmonary arrest. Scorpion antivenom is available only in Arizona and is only used in select cases (treatment costs approximately $32,000).

Lizard Bites: The only lizard likely to bite is the Gila monster. Its venom is delivered by glands in the lower jaw into the wound created by the teeth. The most likely complication is the teeth breaking and being left in the wound. To minimize the risk of this, use a stick to pry the mouth open and keep its teeth from breaking off into the skin. While there is no antivenin for the bite of a Gila monster, bites can be treated with supportive therapy. An X-ray may be done to identify if any teeth broke off in the wound. Tetanus vaccine should be current, and antibiotics may or may not be required.

Snake Bites: Dangerous snake bites can come from both the Viperidae and Elapidae families. The Viperidae family includes rattlesnakes, copperheads, and cottonmouths. Arizona has 17 different types of rattlesnakes and all are venomous. Bite victims must be seen in a medical facility without delay. A bite requires aggressive supportive care, wound care, and tetanus prophylaxis (antibiotics are usually not required). Antivenin is available on a very limited basis. Before getting to the hospital, immobilize the extremity where the bite occurred, elevate the wounded limb, and remove all jewelry. Do not make an incision, perform suction on the bite, or apply a tourniquet. The Elapidae family includes coral snakes, cobras, kraits, and mambas. The color patterns identify the snake and its potential poisonousness. Remember the saying, “Red touches Yellow Kills a Fellow; Red touches Black Friend of Jack.” Bites from Arizona coral snakes often cause minimal reaction at the site of the bite but can cause systemic effects up to and including death. Treatment usually consists primarily of observation in a medical facility for severe reaction. There is no antivenom for the Arizona coral snake.

“No matter the type, dead snakes can still bite, so stay away from dead snakes and never bring a snake (alive or dead) to the emergency department for identification or any other purposes,” stated Vlahopoulos.

In Summary: It’s always a good idea to keep your tetanus shot up to date (vaccination should be received every 10 years), and most bites and stings will require that you’ve had your vaccine within the previous five years. Most minor bites and stings should be washed for five minutes with soap and water, and medical treatment should be sought as described above or if any concerns arise after the bite. You can always call the Poison Control Center for advice (from anywhere in the country) at 1-800-222-1222 (24/7/365).