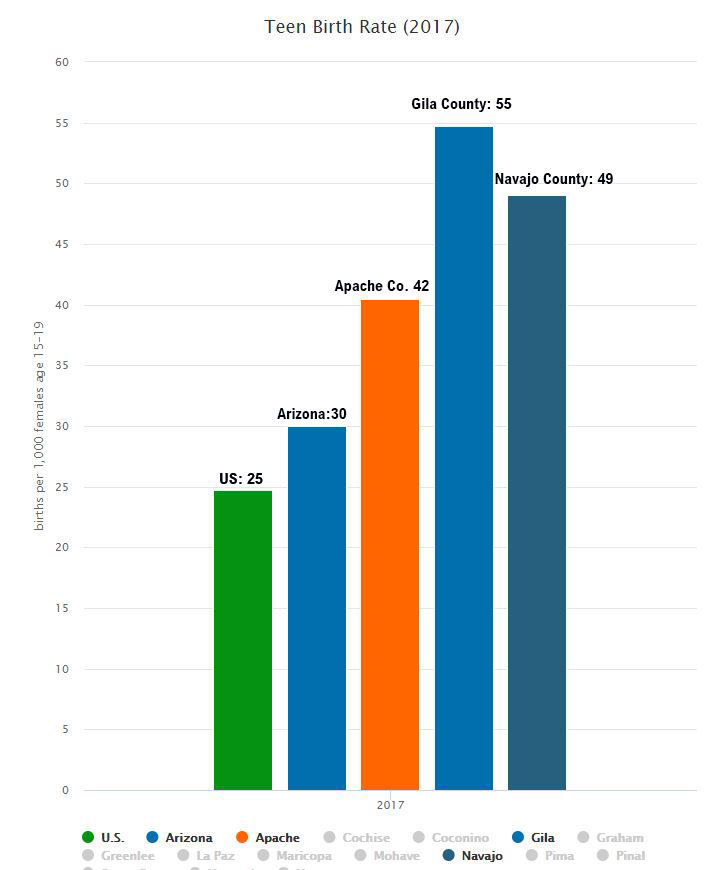 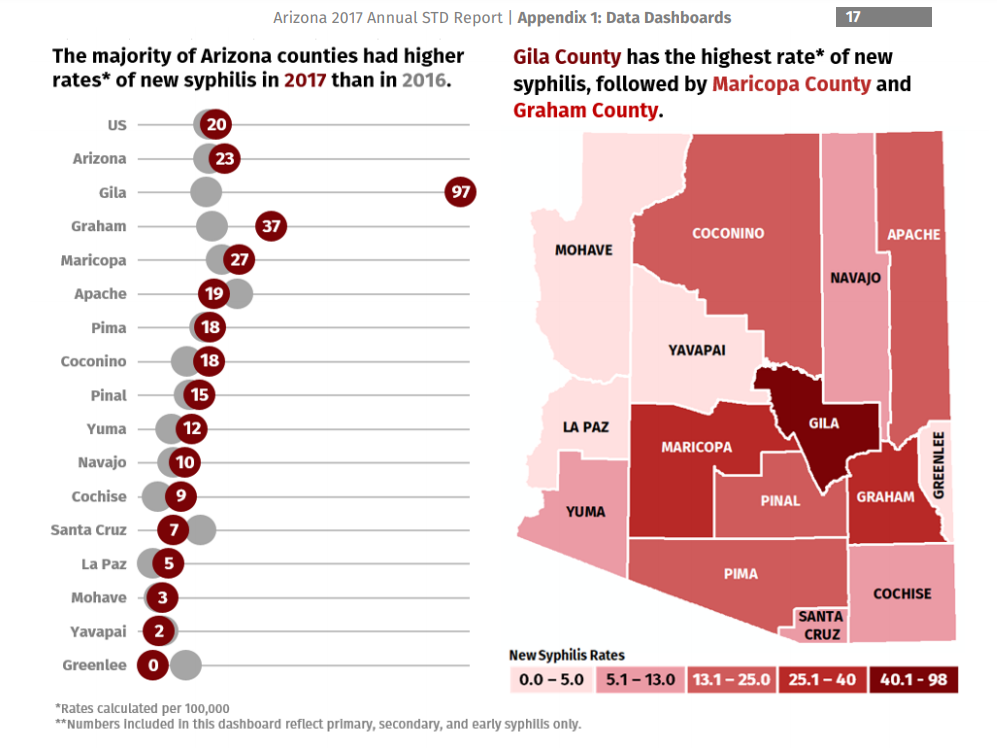 Gila County has among the highest rates of sexually transmitted diseases in the state.

Gila County has among the highest rates of sexually transmitted diseases in the state.

The bill would have not only continued the current stress on abstinence-only sex education, but added new components trying to convince teens to “return to abstinence” if they had become sexually active.

SB 1082 would also have prohibited any sex education before the seventh grade while stressing “sexual risk avoidance rather than sexual risk reduction.”

Senate President Karen Fann pulled the bill on Tuesday, saying it needed work. It’s unclear whether Allen will at some point reintroduce the bill. Fann said lawmakers hope for a quick session in an election year, which would mean avoiding divisive bills prior to the August primary.

Allen accused Senate leaders of cowardice for trying to avoid controversy in an election year, according to a report by Capitol Media Services. She then went ahead and took testimony before the Education Committee from parents unhappy with the current law — while other groups demonstrated outside the Capitol.

The bill spurred a strong reaction from an array of groups, some of them citing the state’s high teen birth and sexual disease rates and research showing “abstinence-only” programs that avoid a discussion of birth control don’t seem to affect teen sexual behavior and may increase the teen birth rate.

Current law requires parental permission before students attend any kind of sex education class. The restrictions on sex education programs have sharply limited those programs throughout the state. Allen has previously said she grew concerned about sex education when the state school board briefly considered expanding the existing curriculum, with materials Allen said bordered on the pornographic.

Navajo County was close behind at 49 per 1,000 and Apache County came in at 41 per 1,000, both far higher than the state or national average.

However, Allen’s Republican primary opponent essentially supported the bill, saying, “We need to protect children’s innocence. We must refrain from sexualizing our children through the public education system. I also support pushing it back to as late an age as possible and parents should have 100% say how it is done.”

One Democratic lawmaker has proposed a bill that would require parents to opt out of sex education classes for their children in any grade, replacing the current law that requires parent permission to enroll a student in such a class. Republicans control both houses and last year almost no Democratic-sponsored bills made it out of committee — much less to the floor of either house.

Allen’s bill spurred quick criticism from some groups. The reaction prompted her to put out a statement saying she would remove language that referred to homosexuality.

Her statement said, “Several news outlets have reported that my bill to provide parents more access and information on sexual education courses also prohibits the inclusion of homosexuality as part of any chosen curricula. They are misinterpreting the language. That was absolutely not my intention.”

ONE Community — an advocacy group — put out a release criticizing SB1082, saying it was essentially a return to a bill killed last year forbidding any discussion of homosexuality in sex education or health classes. “The bill would effectively freeze out sex education in both district and charter schools by threatening schools with expensive lawsuits from individual parents and connecting health education with crimes against children.”

The group said lesbian and gay students already face a much higher risk of harassment, bullying and suicide. “When students can’t come to school as their whole selves because of fear of harassment or being told who they are isn’t OK, educational outcomes are significantly worse.”

ProgressNow Arizona, a progressive advocacy group, put out a release opposing SB 1082 because it “would purposefully make it too difficult for any school district to provide a safe and healthy form of sexual education. This bill is part of Sylvia Allen’s agenda to distract voters from the GOP’s failure to actually properly fund schools.”

Debate has swirled around effective sex education programs for decades.

Sexual education rose steadily starting with the threat of the AIDS epidemic in the ’60s, but peaked in the late 1990s, according to a summary of the research published in the Journal of Adolescent Health and posted on the National Institutes of Health website. Those approaches generally caution teens against sex, but also stress the benefits of birth control and condoms in reducing both pregnancy and sexually transmitted diseases.

Starting in the late 1990s, many states and school districts shifted to an “abstinence-only” approach — urging teens to avoid all sexual behavior before marriage.

A decade of research mostly concluded the abstinence-only approach may have increased teen pregnancy or sexually transmitted disease rates, without reducing teen sexual behavior, according to many studies cited in the journal article. Nonetheless, most federal funding supports abstinence-only approaches, which often exclude any discussion of birth control.

The federal Centers for Disease Control found that high schools offer on average six hours of instruction of human sexuality, including less than four hours on sexually transmitted disease or teen pregnancy. About 90% require parental notification and allow parents to keep their students out of those classes.

However, abstinence-only programs may actually increase teen pregnancy and sexually transmitted diseases, according to another survey of research results by researchers Kathrin Stanger-Hall and David Hall in the online scientific journal PLoS One, posted on the National Institutes of Health website.

One survey published on the National Institutes of Health website concluded that girls in their teens are four times as likely to face sexual assault as older women, including date rape.