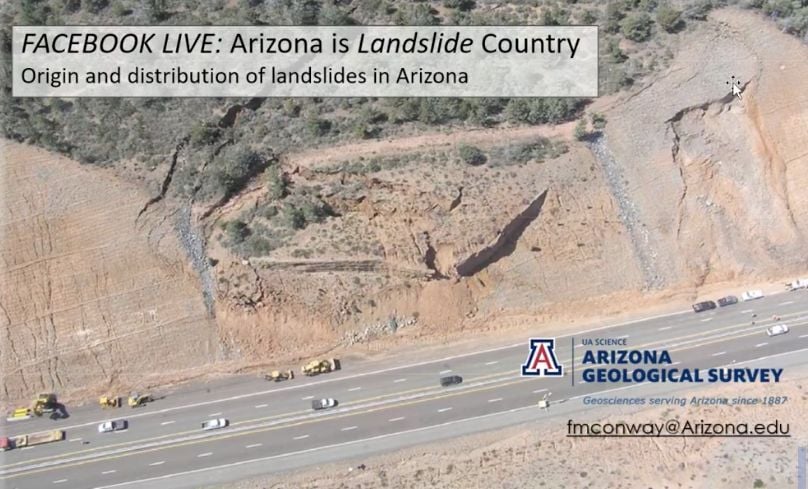 State Route 87 was damaged in 2008 due to a landslide that occurred on Slate Creek Hill. Work continues on the site today. 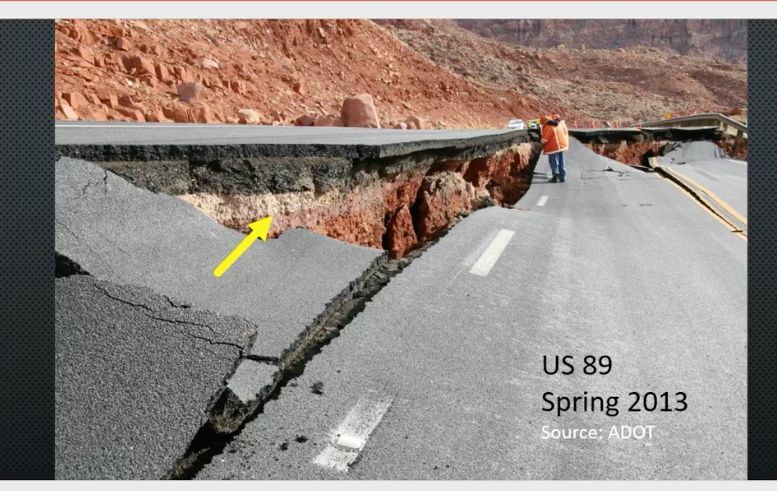 State Route 87 was damaged in 2008 due to a landslide that occurred on Slate Creek Hill. Work continues on the site today.

Work continues to stabilize the slopes on Slate Creek Hill south of Payson, where a large landslide took out the highway many years ago and continues to threaten State Route 87.

Since 2005, Arizona Department of Transportation crews have completed several iterations of landslide-related repairs in the area, which is south of Payson on Mount Ord.

“ADOT has been monitoring the slopes for many years with devices to measure movement and then uses that data to plan maintenance and repair projects accordingly,” said Ryan Harding, public information officer with ADOT.

If you have driven on 87 recently, you may have noticed crews working on the east side of the roadway near milepost 224, moving dirt on a large hillside.

Harding said the project was planned well before the Bush Fire and the fire has not affected the site.

Another natural disaster, however, had an impact on the site.

The hillside is showing signs of distress as a result of heavy rains from Hurricane Rosa back in October 2018, he said.

Work on the $4.2 million project includes cleaning the existing ditch above the northbound cut slope, maintaining, adding and resetting the placement of large boulders to help guard against erosion, excavating landslide material next to the northbound roadway, installing new ditches in the new and existing cut slopes and repairing existing pavement as needed.

The project is expected to last through the end of May.

Landslides across the state

On Tuesday, the Arizona Geological Survey at the University of Arizona hosted a Facebook live presentation on landslides in Arizona, going through the origins and history of landslides across the state in a talk titled “Arizona is Landslide Country.” Michael Conway, a senior research scientist at the UofA, hosted the event.

In his first slide, Conway showed a picture of the damage that occurred in March 2008 during a landslide on SR 87 at the site that crews are currently still working on. It cost roughly $16 million to repair the damage then.

Conway said they see landslides occurring across the country and throughout the state.

Conway discussed several of the areas crews are monitoring around the state, including along Interstate 17. One of the largest landslide complexes along the highway is near the Sunset Point rest area that is four miles long and 4,500 feet wide. Conway said it could threaten the roadway if it was reactivated.

One of the most dramatic falls occurred in February 2013 near Page on Highway 89 when 300 feet of the highway collapsed. It took two years and $60 million to repair.

Conway said it was part of an older slide that reactivated in 2013.

In 2014, the Arizona Geologic Survey received funding to build a landslide inventory. You can view that at tinyurl/com/AzSLID-Landslides.

Included on that inventory are several landslides along Fossil Creek. Conway said a further collapse in the area would not be uncommon as the river continues to undercut the slope. If it fell, it would likely dam the creek, but Conway suspects the river would eventually move around it.

Debris flows that occur after wildfires are also becoming more common in Arizona as major fires burn across the state. The 2010 Schultz Fire in Flagstaff is an example. Afterward, monsoonal rains carried debris and dirt from the damaged slopes into the community. The town built canals to carry the flow.

Homeowners interested in learning more about geologic hazards in Arizona and mitigation techniques can learn more by visiting http://repository.azgs.az.gov/uri_gin/azgs/dlio/1875.