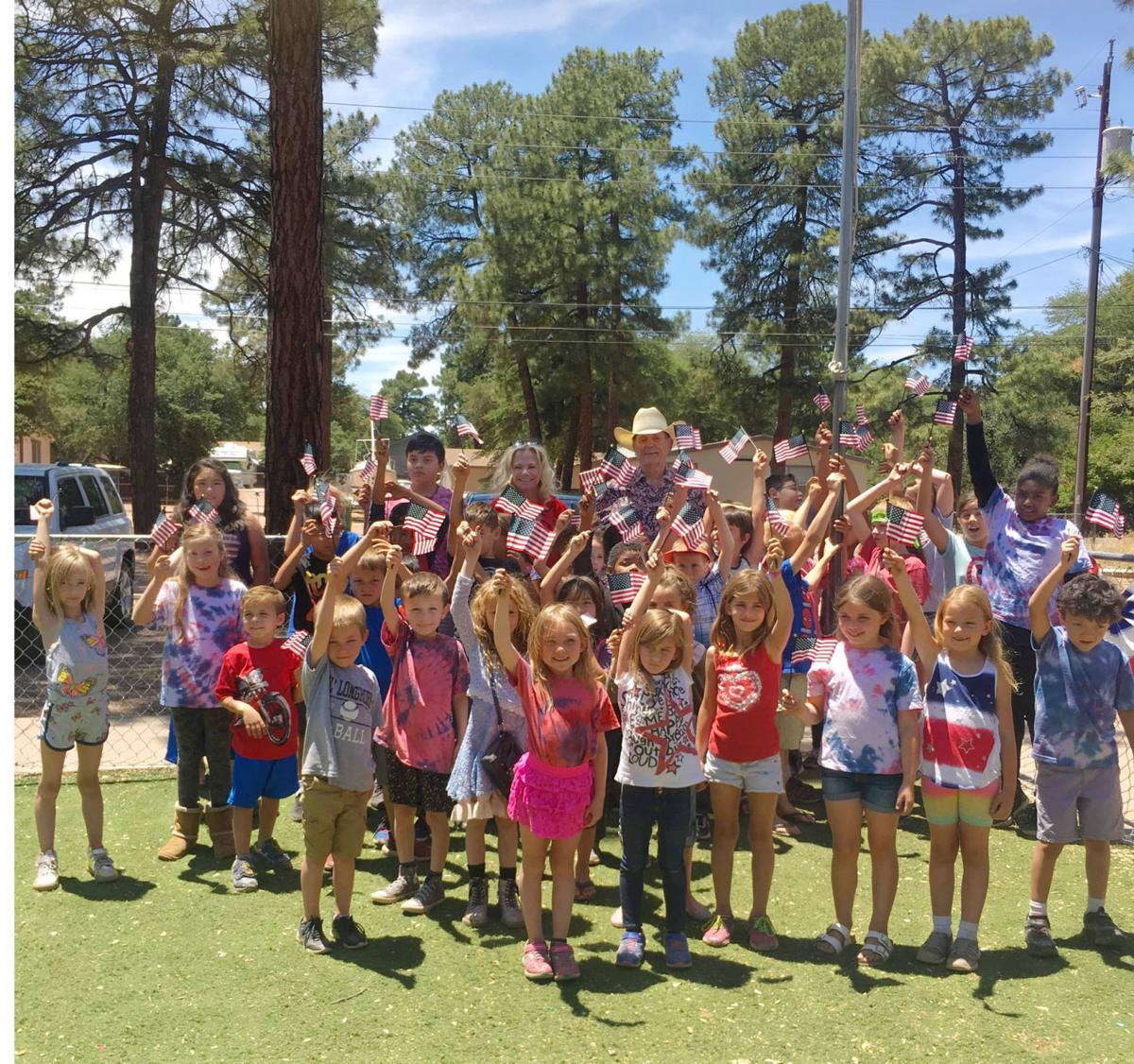 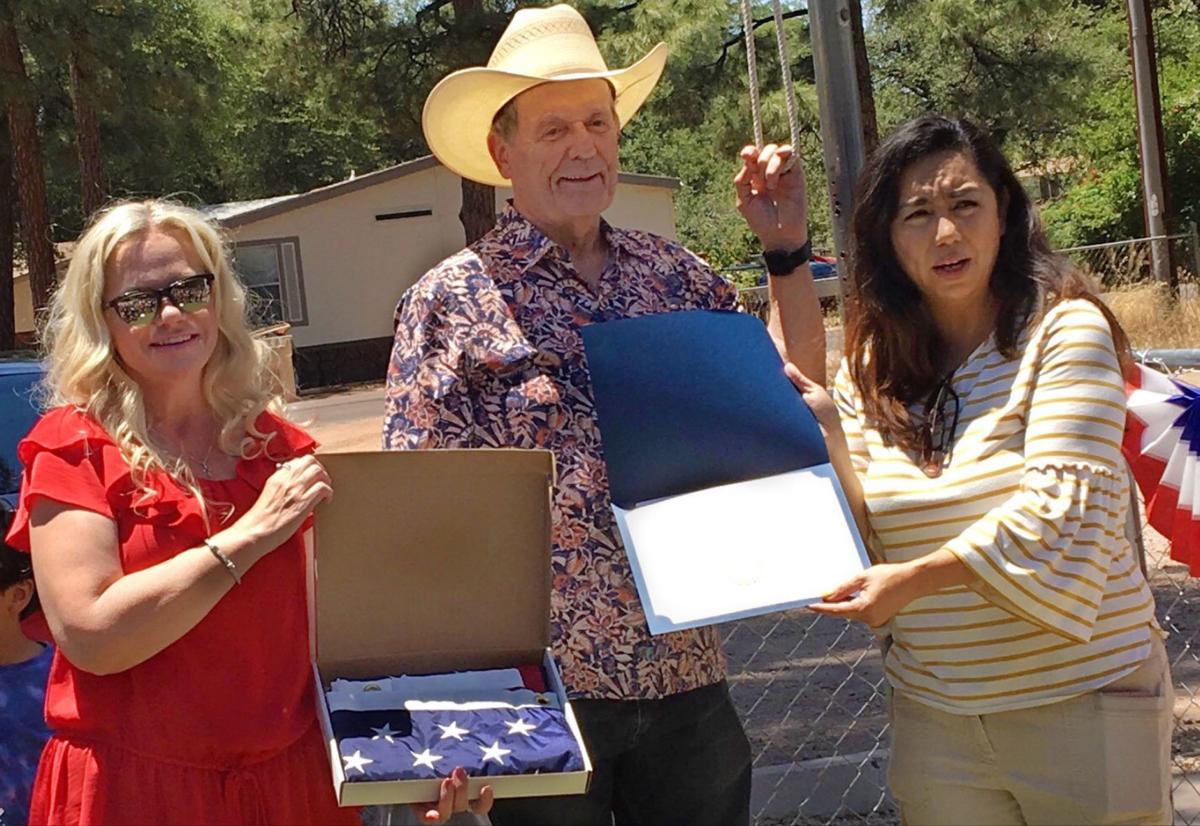 Suzy Tubbs-Avakian (left to right), Payson Mayor Tom Morrissey and Teresa Martinez, from Rep. Paul Gosar’s office, with the new flag. The flag flew over the U.S. Capitol, which thrilled the PCK kids.

Suzy Tubbs-Avakian, president of Payson Community Kids, has no idea where their American flag disappeared to, but she’s grateful Rep. Paul Gosar’s office has stepped in to help.

“We have a flagpole and one day our flag went M.I.A. (missing in action),” said Tubbs.

PCK isn’t sure if it was stolen or a gust of wind ripped it off, but staff showed up one day to find it gone.

PCK provides afterschool and summer activities for Rim Country’s low-income, at-risk youth. The organization offers a safe place to play, do art projects, get tutoring and get a meal — in addition to teaching the kids the country’s history.

It all started when Gosar’s office found out PCK’s flag went missing.

“They brought us a flag that had flown over the U.S. Capitol,” she said. “The kids were in awe of it.”

The flag donation offered PCK children a chance to show off their newly acquired ability to sing “The Star-Spangled Banner” and recite the Pledge of Allegiance.

To honor the event, Payson Mayor Tom Morrissey attended the raising of the flag.

“As the kids recited the pledge, Tom saluted,” said Tubbs-Avakian. “So the boys were doing it with him.”

According to U.S. law, members of the nation’s veteran service organizations may hand-salute during the national anthem and at events involving the national flag, such as hoisting, lowering or passing the flag, even if they are out of uniform.

“So I said, ‘Hey Tom, can you tell the kids why you salute the flag?’” said Tubbs-Avakian.

Once they understood why ex-military salute, but they should not, they re-did the pledge with their hands over their hearts.

One girl asked the mayor for something she wanted from the town.

“She said, ‘Can I tell you what I want? I really want a Panda Express. It’s my favorite place,’” said Tubbs-Avakian.

Which prompted Tubbs-Avakian to quip, “I’m on town council too, but I’m nothing compared with the mayor. He gets all the fun out of it.”