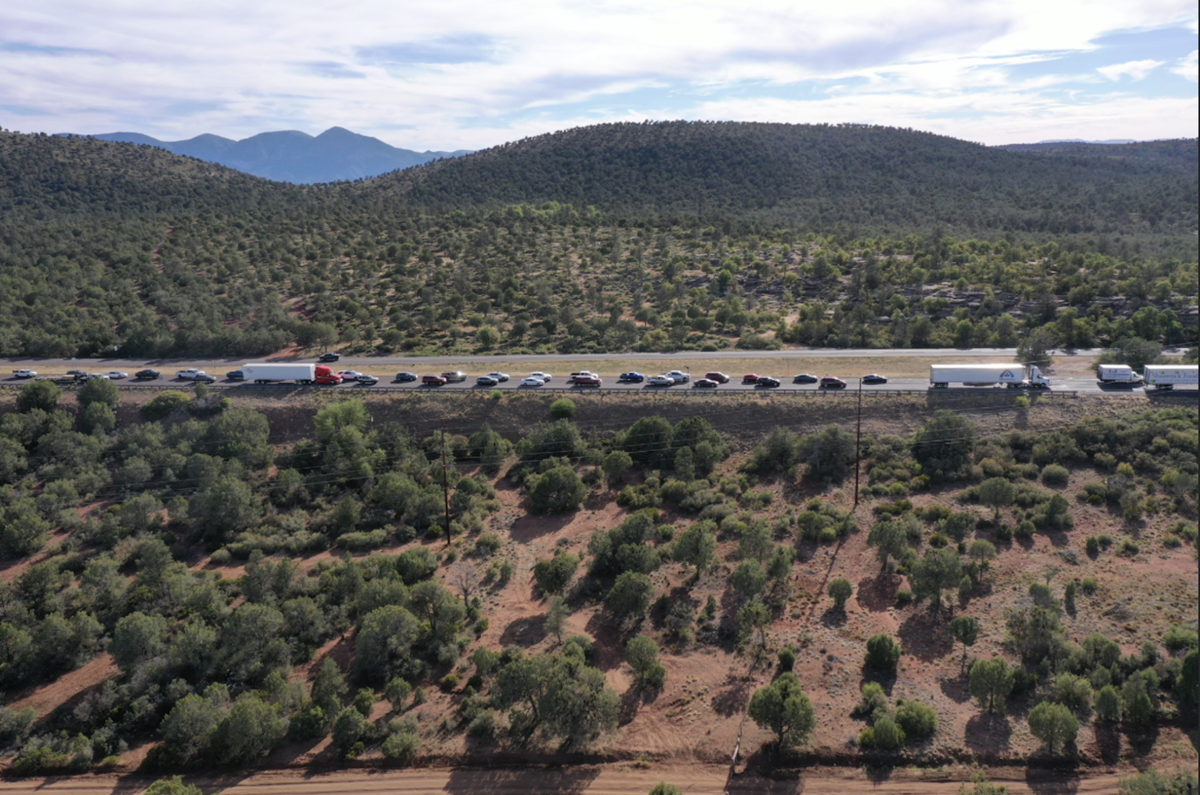 Randy Garr snapped this picture from his drone of the traffic back up created by the two-car crash. Highways 87 and 188 were closed for more than two hours on June 9. 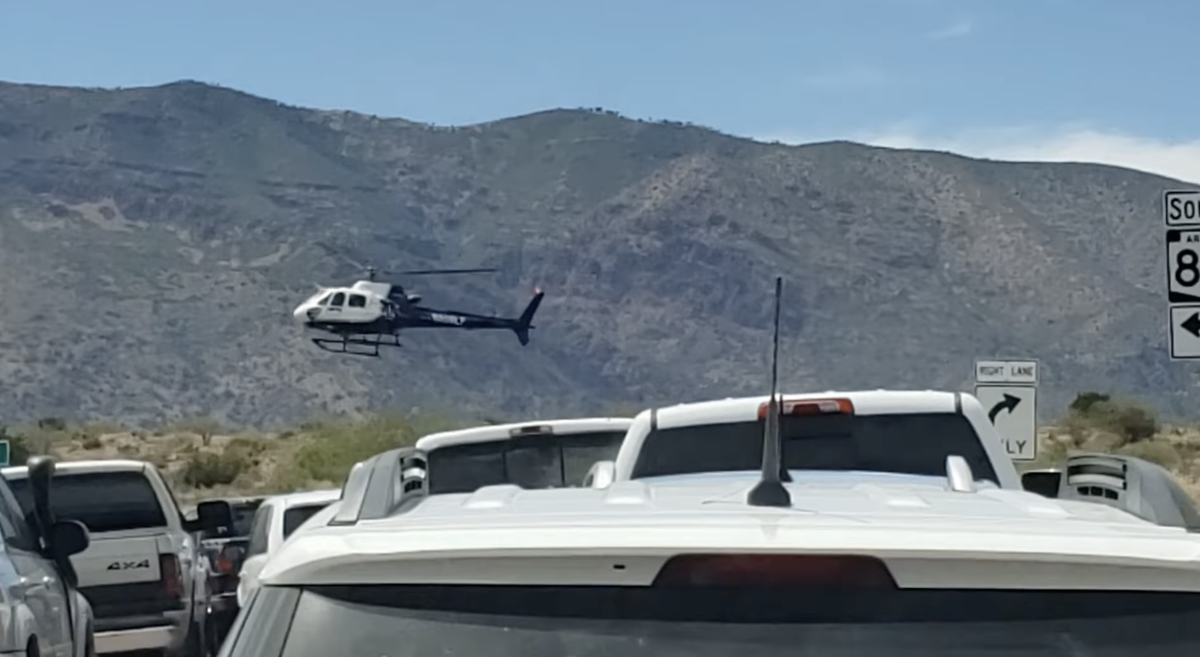 Gary Volpe shot video of a helicopter arriving at the two-car accident at the Hwy. 188 junction with Hwy. 87. DPS does not know the extent of the drivers' injuries. 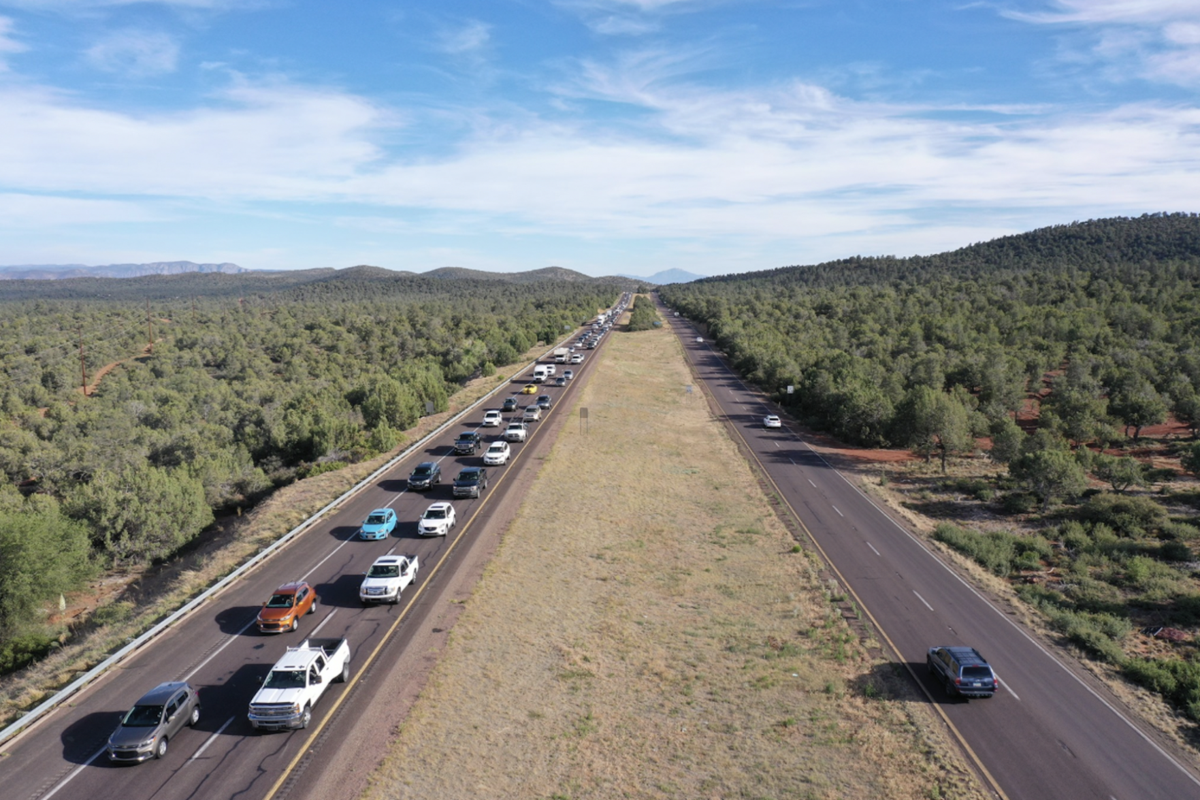 Randy Garr used a drone to take this picture of traffic backed up on Highway 87 after two separate accidents occurred Wednesday afternoon.

Wednesday, June 9, two accidents closed Highway 87 for hours between the Highway 188 turnoff and the Mazatzal Casino delaying traffic for hours in both directions.

The first accident occurred in the northbound lanes at milepost 247 around 2 p.m. on June 9.

DPS reported the driver of a propane truck may have fallen asleep while he was driving toward Phoenix. He then overcorrected which caused the tractor-trailer to roll over. The wreck blocked both northbound lanes. A hazmat crew responded. The driver sustained minor injuries.

Soon after, two cars collided at milepost 236, the junction between Highways 87 and 188.

A helicopter and ambulances arrived, but DPS is unsure of the extent of the drivers’ injuries.