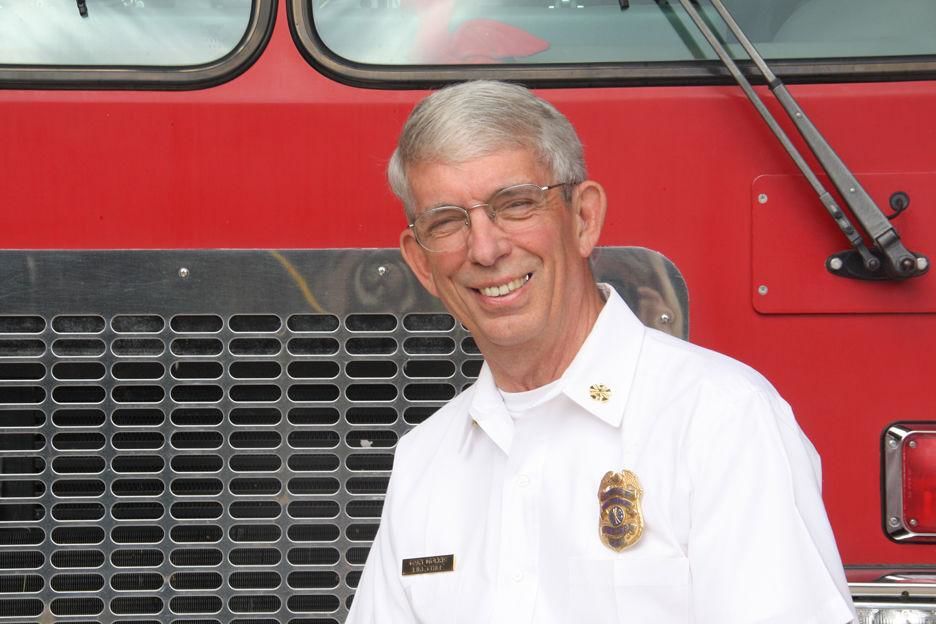 Gary Morris is retiring after serving the Pine-Strawberry district since 2014. 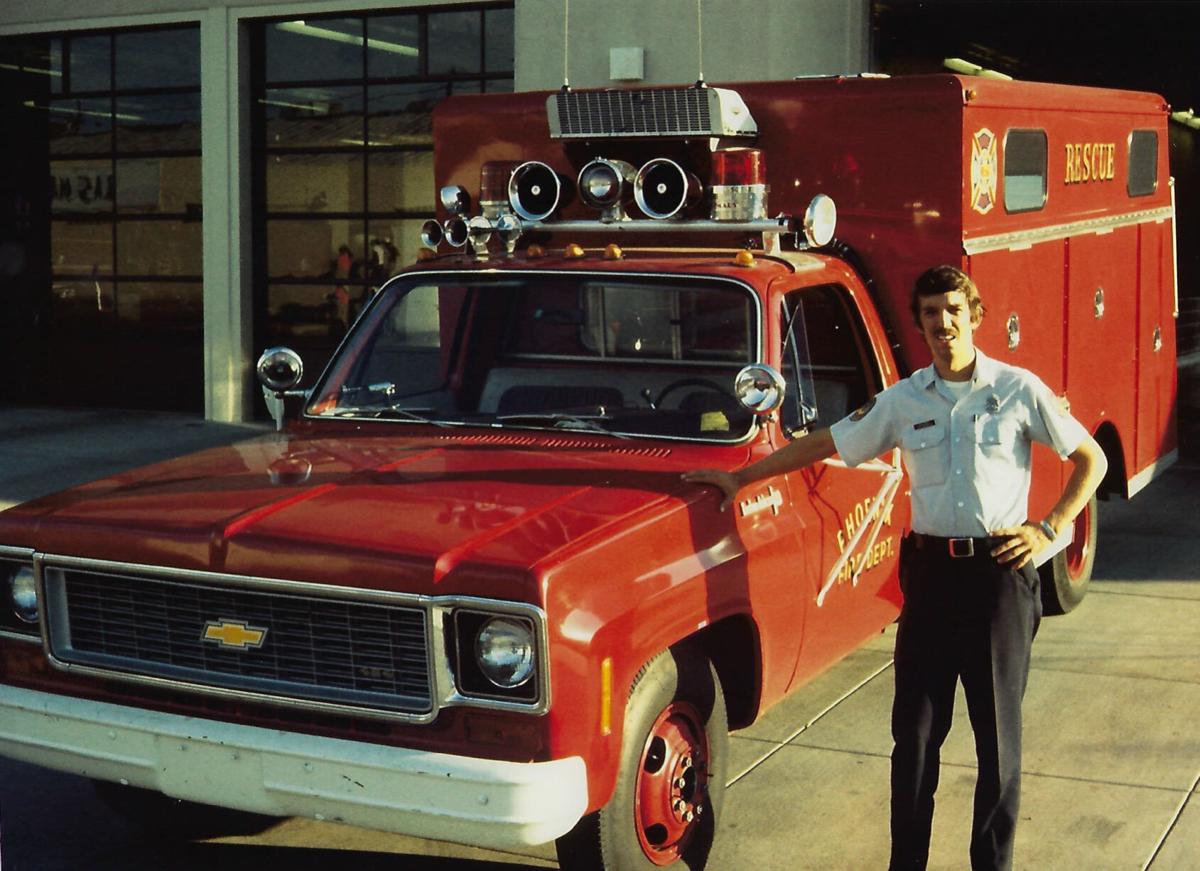 Gary Morris worked for the Phoenix Fire Department from 1971 to 2001. 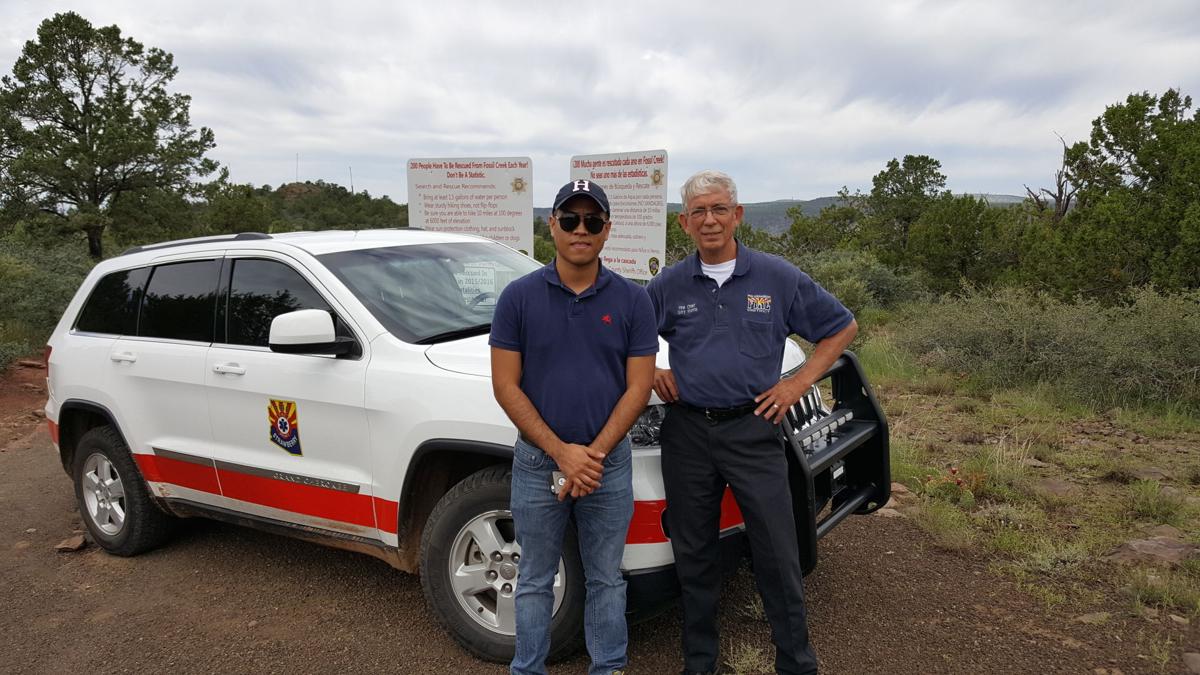 Among his accomplishments, Gary Morris said he is proud to have gotten Forest Road 708 to Fossil Creek reopened to emergency officials. When the road was closed, P-S firefighters and paramedics had to drive hours to Camp Verde to access the popular recreation site. 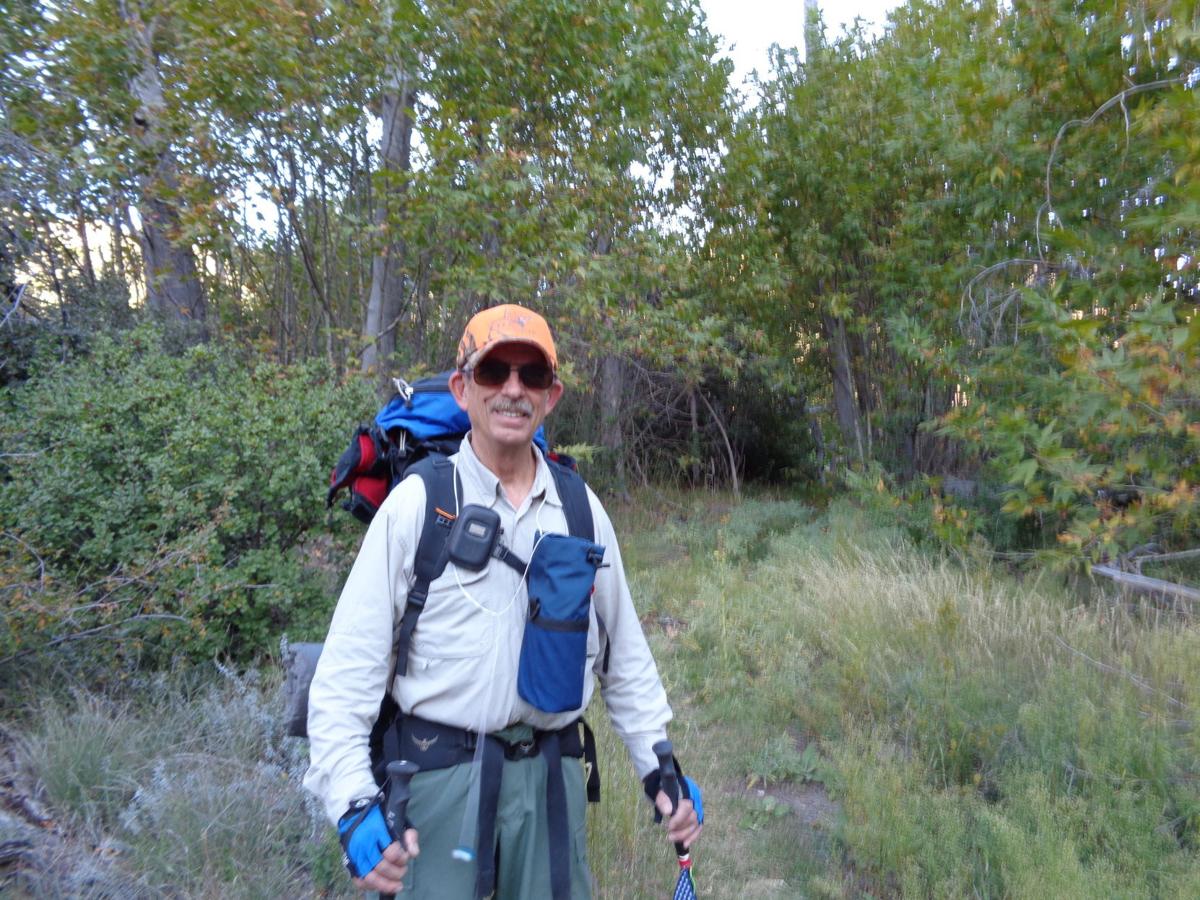 Gary Morris plans to complete the Arizona Trail when he retires.

Gary Morris is retiring after serving the Pine-Strawberry district since 2014.

Gary Morris worked for the Phoenix Fire Department from 1971 to 2001.

Among his accomplishments, Gary Morris said he is proud to have gotten Forest Road 708 to Fossil Creek reopened to emergency officials. When the road was closed, P-S firefighters and paramedics had to drive hours to Camp Verde to access the popular recreation site.

Gary Morris plans to complete the Arizona Trail when he retires.

After a remarkable 56-year firefighting career, including the last six years in Pine-Strawberry, Gary Morris is officially hanging up his gear and retiring.

Morris signs off as chief of the Pine-Strawberry Fire Department (PSFD) on Monday, Nov. 2.

Morris initially thought he was just filling in temporarily in May 2014 while the fire board looked for a new chief.

However, finding qualified personnel in a remote and rural location proved to be a challenge, and Morris and the board agreed that he would stay on as chief.

“I’ve always liked being fire chief,” said Morris. “To end a 56-year career in a small fire district is like returning to your family after a long trip.”

Morris started his career as a volunteer firefighter at 16 in West Virginia in 1964.

“Being around adult men as a teenager matured me quickly,” he said.

He then worked as a firefighter and crew chief in the Air Force before becoming the assistant chief in Phoenix.

“I became one of the first Phoenix Fire Department members to obtain an EMT certification in 1972. Department members frowned on this new emergency service,” he said. “I was a member of the first 12-member paramedic class in 1975. The other members called us the “dirty dozen” because they didn’t believe the department should be in emergency medical services. I was the youngest to be promoted to captain in just seven years at age 30 and to battalion chief at 38. I retired as an assistant chief (No. 2 position) to take the position of fire chief for the Seattle Fire Department.”

Morris moved to Seattle in 2001 where he worked for the fire department before returning to the Valley in 2004 to serve as fire chief of the Rural/Metro Fire Department. After retiring in 2008, he moved to Pine and became fire chief in 2014.

“For such a small department this is a very professional outfit,” Morris said of the PSFD.

Morris came in during the post housing collapse recession that created a very challenging time.

“They were facing a budget problem,” said incoming P-S Chief John Wisner. “It’s not a big shiny engine, it’s a smaller budget, with fewer people, and they are still getting it done. That’s what I think is impressive.

Wisner and Morris have been meeting regularly in the transition process to prepare the new chief to take command on Monday, Nov. 2, when Wisner will be in charge.

Focused on the transition between himself and the incoming chief, Morris outlined a course of action and Wisner is seeing the benefits.

At a general staff meeting of all district members, Morris asked every firefighter to prepare a report for Wisner describing their individual assigned duties and plan for the future. He has taken Wisner on field trips throughout the district to check out landing areas for helicopters, stand pipes for water, and other areas of note. In one field trip to the waterfall trailhead, they ended up rescuing a brother and sister that were out of water and needed assistance. The two took the hikers back to the trailhead. Chief Morris said, “I think Chief Wisner now fully understands the burden of Fossil Creek rescues.”

“I can hit the ground running day one,” said Wisner. “The first day could be a disaster, and because we covered that in a non-emergency situation, I’ll be prepared to take the reins.”

Working in such a supportive community is why Morris said he plans to continue to live in the P-S area.

The people here have been terrific to work with and a pleasure to work for, he said.

Morris grew up in West Virginia and as a teenager dreamed of living in a cabin in the woods.

“Ginger and I have a log style home in Strawberry that borders the Tonto National Forest and love the two communities. I’m staying in the district and I am comfortable with the high level of emergency services available to seniors — especially, now that I’m a senior at 73 years old,” he said. “What a wonderful place to end a 56-year career than with the family of the Pine-Strawberry Fire District. It has a highly talented fire board dedicated to protecting the two communities and developing firefighters to a higher level of service and professionalism. The firefighters and board are dedicated to the community’s health and welfare and they demonstrate that every day. I truly enjoyed every day of my time with them.”

Morris plans to catch up on reading and getting back to writing articles for magazines.

The only significant “bucket” item left for him to complete is finishing the 800-mile Arizona Trail.

He often hikes the trail alone because he says he can’t find anyone his age to keep up with him and 40-year-olds are still working and can’t get on the trail.

Asked what his major accomplishments were while at P-S, Morris listed the following:

During the 30-day transition process in May 2014, Morris responded with now Payson Fire Chief David Staub to a fatal motorcycle accident at milepost 273 on Highway 87 north of Strawberry. Before the end of the summer, there were four additional crashes and five fatalities at that location.

“The curve forced motorcycles traveling downhill across the center line and they would strike northbound vehicles. Pine-Strawberry crew members stated fatal accidents at that location were not uncommon in previous years and there are today a bunch of white crosses at the roadside,” he said. “I went to the Arizona Department of Transportation, who assessed the road conditions. ADOT next lowered the speed limit and installed additional chevron arrow signs at the curves.”

There have been no fatal motorcycle accidents at the location since.

a financial crisisMorris faced a serious budget crisis when he took over. The housing collapse caused a recession and put the district on the edge of insolvency. Three firefighter positions had to be eliminated. Morris and the fire district board took a conservative and cautious approach with finances and worked out of the hole. After four years, they were able to replace the small, dilapidated and unsafe living quarters at the Strawberry fire station with a modern, 3,400-square-foot fire crew quarters, along with repairs to the Pine fire station.

They also replaced a 17-year-old ambulance and are planning to purchase a new fire pumper truck to replace a 20-year-old one, along with repairs to the Pine station.

At the end of 2020, nearly 800 persons will have been rescued from Fossil Creek in the last six years with seven fatalities. After the Forest Service closed the Fossil Creek Road west of Strawberry, P-S rescuers were forced to drive to Camp Verde to access Fossil Creek.

“I work hard with the Forest Service to try to find a fix, also working with Senators McCain and Flake, and now Senator McSally, along with Congressman Gosar and state elected officials over the issue of opening the roads,” he said. “It took a letter from me directly to President Trump (the White House sent me a letter acknowledging receipt of the letter) who acted and directed the secretary of agriculture to address the issue. That resulted in a letter from the office of the secretary of agriculture to me stating that they were directing the Tonto National Forest to work with local public safety officials in resolving the public safety crisis. A meeting with Tonto National Forest officials last year resulted in the immediate opening of the Forest Service 708 Road, reducing a two-hour and 15-minute response time to about 20 minutes to the waterfall.”

Discussions are underway to open two other roads to give rescue vehicles more prompt access to hikers suffering medical emergencies.

Other access enhancements and helicopter landing zones are underway.

When not on duty, Morris had been a prolific author. More than 100 of his articles have been published nationally and internationally on fire and emergency medical services. He has also lectured in eight different countries including the United Arab Emirates in 2017 while chief at P-S.

As president of the National Fire Service Incident Management System Consortium for six years, he led the development of six textbooks and has authored chapters in three paramedic-training textbooks.

He received the Presidents Award from the International Association of Fire Chiefs for leadership in merging two incident command systems used by the American fire service into a single national system for structural firefighting.

He also received the Alice Hamilton Award from the National Institute of Occupational Safety and Health (NIOSH) for “leadership through science by publishing and preventing deaths and injuries of firefighters working at basement and other below grade fires.” Morris submitted a research paper that identified a higher level of deaths at basement fires which motivated NIOSH to implement live fire research of below grade fire behavior that confirmed the higher risk. That was followed by NIOSH developing training awareness programs.

And he received the James O. Page EMS Achievement Award for 40 years of contributions in promoting improvements in fire-based emergency medical service (EMS) and paramedic programs across the country.