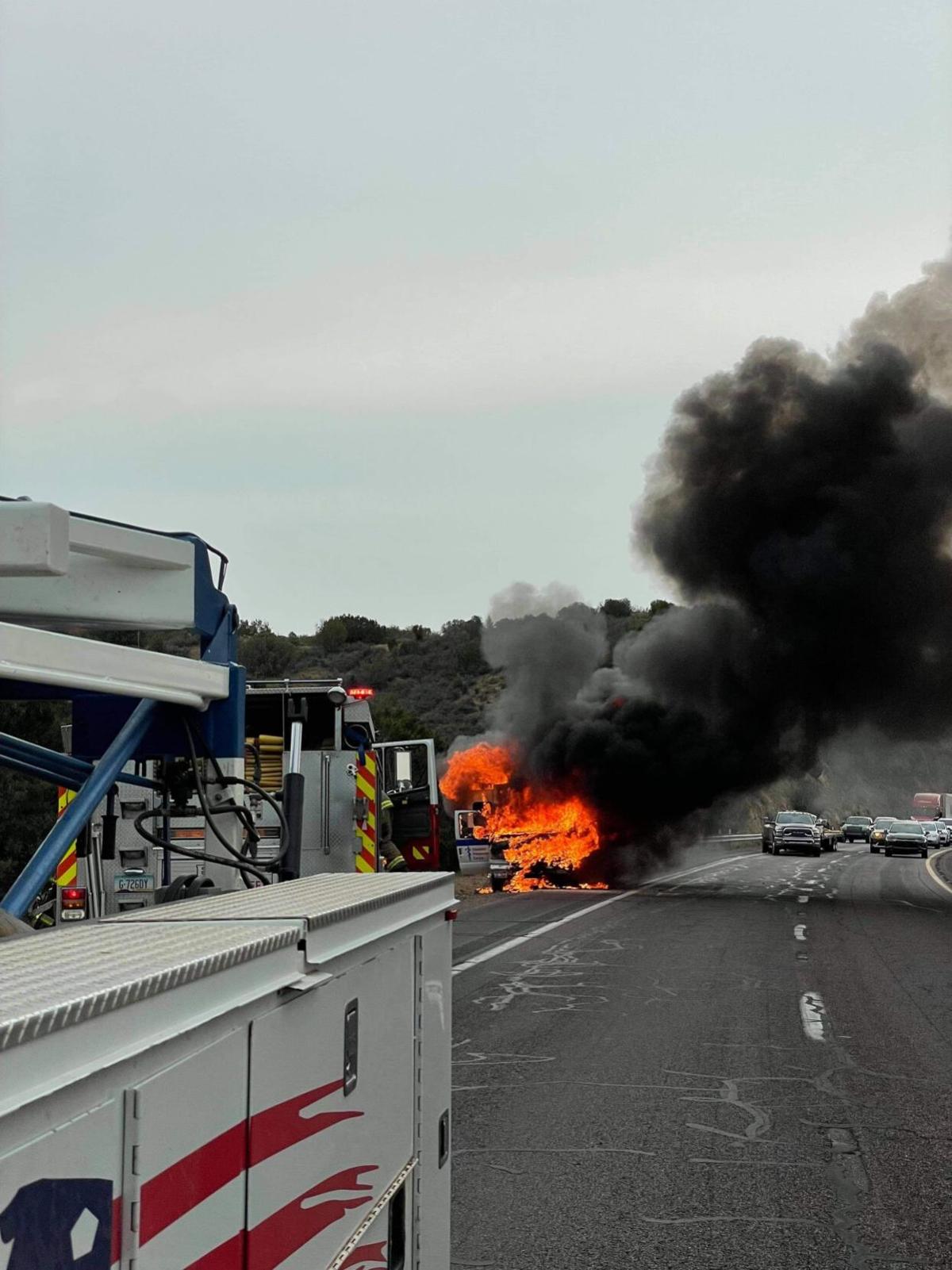 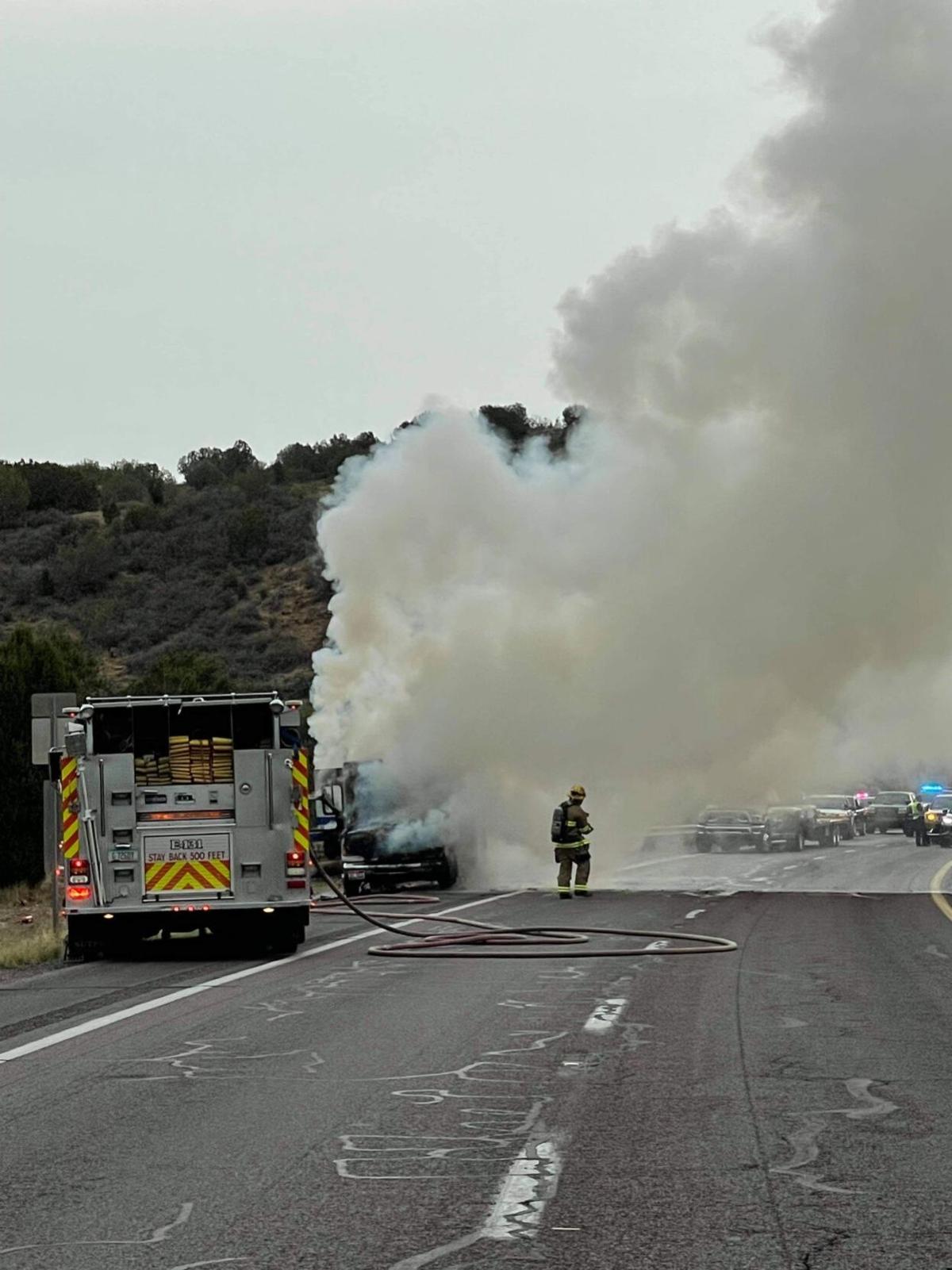 No one was injured and there were no patients on board an ambulance that caught fire on State Route 87 Tuesday.

No one was injured and there were no patients on board an ambulance that caught fire on State Route 87 Tuesday.

Flames engulfed an ambulance on State Route 87 Tuesday afternoon, blocking travel on the highway as crews worked to contain it and keep it from spreading to the brush.

The ambulance was heading northbound on 87 when it caught fire on the hill outside Rye, leading into Payson, according to Cody Edwards, who took a photo of the incident.

Edwards said he was headed up the hill when he spotted the flames and stopped to help several other motorists who were attempting to put it out with fire extinguishers.

Cris Lecher, with Lifeline Ambulance, said it was an out-of-area ambulance provider and there were no patients on board. No one was injured.

The Payson Fire Department responded and extinguished the flames.

Every year, multiple vehicles catch fire on the hill and there is even a sign just outside Rye warning motorists to turn off their vehicle air conditioner to prevent overheating.