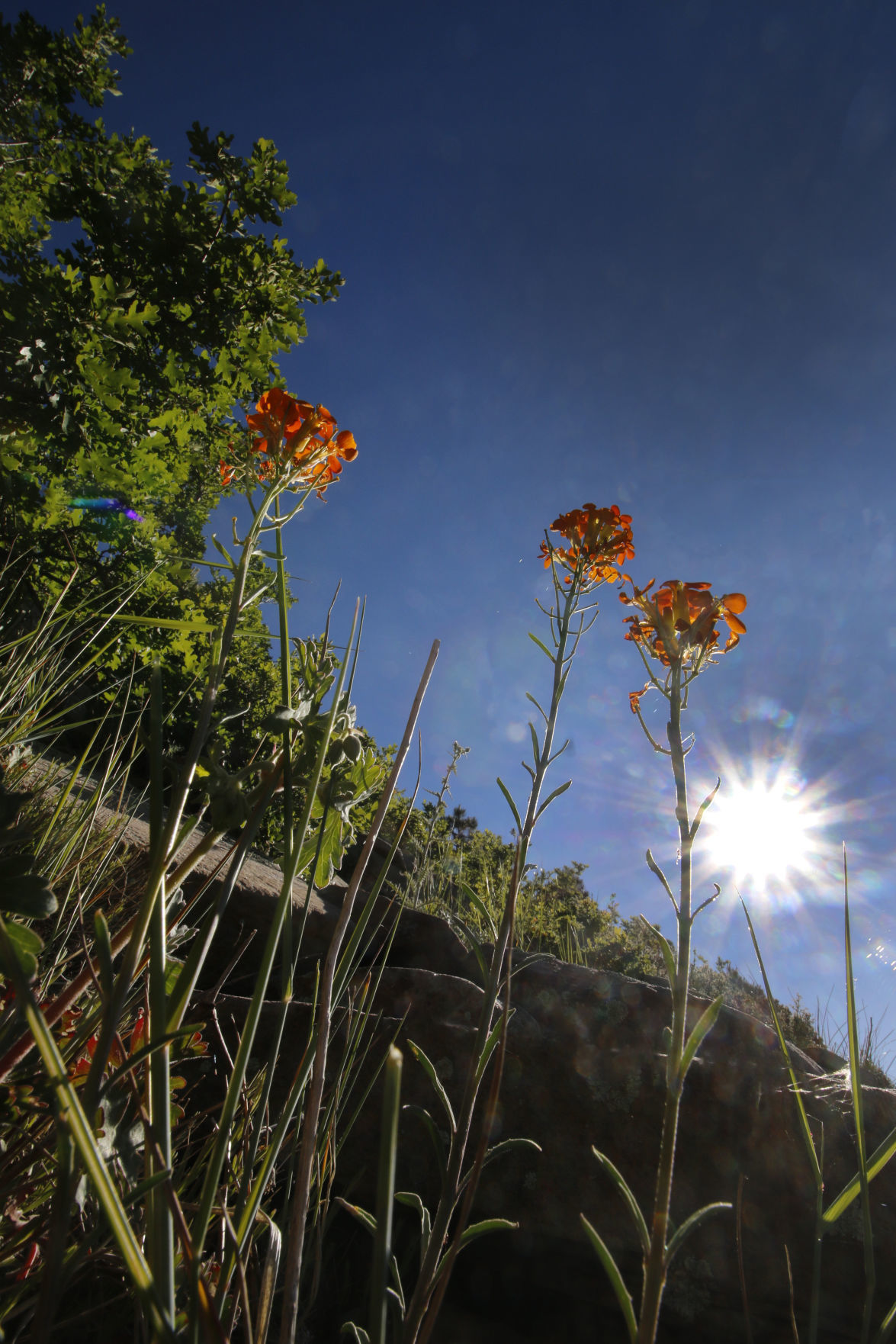 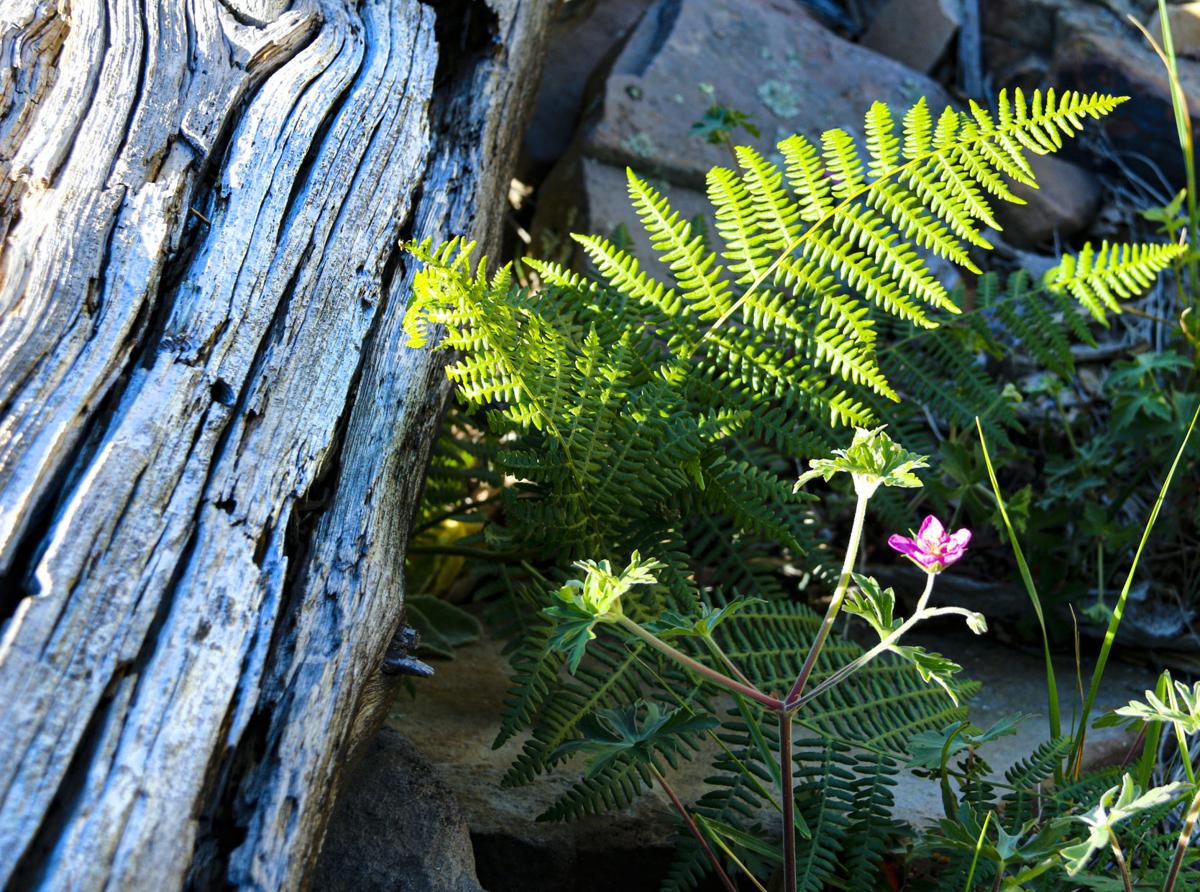 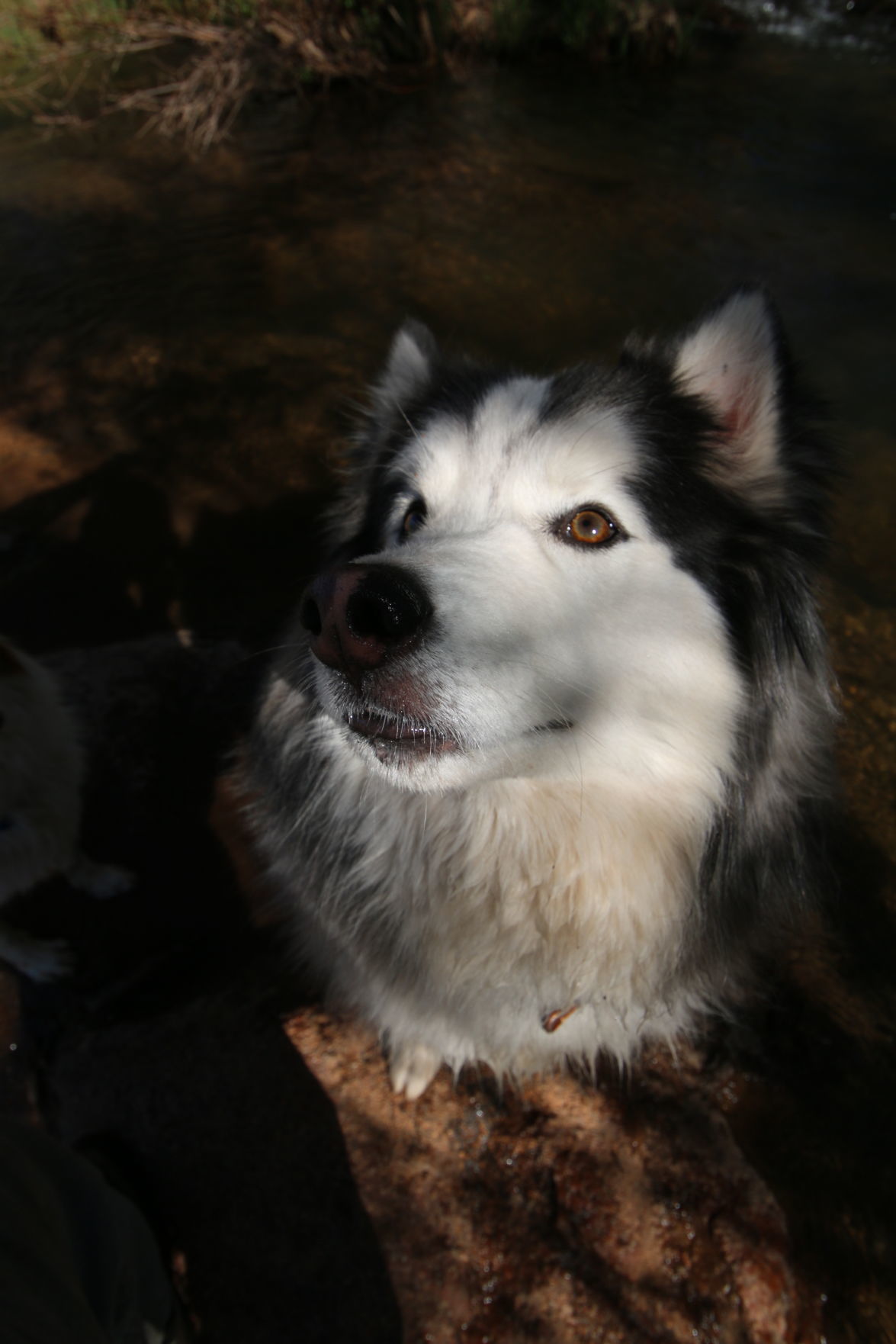 The view from the Mogollon Rim (above). After his beloved dog Lobo passed, the author thought he would never get another dog, then along came Loki (left) and a whole new world of adventures opened up. 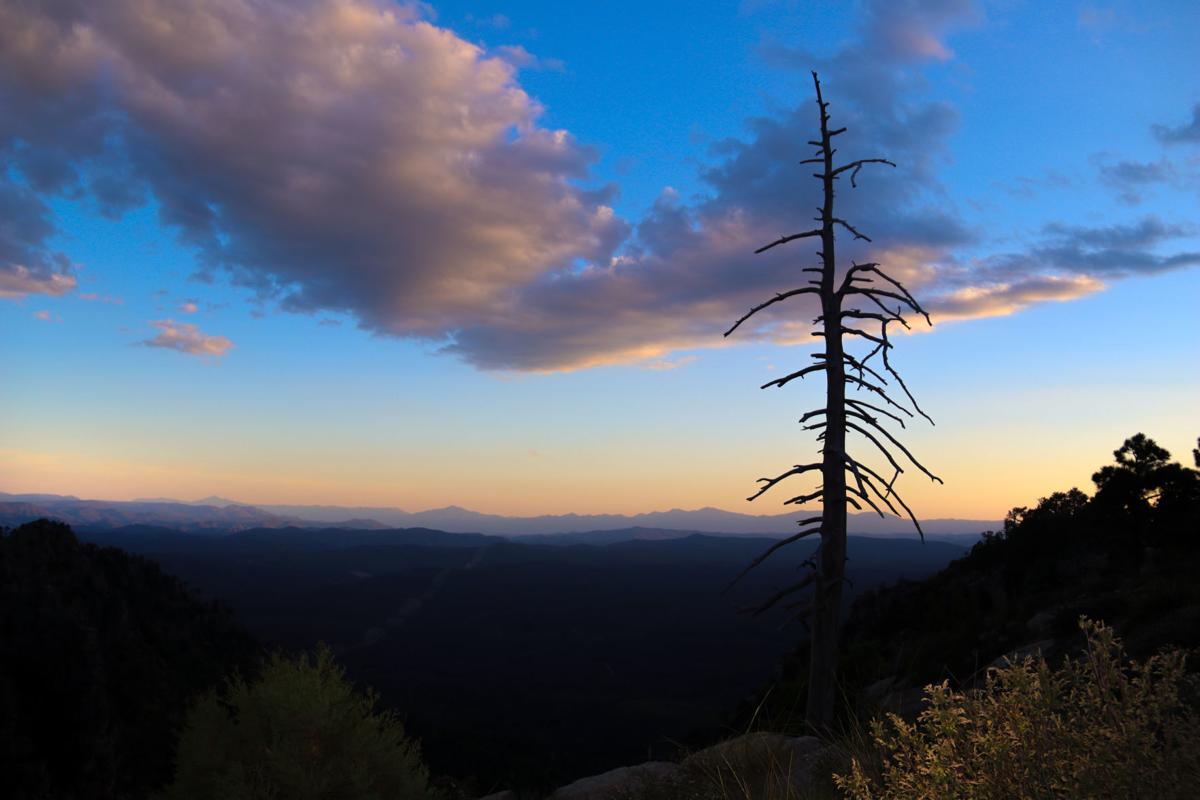 The view from the Mogollon Rim (above). After his beloved dog Lobo passed, the author thought he would never get another dog, then along came Loki (left) and a whole new world of adventures opened up.

Loki cocked his hairy head and fixed me with his deep brown eyes.

His ears went forward. I could tell he really, truly loved me.

“OK. That’s fine,” I said, digging the treat out of my pocket.

He delicately nibbled the fake beef jerky from my fingers. That’s love, right? Then he went bounding back off into the woods atop the Mogollon Rim, the rearing edge of the Colorado Plateau and the provider of most of what we love about living in Rim Country.

I really wasn’t going to get another dog, after I lost Lobo — my adventurous, unnervingly wise wolf hybrid. Out of loyalty, I was gonna just mourn Lobo for the rest of my life — at least relieved I would no longer have to limit my vacations to dog-itineraries.

And now here I am, vacuuming up after an unbearably hairy malamute (I think).

Don’t blame me. Blame my genes.

But more on that in a minute.

The rain that runs off the face of the Rim feeds Fossil Creek, Tonto Creek, the Salt River and the Verde River, thereby making possible Payson, the ancient civilization of the Hohokam and the modern sprawl of Phoenix.

So I like to cruise Forest Road 300, which meanders along the edge of the Rim all the way from Show Low to Pine. The 30-mile stretch from Woods Canyon Lake to the reconnection to Highway 87 above Pine offers a host of wonderful camping sites, each with a 100-mile view and sunsets to give your life periodic purpose.

The 1,500-foot-tall cliff face of the Rim harbors a host of geologic puzzles and wonders. The hard lava and basalt cap of the Rim was laid down within the last 30 million years. It prevents rapid erosion, but has enough cracks to allow water to seep in the layers of sedimentary rock beneath. The 200-million-year sequence of sedimentary layers records mass extinctions, the rise and fall of oceans and the advance and retreat of deserts.

The 300-million-year-old Kaibab Limestone at the top harbors the remains of creatures that lived in a long-vanished inland sea. The 500-milion-year-old layer of Tapeats Sandstone at the bottom records the deposits on the shoreline and tidal flats of a different sea. The Grand Canyon records much the same sequence, laid bare in that case by the Colorado River.

Beneath the Tapeats Sandstone lies the Great Unconformity — more than a billion years of missing sediment. The 1- to 2-billion-year-old Precambrian Granite on which the Rim rests includes the pinkish mass of Payson Granite.

I’m having these deep thoughts when Loki materializes at my side. He nudges my hand with his silky smooth head.

Loki sighed and curled up at my feet, unimpressed with the view, but curiously content to rest beside me.

I sighed, surrendering myself to my genetic predispositions.

So it turns out, the genes of some people predispose them to owning dogs, according to a study of 35,000 twins published in the peer-reviewed journal Scientific Reports.

Researchers from Sweden and Britain used the Swedish Twin Registry to compare the dog-owning history of both identical twins and fraternal twins — either raised apart or together. Identical twins basically came from the same fertilized egg, so they have exactly the same DNA. Fraternal twins share the same parents, but came from two different fertilized eggs — so they have a different DNA mix from one another.

Turns out, dog ownership patterns matched up much more precisely among identical twins. The researchers concluded that genes account for about half of the differences in dog ownership.

We’ve been hanging out with dogs for 15,000 to 100,000 years, according to DNA and archaeological evidence. Studies show that owning dogs can confer all kinds of health benefits, from lower blood pressure to less depression.

So, are the people with dog-friendly genes more likely to reap the health benefits? The researchers offered that question as one good topic for further research.

That’s fine. I have a more immediate interest. Should I feel disloyal to Lobo for letting Loki worm his way into my heart?

Loki’s different from Lobo, just like all my kids came out different from one another. One of my daughters slipped Loki into the household, to save him from the purgatory of Phoenix owned by a college student who didn’t want to keep him.

So Loki and I have been working it out. He runs off, but I’m training him to the treat. He bounds about too much around babies, but I’m calming him down. He begs at the table and I’m trying to train myself not to feed him. He’s real talkative, but I’m afraid I skitter back and forth from telling him to zip it to howling myself to start a conversation.

But mostly I love to watch him the same way I watched Lobo, so alert and intelligent and excited about the world.

And I must confess: I’m a sucker for his reaction to belly rubs.

Must be in his genes.