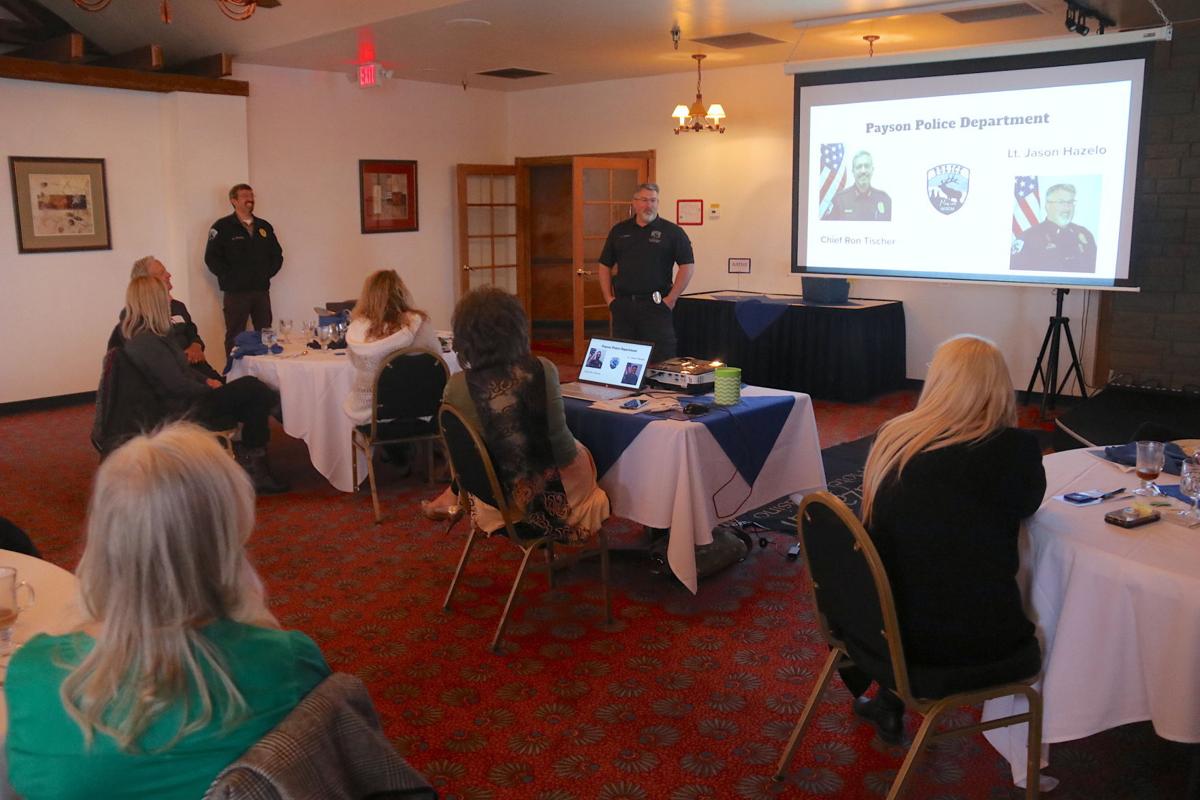 Chief Ron Tischer and Lt. Jason Hazelo at the March 15 Chamber luncheon. The two came to give an update based off of the 2020 annual report. 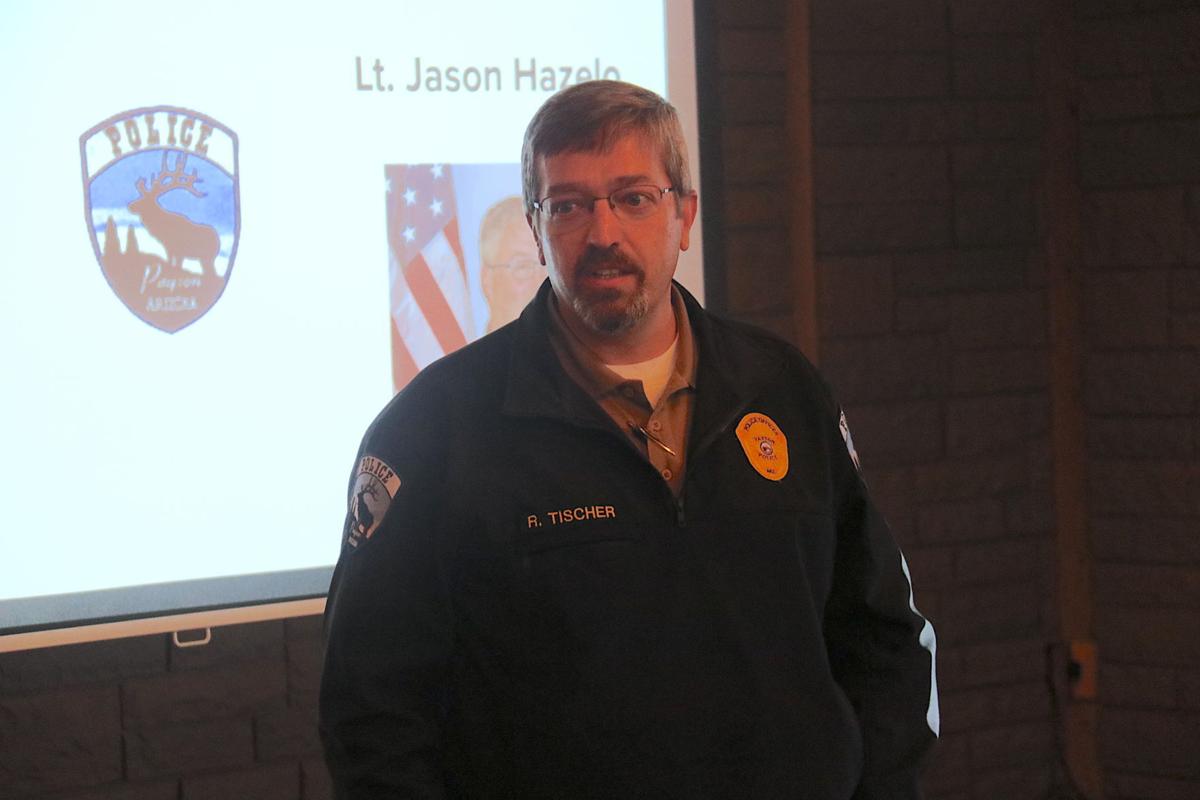 Payson Police Chief Ron Tischer spoke to chamber members about changes the department has made in the last year. 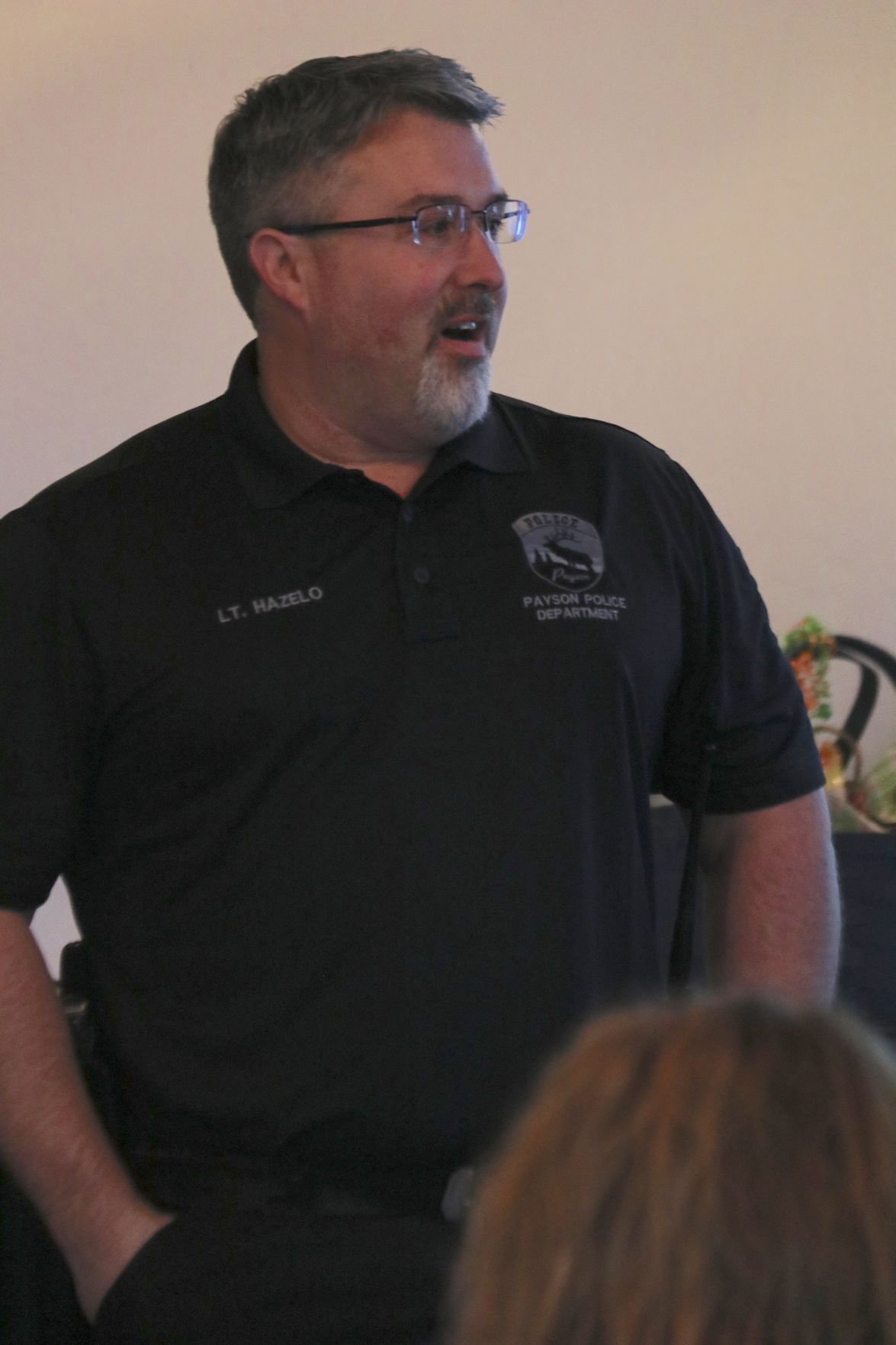 Lt. Jason Hazelo of the Payson Police Department presents an overview of the findings of the 2020 Annual Report. 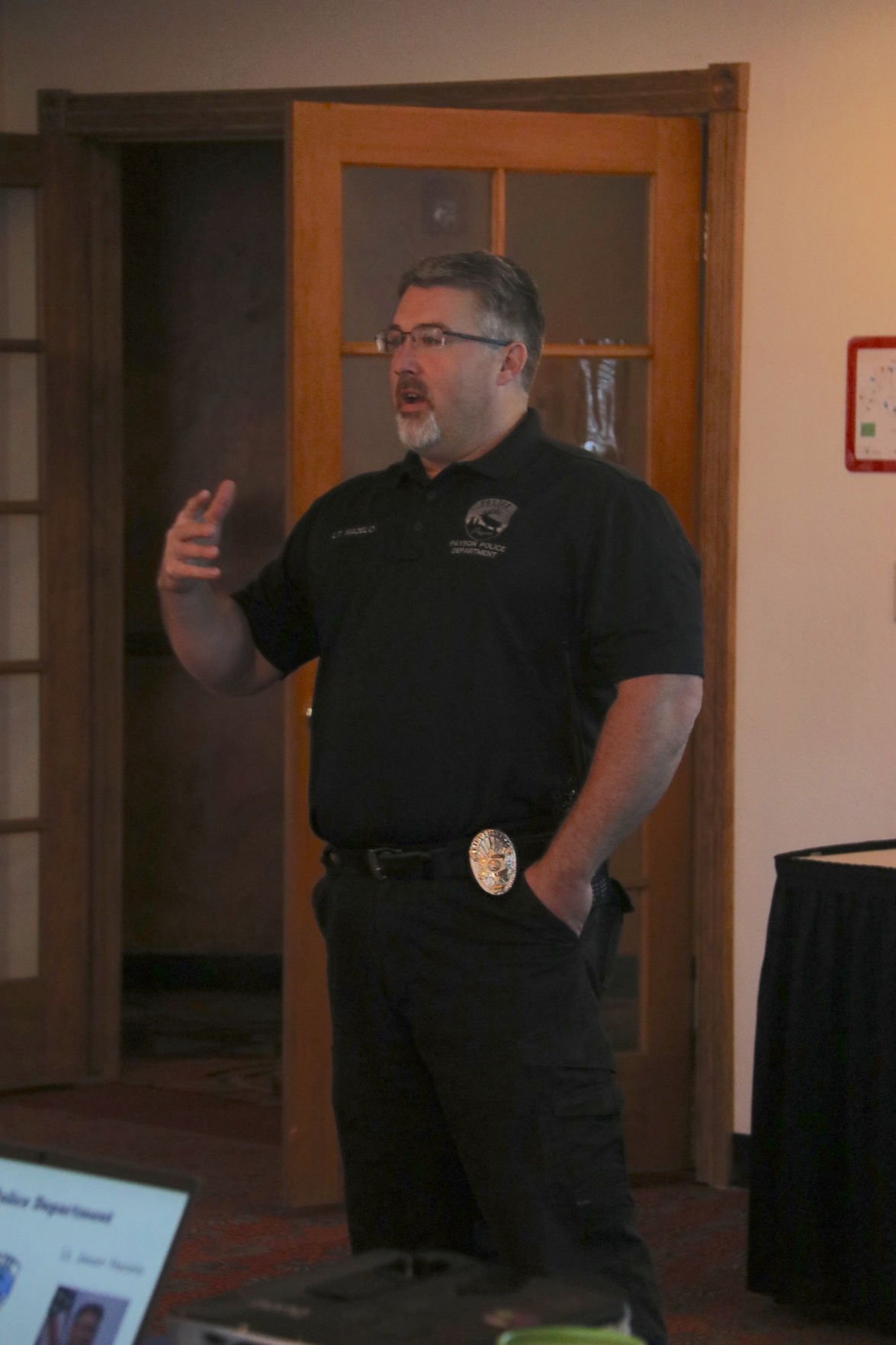 The 2020 Crime Statics for Payson.

Chief Ron Tischer and Lt. Jason Hazelo at the March 15 Chamber luncheon. The two came to give an update based off of the 2020 annual report.

Despite the pandemic, the Payson Police Department increased its ranks and answered more calls for service than in years past.

The statistics showed that the number of traffic tickets jumped a whopping 66% with the new officers on patrol. The number of domestic violence arrests rose 13%, mirroring a national trend experts attributed to the number of people in violent relationships stuck at home during the pandemic. The report also included a 39% increase in arrests for assault. In most other categories, crime remained steady.

The department went on a hiring spree last year, with nine additional staff — mostly communications staff and police officers. Payroll increased 13% from 2019 to 2020. The department hit its full staffing level for the first time in years.

On top of the new hires in communications, the department added four new officers while promoting and creating new positions for others.

With the aid of a state grant, the department added another student resource officer, stationed full time on campus but available for emergency calls. Now both the middle and high school have a full time SRO. Hazelo told the chamber members he did not fully understand the important role of the SRO until he served as one.

The promotion of Benjamin Keith to detective and Justin Deaton to sergeant rounded out the staff changes.

Typically, most calls for service were made between the hours of 9 p.m. and 11 p.m.

This year, the special enforcement unit expanded from its typical narcotics investigation duties to beef up its Threat Liaison Officers (TLO). With this year’s contentious elections and pandemic, TLOs monitored protests, organized election security and protected election officials. The unit also monitored COVID-19 around the globe. The TLOs then networked with the Arizona Counter Terrorism Intelligence Center, town and department officials to monitor threats to the community.

Police reported no homicides or rapes in 2020, although Hazelo told the chamber members there were a few calls about “sexual assaults with minors.”

The department solved some major crimes in 2020.

• In June 2020, a child’s drug overdose led to an investigation that uncovered a stolen vehicle ring that covered several areas in the state. The work by Payson PD resulted in the recovery of several stolen vehicles and several arrests for the car theft and drug distribution.

• A carjacking in October resulted in a high-speed chase that ended with the suspects abandoning the vehicle and fleeing into the woods north of Payson. The suspects then stole another Payson man’s car and later abandoned that in Phoenix. Additional suspects from New Mexico stole a car to come to Arizona to pick up the people who had stolen the Payson cars. As they all traveled through Payson, they got into a collision and were arrested.

• Between November and December several motels and businesses reported numerous vehicle burglaries. The suspects took items, including credit cards. They then used those credit cards at Payson stores. Video surveillance captured one suspect at several burglary scenes and while making purchases with the credit cards. The department created a task force and passed out pictures of the suspect to patrol officers. On Dec. 4, an off-duty officer recognized the suspect. Officers then arrested the suspect and his accomplice. Police found a sizable amount of methamphetamine in their vehicle.

Arizona’s Safest and Most Dangerous Cities based on Crime per 1,000

(To see the analysis of all 38 communities studied go to: https://www.alarms.org/safest-cities-in-arizona/)