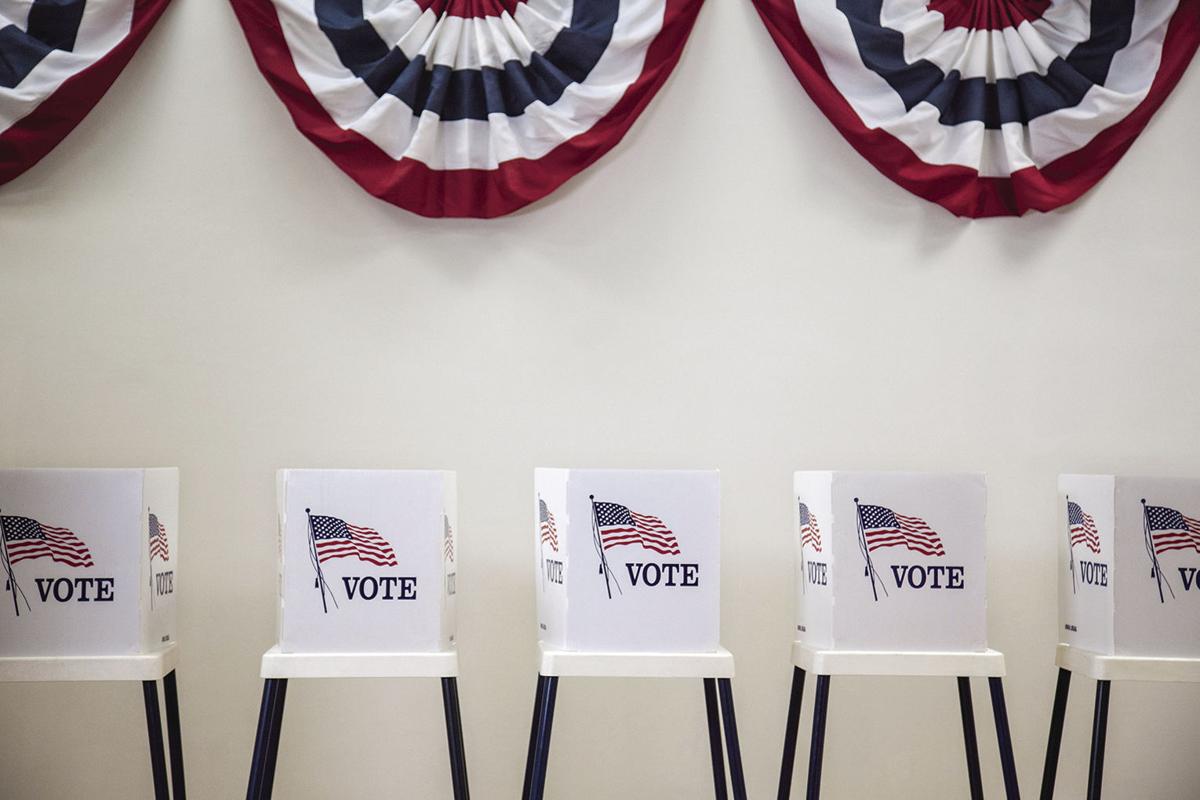 The state has added another protection to make sure all mail-in ballots are counted — more time. Voters now have five days after the election to verify or add their signature to their mail-in ballot. 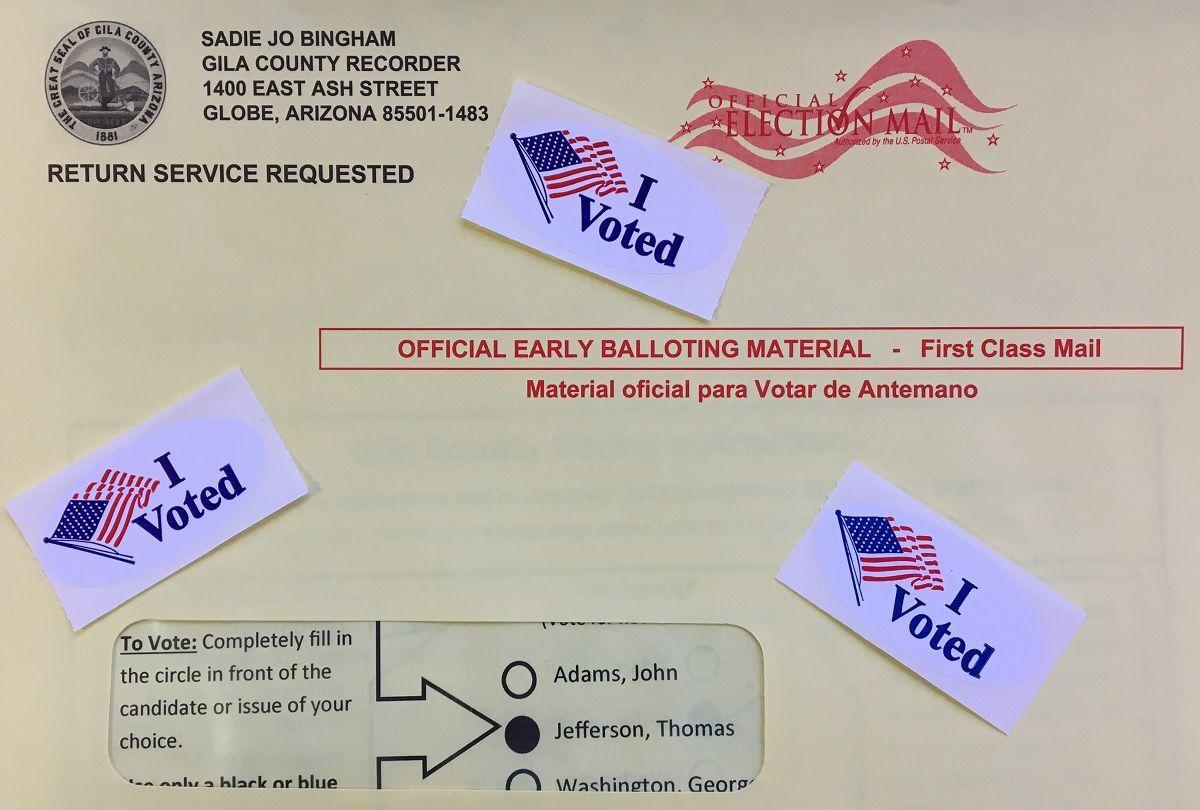 An example of a mail in ballot.

Well — how about this: With mail-in voting, Arizona leads the country in ballot security according to Gov. Doug Ducey.

“Over the course of decades, we’ve established a system that works and can be trusted,” he told The Arizona Republic for a story on the state’s long tradition of voting by mail since 1992.

“When it comes to the ballot, it’s like Noah’s Ark, always two by two,” he told the Roundup.

The early voting process weaves between the recorder’s office and the election department so that no ballot gets left in the hands of one person. Each step uses two people so that not one person both verifies and tabulates a ballot. Any early voter can check on the progress of their ballot. Once the results have been tabulated, researchers can analyze voting patterns and returns through the election department’s website. Staff and volunteers must follow a procedure manual thick with state statute.

Nonetheless, election officials scramble to not only cope with record numbers of mail-in ballots, but an unprecedented controversy over voter fraud centered on mail-in voting. Social media hysteria has whipped up concerns about whether the post office can handle hundreds of thousands of ballots or whether election workers will surreptitiously toss ballots from one political party or the other.

One thing is fact, if a ballot is not in the hands of election officials by 7 p.m. on Election Day, it will not be counted — even if the post office delayed delivery. Once again, this underscores the importance of mailing in that ballot before Oct. 27.

Early voting ballots go out on Oct. 7 and most voters turn their ballots around within the first week.

Sadie Jo Bingham, Gila County recorder, recommends voters mail their ballots no later than Oct. 27. Otherwise, their ballot will be counted after the polls close.

The process provides a system of checks and balances and an important hedge against fraud.

The recorder’s office maintains the voter registration information, including a signature sample.

Early ballots go first to Bingham’s office, where workers match the signature on the outside of the envelop to the signature on file with the county. Once that’s done, the ballots go to Mariscal’s department in batches of 50 wrapped in a report with the voters’ names in order.

At the election office, teams split the job of reading the voter’s name and officially recording the vote, said Mariscal. This ensures no one can vote twice.

The two departments work to count as many early ballots as possible before Election Day. Election staff shifts focus to prepare to run the polls and count the Election Day ballots. This means the ballots mailed at the last minute, in-person early votes cast the Friday before the election, or the mail-in ballots turned in at the polls get counted last.

Mariscal said usually his staff will have counted all the ballots cast in person at polling places by 11:45 p.m. on Election Day. The elections workers then turn to the early ballots.

This delay in the final count has spawned rumors. Voters don’t understand how they could see one candidate ahead the morning after the polls close, but by the end of the week they lose. That actually happened in the August primary, when Payson Mayor Tom Morrissey was behind on Wednesday, but won by Friday.

The late ballots cause the issue, which is why election officials urge people not to wait past Oct. 27 to mail their early ballots or delay voting early in person.

This year, Mariscal believes the turnout will be significant because of the presidential election, which will lengthen the counting process.

“I wouldn’t be surprised if we had 80% (of the Gila County registered voters) or above vote,” he said.

In a non-presidential year, the vote percentage drops to as low as 54%.

Usually, Mariscal deploys 118 volunteers to 17 polling places throughout the county to run the polls, but he will increase the number of volunteers and machines to cover the need and stop early counting.

“We tabulate all the earlies that we have the Friday before the election,” he said. “That release we give out is early voting.”

Both parties send observers to watch the counting process, said Mariscal, and during this past primary election, a member of the Associated Press International watched.

Bingham and Mariscal both said people who mail-in ballots received on Election Day will still be counted — it just takes longer.

“You can vote it and use any drop off ballot box location throughout the county or vote at the polling location on Election Day,” said Bingham.

Mariscal said even if early voters forget the ballot at home or lost it and go to a polling place, they can still vote.

“People get upset and say, ‘Well, I never got it,’” he said, but that’s alright because the system “will show that they received an early ballot by mail (and) that will trigger a provisional ballot.”

People might also get a provisional ballot if their name isn’t on the list of voters kept at the polling place or address issues.

That’s why Mariscal hopes voters will get their ballots in early so Gila County residents can find out who won — and the 2020 election at long, long last will be over.

“When it come to the ballot, it’s like Noah’s Ark, always two by two.” Eric Mariscal, Gila County elections director