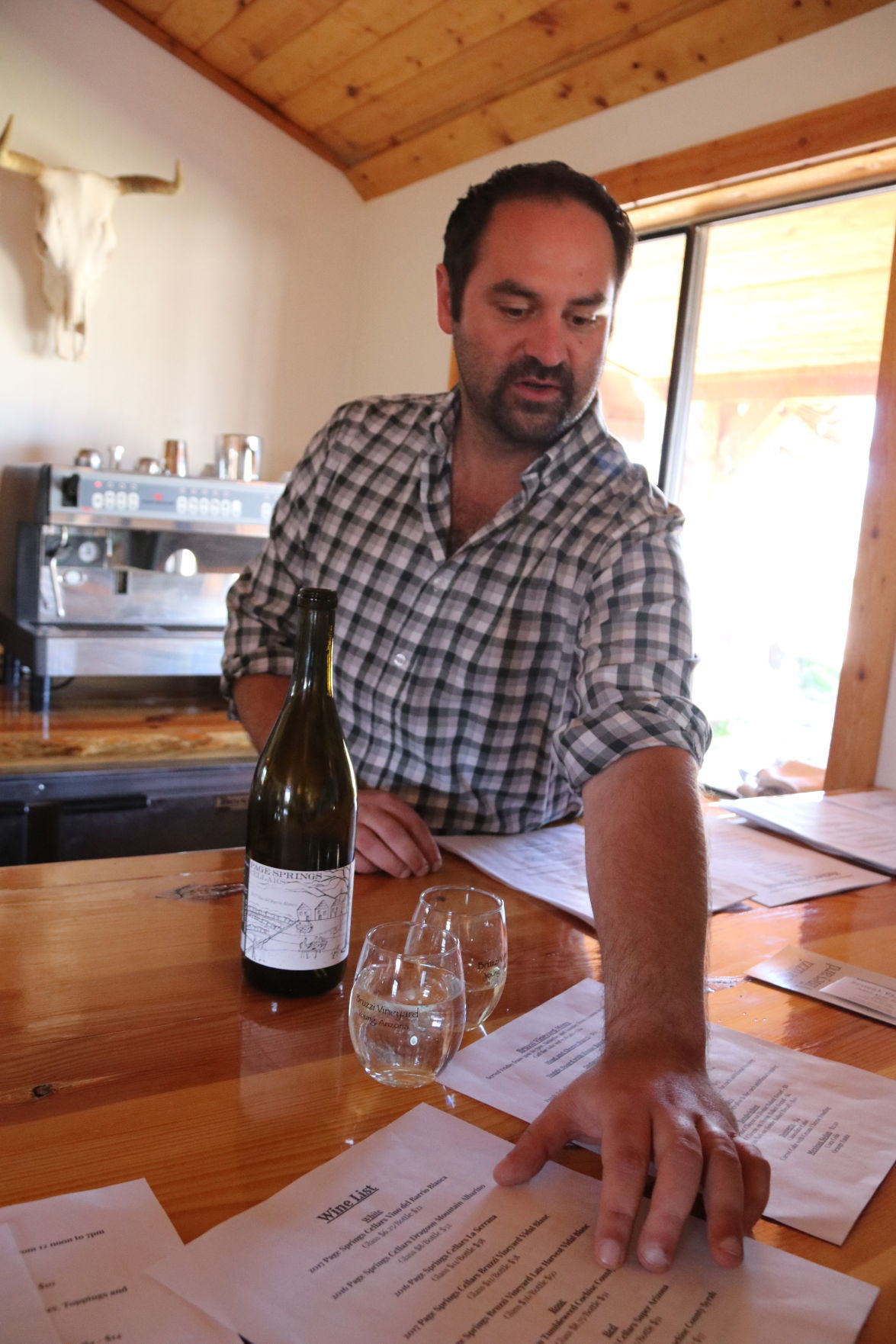 James Bruzzi suggesting a wine to taste at his restaurant. 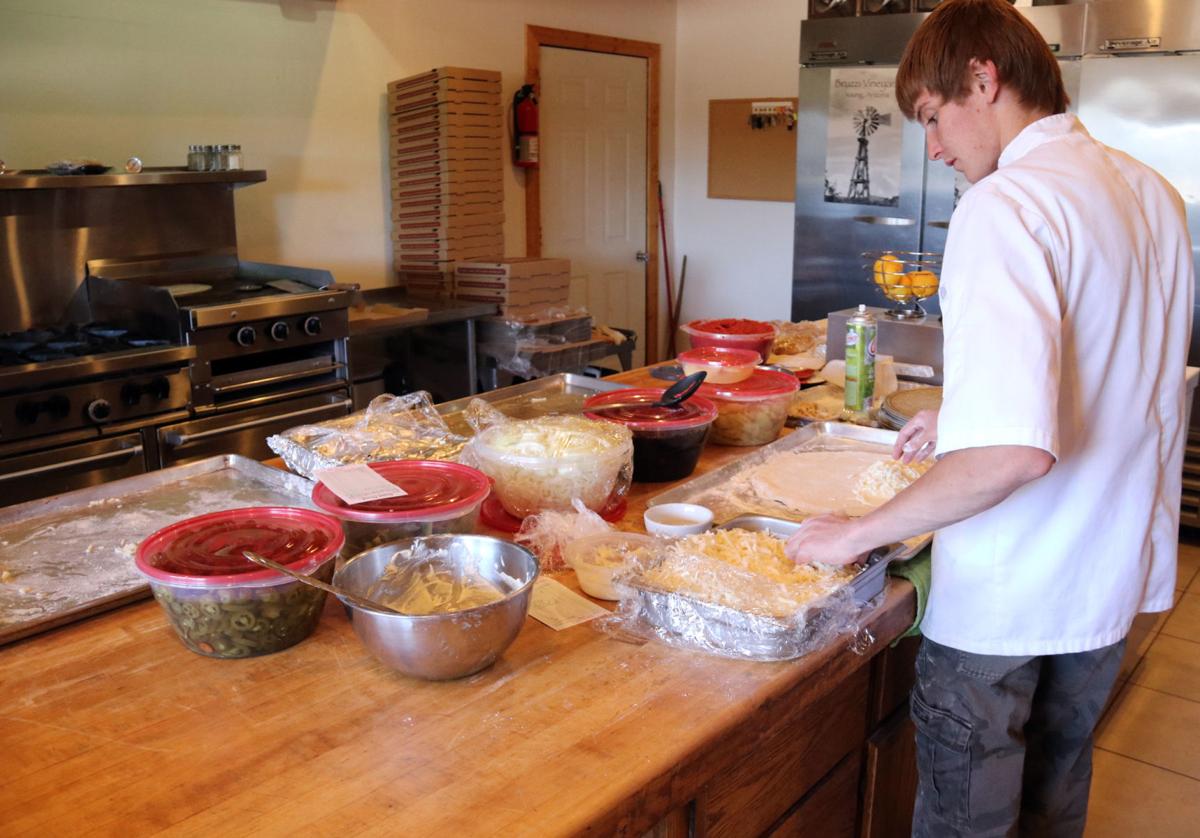 In the kitchen at Bruzzi Vineyard. 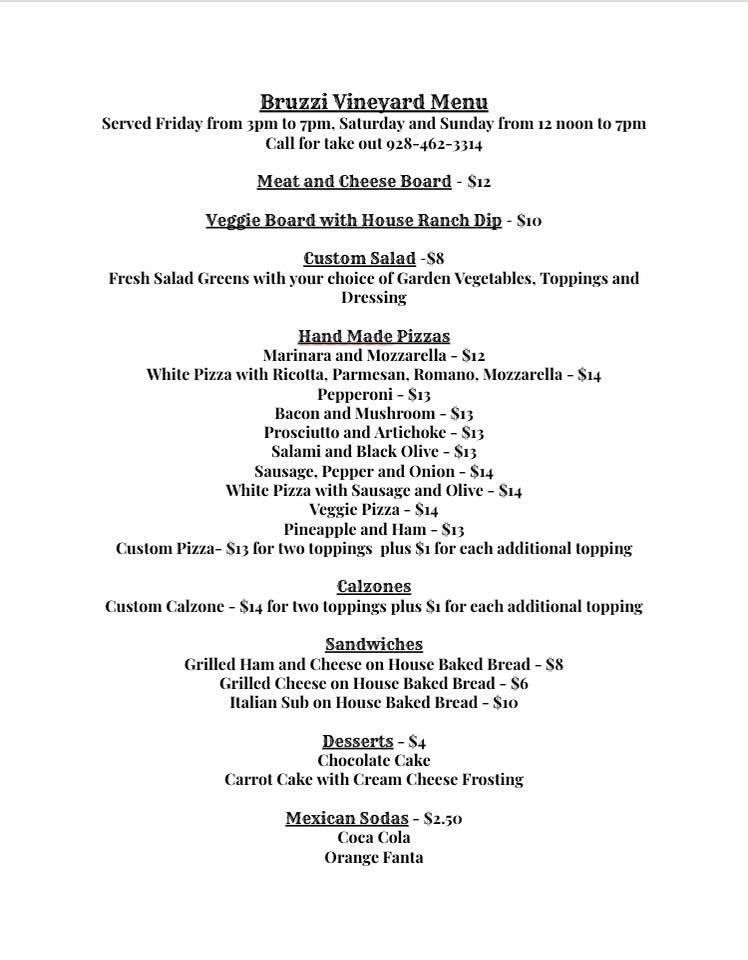 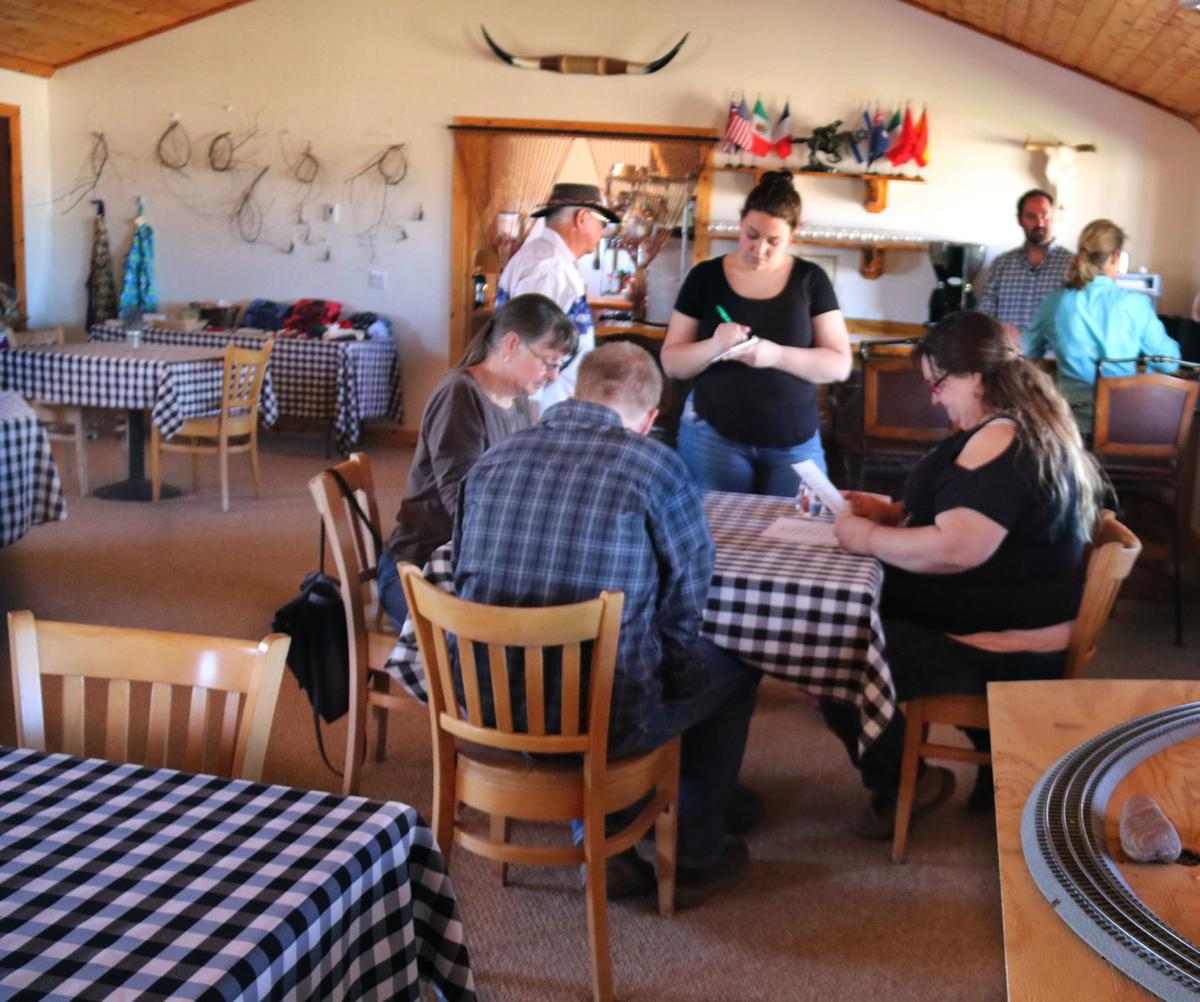 The dining room at Bruzzi Vineyard in Young.

James Bruzzi suggesting a wine to taste at his restaurant.

In the kitchen at Bruzzi Vineyard.

“I came to my property never thinking this would be a vineyard,” he said.

At first, the grapes on Bruzzi’s Young property simply served as decoration. He learned quickly which varieties could handle the almost 5,200-foot elevation of Young.

“The first grapes failed ... they weren’t suitable for the environment,” he said.

He had tried red grapes, but the early frost, lack of fog and temperate environment didn’t work for them.

“I had a bottle of Ice Wine and said, ‘Why don’t we try this?’” said Bruzzi. “Most of Canada’s white grapes are cold tolerant.”

Next Bruzzi completed a soil and water test.

“We’re on an alluvial plane,” he said. “It’s not a heavy clay ... central Arizona is like Germany in temperature and soil.”

So, he planted white grapes in 2010 — and voila — Bruzzi Vineyards were off — but not running.

The wine business has as many twists and turns as a grape vine — the same as Bruzzi’s background.

Originally, Bruzzi studied hotel management, but fell back into the family business of landscaping when he moved to Arizona. Bruzzi learned about landscaping and growing plants from his dad.

Now, Bruzzi’s dad Aldo has left the family business to join his son at the winery — he specializes in making the bread and pizza crusts for the restaurant based on native Italian recipes.

At first, James kept his landscaping business and his dad helped him, until Aldo had a heart attack in 2015. The two came up to Young for rest.

That started a long, winding road for James. “I called every single winery in Arizona,” he said. “I told them we’re growing Vidal Blanc. Everyone said no to the variety.”

Then James called every winery in New Mexico. He had no luck there, either. So, he sat and thought.

“If we could pick one winery to work with, which would it be?” he said. “It was obviously Eric Glomski (of Page Springs and Stronghold Wineries).”

After researching Glomski’s wineries, Bruzzi felt he had a good angle to take with his white grapes — uniqueness.

“Stronghold’s wines are more artistic,” he said. “Some have Native American names.”

So, James sent an email to Glomski telling him about his Young vineyard and his dad’s dream to make wines.

Glomski was hooked from the moment he saw the vines and thought about creating an Arizona Ice Wine.

From then on, the partnership blossomed. “He just adopted us,” said James.

Since then, Bruzzi Vineyards has won awards and produced hundreds of cases of wine. In January, James added food.

But he had to convert his property from a ranchette to the restaurant it is today.

Now, the restaurant has a cutting edge kitchen and counter next to a bright and cheery dining room.

As his reputation for great wines and food has grown, people have started to come specifically to his winery.

“We have people that come as a destination,” he said. “They come from Show Low, Payson and the Valley.”

The restaurant serves lunch and dinner. The menu includes a meat or vegetable board, a salad, pizzas, calzones, sandwiches and desserts — with of course, wines.

To mix it up a bit, James has monthly dinners based on holidays. “The menu is according to the season,” said James.

James has also invested in the community. He collects school supplies for the local school. He has hosted book signings for local authors. He has a farm stand with jams made from the blackberries on his property and vegetables from his garden.

He’s even added a couple of llamas to the staff to help with trimming the grape vines — Amber and Abigail.

Antler's Cafe and Bar to close in December

Soon, Bruzzi Vineyards will be the only eating establishment in Young. The Antlers Café and Bar will close on Dec. 2 – unless a new owner decides to buy the restaurant.

“We have decided to close the Antlers Café and Bar on December 2, 2018,” wrote the owners Scott and Pam on their Facebook page, “We do not have plans to re-open for day-to-day business after that.”