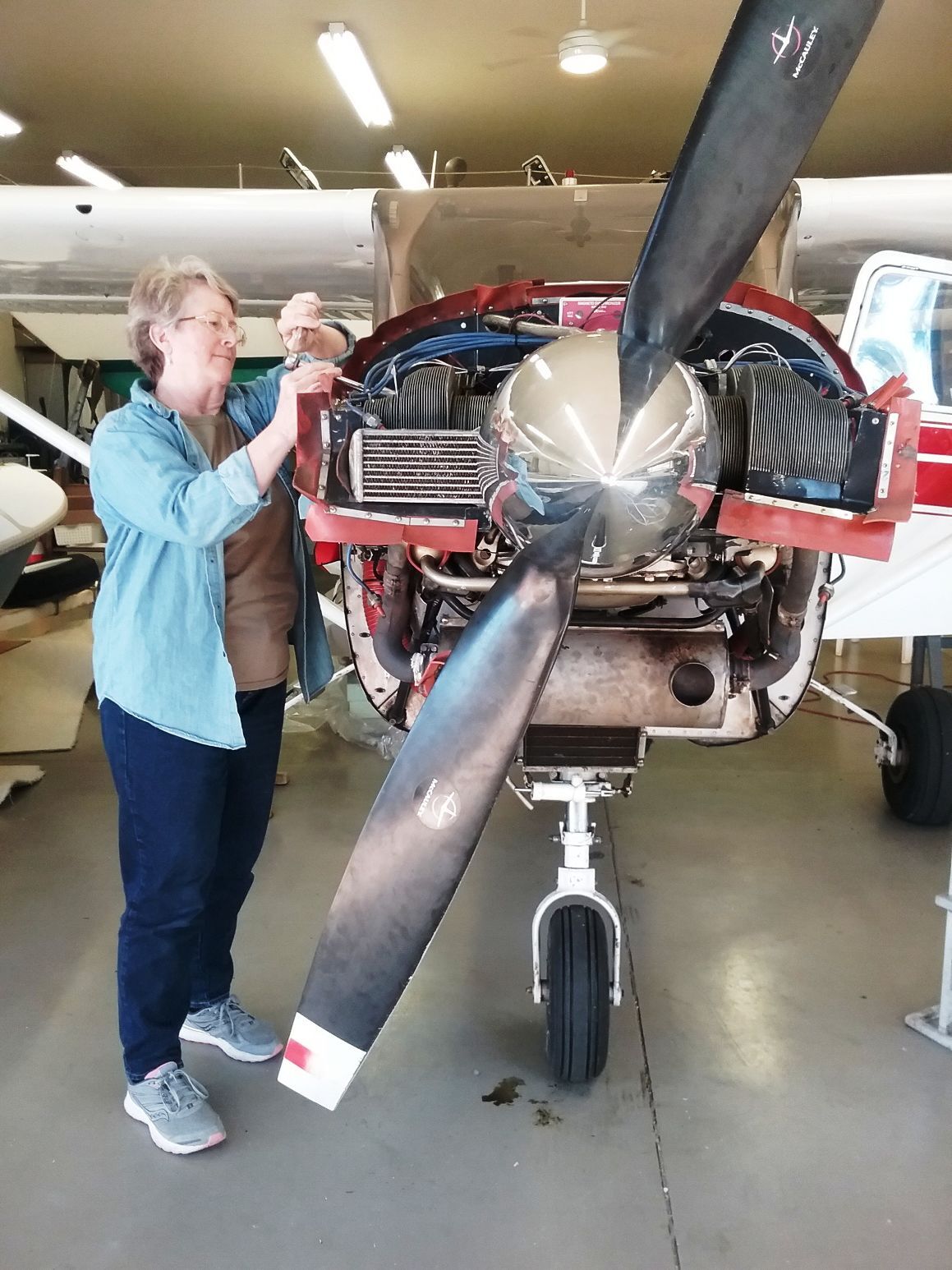 Daren DuFriend tightens the spark plugs on a plane. 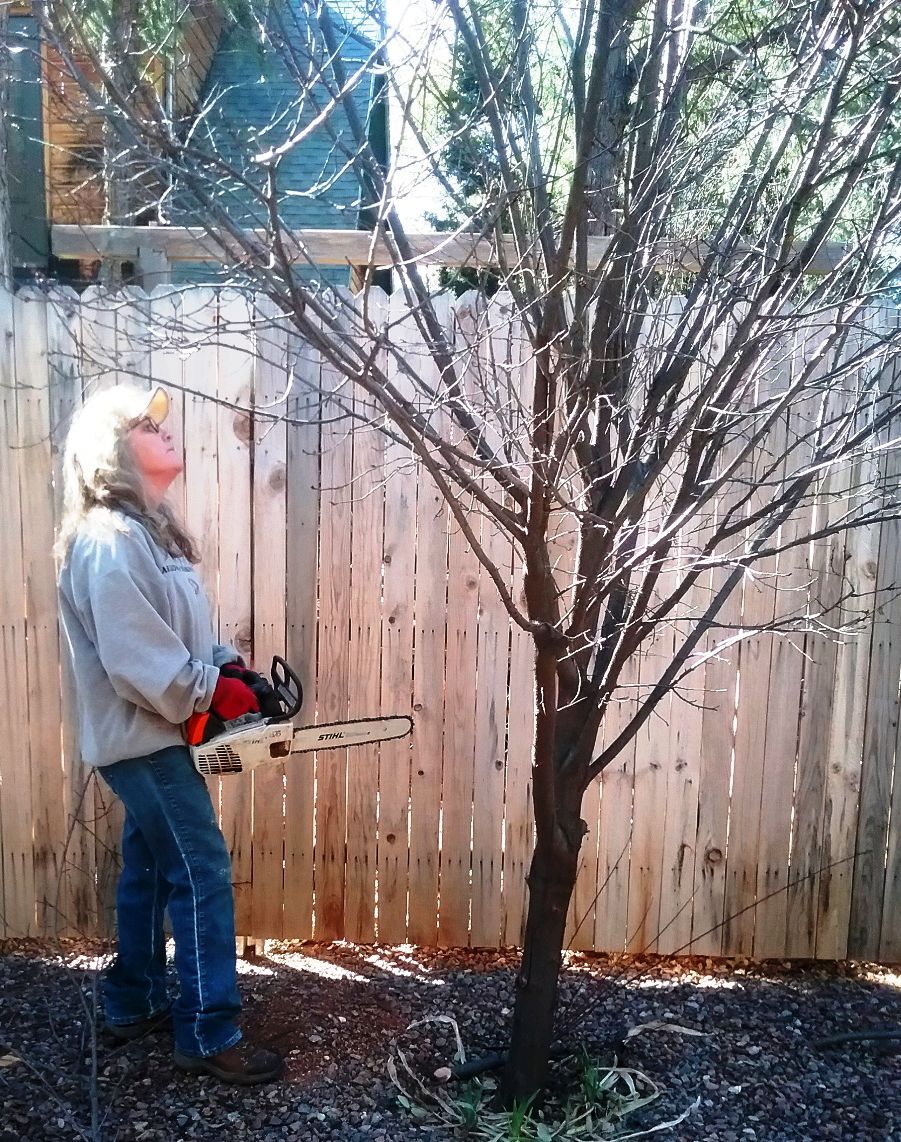 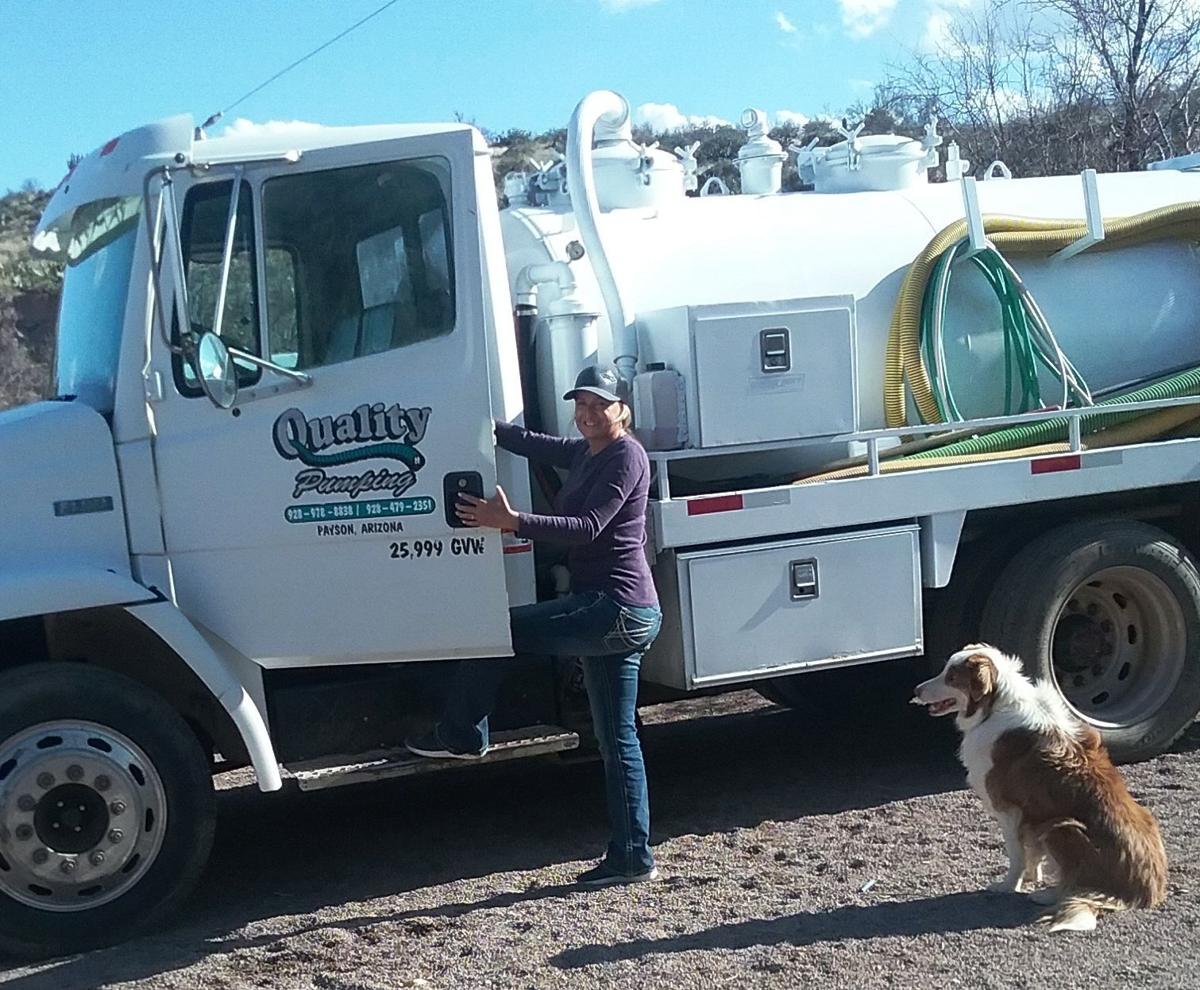 Chancy Thomas with her first pump truck and her dog Red.

Daren DuFriend tightens the spark plugs on a plane.

Chancy Thomas with her first pump truck and her dog Red.

This year for the International Women’s Day theme of “Choose to Challenge,” we are sharing the stories of three women in Rim Country who have taken on non-traditional occupations.

We pay tribute to these women who are entrepreneurs and true trailblazers.

After graduating high school in Payson, Chancy Thomas went to college for nursing. She soon realized she had other interests. When her father, Joe Brown, who was in construction, talked about buying a truck for septic pumping services, she knew she wanted to be part of a business. She worked on scheduling and ran the company, Quality Pumping, from Tonto Basin. Thomas got certified doing soil testing and septic pumping.

“It’s been awhile since I cleaned grease traps, but I have done it all in the business,” she said.

She and her husband, Sterling, enjoy raising their twin girls.

“I often think that I’m in a non-traditional business, but I like running a business and being an entrepreneur.” According to the National Association of Wastewater Technicians (NAWT), only about 6% of wastewater technicians are women.

“I want people to know that we call it Quality Pumping because we provide a really good service. We cover all of Gila County, all of Arizona and New Mexico. We provide septic services and port-a-potty rentals for the Forest Service, construction sites, and special events.”

Robyn Byers works as a tree trimmer here in Payson. She learned her craft by working with her dad from a young age. His death in 2005 was difficult for Byers, but she took over the business. According to the International Society of Arboriculture, women make up just 5% of the workforce.

“I was a little worried that people would not want to hire a girl, but that wasn’t the case. I’ve had repeat customers for over 25 years. Some of the same ones my dad and I enjoyed working with.”

She used to bring her son to work and have him sit on a blanket while she trimmed the trees.

Tina , a co-worker, said, “Robyn has a passion for trees. As we drive around town, she always comments on how a tree could be trimmed to look better.”

Watching Byers trim trees is mesmerizing. She studies the growth of the branches, looking this way and that before making a cut.

“I like being outside. The work is gratifying. I’ve never had anybody not like my work,” she said.

“I went to college for a few years, but the sky called me. I was always looking up at the clouds. I love the feeling of freedom in the air,” said Daren DuFriend.

At the time she was coaching gymnastics and some friends were skydiving. She tried it, and that began her love of aviation.

She learned if she got a pilot’s license and an airplane mechanic’s license, she could get a good job in the field.

So, she went to the Spartan College of Aeronautics and Technology, working during the day and going to school at night. She received her airplane and power plant license.

“The first interview I went on, I was so proud and excited that I was a pilot and a mechanic. The person who interviewed me said, ‘Turn around. Yes, you’ll be OK in the front desk, but the wives will be jealous.’ I walked right out. I grew up with brothers so never had trouble in this male-dominated field.”

According to the Federal Aviation Administration, 7% of pilots are women and less than 3% are aviation mechanics.

DuFriend continued skydiving. When she met her husband, Jim, who had a skydiving school, she became a sky jumper pilot.

“Jim has always given me a lot of support, encouraging me to move forward. We started our own mechanic shop and have worked in many different places in the U.S. and Baja California, Mexico.”

She obtained her airplane inspector license. They settled in Payson in 1994 and in 2001 Daren began working as a mechanic inspector for the Federal Aviation Administration.

All three women have excelled in their career choices. They offer role models for young women seeking non-traditional occupations.