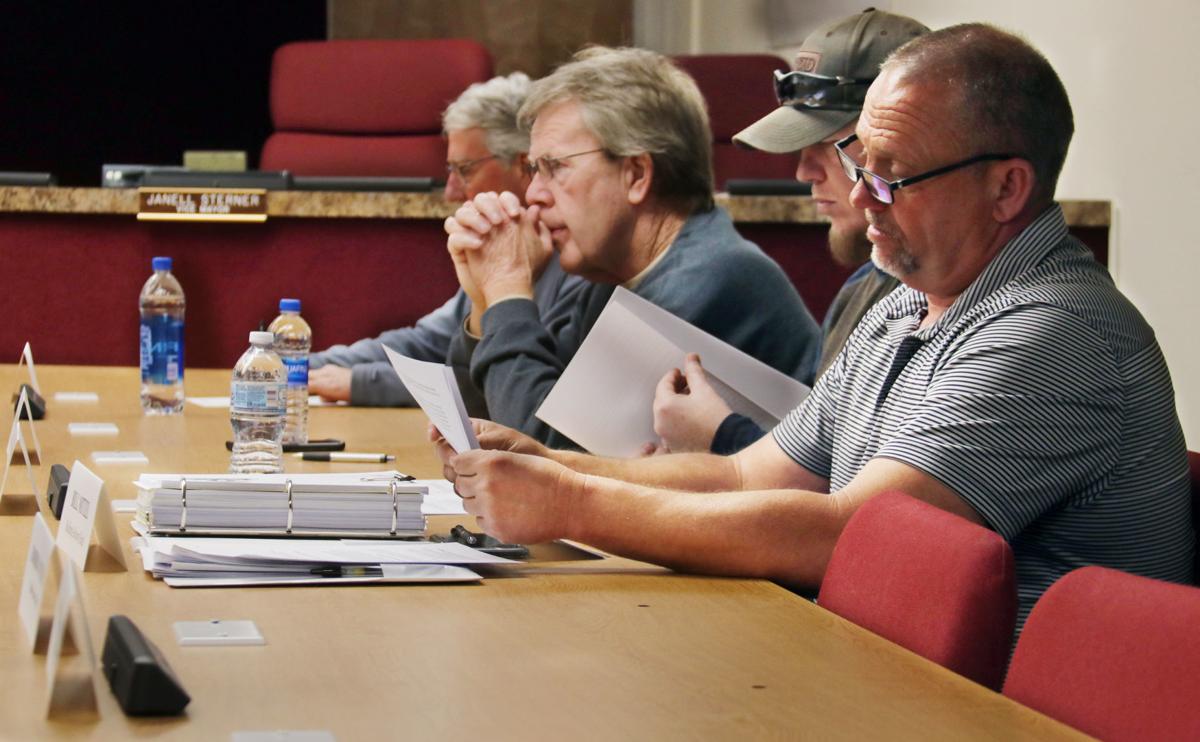 Fire Chief David Staub explained to the Building Advisory Board this is only a draft of the final version that will be presented to the council.

Fire Chief David Staub explained to the Building Advisory Board this is only a draft of the final version that will be presented to the council.

The Payson Town Council will once again consider changing building codes to better protect the community from wildfires.

Payson Fire Chief David Staub explained that this was only a first draft. They would work any concerns the committee had into the next draft.

The Building Advisory Board hopes to recommend both a WUI building code and a Firewise ordinance to present to the Payson council by May or June.

Staub hopes a new council majority will prove willing to follow the lead of Prescott and Flagstaff in adopting building codes that make it much harder for embers raining down from a nearby wildfire to set the whole town on fire — with flames spreading from house to house.

Past councils have balked at adopting a comprehensive code when faced with community opposition over the cost of brush removal or the potential increase in new home prices prompted by mandating fire-resistant design and materials. Others have worried about heavy-handed enforcement and the cost of keeping lots safely cleared.

Then Paradise, Calif. burned to the ground.

Residents from that community even ended up in Payson with horror stories about fleeing their homes with moments to spare and returning to find neighborhoods charred to the ground, ambulances serving as hospitals, and all infrastructure gutted.

One survey of 5,000 communities in the West found many facing a far greater risk of a catastrophic fire than Paradise. That includes Payson, Star Valley and Pine.

On top of the Paradise story, this new council has a council member on the Firewise committee and a council majority that has never voted on working wildfire protections into the building code. The committee has worked since the last failed council vote to customize the International Wildland-Urban Interface fire code to fit Payson’s needs. Flagstaff and Prescott have already adopted such a code, prompted by wildfires that nearly destroyed their communities. That includes the Yarnell Hill Fire, which killed 19 Prescott firefighters.

Most of the changes to the building materials had to do with venting the attic and basement.

The tricky part, to avoid mold, air must flow through both the attic and basement. Winds play a significant role in wildfire, so the code has requirements to keep wind-wafted embers from getting into attics and basements.

The debate discussed the benefit of screens versus just boxing in eaves or even attics.

Gary deSzendeffy made sure to “advocate about local materials being available” before the committee turned the requirements into a code change.

Typically, WUI codes also include things like enclosing the undersides of a porch attached to the house — so embers won’t set the porch on fire, taking the house with it.

WUI codes also require materials that are slower to catch fire when embers land on them — or when exposed to radiant heat from a burning tree or the house next door threatens a house.

Studies show that a WUI code can keep flames from spreading from house to house.

The WUI rules would apply to new construction or major remodels, not to existing homes. Payson’s population is now about 15,000 and the build-out population will probably come closer to 40,000. That means roughly two-thirds of Payson’s housing stock isn’t yet built — and could be protected by the adoption of a WUI code.

The Firewise ordinance has to do with the vegetation around the home.

It also has to do with the vegetation around town.

It doesn’t much matter if only one neighbor on the block cleans up their yard.

The Firewise committee has worked hard to explain that Firewise doesn’t mean moonscape. Instead, Firewise seeks to remove the direct danger to the home by pushing most vegetation five feet away from direct contact with the home.

In the next 30-foot-wide zone, landscaping should include shorter ornamental trees, bushes and ground cover.

Then in the next 100 feet, landscaping can include the ponderosas, pinyons and junipers. This means branches won’t overhang roofs, dropping onto the roof easily igniting pine needles and embers from burning branches.

Removing all that brush, however, requires time, money and good health, something many retirees don’t have.

Neither Staub nor McCully talked about the town funding brush removal. In the past, grants have been used to clear large chunks of land, such as the MHA Foundation’s property along Highway 260. Individuals may also use that grant, but the town would need to administer the process.

McCully hopes the community prefers to tackle the Firewise issue through cooperation.

“Public education is the first and best tool to gain cooperation,” he said.

But he also realizes, “there will always be a segment of the people who either do not pay attention or refuse to cooperate until there are consequences,” he said.

A picture of the suggested landscaping that is firewise compliant.

A draft of the firewise ordinance.