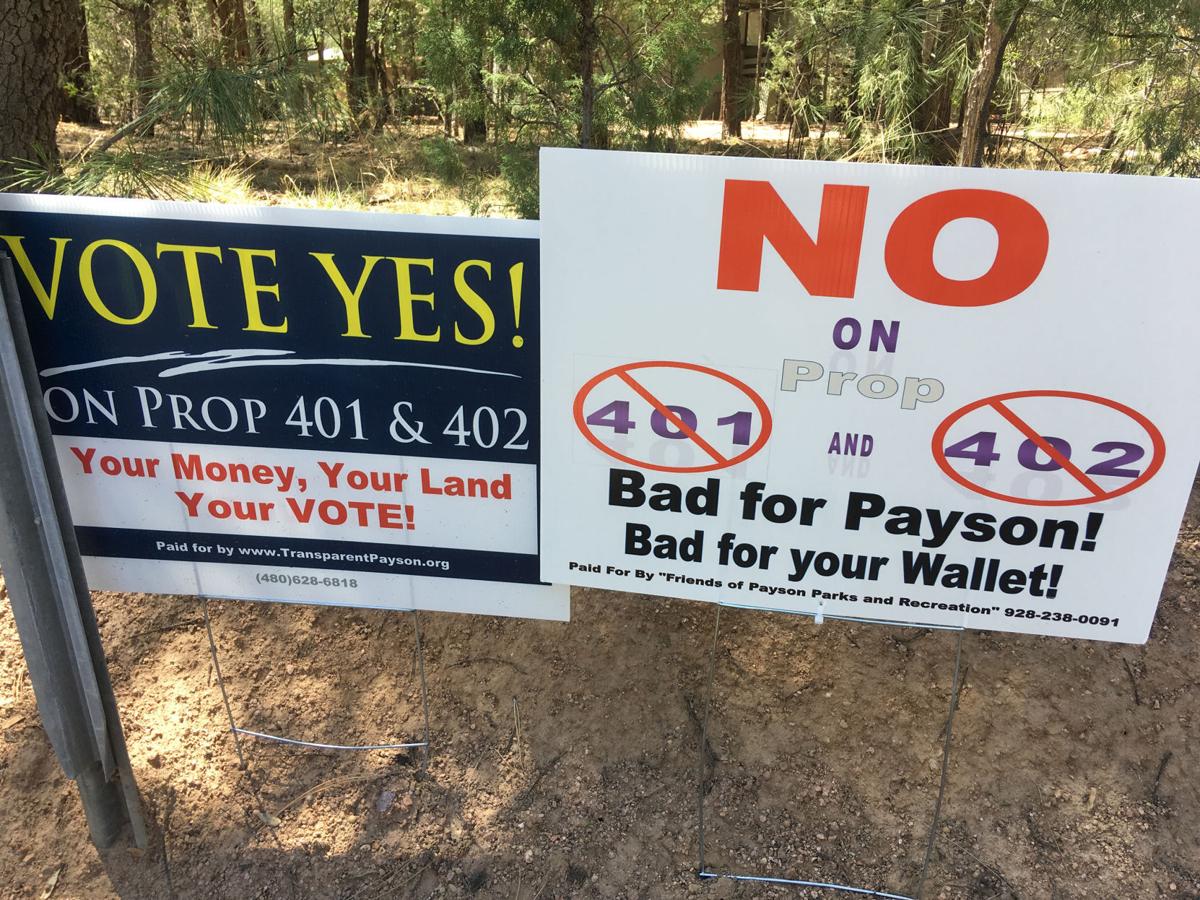 In 2018, residents passed Propositions 401 and 402 by 60%. Now the town council found out, those propositions might be unconstitutional. 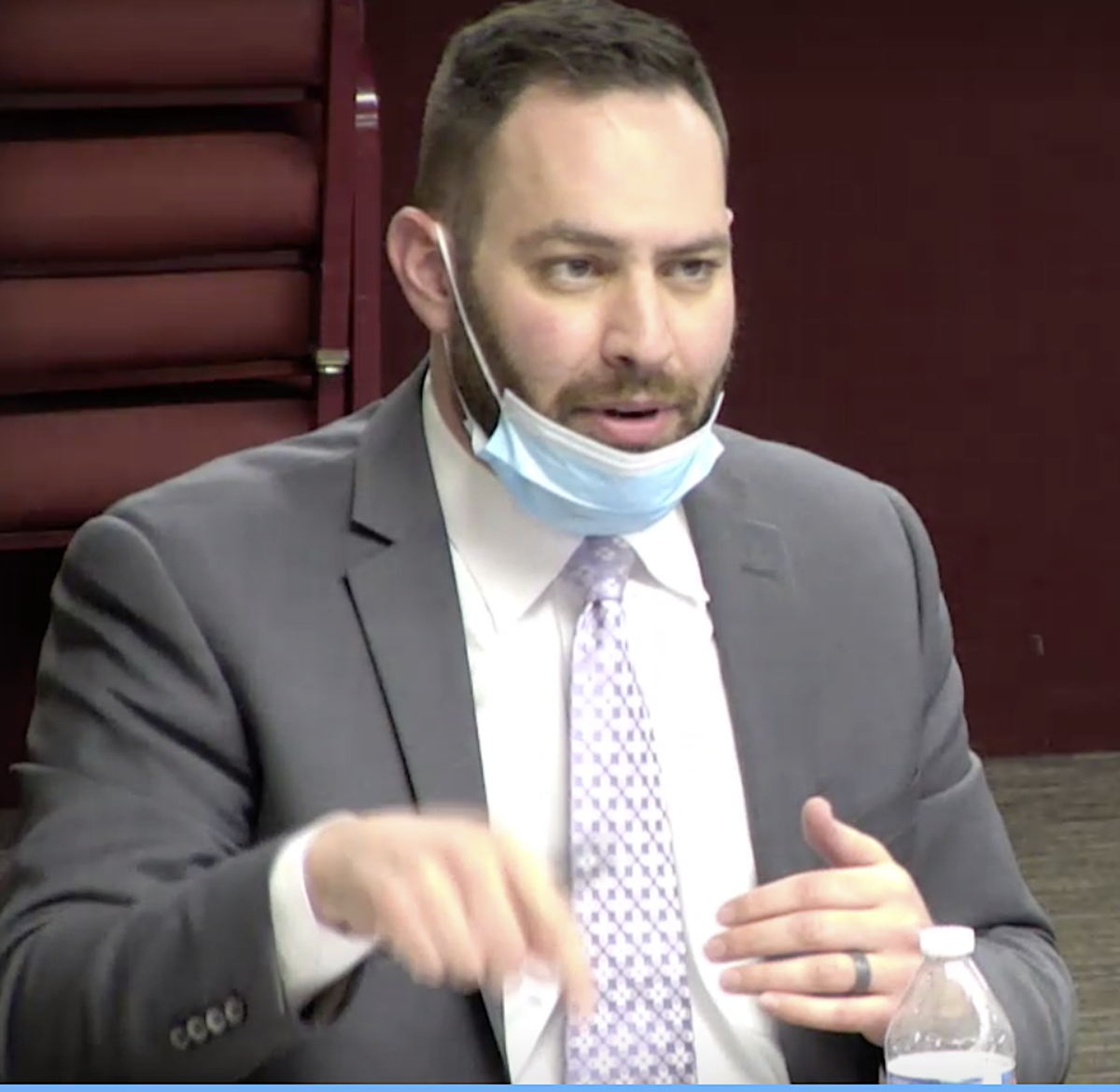 Mayor Tom Morrissey (right) and Councilor Suzy Tubbs-Avakian (center) voted to support the town code that implements Propositions 401 and 402. “The people have spoken on this issue by a pretty big majority. So, I will not support doing anything other than respecting the will of the people,” said Morrissey.

Vice Mayor Chris Higgins (right) advocated for removing the town code that implements Propositions 401 and 402. “I just don’t feel that it’s right to have that on (the town code sections) because that isn’t the reality. That’s the perception, but that’s not true,” he said.

The Payson Town Council will explore ways to pull Propositions 401 and 402 from the town code after the town’s contract attorney advised the voter-approved measures are probably unconstitutional.

Those two propositions, passed in 2018, require the council to seek voter approval for expenditures greater than $1 million.

Contract Town Attorney Aaron Arnson told the council at its Feb. 11 meeting that he believes previous court rulings suggest the propositions go beyond the powers granted through the Arizona Constitution and its statutes “to refer matters to voters,” he said.

“So … we’re left in this kind of awkward position where we have provisions of a code, that give council referral authority that the council doesn’t have by the Constitution or statute,” he said.

The two propositions won with a 60% majority during the 2018 election. The propositions require the town to seek voter approval before entering contracts or leases totaling more than $1 million.

The propositions took aim at a proposed contract with a private prep school to renovate and upgrade Rumsey Park to create a swim and ice skating center and playing fields the school could then lease. Mayor Tom Morrissey and Councilors Suzy Tubbs-Avakian and Jim Ferris made support of the propositions the cornerstone of their campaigns.

However, the council discovered the unconstitutionality of the propositions when it sought to purchase two new fire trucks in late 2019 for $1.4 million, said Arnson.

At the time, he advised the council the state Constitution does not require the council to put purchases such as fire trucks to a vote. In response, the council unanimously voted to buy the two trucks.

But the legality of the propositions in other situations remained outstanding.

The proposal to rewrite the town code to nullify the voter-approved measure split the council, with Morrissey and Tubbs-Avakian voting to uphold the will of the voters.

“The people have spoken on this issue by a pretty big majority. So, I will not support doing anything other than respecting the will of the people,” said Morrissey. Tubbs-Avakian agreed.

The other five council members said, in part, that they felt it left “a false perception” and seemed “disingenuous” to have sections of the town code that seem to say all such contracts require a public vote if the town doesn’t actually have the legal authority to abide by the propositions.

“I just don’t feel that it’s right to have that on (the town code sections) because that isn’t the reality. That’s the perception, but that’s not true,” said Vice Mayor Chris Higgins. “So, that’s where I feel it would be best to have these removed from our code.”

But Arnson stopped short of recommending a course of action.

“I’m here to present that legal situation and help the council understand. Now you have these two provisions of code and I guess next is to determine what direction to take and what to do about it,” he said.

Ferris asked if the code could be re-written to accommodate the constitutional and statutory limitations.

Arnson said neither he nor his colleagues had any ideas on how to do that.

Arnson cited a recent court case that overturned a voter-approved initiative as an example of possible remedies. The voters in the town passed an initiative that would have limited council terms. Arnson said in that case, the court ruled that general law towns like Payson — as opposed to charter cities — can’t go beyond what’s already in state law.

“What the court concluded in that case was the statutes and the Constitution of this state don’t say you can impose term limits on council members. It says, here are the qualifications for council members, but it includes no term limits. Therefore, the initiative couldn’t have had a legal effect because there isn’t a statute or Constitution that says that you can do that,” he said.

In that case, the Arizona Legislature later gave towns the right to impose term limits, but a town council in a general law city didn’t have the ability to do that on its own.

The Payson council on a 5-2 vote then directed the town staff to draw up a resolution to remove the titles and sections from the town code relating to Propositions 401 and 402 to discuss the matter at a future meeting.

Once again, the author of this article puts her own 'spin' into the article, leaving no doubt in the minds of the readers, where she stands on this issue. In this article, she writes, "The propositions require the town to seek voter approval before entering contracts or leases totaling more than $1 million." This is a patently false statement. One propositions only addresses the leasing of the town property, and has no mention of a dollar amount. The other proposition, requires a vote of the Payson citizens when any debt instrument, over $1,000,000,000.00 ALSO INCLUDES a 'double barrel' provision, in which a bond, posing itself as a "revenue bond" could revert to a "general obligation bond" if revenue is not meant, with the debt falling upon the taxpayers. If the 'double barrel' option is not in the bond, the proposition does not come into play. And keep in mind, these propositions passed by over 60%. No sitting council member has been elected by this margin. Thus, the attempt to go around the voters on this issue.

I am appalled by the arrogance of the majority of the town council who are blatantly trying to negate the will of the citizens of our town. The voters made it very clear that they do not want the council to circumvent their approval or even involvement when it comes to making large expenditure decisions. We need to identify who the power players are who are behind the effort to get rid of the two propositions. I say follow the money. And on a parallel path, let us get more legal opinions. This guy seems like he is groping for some creative way to rationalize what the anti-Proposition players want.

The tortured reasoning of the attorney fails all previous understanding of law. While an inferior level of government cannot preempt superior law, where the superior governance is silent, the inferior government can act. That has been and still remains a core principle of our country. The attorney's comments are only used for those who do not like the underlying principle of our country - The government is by, of and for the people, not the other way around.

The People Have Spoken in their vote . We The People will also repeal the Grocery tax and the State of Arizona has legislated the end of the Grocery Tax so if We the People repealed it in a Innitiative would the council try to undo it . I believe the Az Courts would uphold the will of the people as it also should in the propositions that were passed .