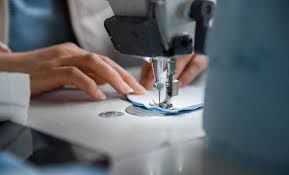 Payson Town Council member Jim Ferris spun the idea of the town tailoring a new industry in response to the pandemic during the council’s comment period at its April 23 meeting.

He said the idea would cost the town nothing.

A local resident contacted Ferris to ask “if we could apply for a grant that would open a business in town” to sew masks, gowns and other personal protection equipment.

Ferris explained the grant would not only provide sewing machines, but experts who “will come in and train and work with people to get them up to speed and going on it,” he said.

Ferris did not indicate if the state or federal government would provide the grant.

He said he did think the federal government would support the effort to bring jobs to the local area, especially jobs that secure a needed resource.

“It’s especially to bring — I would think, the federal government would be interested in this kind of grant too, because if we could be making that stuff in the United States and Payson Arizona United States — I think that would be a huge benefit to bring jobs from ... China has a big supply of these things,” he said. “They’re hoarding it and they sell it at substantial profits right now and they’ll — they, you know hold this material, these things hostage to the rest of the world.”

So far, only states have indicated they will provide grants to make PPE.

At the grassroots level, the Association for Preforming Arts & Entertainment Professionals told its members “some states are offering to provide support to businesses that are able to make masks and gowns.”

Ferris made his comments during the portion of the agenda that provides the council members an opportunity to make announcements. No action was taken.