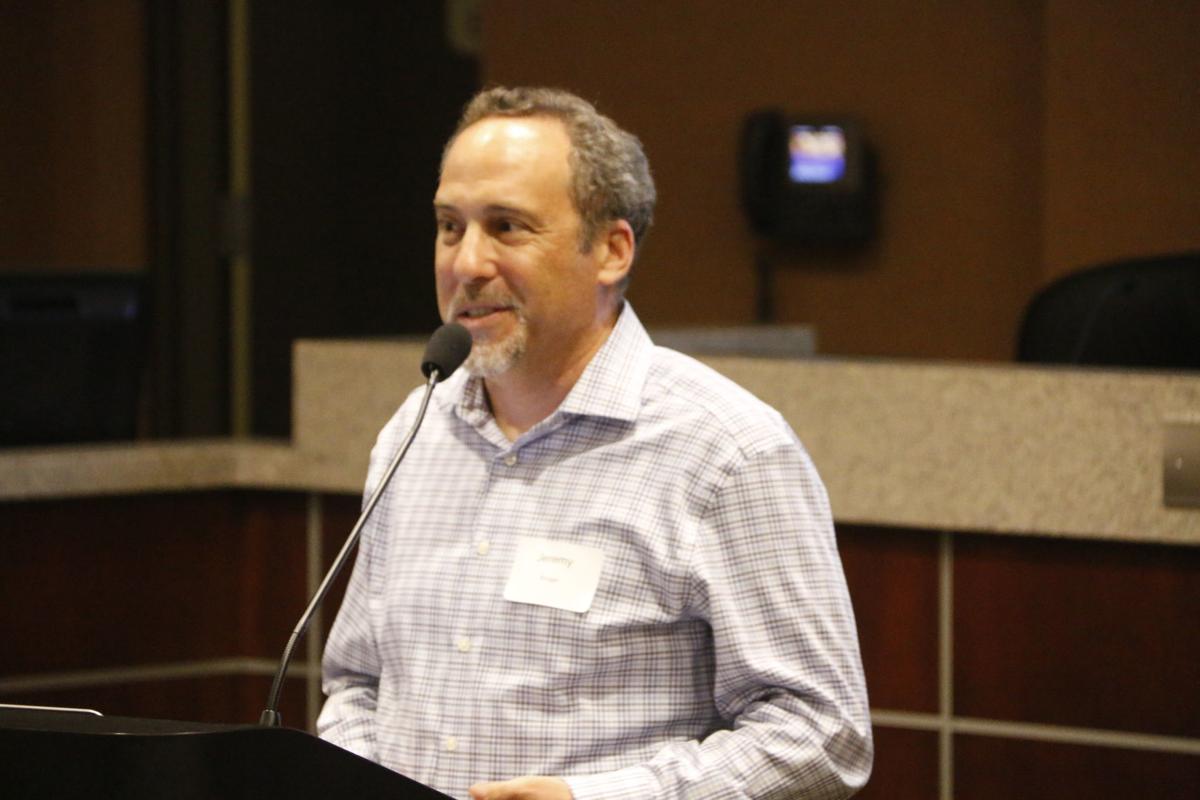 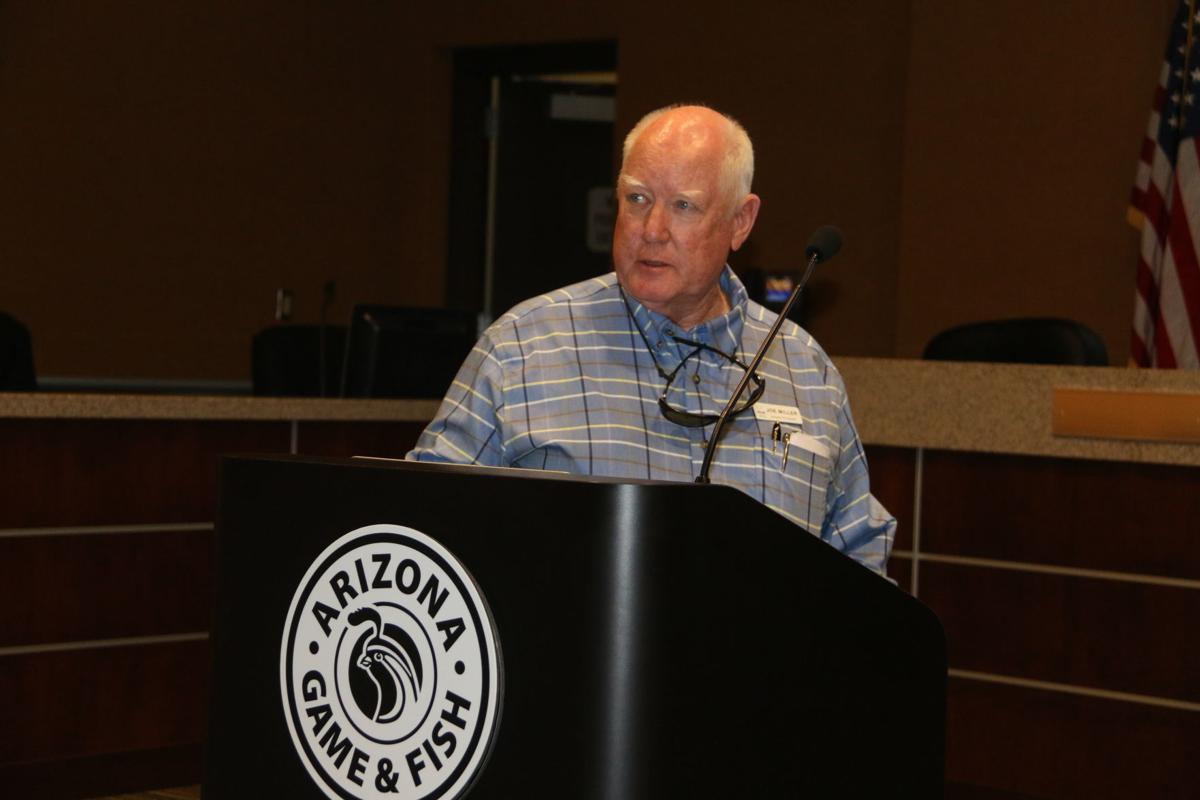 Back into the breech, dear friends.

It would be almost funny if the long-term survival of the forests of northern Arizona and every community in that forest didn’t hang in the balance.

Newly appointed head of the Four Forest Restoration Initiative (4FRI) Jeremy Kruger struck an optimistic note about the future of a forest thinning and restoration project that remains nearly a decade behind schedule at a recent meeting in Phoenix focused on the restoration of native trout in the Southwest.

“We’re very optimistic,” he said. “Nobody wants to see 4FRI fail. Everyone wants to see this effort succeed. It’s been going on for a decade and will continue for many more years.”

Joe Miller, with Payson Flycasters and one of the key stakeholders in the 4FRI effort, also did his best to look on the bright side. He pointed out that 4FRI aims to restore some 4,000 miles of endangered and degraded streams by thinning the thickets of trees that have not only dramatically increased stream-smothering crown fires, but have sucked up water that used to feed those streams.

He said the Forest Service has pioneered a streamlined environmental review process that will soon have cleared a million acres for thinning. The approach relies on coming up with an overall design for the forest that can be quickly applied to individual thinning projects — including an innovative “toolkit” of options to restore streams.

Sounds good. Except the succession of contractors selected to undertake those projects by the Forest Service has in the eight years only cleared about 15,000 acres. The original plan called for the contractors to thin and restore 50,000 acres annually — which should have added up to 400,000 acres by now.

In the meantime, yet another company now owns the contract to thin the first 300,000 acres of a project that could eventually encompass millions of acres in northern Arizona. Ponderosa pine forests from the Grand Canyon to Alpine once harbored perhaps 50 trees per acre. After a century of logging, ranching and fire suppression, tree densities now average more like 500 to 1,000 per acre. This has not only led to a sickly, beetle-plagued forest, it threatens crown fires like the one last summer that destroyed Paradise, Calif., killing 86 people.

The 4FRI effort represents the only program on the horizon likely to prevent a runaway crown fire from eventually consuming communities like Payson and Show Low.

Washington-state-based logger Tom Loushin and his former logging company have completed a merger with Good Earth Power, which has held the primary 4FRI contract since 2013. The company has thinned perhaps 15,000 acres in that time, although the contract calls for a pace of 50,000 acres annually.

Loushin has spent 40 years in the logging business in the Pacific Northwest and Alaska. The Forest Service hopes he’ll bring the hands-on industry experience previous contractors have lacked. Preliminary plans include following through on Good Earth’s long touted, long-delayed plan to build a lumber mill in Williams that can turn a profit on milling the millions of small trees that now plague forest managers.

The 4FRI contract on the initial 300,000 acres was originally awarded to Pioneer Forest Products in 2012, but that company sold the contract after a year to Good Earth – controlled by a group of investors from the Middle East with extensive logging experience. Early plans to turn the saplings and logging slash into jet fuel never panned out.

The new contract holders say they have plenty of markets for lumber and products made from trees 12 to 18 inches in diameter, but still must figure out what to do with the millions of tons of biomass produced by restoration and thinning projects. Biomass represents about half of the material removed in a thinning project, which leaves most of the trees larger than 18 inches in diameter behind.

Arizona Public Service recently completed a study on generating electricity from burning biomass that concluded the chief obstacle remains ensuring a steady, 20-year supply of saplings and wood scraps from perhaps 61,000 acres per year, which would generate 28 million tons of biomass annually. Since burning biomass would cost more than adding natural gas powered plants, the cost would add between $1.54 and $4.13 per month to the average homeowners bills.

However, that cost doesn’t include the benefits of averting megafires. Last summer and fall, megafires in California not only killed 86 people they destroyed 19,000 homes and businesses and cost $12 billion. The Forest Service spends $3-$4 billion annually just fighting wildfires – a roughly 10-fold increase in the past decade.

The Black & Vetch study wrestled with the cost of processing the millions of tons of biomass without a huge taxpayer subsidy. Much of the debate about an ACC requirement that power companies burn biomass has focused on an APS proposal to convert Cholla from coal to biomass.

However, the Black & Vetch study suggested the most economical approach may involve building new, smaller biomass power plants in Payson or Winona, to cut transportation costs for the bulky, low-value biomass to the power plant.

In the meantime, the new 4FRI head will try to get the project moving again – with the help of the unusual coalition of loggers, environmental groups, foresters and local officials that has driven 4FRI. The stakeholders ended decades of stalemate and lawsuits when they agreed to focus on creating a regional timber industry focused on making a profit on the millions of small trees and massive amount of biomass clogging and endangering the region’s forests.

Kruger, a former hotshot firefighter, said “the goal is to restore the structure, pattern and health of the region’s forests, while reducing fuels and the risk of catastrophic wildfires.”

He added, “The sense of urgency is palatable,” he said. “The partnerships and list of stakeholders is as broad as anything I’ve ever seen in the U.S. I worked the Wallow Fire and the Whitewater-Baldy fires. They’re a stark reminder of what’s at stake. The urgency couldn’t be clearer.”

Miller said the new approach to environmental analysis and the willingness to involve a wide array of groups like Trout Unlimited give him hope. “We’re going to see another draft environmental impact statement this summer – and it’ll be thick. But there are already a lot of local projects throughout Rim Country and the White Mountains” to restore riparian areas. “There’s a lot going on across the forest landscape.”