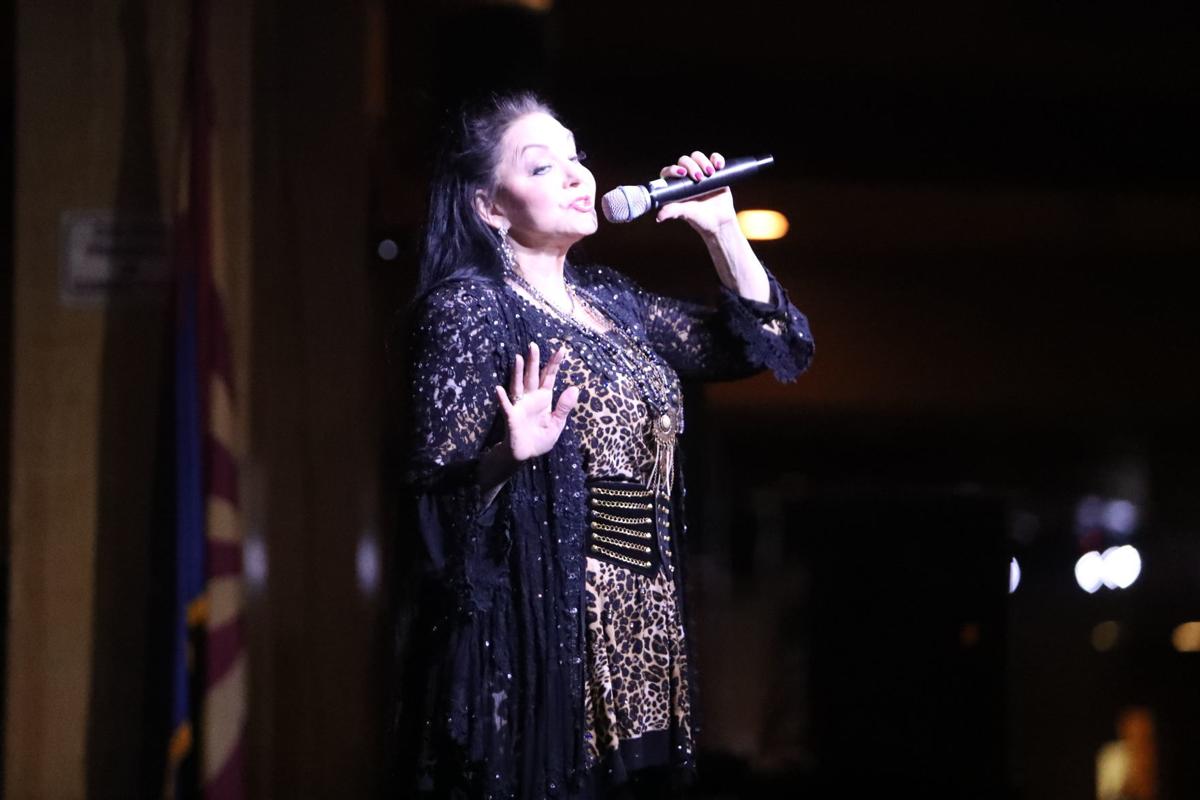 Crystal Gayle has been performing for some 50 years. A six-piece band backed her during Saturday’s performance, which included her biggest hit, “Don’t it Make My Brown Eyes Blue.” 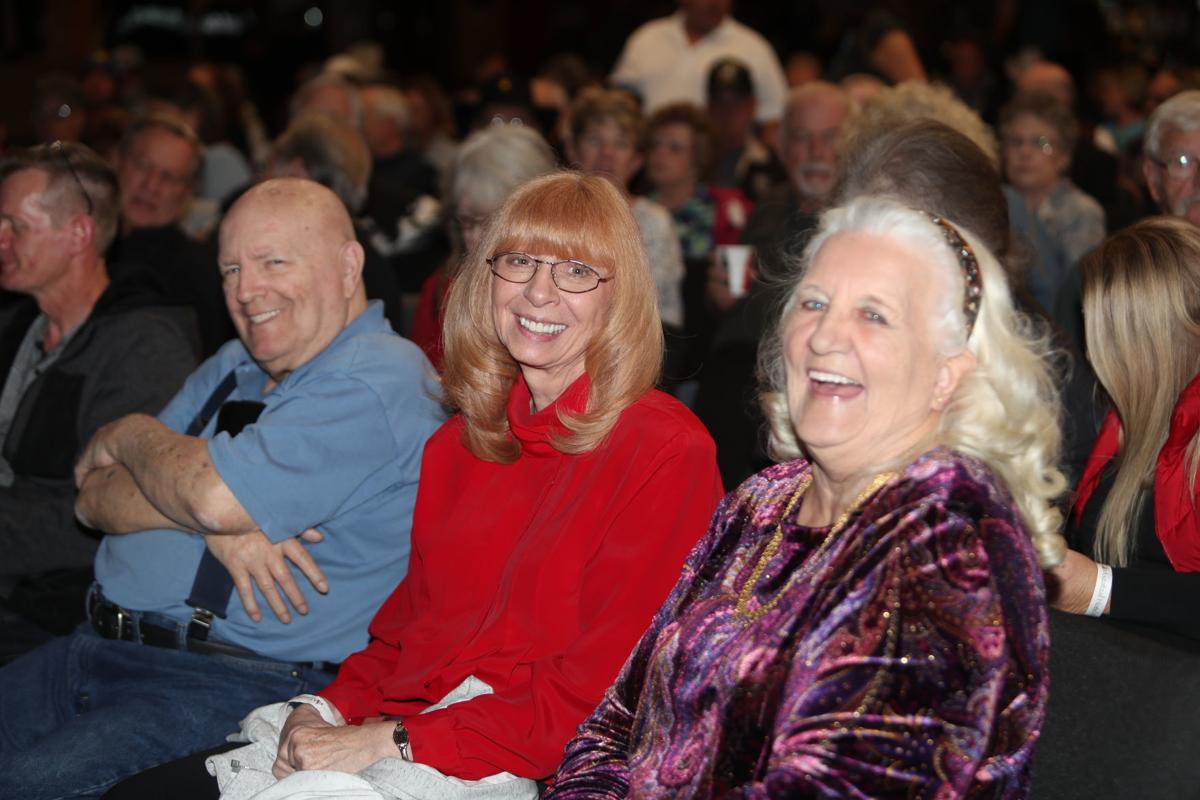 Crystal Gayle delighted the crowd of 600 people at the Mazatzal Hotel & Casino Saturday night. She performed for 90 minutes. 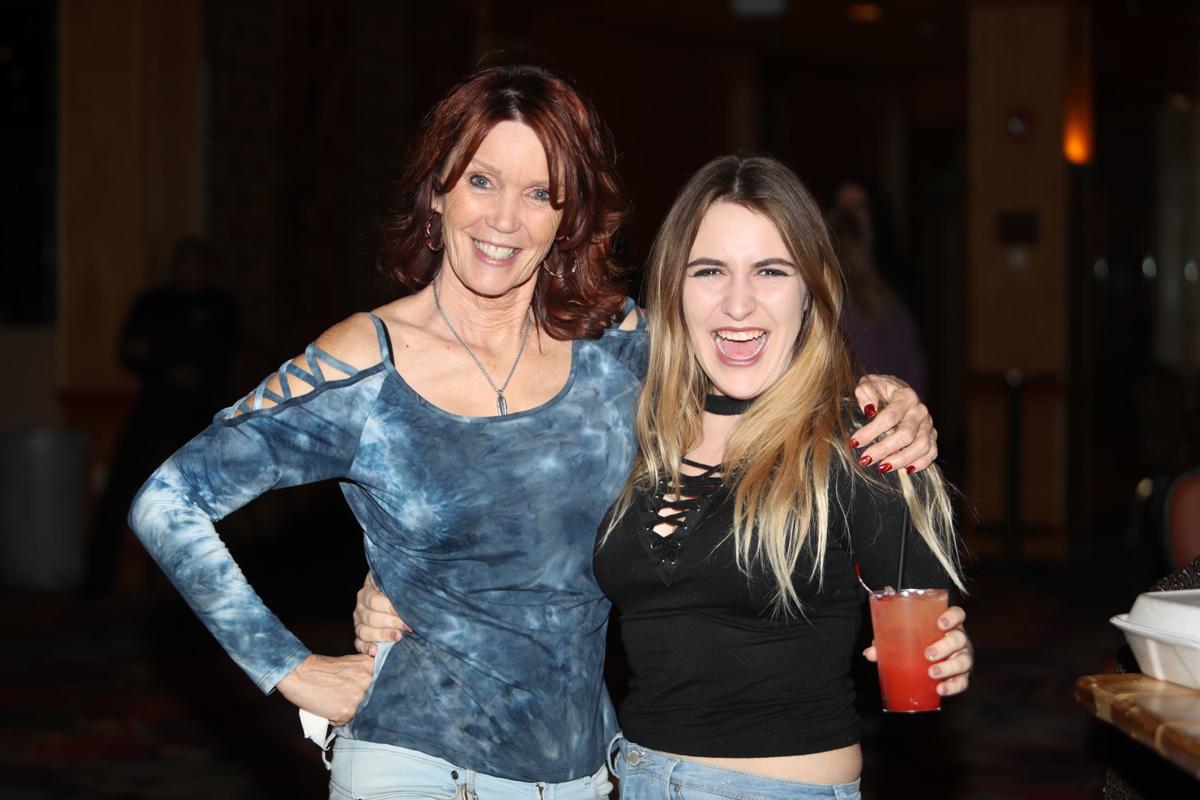 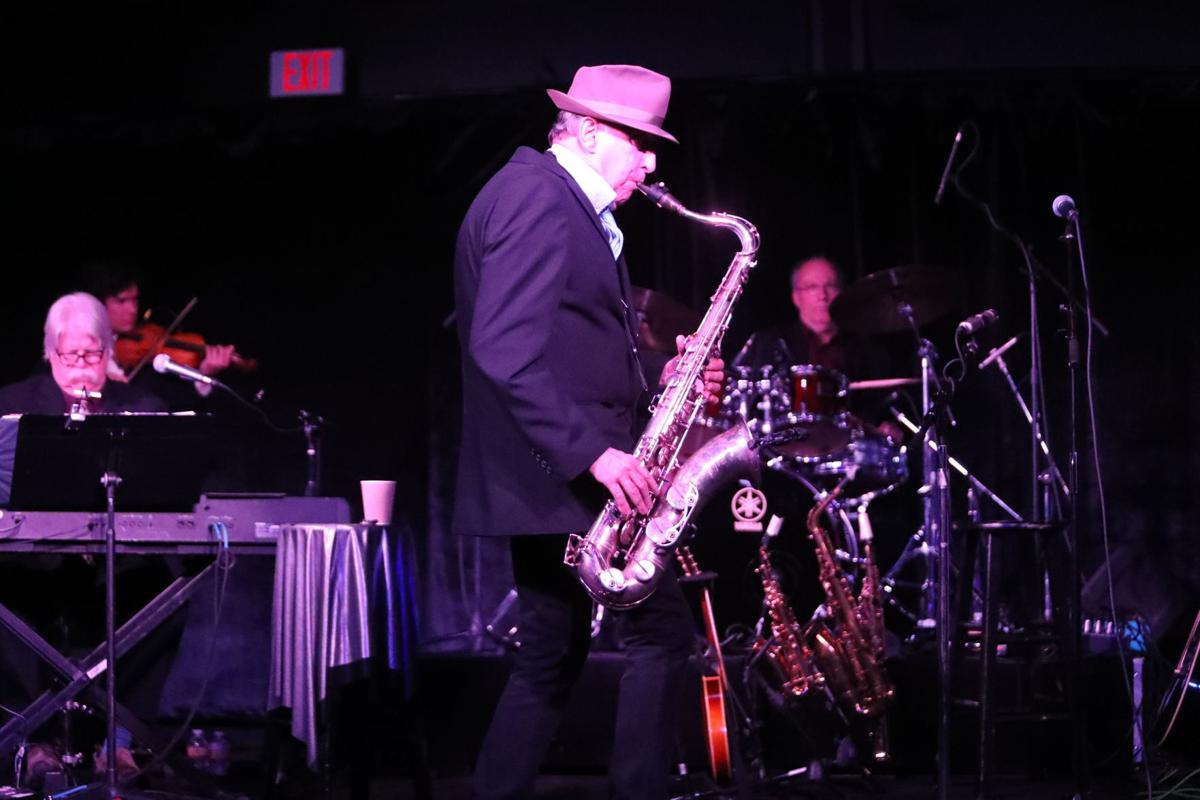 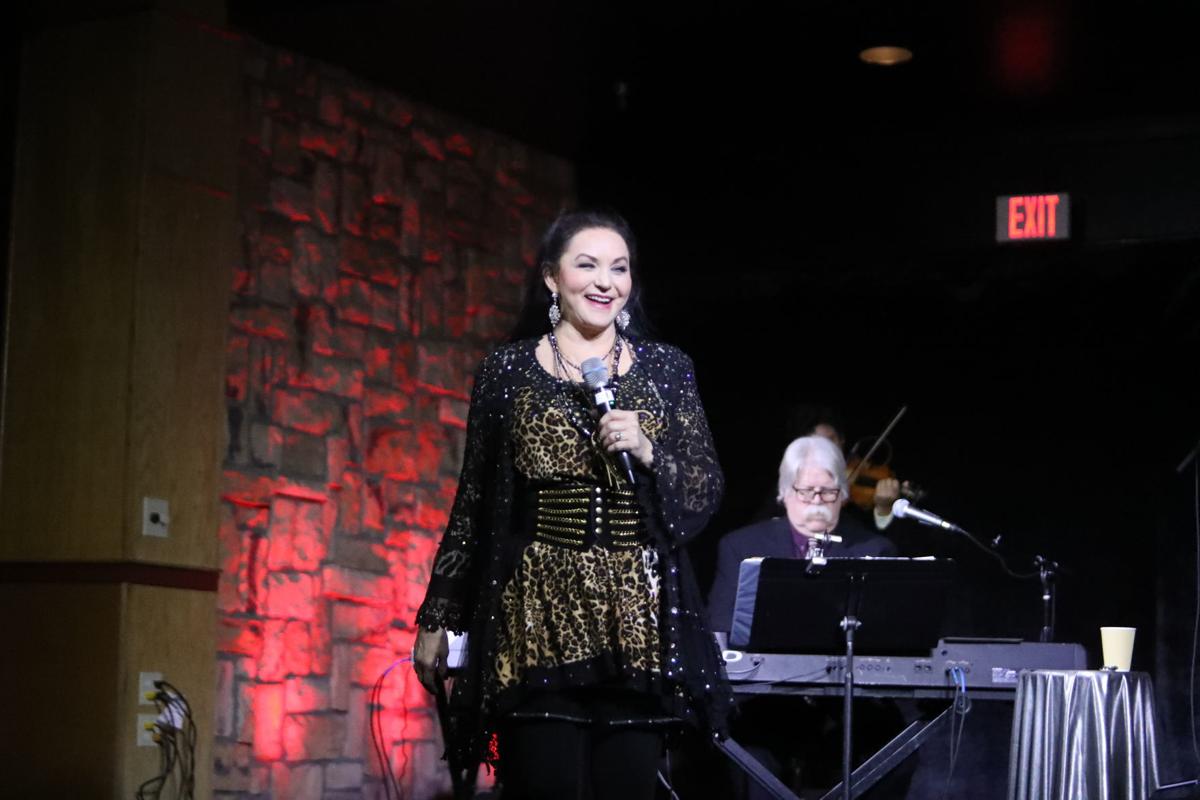 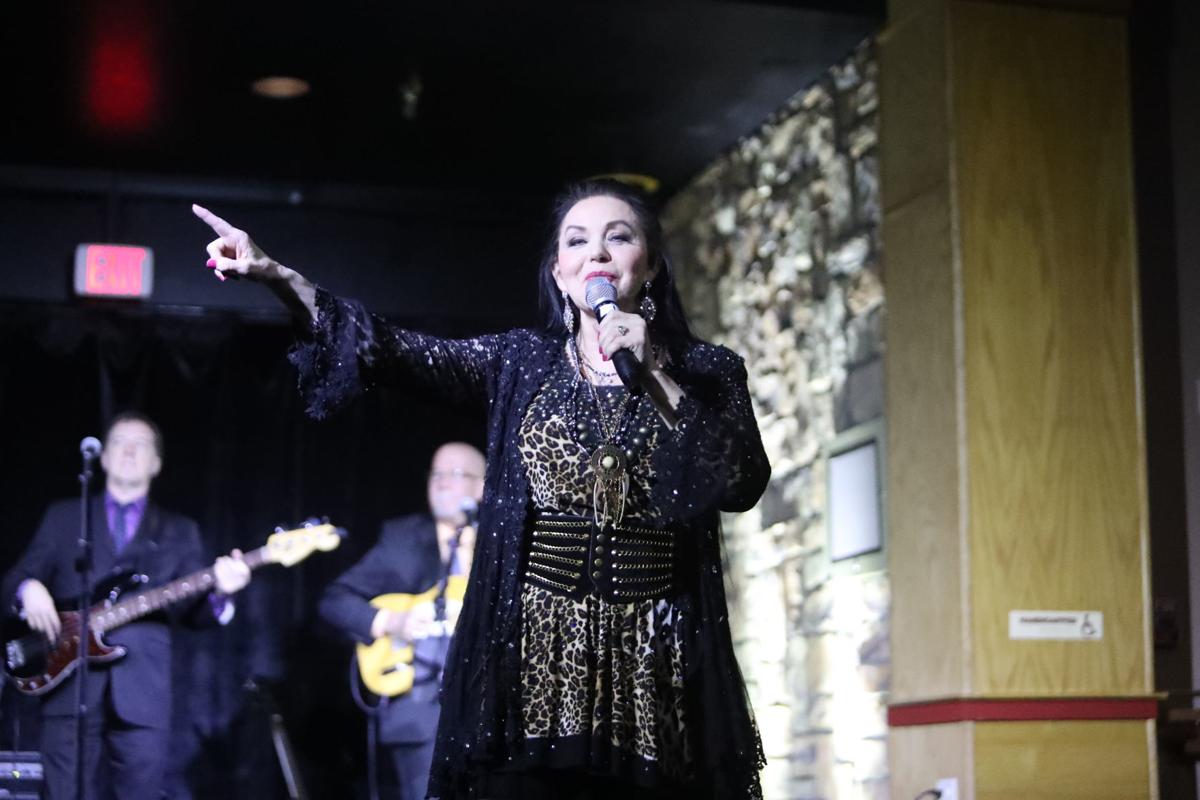 Crystal Gayle has been performing for some 50 years. A six-piece band backed her during Saturday’s performance, which included her biggest hit, “Don’t it Make My Brown Eyes Blue.”

Crystal Gayle delighted the crowd of 600 people at the Mazatzal Hotel & Casino Saturday night. She performed for 90 minutes.

A superstar — with a work ethic.

Down home — and glamorous.

How do you manage that?

Well, maybe you make jokes with your sister, sing your heart out for the sheer love of it — and maybe never forget you’re a coal miner’s daughter.

Anyway, you figure it out — Crystal Gayle delighted the 600 people gathered at the Mazatzal Hotel & Casino last weekend, performing a flawless, 90-minute set, and playing off her wise-cracking, songwriting sister Peggy Sue.

Of Cherokee descent, Gayle, 69, has been performing for 50 years since becoming a country and pop icon in the 1970s. On Saturday in Payson, she performed with charm and consummate professionalism, backed by a six-piece band of world-class musicians.

She’s just my age — but has held up way better. She launched her career in the shadow of her already famous sister Loretta Lynn, who advised her to find her own style. So Gayle selected songs that showcased her pure, soaring, yearning voice to become one of the early country-pop star crossovers — the same path traveled more recently by Taylor Swift.

She achieved her single biggest hit with “Don’t It Make My Brown Eyes Blue” in 1977, which topped the Billboard country, made No. 2 on Billboard’s Hot 100 and became an international hit as well. Since then, she has won a Grammy, two Country Music Association awards and three American Music Awards. Rolling Stone ranked her among the 100 greatest country artists of all time and CMT ranked her as one of the 40 greatest women of country music. She has her own star in the Hollywood Walk of Fame and was inducted as a member of the Grand Old Opry in 2017.

I discovered her in college and then raising a young family. She led me from the Beatles and Rolling Stones into country music, with her floor-length hair, beauty and the haunting purity of her voice, full of yearning and courage and loss.

Standing in the back of that sold-out concert last weekend, I remember all those songs, touchstones to my life — “Talking in your Sleep,” “Ribbon of Darkness,” “Ready for Times to Get Better,” “Why Have You Left the One You Left Me For” — on and on.

Sitting in the crowded casino ballroom, I felt dismayed that 50 years had flashed past so quickly. I remember buying that first record album — playing “Don’t It Make My Brown Eyes Blue” repeatedly, coping with my own heartbreak.

Don’t know when, I’ve been so blue.

Don’t know what’s come over you.

You’ve found someone new and

Suddenly, it’s 50 years later. My kids are grown, with all their own heartaches and memories. My grandkids will be old enough for heartbreak soon. How did it happen so fast?

But then, I watched her moving across that stage, savoring the music. She played to the crowd. Joked with her sister. Teased her backup musicians — each loving the music. She’s still doing what she loves — although I imagine she doesn’t have to anymore. She still gets up and hits the road. Still offering that gift, a survivor through all the years and all the changes. She ranged through musical styles, folk and country and jazz and torch and gospel and pop, moving through at least 11 producers.

The youngest of eight children, her father died of black lung disease — but his girls lived out the American dream, with talent and hard work and joy.

So I gave myself over to the music, letting the years wash away — remembering everything — a whole life lived. I’m just happy to have fetched up finally in Payson. It seems right somehow that we coincided here for an evening — me and Crystal, down along that long road.

We learned about yearning.

And we learned about joy.

And we learned you just get up and go on – and do the thing you love.