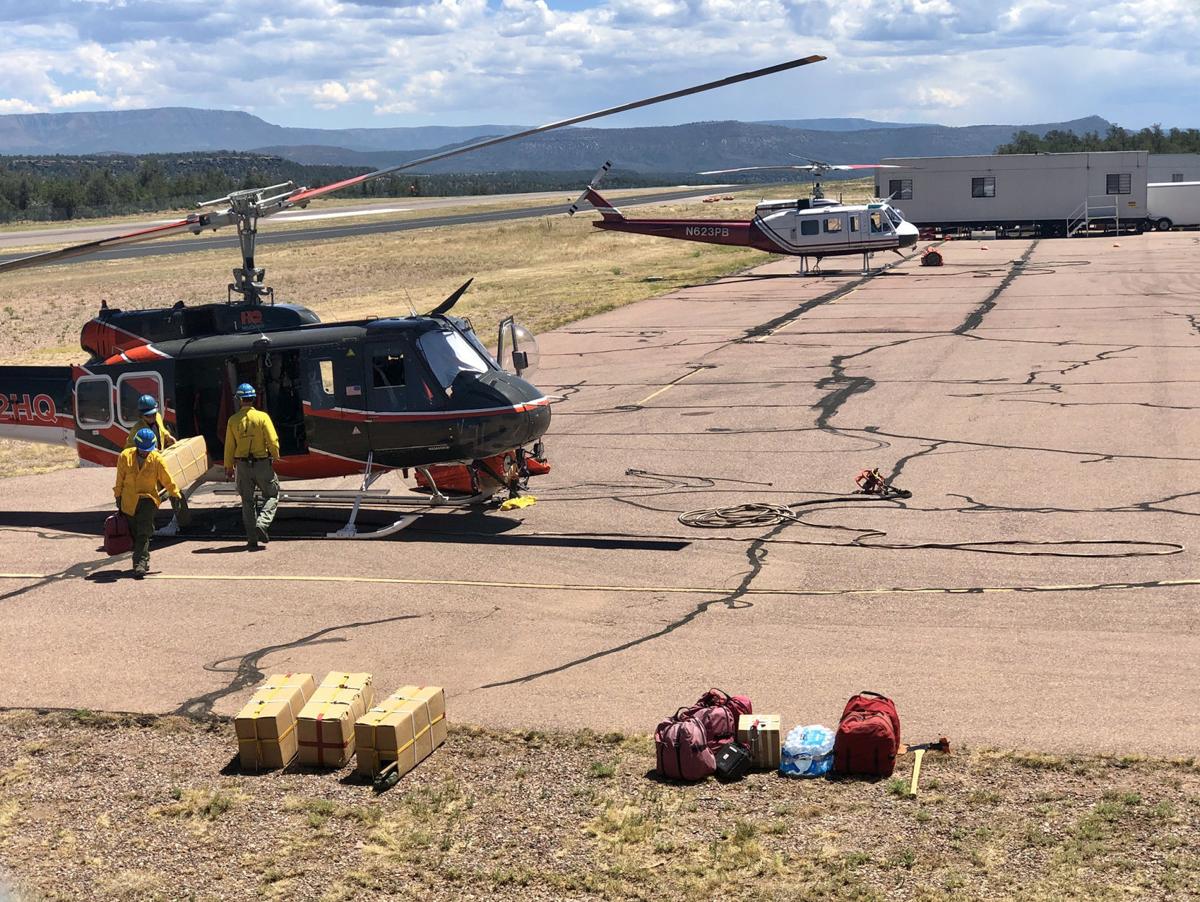 Crews on July 5 load up supplies at the Payson airport for the Polles Fire. The helicopter that Bryan Boatman flew is in the background. 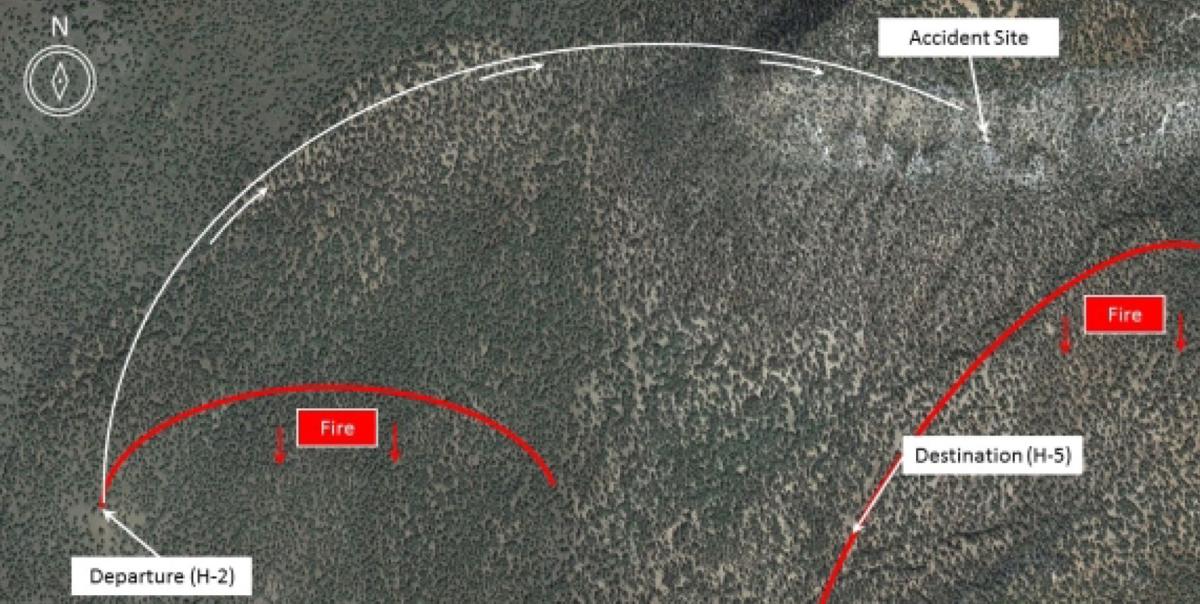 Depiction of the helicopter flight path based on witness statements.

Crews on July 5 load up supplies at the Payson airport for the Polles Fire. The helicopter that Bryan Boatman flew is in the background.

Depiction of the helicopter flight path based on witness statements.

Additional information has emerged in the fatal helicopter crash that occurred during the Polles Fire in July.

Investigators found pilot Bryan Boatman, 37, had successfully transported three loads of supplies to firefighting crews on the ground on July 7. On his fourth run, ground crews watched as Bowman’s helicopter began to fly erratically, ultimately crashing north of the fire, according to a preliminary report from the National Transportation Safety Board.

The accident happened around noon, several miles west of Payson on the Polles Mesa, where a lightning-sparked wildfire had started four days prior.

Given the remote location, ground crews had to be shuttled in daily along with supplies. Aircraft were also dropping water and retardant on the fire, which officials worried could move northeast toward Pine-Strawberry and the Tonto Natural Bridge.

Boatman was transporting supplies using a long line to a Hotshot firefighting crew that was repositioning on the ground, according to the report.

“The pilot transported three loads to the new destination uneventfully prior to the accident and had been using an indirect route to the north to avoid a fire area,” according to the report. “While transporting the fourth load, witnesses observed the helicopter begin to fly erratically while en route to its destination.”

A witness reported seeing the helicopter enter a high nose-up pitch and the external payload swung.

The helicopter then displayed irregular movements for several seconds before the external payload settled and the helicopter appeared to stabilize.

“However, after about 3 seconds, multiple witnesses observed the helicopter wobble and bank erratically before it entered a steep nose up altitude and then descended rapidly.”

Witnesses said it did not appear the helicopter was on fire and Boatman did not report any anomalies over the helicopter crew’s common air-to-ground radio frequency or any other assigned frequencies for the fire.

The helicopter’s external payload was found 123 feet southeast of the main wreckage.

“This tragic loss is a reminder of the ever-present dangers faced by those battling wildfires,” said Gov. Doug Ducey in a statement. “As a helicopter pilot, Bryan Boatman was carrying out a service to the people of Arizona alongside the men and women fighting the Polles Fire. He performed his duty with honor and bravery, and it will be remembered as such by our state.”