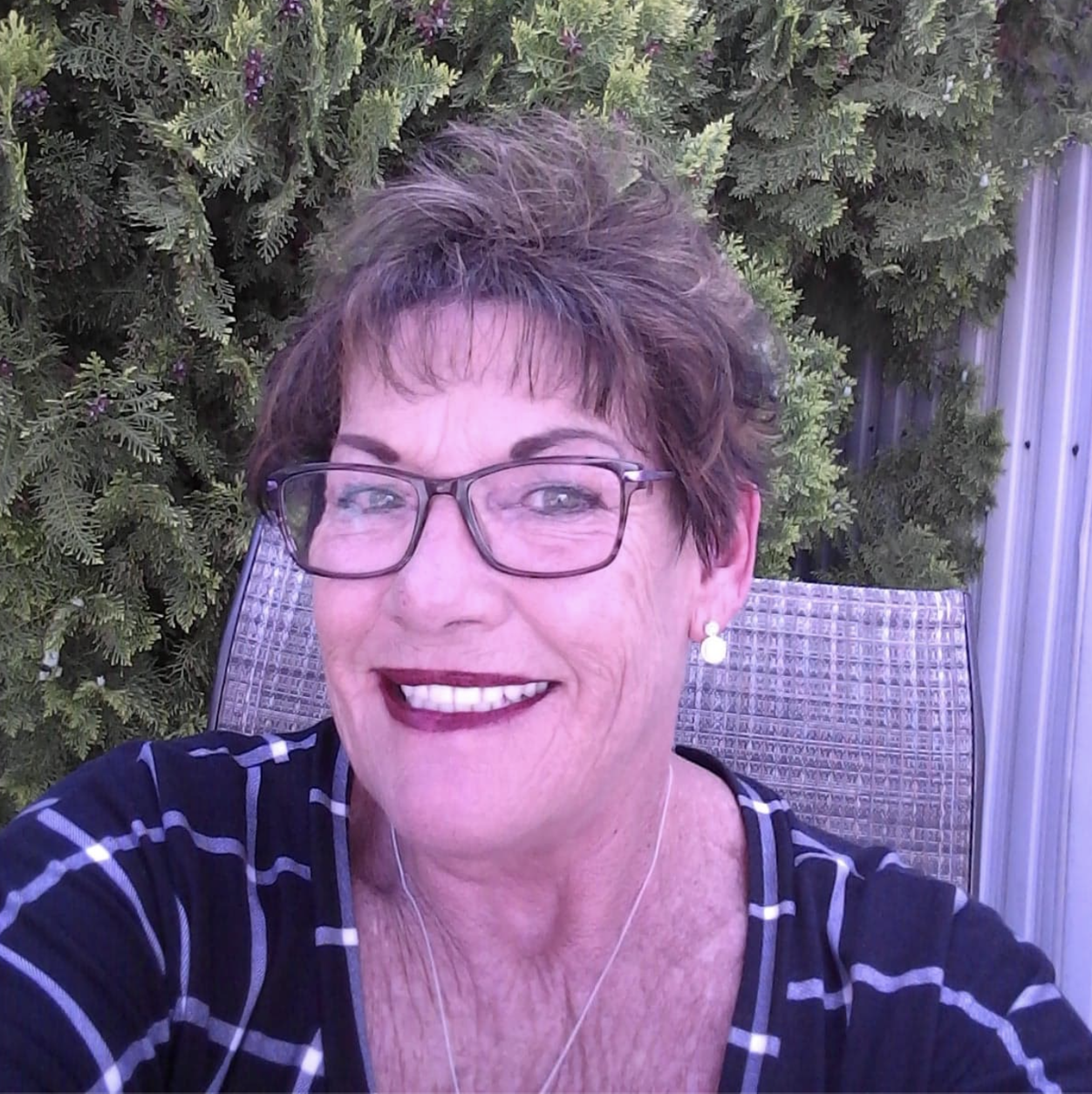 The Time Out Shelter will have a new CEO in July after Edna Welsheimer retires on June 26. 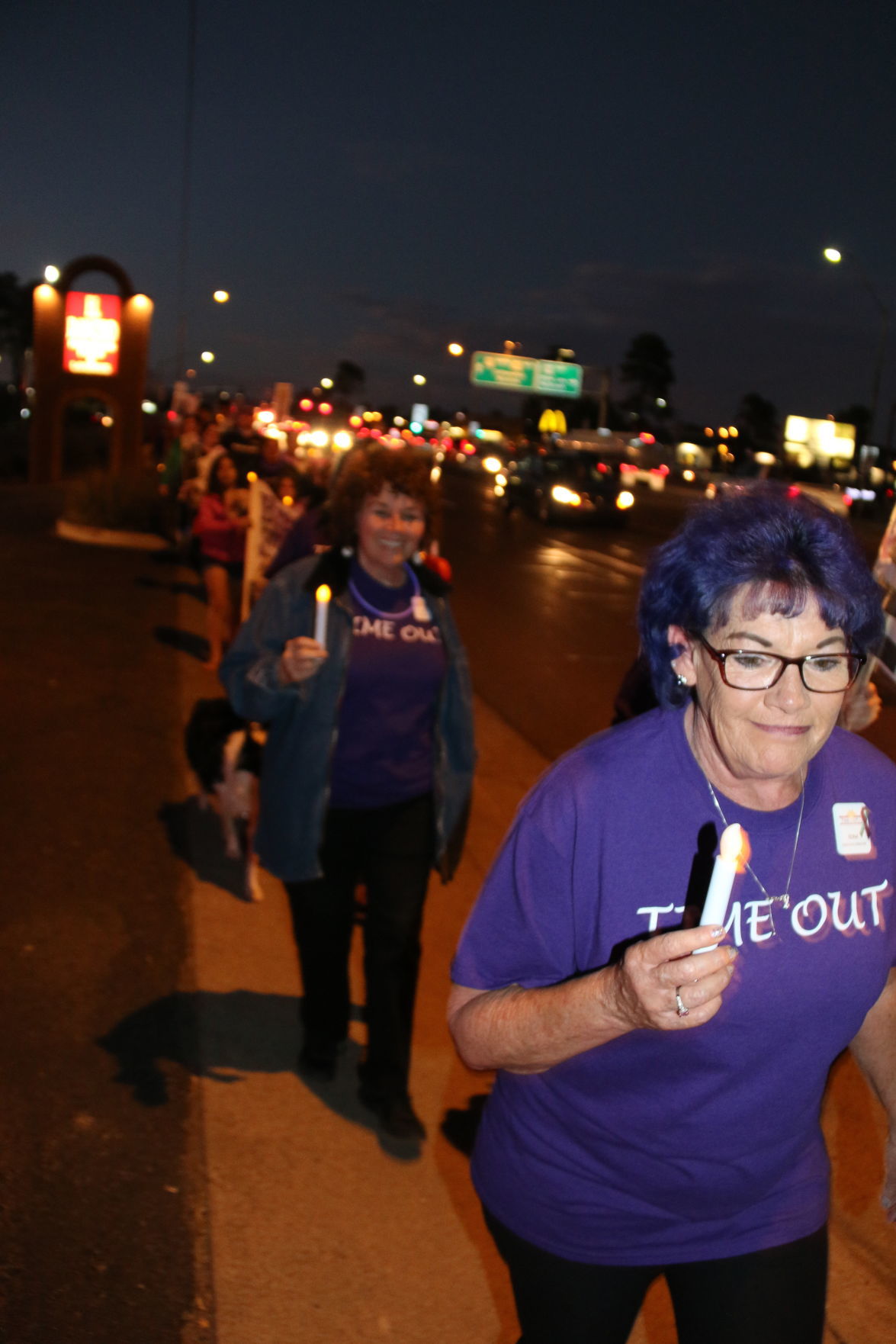 Each year, Edna Welsheimer marched with Rim Country residents to memorialize the victims of domestic violence.

The Time Out Shelter will have a new CEO in July after Edna Welsheimer retires on June 26.

Each year, Edna Welsheimer marched with Rim Country residents to memorialize the victims of domestic violence.

For seven years, Edna Welsheimer has stood watch over the Time Out Shelter in Payson, now she must retire to help her own family.

During her time with Time Out, she helped hundreds of domestic violence victims. She’s backed them up in court, helped them find a career, soothed their children, found them counselors, challenged them to change and helped rebuild their broken lives.

She also upgraded the shelter, added new programs, brought in millions in grants and ensured the survival of the only domestic violence shelter in the region.

Now as she prepares to leave, she takes tearful pride in the women and children she has helped cope with domestic violence, which affects about one-third of women in their lifetimes and has lifelong effects on the children who bear witness to the violence.

“We have to teach them not to yell,” she said. “They have seen their mom pulled across the floor by her hair. We teach them, this is not how life really is — this is how it should be.”

Welsheimer has turned the shelter staff and residents into a boisterous extended family.

And the Rim Country community has responded. During the pandemic when Welsheimer put out the word the shelter faced a crisis, community members rushed to fill its shelves with food and supplies and its bank account with dollars.

“It was like an unbelievable dream. Every day I cried. There were angels everywhere,” she said.

Now, Welsheimer must leave the Time Out family to take care of her own. Her daughter will have a nine-hour operation to remove a mass from her brain. Welsheimer, struggling with her own health challenges, will help before returning to recuperation.

“It was the perfect time for me to step off with the community’s support through COVID-19, it kept us from going under. It showed me the love of community,” she said.

But it took Welsheimer awhile to establish that relationship with the community.

“The hardest thing was to get the community to trust me. They did within a couple of years, but I felt I was being watched,” she said.

Welsheimer, the 10th leader of the shelter, stepped into the role of chief executive officer.

She leaned on the founders, Cheryl Gay and Terry Morris. In fact, Morris is her neighbor.

“I could ask them anything,” said Welsheimer, who said she’ll do the same for the new CEO Gwen Zorn.

Welsheimer learned every inch of the operation and spent a day rotating through each job in the organization. “How can I effectively make changes in the right direction if I don’t know how it operates,” she said.

She also focused on staffing. “I don’t hire anyone but the best,” she said. “If I have to do their job, I tell them, ‘I don’t need you.’”

June 26 will be Welsheimer’s last day at the Time Out Shelter.

To get here, her first task was to fix the finances.

“I opened the books, and it was the worst mess I had ever seen,” she said.

Welsheimer had seen many business messes in her life. She made a career out of start-ups by hiring their staff and setting up the books. In the past, she always moved on after two years.

But Time Out captured her heart and soul.

She found a deep passion for helping women whose lives seemed to prove that love always came wrapped in a beating. At Time Out, they learned that love means offering a kind word, lending an ear to hear a problem or taking the time to teach a skill.

“My doctor told me if I didn’t slow down, my body would give out,” she said.

But the quick-talking, quick-thinking woman couldn’t remain still. She got a part-time job doing marketing for Time Out. When the shelter’s financial woes grew critical, the board asked her to take on the director’s job.

“I had never worked for a nonprofit before,” she said. “It was overwhelming. I’ve never been that overwhelmed.”

She set up a system to track every penny and to diversify the income stream.

“I looked around the office and saw all these books. I started reading about grants and I thought, ‘What’s a grant?’” she said.

Soon, the board agreed to send her to ASU to earn a certification in grant writing.

Welsheimer also bolstered the Time Out Thrift Shop that helps support the shelter.

The shelter itself has a new playground, a new roof and a paved parking lot.

She’s also added new programs to provide not only careers and resources to families, but hope and pride.

Welsheimer has kept the building going with duct tape and a prayer, though. She now hopes the building campaign she launched will come to fruition soon.

“I am looking forward to the shelter being built in two years — the accounts are still growing for that,” she said.

Welsheimer’s greatest satisfaction comes from watching the graduates of Time Out living in Rim Country and contributing to the economy, education system and community.

Edna just heard from two of her graduates.

One sent a picture holding a college degree with a note thanking the Time Out family for helping her to believe she could do it.

“It made me cry knowing how far this woman went,” said Welsheimer.

This college grad had come to Time Out for help, then left to continue risky behavior.

“She kept calling me to help after she got arrested,” said Welsheimer. “I kept telling her, ‘Until you straighten out, I’m doing all I can. You are a mom, you have beautiful kids.’ It was the toughest thing.”

Then the woman’s husband shot her three times and tried to run over her twice. She came back to Time Out, fought hard and now has that degree.

Another woman who found shelter at Time Out has just purchased a house with her 18-year-old daughter to provide a safe space for the rest of the five siblings.

“She came to us with nothing but one child,” said Welsheimer, whose spouse kept the other five children from her.

Time Out helped her get established and gather her children. She ultimately graduated to transitional housing, a two-bedroom apartment.

She and her six children lived there until she could qualify to buy a house.

“This is what it’s all about. Seeing other people’s dreams come true,” said Welsheimer.

Now, Welsheimer says she needs time to deal with family health issues. She couldn’t leave, however, until she found just the right replacement — someone with a head for business and a heart for the mission.

She’s pleased she found Zorn, a woman with a passion both for people and business. Zorn recently owned the Anytime Fitness Gym. Zorn will start in July.

The staff and board wanted to have a big send off for Welsheimer, but the pandemic put a crimp in those plans.

Instead, anyone in the community interested can stop by the Rumsey Park ramadas on Aug. 8 from 4 p.m. to 6 p.m. to grab some pulled pork and beans and say “See you around,” because Welsheimer won’t disappear.

Welsheimer feels safe to step back and let go. But mostly, she’s grateful.