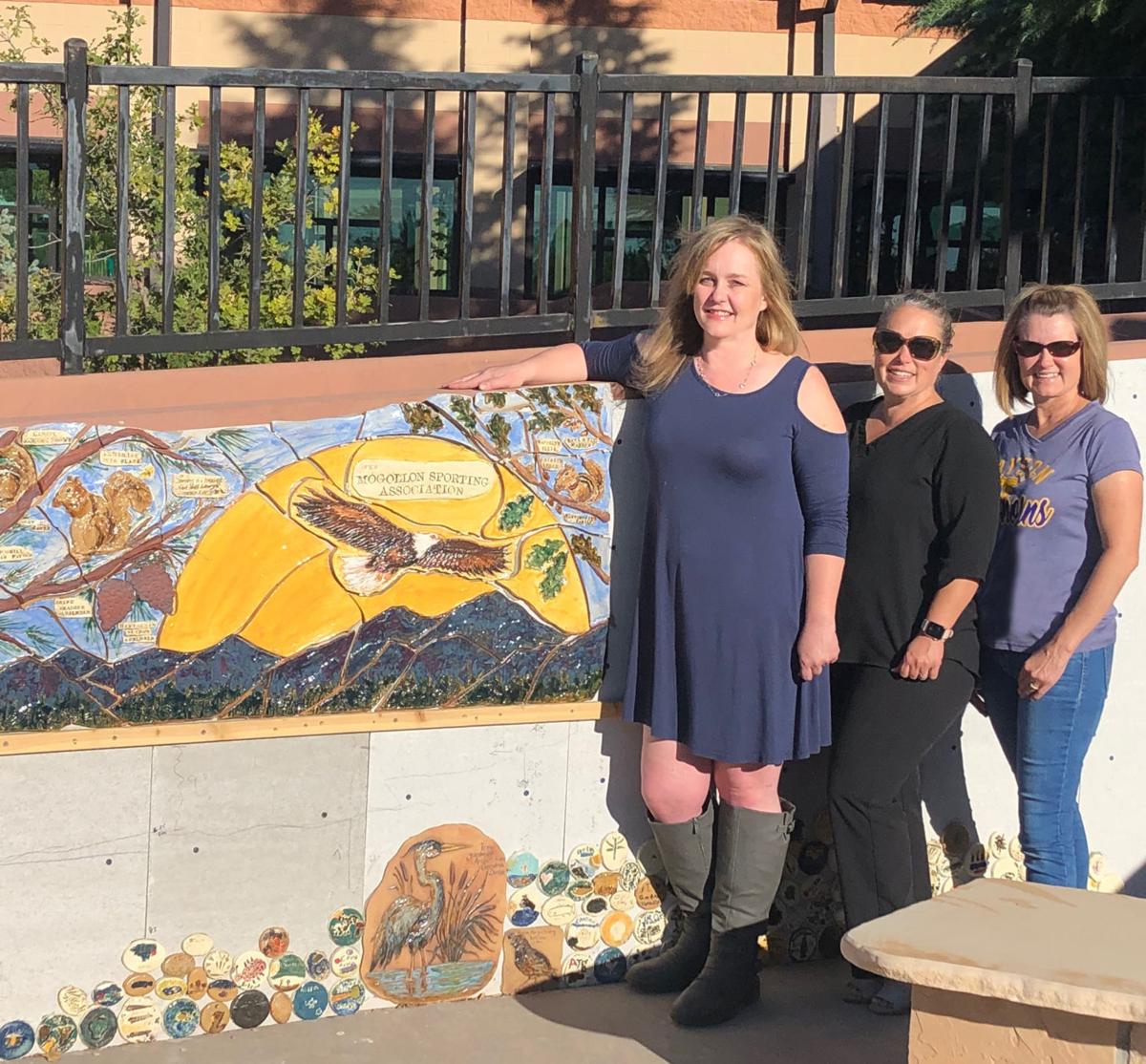 Pictured (left to right): Sarah Linkey, Audrey Hogue and Jolynn Schinstock at the installation of the donor wall at Julia Randall Elementary. 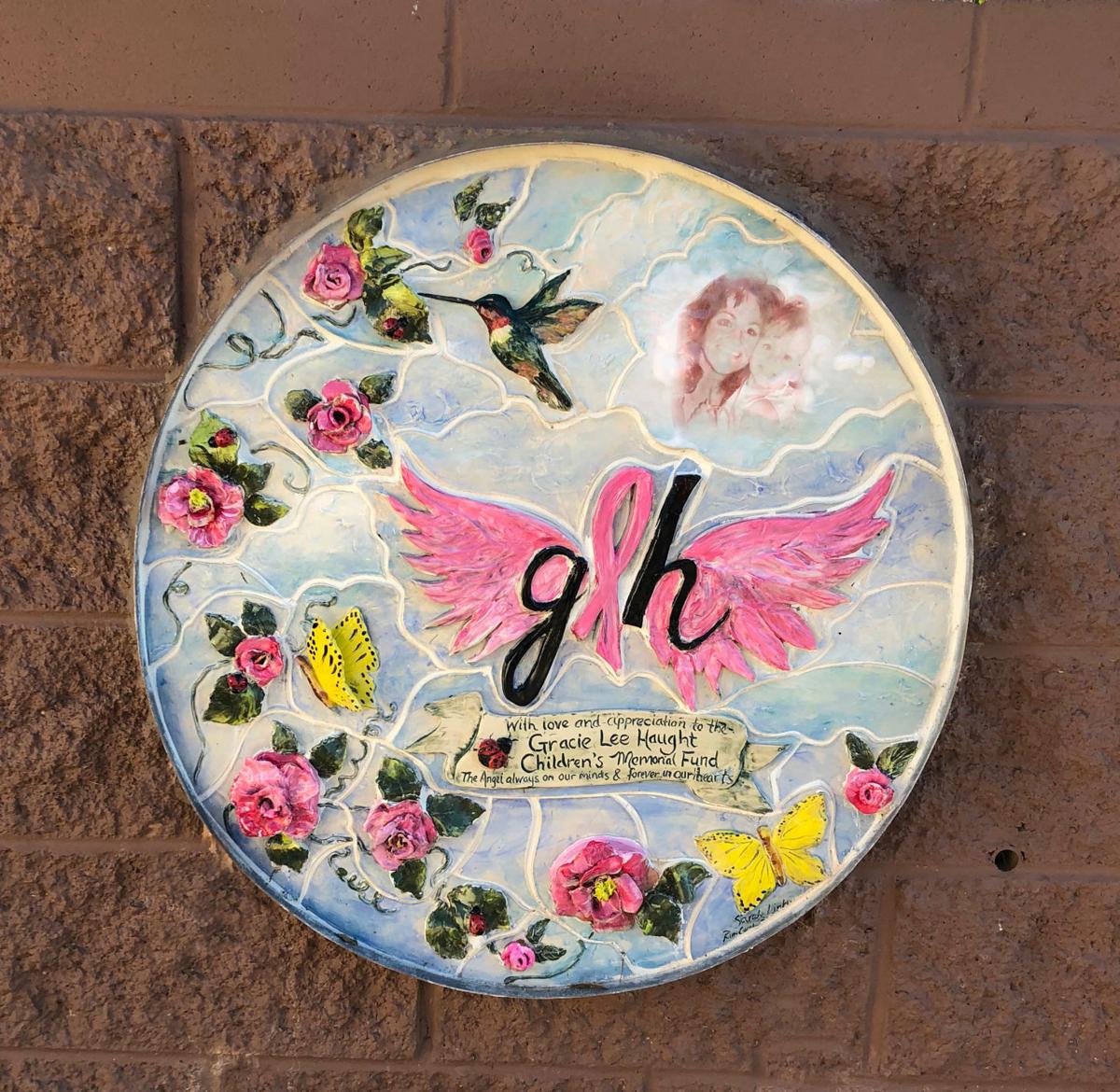 Sarah Linkey, artists that created the ceramic tiles for the donor wall at Julia Randall Elementary sought to capture the flora and fauna of the Rim Country in the tribute to community members who donated to the new playground and turf. 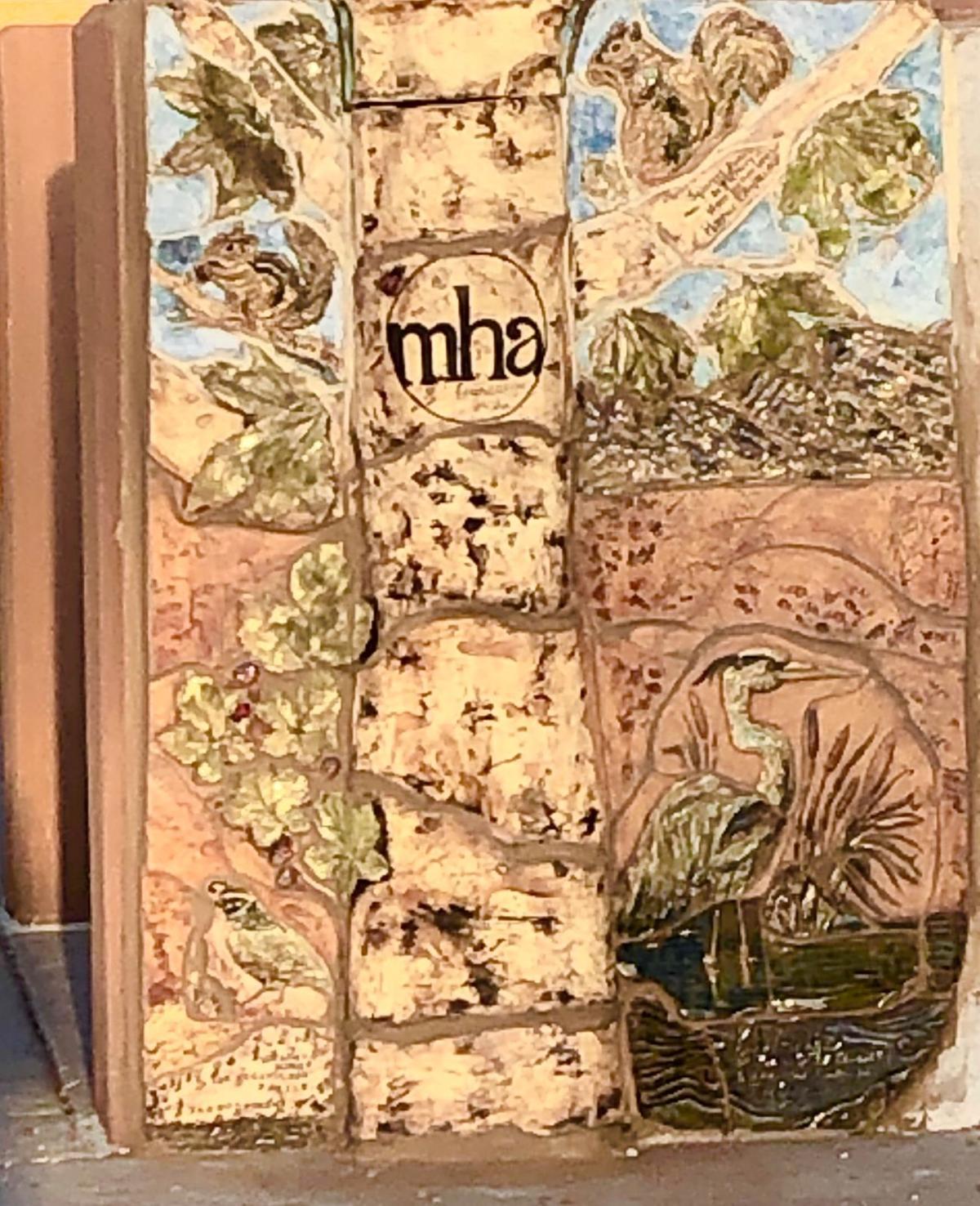 The MHA Foundation also donated to the effort to bring a playground and turf to JRE students for a safe place to burn off energy so they and focus in the classroom. 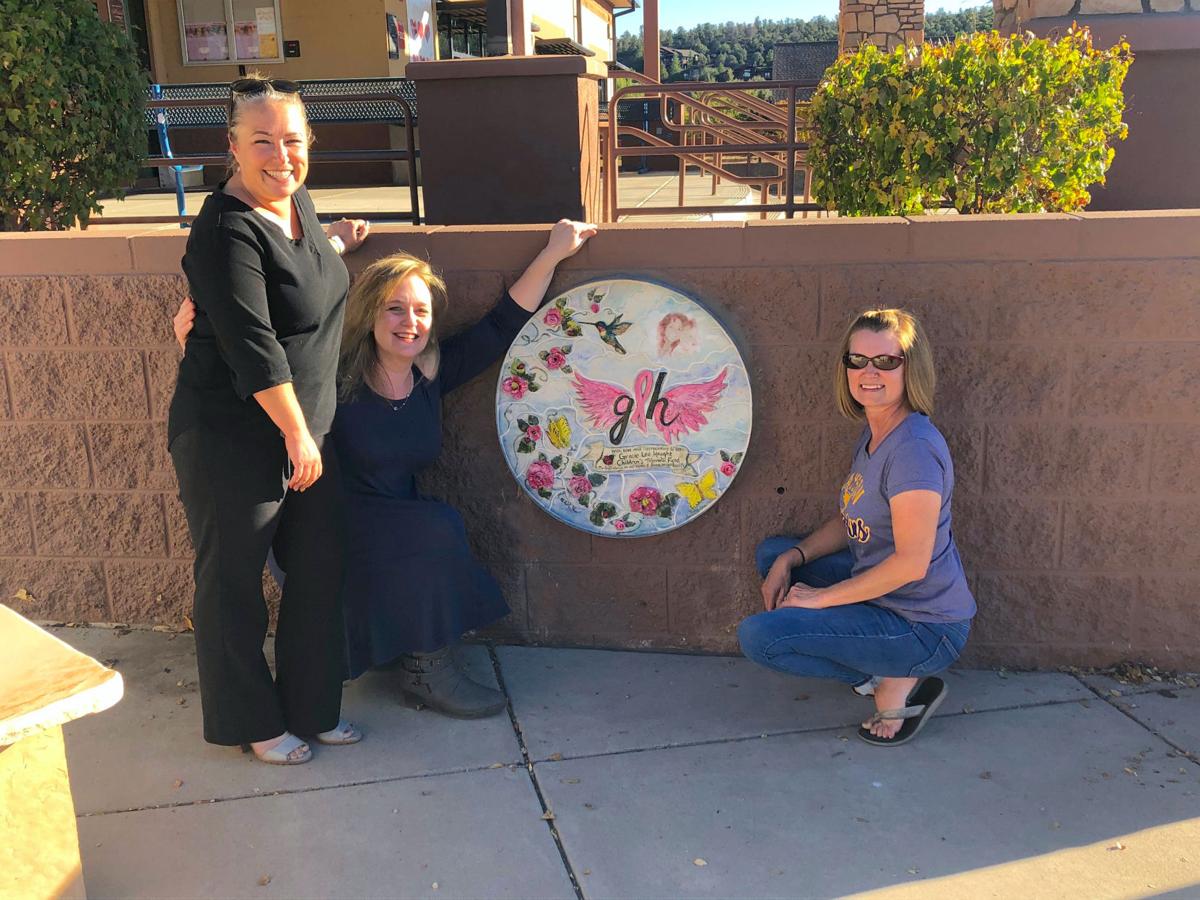 A monument to the community that gave local school children a place to play, has arisen on the Julia Randall Elementary School grounds.

Local ceramic artist and mom, Sarah Linkey, was commissioned to craft and install a ceramic wall tableau that celebrates “the special place that Green Valley Park had in the hearts of all of the children” as well as the generous donors of the town, she said.

Tiles of animals such as squirrels, chipmunks, raccoons, longhorns, roadrunners and many other critters bear the names of donors who gave more than $130,000 to build the kids at JRE a playground and install turf.

“It made most of the contributors to the project cry when they finally saw the installation,” said Linkey.

The playground solved a problem. Teachers complained students could not focus in class.

“They were expressing too much kinetic energy,” said Linkey.

Recess activities had shrunk to those that did not stir up dust, cause “bloodied, scuffed elbows, and knees” or worse.

“Children were breaking their wrists and ankles,” said Linkey.

But the district could not take on this project because of its “post-recession budget,” said Linkey.

Jolynn Schinstock and Audrey Hogue, leaders who had raised thousands for Payson Elementary School, took on the job of raising the money needed for the JRE playground. They reached out to businesses and organizations such as Parker Excavating, Center Point Dental, Payson Orthodontics, Kiwanis, Hospice Compassus of Payson, Road Runner Rubbish, Days Inn, A 2 Beeline Autoglass, Lowery’s Window and Door, Lincoln Garage, Miller Autoworks, Chili’s, and many others that bought into the project, said Linkey. Donations from that drive came to $30,000.

“This gave the Mogollon Sporting Association the confidence that matching funds had been achieved, and so they donated another $50,000,” said Linkey, whose experience as a project manager and grant writer for a successful West Central Phoenix community center helped the effort.

When the Gracie Lee Haught organization (a local philanthropy founded in memory of a pioneer family’s daughter) pitched in a final $50,000, the JRE PTO and school had enough to put in a new playground with a safe surface along with turf for soccer and tag.

Linkey feels the project offers a bright spot at a time when the school community has struggled with the fallout from the pandemic.