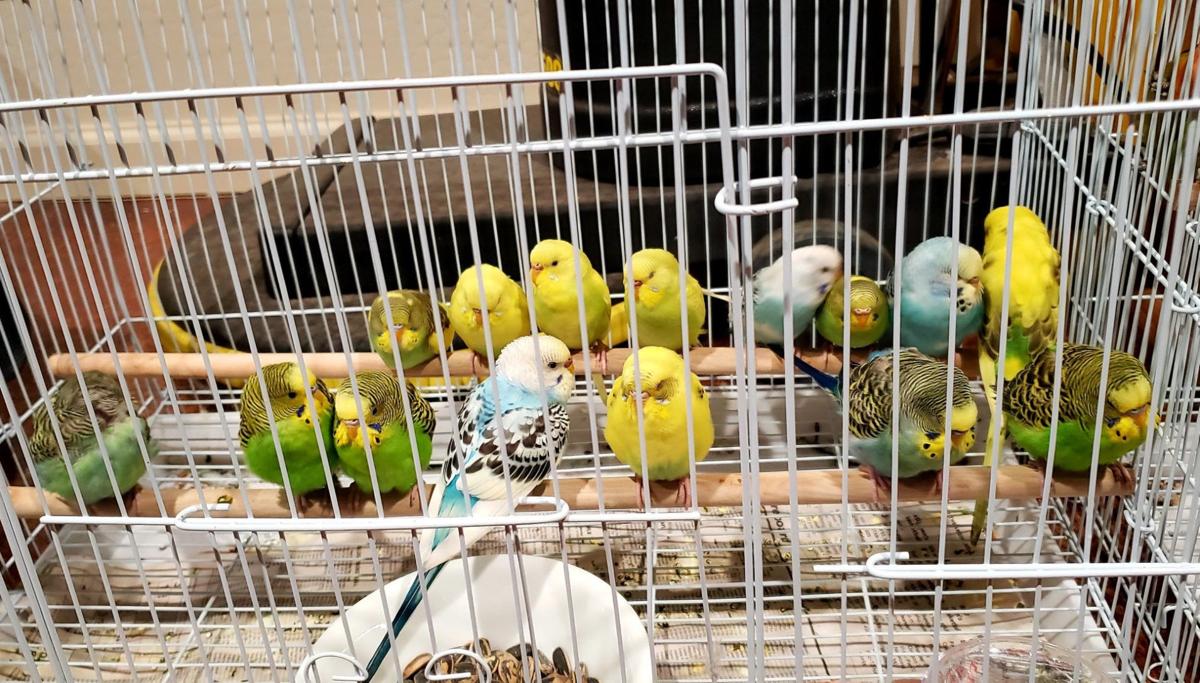 The Pine Strawberry Fire District is taking care of 19 birds that were being transported to a pet store in New Mexico when the van they were in crashed. 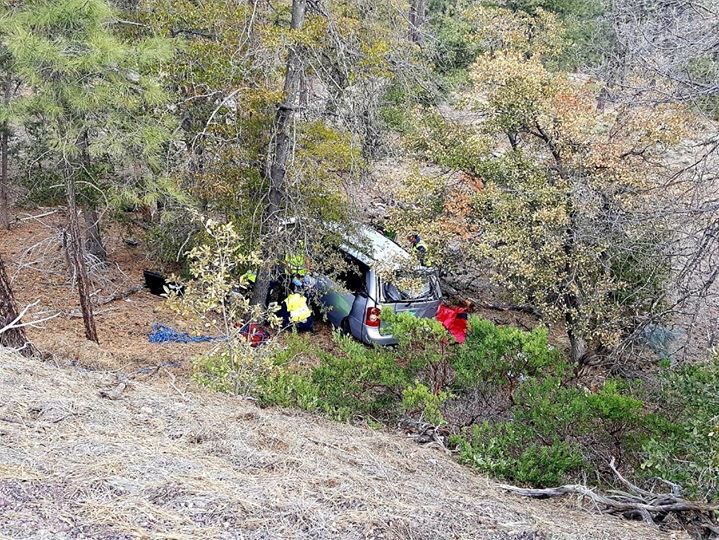 Two adults and one child were injured in this vehicle accident north of Strawberry Friday. 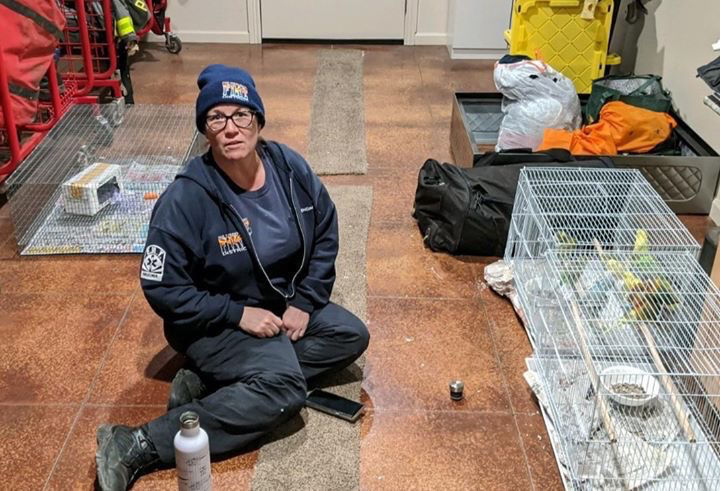 Stacy Figueroa tends to the pets.

The Pine Strawberry Fire District is taking care of 19 birds that were being transported to a pet store in New Mexico when the van they were in crashed.

Two adults and one child were injured in this vehicle accident north of Strawberry Friday.

Stacy Figueroa tends to the pets.

Pine-Strawberry firefighters not only rescued a family from an accident Friday, they also rescued a pet store’s worth of critters.

Paramedics took two adults and one child to Banner Payson Medical Center Feb. 28 after the van they were in crashed 50 feet down an embankment, striking a tree head-on, north of Strawberry on State Route 87, reported Pine-Strawberry Fire Department (PSFD) officials.

The family was traveling home to New Mexico.

“It was fortunate that the male driver, even with head injuries and bleeding, was able to get out of the van and crawl up the steep embankment and flag down a passing car. Otherwise, because the van was well down the embankment and in the brush, it may not have been seen for some time,” said Chief Gary Morris.

It took firefighters nearly an hour to reach, treat, and move the patients given the rough terrain.

First responder Patrick Reynolds, who was off duty, was the first on the scene. He cut a path through the brush so teams could move the patients up the hill as quickly as possible, said Stacy Figueroa, PSFD engineer.

Firefighters used a safety rope strung along the fresh-cut path to move the patients up the steep slope.

“That action by the off-duty firefighter saved a lot of time,” said Morris.

Two adults were transported to the Banner with serious, but non-life-threatening injuries. A 3-year-old boy in a car seat received only minor injuries. He was taken to the hospital so doctors could check him out.

The rescue wasn’t over though.

The van contained cages of parakeets, lovebirds and chinchillas headed to a pet store owned by the family. The cages for the birds were intact, but the chinchillas’ cage had ruptured. Firefighters and a Department of Public Safety officer went through the van and captured four of the seven chinchillas. In all, 19 birds and four chinchillas were taken to the Strawberry Fire Station.

“Later that evening we got to spend a little more time tending to them,” Figueroa said. “I now want a birdie.”

The PSFD will take care of the animals until the family can retrieve them.

“Everyone please know that we are in contact with the owners and their families. We have things lined up for the animals and they are being well cared for. We are not needing assistance at this time,” said Figueroa.