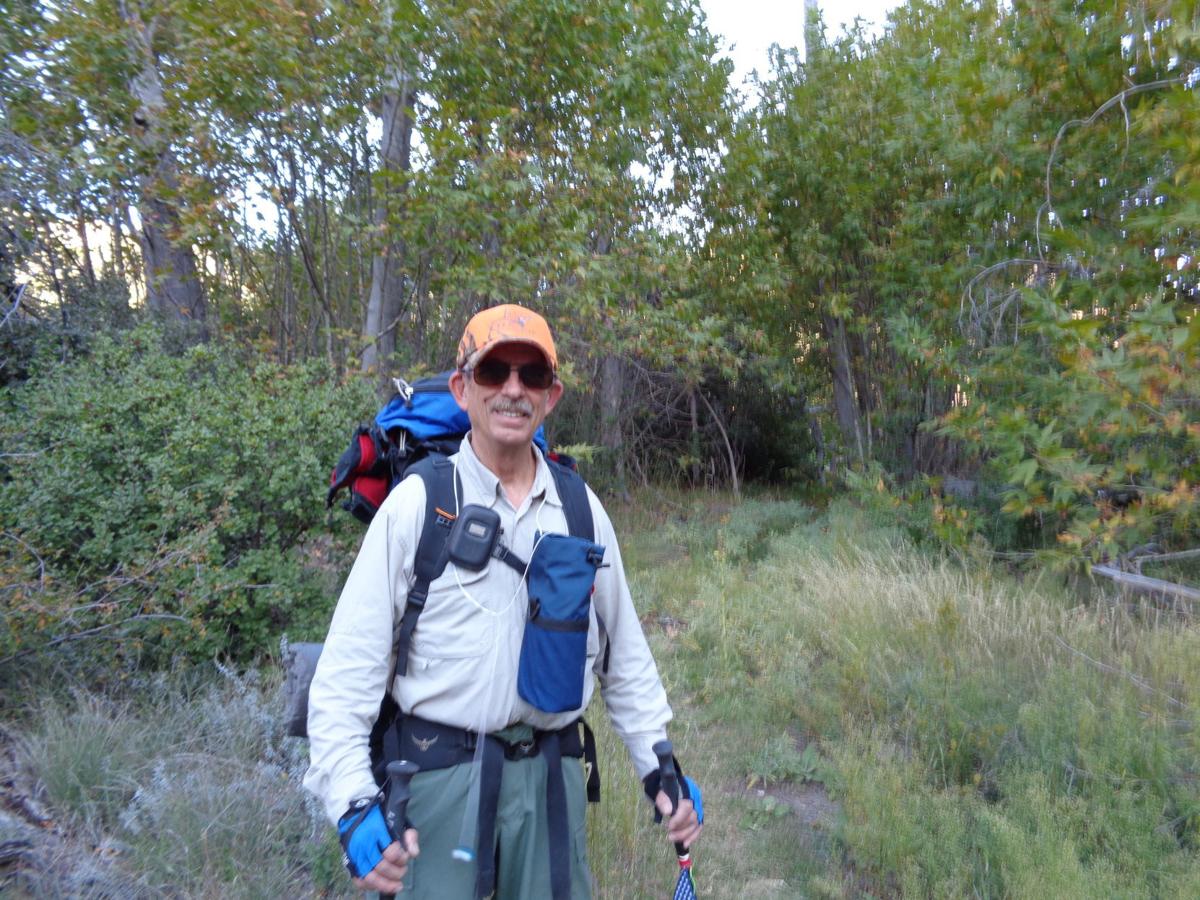 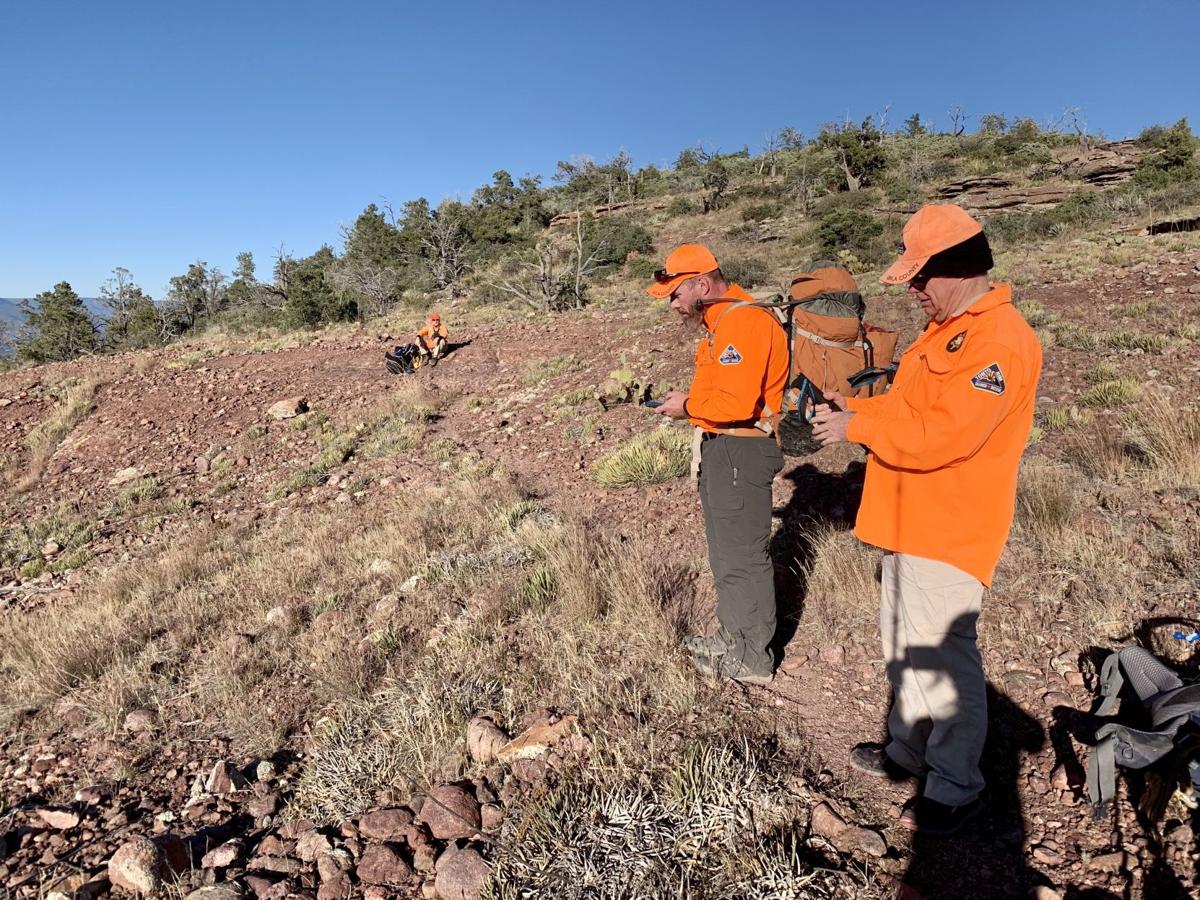 Tonto Rim Search and Rescue volunteers check their GPS devices before setting off on the Arizona Trail Wednesday morning to look for Gary Morris. (Below) Morris’ GPS led him off the trail. 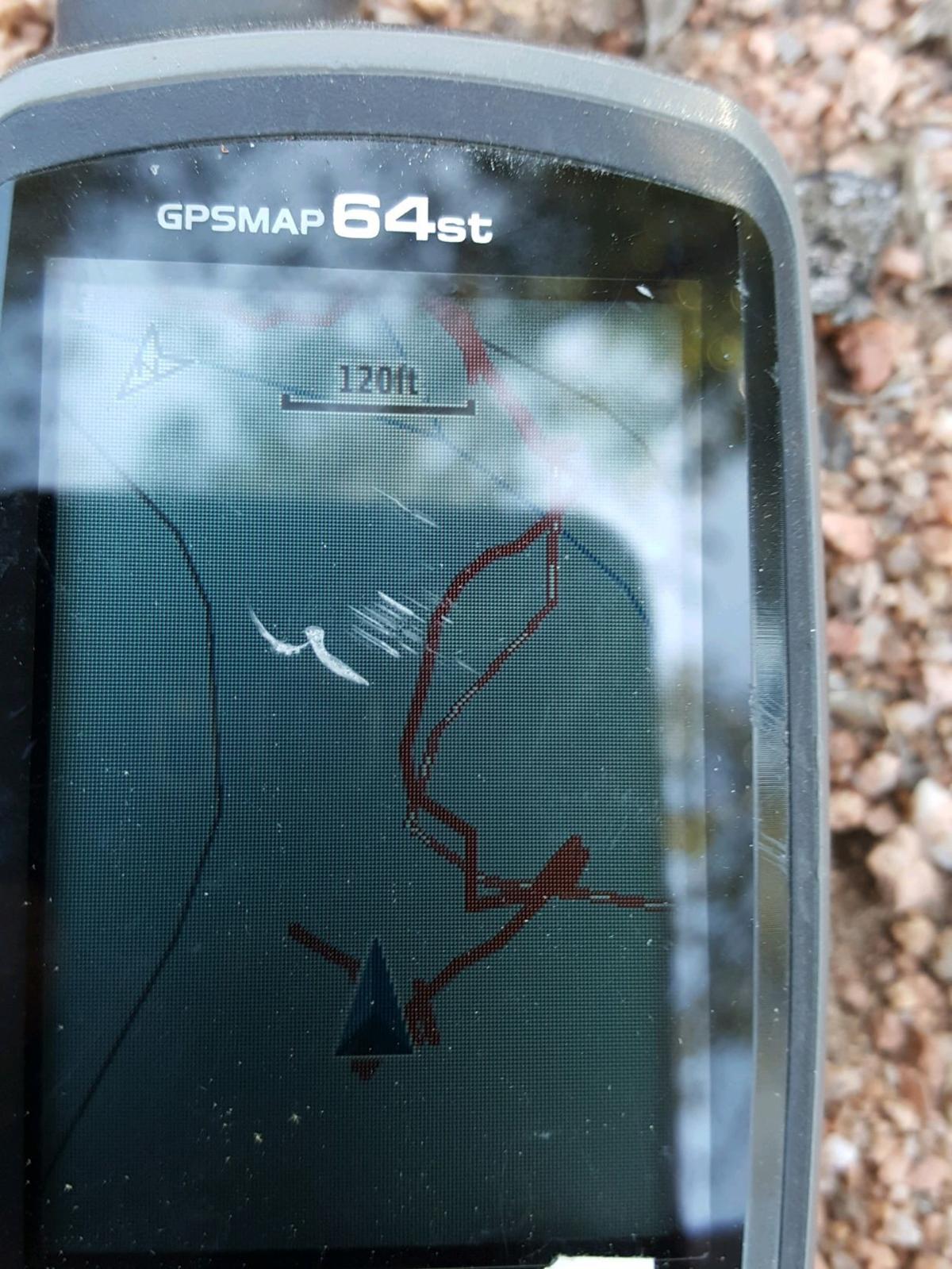 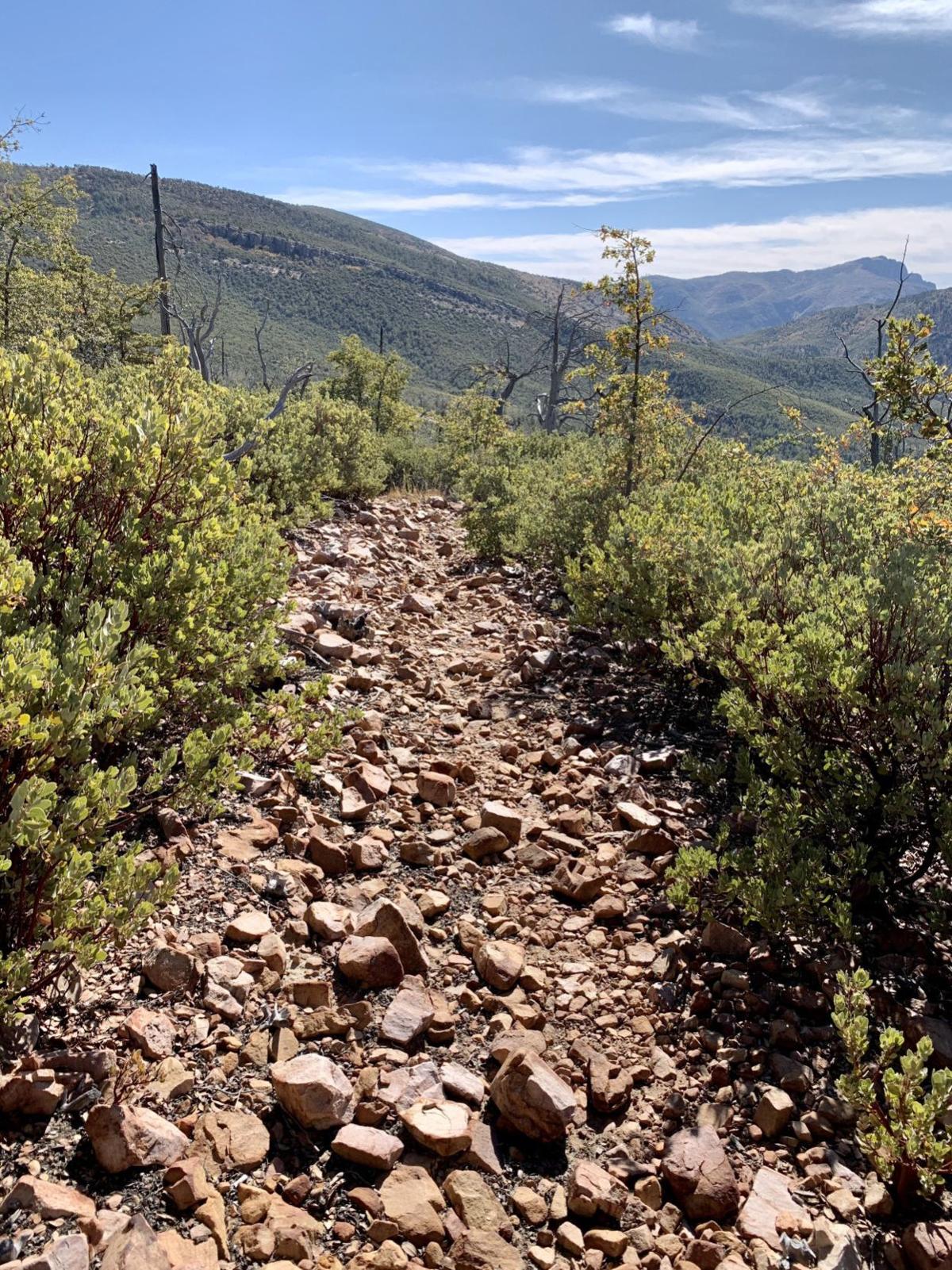 Tonto Rim Search and Rescue volunteers check their GPS devices before setting off on the Arizona Trail Wednesday morning to look for Gary Morris. (Below) Morris’ GPS led him off the trail.

New mapping software led Pine-Strawberry Fire Chief Gary Morris astray last week, and it may be responsible for other rescues off the Arizona Trail this year.

Morris said he purchased a new GPS tracker a month ago and installed a SIM card with maps of the Arizona Trail.

He tested the device on the Highline Trail, which the Arizona Trail follows below the Mogollon Rim for a distance, and everything seemed to work fine.

So, Morris set off on a four-day solo hike on the Arizona Trail between Sunflower and the Doll Baby Ranch area.

Everything was going as planned and his wife expected him home Oct. 28.

When he didn’t call as expected, she called the Gila County Sheriff’s Office, handing over Morris’ detailed hiking plan, which included his route, everywhere he planned to camp and even a picture of his boot print.

Morris said his wife was confident he would make it out all right given his experience level.

Morris says shortly after noon Oct. 28, he inadvertently got off the main trail. He believes he was roughly five miles from exiting at the LF Ranch. From the ranch, it is another four miles from the end of Doll Baby Road.

Morris plodded along, unaware he was off track until hours had passed and he was miles away in the wrong direction.

Morris said throughout the hike, he had periodically powered up his GPS to check that he was on trail, especially when the path intersected another trail.

While the Arizona Trail is well traveled, it is rocky through the Mazatzal Wilderness and there are multiple side trails leading off of it. These side trails have been known to lead hikers astray.

For Morris, an experienced hiker and Tonto Rim Search and Rescue volunteer, it was highly unlikely he would get lost. In fact, Morris said he couldn’t remember a time he got lost.

As Morris hiked further into the canyon, he realized he was off the Arizona Trail when it dead-ended at a small corral. There he found various tools, like a tree trimmer, shovel, a pickaxe and evidence someone had been there recently.

There were even rock cairns leading to the corral.

Morris believes a rancher must frequent the area.

By then it was 4 p.m. and it was getting dark. So he camped for the night, hoping to get his bearings straight the next day.

Morris said it was as good a place to get lost as any with a pool of water, tools and he was sure someone would eventually make their way down the trail to the corral and find him if he got injured.

But Morris was fine. He felt well, had plenty of food and water and a zero-degree sleeping bag.

How he had ended up in the canyon puzzled Morris.

“I spent a lot of time zigzagging through the brush,” he said. “I was looking for the trail (Arizona), but there was absolutely no trail.”

In the morning, Morris hiked roughly 1,000 feet up a nearby peak.

He couldn’t get a signal on his phone. Way off in the distance he spotted a DPS Ranger helicopter and knew his wife must have phoned the sheriff’s office and they had called DPS to help look for Morris.

“I knew things were underway,” he said. “I knew exactly what was going to happen. They were searching back where I had left the real trail.”

He raised his yellow Gortex jacket 30-feet up a dead tree to wave in the wind above the brush.

Morris started a small fire, gathering cedar and manzanita to pile on it to signal the helicopter if it came closer. But it never did.

Morris realized they likely wouldn’t head his direction, at least not for a few days.

He hiked back toward where they were searching. He said Ranger came overhead twice, but never saw him because he was in a ravine.

He hiked up to a ridgeline and then climbed a peak and turned on his cell phone. He had “one tiny bar” and sent a text message to Sgt. Dennis Newman.

With his coordinates known, DPS quickly picked him up.

“I was just in the wrong direction — five miles off.”

Now Morris, and the GCSO, is trying to figure out why Morris’ GPS sent him down that side trail.

In late March, DPS reported to the GCSO that it had picked up a 60- and 70-year-old hiker in roughly the same area where Morris got lost who also had followed their GPS.

“I plan to contact those hikers and find out if they were using the same GPS mapping system,” said Deputy Cole LaBonte.

“My wife was extremely impressed with Cole,” Morris said.

Morris said it also impressed him how many resources LaBonte had contacted. He said TRSAR and the GCSO had a very well defined command post and he is sure they would have found him had he been injured.