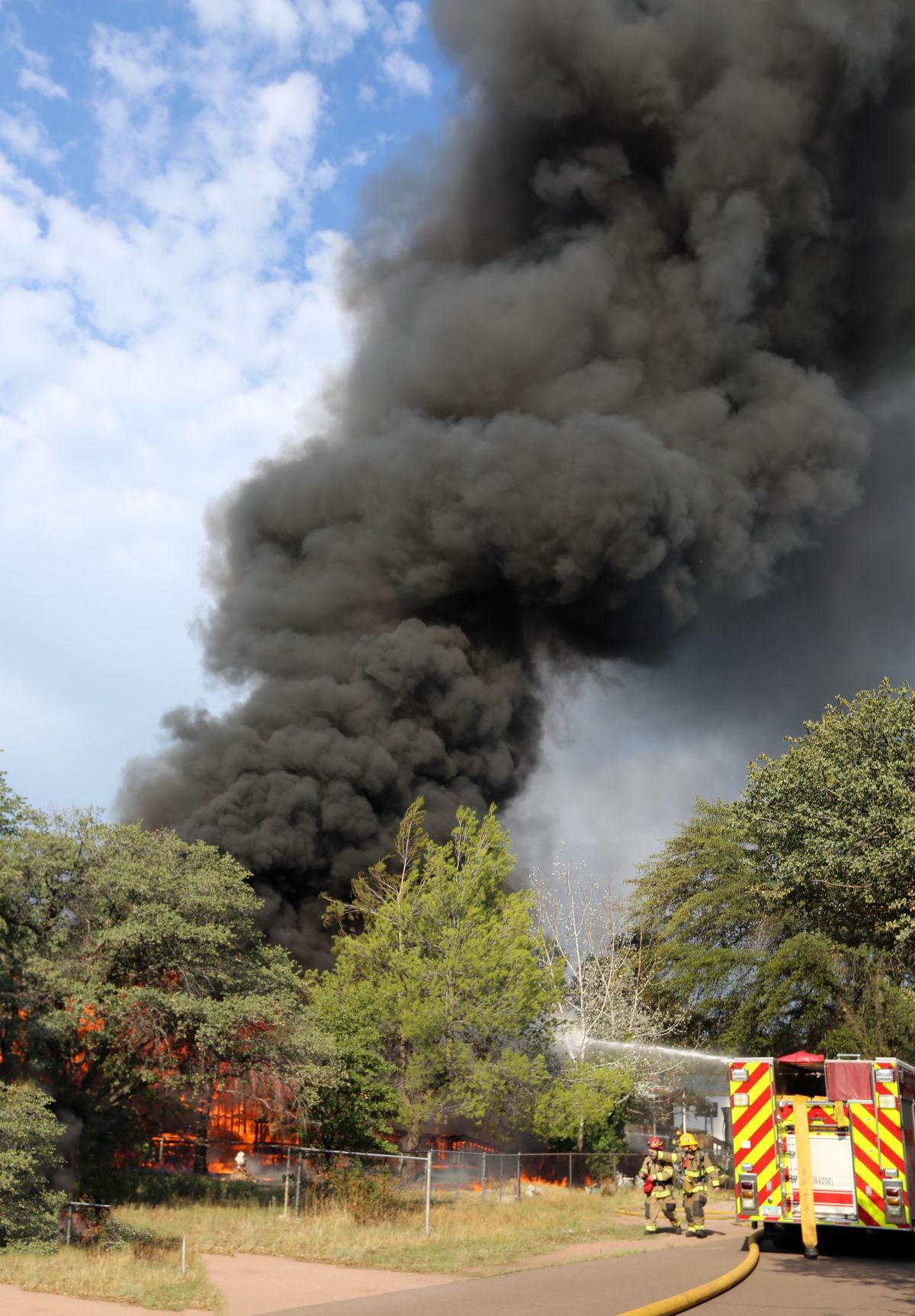 Fire destroyed a home on East Wade Lane Monday. Firefighters say the fire started in a shed and quickly spread to the home. 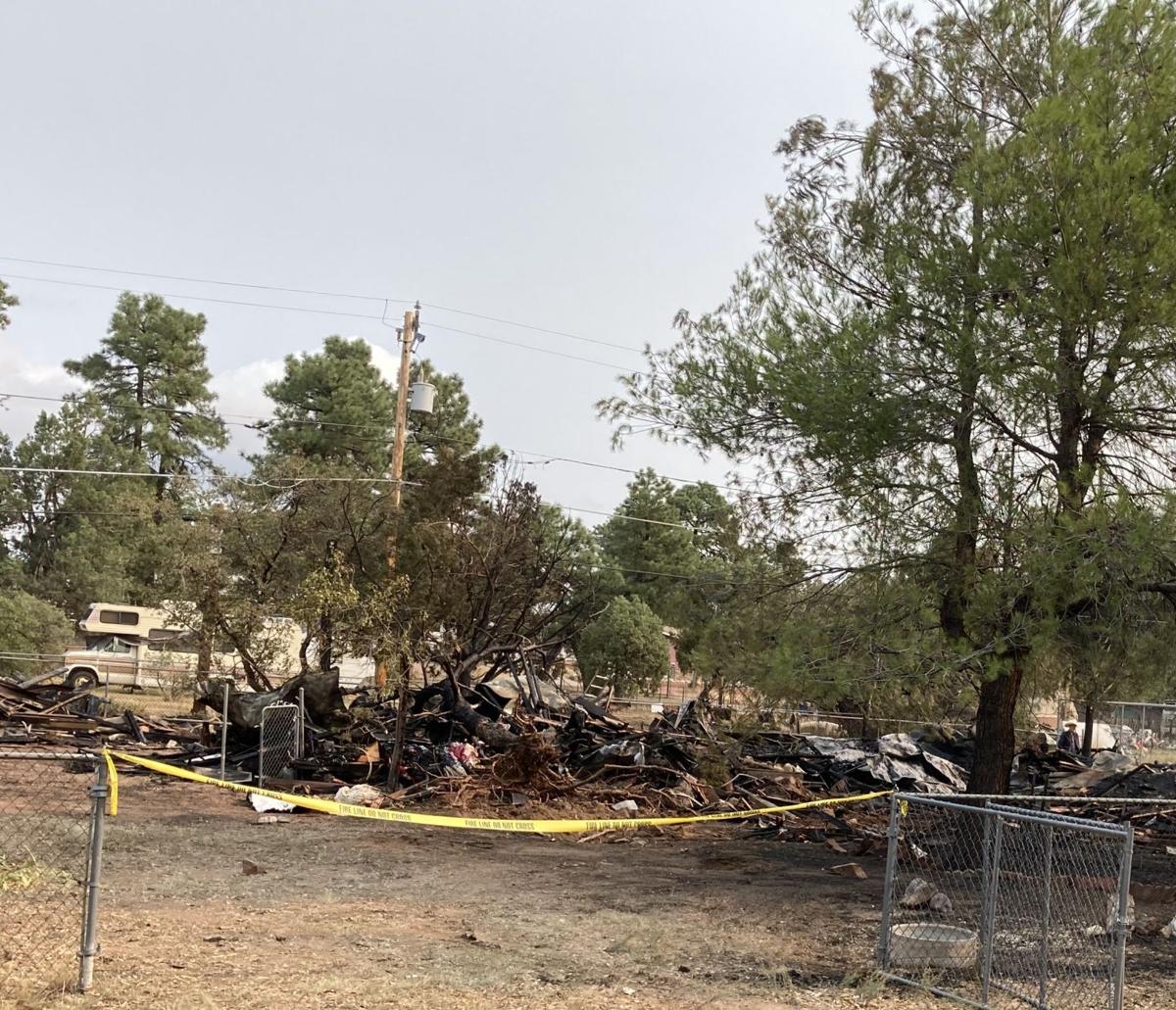 Not much remains of a home after a fire Monday.

Fire destroyed a home on East Wade Lane Monday. Firefighters say the fire started in a shed and quickly spread to the home.

Not much remains of a home after a fire Monday.

A Payson home was destroyed Monday evening and two neighboring homes damaged after a fire started in a shed and quickly spread, firefighters say.

Firefighters say it is lucky no other homes were lost as the fire was moving quickly through the dry grasses, driven by the strong afternoon winds.

Neighbors reportedly spotted the fire about 4 p.m. in the 300 block of East Wade Lane.

One neighbor notified the homeowner who got his elderly mother out of the home safely.

The fire started in a shed on the property and spread across the grass and to the trailer home, said a Payson Fire Department battalion chief.

The battalion chief said they could see the column of smoke from the Main Street station as they responded.

When they arrived, they found the home was fully involved and flames had reached a neighboring property on the east side and heat was damaging a home on the west side.

The battalion chief said they worried about spot fires starting in the neighborhood from drifting embers. Luckily, there were no additional fires.

The home was destroyed, but firefighters saved both neighboring homes.

Firefighters had the blaze under control within 30 minutes and the fire knocked down in about an hour.

No one was injured.

The cause of the fire is under investigation.